Your registration is pending.
The auctioneer will review your account in accordance with their bidding criteria. You may contact the seller directly to discuss your status.
Your password has not been updated in a while. To improve the security of your account, please update your password now. Update Password.
No Image
Lot 117

(French, 1848-1912) A FRAGMENT OF THE 'PANORAMA DE REZONVILLE' oil on canvas 475/8 by 701/4 in. 121 by 178.4 cm. Detaille's panorama vivdly recreated a moment of the Battle of Rezonville, an important juncture of the Franco-Prussian War which had taken place on the 16th August 1870. Although not present at this particular rout, the artist had himself seen active service during the conflict, notably supplying reconnaissance drawings of enemy positions. His post-war painting engendered a new phase in military iconography, supplanting its traditional heroism and theatricality with a realist treatment which acknowledged the true horrors of violence. As Detaille would later write of Rezonville, ''I tried to show a battlefield in all its reality, without posturing or compositional trickery or any of those other artifies the public greets with such approval...''. In fact, it would be hard to imagine a more ''artificial'' painterly format than the panoramic. Fired by his recent success with the monumental Panorama de la Bataille de Champigny, a collaborative venture with Alphonse de Neuville, Detaille had begun Rezonville in 1882 on a canvas 120 meters in length and 15 meters high. Upon its completion the following year the work was mounted on a circular support and exhibited to spetacular acclaim in Paris and Vienna. Enclosed on a darkened platform in the center, the brightly-lit panorama, figuratively and emotionally, placed the viewer at the frozen heart of its illusion. From this position, the viewer became a participant, he or she could thus begin pondering the complex issues of death and glory. The Grand Prix Rezonville was awarded at the Paris Exposition Universelle of 1889 marked the summit of Detaille's career, and possibly that of the panoramic form itself. For reasons of conservation the canvas was divided and sold at auction in June 1896. Fragments are currently in The Forbes Collection, New York; The Musee Carnavalet, Paris; The Palais de Versailles and other important institutions. Out section is taken from the rear of the composition and shows wouded artillerymen assisted by the Red Cross at the edge of the village. Provenance: Sale, Galerie Georges Petit, Paris, June 16, 1896 Exhibited: Vienna, Praterstrasse, 1883 Paris, Panorama National, 1883 Literature: Panorama National, ''Bataille de Rezonville (Gravelotte), 16 Aout 1870. Campagne de Metz par MM. Edouard Detaille et A. de Neuville de la bataille, Explication du Panorama. Reproduction totale du panorama developpe'', Paris, 1887, illustrated Georges Bastard, ''Le Panorama de Rezonville'', Le Monde Illustre, November 23, 1889, No. 1704, pp. 323-5, illustrated Germain Bapst, ''Essai sur l'Histoire des panoramas et dioramas. Extrait des rapports du Jury international de l'Exposition Universelle de 1889 avec illustrations de M.E. Detaille'', Paris, 1891 Marius Vachon, Detaillen, Paris, 1898, pp. 61-6, illustrated J. Valmy-Baysse, Peintres d'aujourd'hui, Paris, 1910, pp. 441-80 Jean Humbert, Edouard Detaille: L'heroisme d'un siecle, Paris, 1979, pp. 12-7, illustrated. 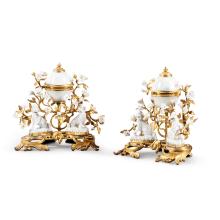