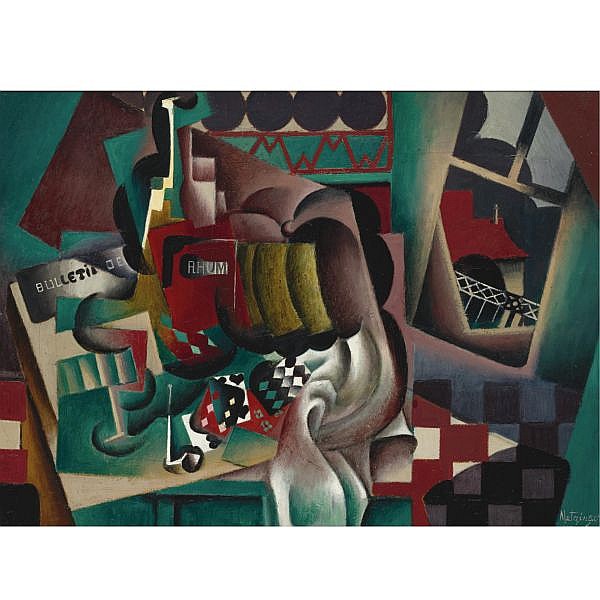 PROPERTY FROM A PRIVATE WEST COAST COLLECTION
Metzinger played a key role in the establishment of a distinct Cubist movement. He exhibited in the Salon des Indépendants of 1911, and in the following months published a series of interviews and magazine articles defining the Cubist style. Famously, Metzinger was "the first to write of the fact that Picasso and Braque had dismissed traditional perspective and felt free to move around their subjects, studying them from various points" (John Golding, Cubism: A History and an Analysis, London, 1959, p. 27).

In Du Cubisme, an essay published with Albert Gleizes in 1912, Metzinger proclaimed: "To establish pictorial space, we must have recourse to tactile and motor sensations, indeed to all our faculties. It is our whole personality which, contracting or expanding, transforms the plane of the picture. As it reacts, this plane reflects the personality back upon the understanding of the spectator, and thus pictorial space is defined: a sensitive passage between two subjective spaces. The forms which are situated within this space spring from a dynamism which we profess to dominate. In order that our intelligence may possess it, let us first exercise our sensitivity. There are only nuances. Form appears endowed with properties identical to those of color. It is tempered or augmented by contact with another form, it is destroyed or it flowers, it is multiplied or it disappears'"(quoted in Robert L. Herbert (ed.), Modern Artists on Art, New York, 1986, p. 8).