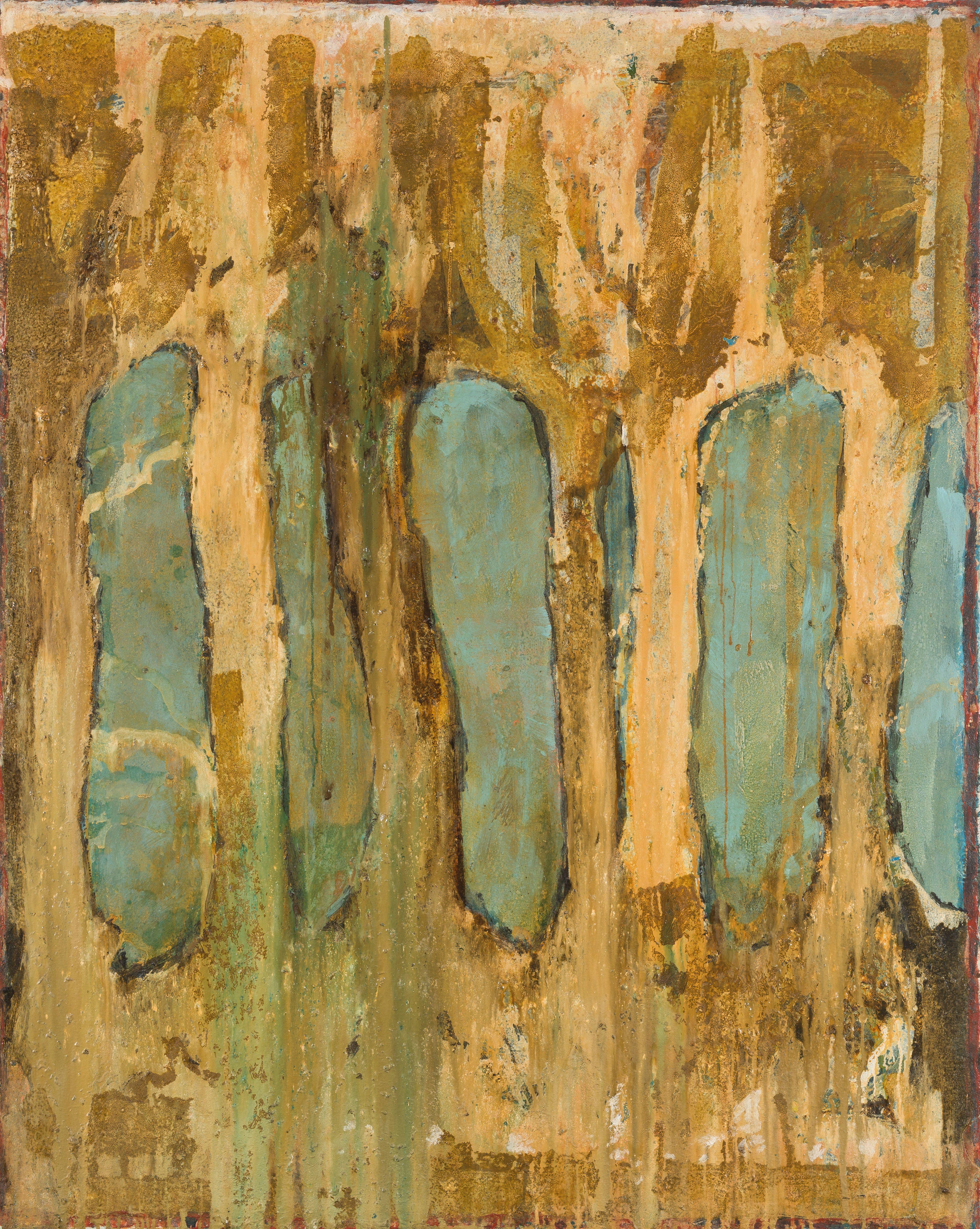 Auctions organized by the Maison de

to these conditions. Participation in the auction

implies the unconditional acceptance of these conditions

Potential buyers are invited to consider the

goods that may be of interest to them during organized exhibitions

before the auction by the Maison de Ventes Cornette

Status reports may be provided as

indicative and free of charge on request, by mail,

telephone or e-mail. These are function

artistic and scientific knowledge as of the date of

the sale and any error or omission shall not result in

the responsibility of the Auction House. The particulars appearing

in the catalog are established by the Auction House

and the expert who assists him if necessary, subject to the

notifications and corrections announced at the time

the sale. Dimensions, weights and estimates do not

are given only as an indication. The colors of the works

ranges in the catalog may be different due to

the lot is in perfect condition, or

No claim will be accepted once the award has been made

pronounced, the preliminary exposure having allowed the examination

All indications appearing in catalogues, advertisements,

or other publication made by Cornette de Saint Cyr

Brussels are only indications, not binding in any way

way the responsibility of the auction house. They

do not guarantee the author, the origin, the date, the provenance,

or the condition of the batch. It is up to the buyer to insure himself personally

the accuracy of the particulars made in these

Any claim must, on pain of forfeiture, succeed in

after the removal of the object, by registered letter. However

for sales subject to Article 1649c of the

Civil Code, the seller responds to the buyer of

any lack of conformity that exists at the time of issue

of the property and which appears within one year from

the latter, the purchaser being required, on pain of forfeiture, to inform

two months from the day on which the purchaser ascertained

and after the publication of the catalogue or, in case of modification

immediate of the item, the seller will be required to pay to the

of compensation the buyer and seller fees

calculated on the basis of the median estimate given in the

catalog. The delivery of the item withdrawn from sale will be suspended

the payment of the said fees. In the absence of

settlement, the item will be presented again for sale according to

Bidders are invited to make themselves known to

before the sale in order to allow the registration of their

The usual way to bid is to be present in

However, any bidder who wishes to make an order

purchase in writing or bid by phone can use

the form provided for this purpose at the end of the

sale or on the sites www.cornettedesaintcyr.be, www.

form must be sent to the Maison de Ventes Cornette

of Saint Cyr Brussels accompanied by an identity statement

days before the sale.

The Cornette auction house of Saint Cyr takes care of

free of charge telephone auctions as well as

purchase orders . In any case, the Auction House

a telephone connection problem as well

an error or omission in the performance of the

In the event of two identical purchase orders,

it is the oldest order that will have the preference. In case

auctions in the room for an amount equivalent to one

purchase order, the bidder present will have priority.

The highest bidder and last bidder will be the successful bidder.

auctioneer, the lot will be put back on sale, all people

present which may contribute to the second implementation of the

The sale is made in cash and conducted in euros.

Payment must be made immediately after the

sale. In the event that the successful tenderer has not done

know his personal data before the sale, he will have to

prove his identity and his bank references.

Purchasers will pay in addition to the auction, per lot and

per tranche, the following fees and taxes:

For lots from a country outside the European Union,

it will be necessary to add the VAT to the import either:

For lots whose numbers are preceded by the sign: *

an additional VAT of 6% of the auction price.

For lots whose numbers are preceded by the sign: **

an additional VAT of 21% of the auction price.

The successful tenderer may pay by the

- in cash within the limits of the legislation

- by credit card: except American Express

Purchasers who have acquired their lot(s) through the intermediary

of an online sales platform will pay

These sums are donated to the platform offering the

sale, any sum due by the buyer and remained unpaid

will be increased by 15% by operation of law and without

remains as lump sum compensation for the damage

suffered, with a minimum of principle 100 € A late payment interest

payment in commercial transactions in

the due date of the invoice, ipso jure and without implementation

The application of this clause shall not preclude the allocation

damages and costs of the proceedings

which would be necessary, and does not prejudge the possible

implementation of the crazy auction procedure.

As part of the crazy auction procedure, the House

payment of the difference between the auction price

initial and the auction price on crazy auction, if it

is lower, as well as the costs generated by the news

The Cornette Auction House of Saint CyrBruxelles is

reserves the possibility of making any compensation

with the sums due to the defaulting successful bidder. From

even, the Cornette auction house of Saint Cyr reserves

to exclude from its future sales, any successful bidder

who has not complied with these conditions of sale.

No lot will be given to the purchasers before payment

of all sums due.

In case of payment by uncertified cheque or bank transfer,

the delivery of the objects may be postponed until

From the time of auction, the objects are placed under full responsibility

of the purchaser. Small paintings

and art objects can be collected by appointment at 89

Chaussée de Charleroi, Monday to Friday from 9 a.m. to

After a period of fifteen days of free storage, a fee of

storage will be added to your slip. Any week

started is deemed due.

The furniture, and in general the voluminous rooms,

are kept in the warehouses of our service providers.

Storage costs are the responsibility of the buyer

and will be invoiced directly by the service providers according to

the rates in force. The shopping of objects does not engage

not the responsibility of the Auction House.

responsibility of the successful tenderer.

These conditions of sale are governed by law

Belgian. Any dispute relating to their existence, their

validity and their execution will be decided by the court

competent within the jurisdiction of the district of Brussels.

For Sale from Cornette de Saint-Cyr-Bruxelles 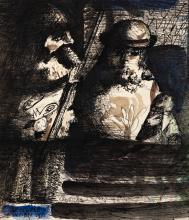 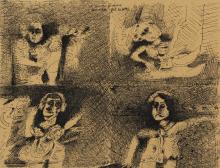 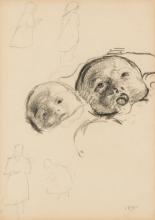 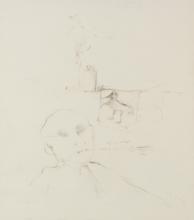