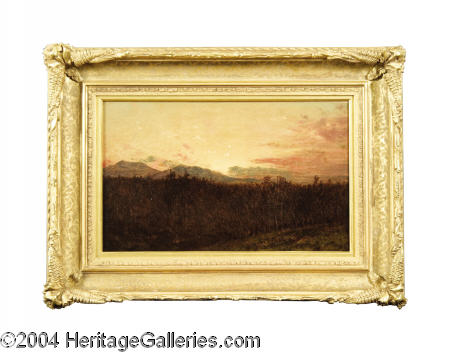 One of the greatest artists of the Hudson River School, John Frederick Kensett was considered to be "the Bryant of our painters," and is best known for his poetic landscapes and luminist seascapes. Although Kensett was a highly successful painter of detailed Hudson River School scenes in the spirit of Thomas Cole and Asher B. Durand, his work after the mid-1850s was considered by contemporary art critic James Jackson Jarves in 1864 to be "his best work. . . characterized by a successful synthesis of descriptive detail, which is translated into a rich surface of paint texture, and spare composition, stripped of embellishments."

Kensett was originally from Cheshire, Connecticut. In 1829, at the age of 13, he began his artistic career as a bank note engraver for Peter Maverick in New York City, where he met fellow artists John William Casilear, who became a lifelong friend. Later that year, Kensett returned to New Haven to work in his uncle's engraving firm. Frustrated and bored after several years working as an engraver in New Haven, Albany, and New York, Kensett traveled abroad in 1840 with Asher B. Durand, Thomas P. Rossiter, and Casilear. Kensett traveled to England, then to Paris, where he shared a room with Rossiter and subsequently with Benjamin Champney. Kensett supported himself as an engraver, in addition to selling paintings to the American Art-Union, which helped enable him to stay in Europe for over seven years.

By the time Kensett returned to the United Sates in 1848, he had a well-established reputation in America. He was elected an Associate of the National Academy of Design the following year. Kensett was a prolific artist and traveled widely during the summer months making oil sketches, which he used as the basis for larger works painted in his New York studio during the winter months. Throughout his career, he made many trips to the Berkshire, Catskill, Adirondack, Green and White Mountains, the New England Coast, and especially to Newport. He also made several trips to the West and to Europe.

Kensett was an influential and powerful figure in the American art world. In 1859, President Buchanan appointed Kensett one of three art commissioners to serve as advisers for the decoration program of the Capitol. Kensett was an active member of the Union League Club until the time of his death. From 1865 to 1869, he served on the Club's Art Committee, which was instrumental in forming The Metropolitan Museum of Art. In 1870, Kensett was elected one of the first trustees of the Metropolitan and served on the Executive Committee until his death in 1872. His work is housed in renowned public collections, including The Metropolitan Museum of Art, Los Angeles County Museum of Art, M.F. DeYoung Fine Arts Museum of San Francisco, Wadsworth Atheneum, National Gallery of Art, Corcoran Gallery of Art, The White House Collection, Art Institute of Chicago, and the Whitney Museum of American Art, among many others. 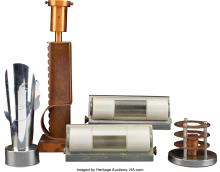 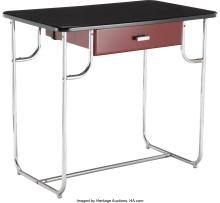 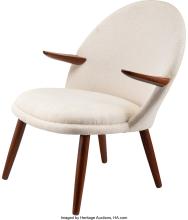 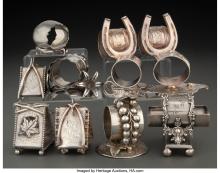 Lot of Eleven Silverplate Napkin Rings, circa 1900 Marks: THE ACME SILVER CO, TO