Your registration is pending.
The auctioneer will review your account in accordance with their bidding criteria. You may contact the seller directly to discuss your status.
Your password has not been updated in a while. To improve the security of your account, please update your password now. Update Password.
No Image
Lot 156

A BLONDE-HAIRED AND BLUE EYED YOUNG GIRL WEARING A WHITE EMBROIDERED DRESS WITH PALE PINK SASH STANDING WITHIN AN OVAL OCULUS WITH A TOWNSCAPE IN THE BACKGROUND: A PORTRAIT OF MARIA MALLEVILLE WHEELOCK oil on canvas 27 3/4 by 24 5/8 in.(70.5 by 62.5 cm.) Inscribed on the original pine stretchers, Steward of Hartford in what appears to be the the original giltwood and gesso frame. Nina Fletcher Little provides the following information on a hand-written paper jelly label: Maria Malleville Wheelock 1788-1828 only child of John Wheelock President of Dartmouth. She married Reverend William Allen President Bowdoin (College) 1820-1839. Further information provided by Mrs. Little states Maria Malleville Wheelock was the only child of John Wheelock, second president of Dartmouth College and Maria Wheelock and granddaughter of Reverend Eleazar Wheelock whose portrait by Steward was commissioned posthumously by Dartmouth College on August 28, 1793 (now in the Hood Museum). She was probably painted in Hanover in the fall of 1793 when she was five years old. She died in Brunswick, Maine in 1828 and had eight children. Her husband Reverend Allen graduated from Harvard College in 1802, was professor at Dartmouth from 1817-1820 and President of Bowdoin College from 1820-1839. Of the five known American portraits of women at a draped dressing table, all seem to date from the 1790s and three are by Joseph Steward/the Denison Limner: Maria Wheelock; Elizabeth Huntington Chester, Morris- Jumel Mansion, see Antiques, March 1951, fig. 8, p. 218; and Elizabeth Denison, Lady with Plumed Headress at the National Gallery of Art, see Elisabeth D. Garrett, At Home, p. 263. Provenance: Stephen Score, Essex, Massachusetts, 1978 Exhibited: Hartford, Connecticut, The Connecticut Historical Society "Joseph Steward", November 2, 1981- January 31, 1982, illustrated in Thomas R. Harlow, "The Life and Trials of Joseph Steward," The Connecticut Historical Society Bulletin, Vol. 46, No. 4 (October 1981), pp. 97-164, no. 60; New York, The New-York Historical Society and Museum of American Folk Art, "Small Folk," 1980, illustrated in Sandra Brant and Elissa Cullman, Small Folk, New York, 1980, p. 15, fig. 10 Literature: John Cornforth, "The Collections of Mr. and Mrs. Bertram K. Little, Part II," Country Life, (June 21, 1984); Little by Little, 1984, p. 264, fig. 348. 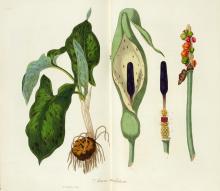 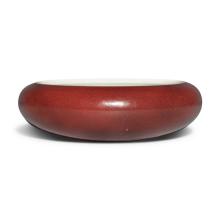 Paxton and others | Paxton's Magazine of Botany and related works, 1849-52, 5 vols, contemporary green half calf