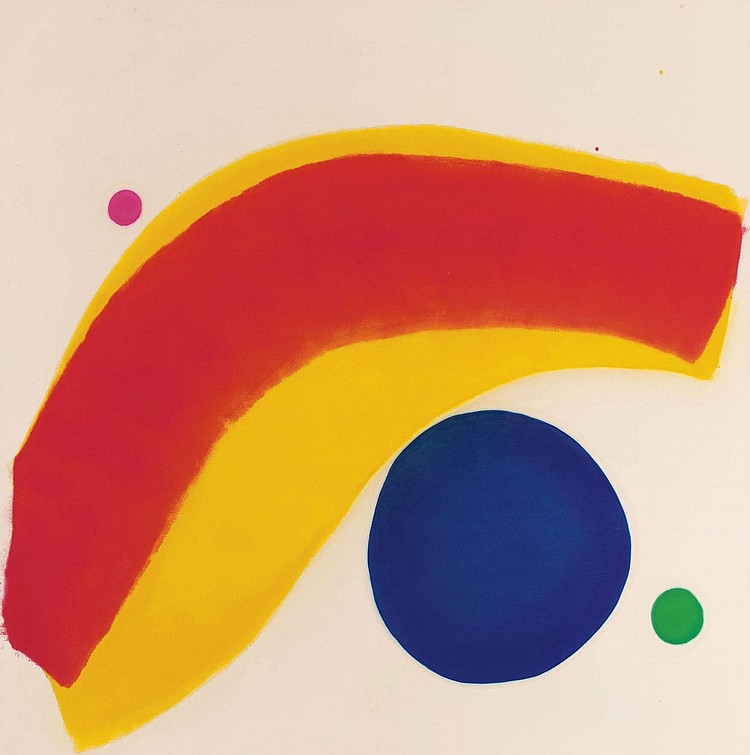 Property from the Advanta Collection

Property from the Advanta Collection

Advanta Corporation amassed an exceptional collection of post-war and contemporary art in its almost sixty-year history as a leading innovator in the financial services industry. This outstanding group of paintings by some of the 20th century's most influential artists illustrates abstraction's development into a dominant aesthetic force. These works reflect some of the same values that dominated Advanta's business practices in that they represent innovation at a moment when art became increasingly relevant to the renewal of post-war society. Advanta's canvases radiate vibrancy, which comes not only from their outstanding aesthetic appeal, but also from their continued relevance today.

This exceptionally well-curated collection brings together works that are chronologically diverse yet thematically progressive in their style, approach and ideologies of post-war art. Breaking from a long artistic tradition, these painters changed art's direction in the 20th century. In 1943, Adolph Gottlieb - an artist whom the Advanta collection spotlights - wrote a letter, along with Mark Rothko and Barnett Newman, to the New York Times, which laid the theoretical foundations for explosive changes that lay ahead: "We favor the simple expression of the complex thought. We are for the large shape because it has the impact of the unequivocal. We wish to reassert the picture plane. We are for flat forms because they destroy illusion and reveal truth" (A. Gottlieb and M. Rothko, letter to the editor, New York Times, June 13, 1943). The Advanta collection exemplifies this groundbreaking relationship of figure and ground.

In 1978, Frank Stella returned to his Concentric Squares series with Double Scramble. These paintings encapsulate his maxim, "What you see is what you see." Their reductive bands of concentric color challenged what Stella perceives as figurative art's futility. Stella, most influenced by abstraction's godfather in the United States, Josef Albers, not only adopted Albers's square, but also developed his theories of color. For Stella, representing a three-dimensional world on a two-dimensional canvas seemed pointless. His paintings reduced painterly and interpretive intrusion, while also introducing a strange vertiginous sensation in the viewer. Stella's achievement with such canvasses lie in their sculptural presence - wherein the concentric squares of flat, pure color create a tunnel, drawing us into the work, and ultimately defy the canvas's two-dimensional limitations.

Works offered in the Post-War and Contemporary Art morning session expand the ideas of abstraction and painterly process. Highlights within the morning session grouping include powerful and resonant works by Robert Motherwell, Adolph Gottlieb and Jules Olitski among others. Robert Motherwell's In Black and White No. 5 embodies the physicality of Abstract Expressionism. While summering in Provincetown, Massachusetts, Motherwell tried to replicate the forces of the sea he observed from his studio window by splashing oil paint on rag paper with all the force he could muster. We can also see this sense of natural power in Adolph Gottlieb's Amorphous, in which he evokes strong emotion using only the most elemental forms. Finally, Jules Olitski's 1964 masterpiece, Arnolfini Baby!, redefines space within the canvas using large arcs of pungent red and golden yellow.

This superb collection testifies to the lasting effect of the ideas and philosophies behind abstraction and color in art history. Selected with a connoisseur's eye for quality and a desire to survey one of the most innovative periods of 20th century art, this collection affirms art's unstoppable power to challenge and delight the senses while leave an enduring impression on society.