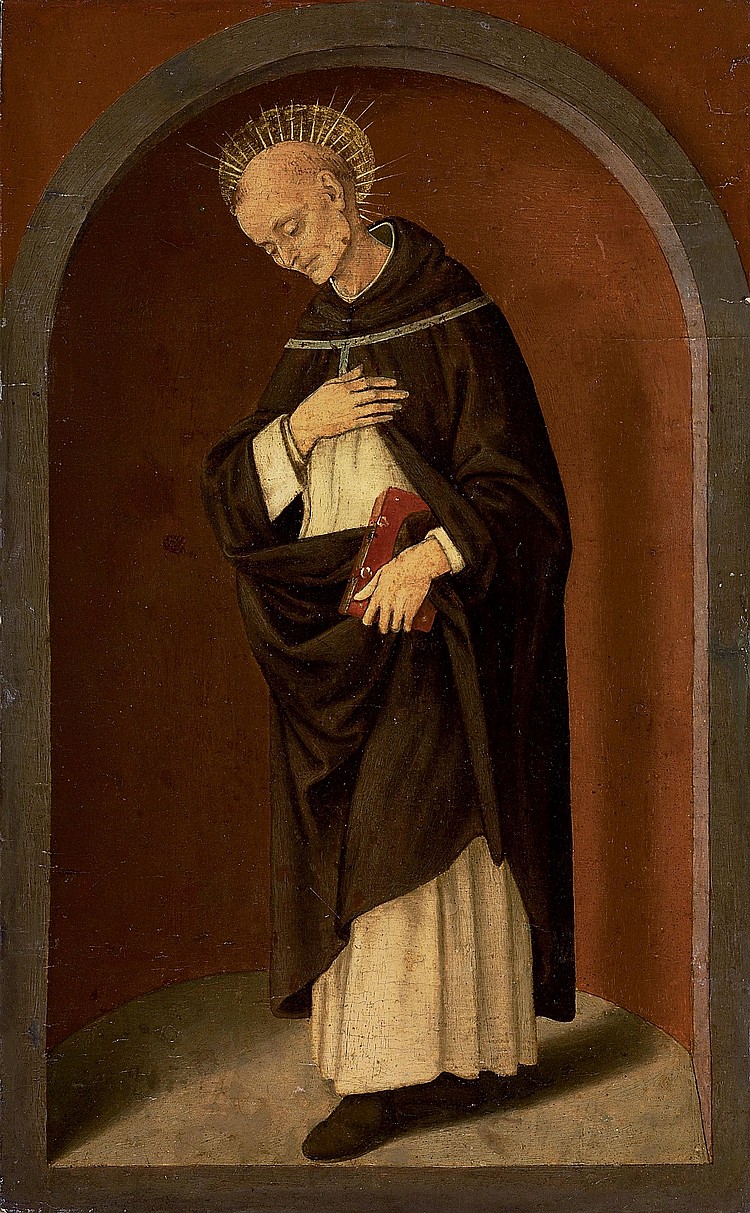 THE PROPERTY OF A PRIVATE COLLECTOR (LOTS 2 & 34)
VAT rate of 5% is payable on hammer price and at 17.5% on the buyer's premium.
Please note Payments and Collections will be unavailable on Monday 12th July 2010 due to a major update to the Client Accounting IT system. For further details please call +44 (0) 20 7839 9060 or e-mail [email protected]
This panel of Saint Antoninus was in 1925 framed with three companions showing other Dominican saints in matching niches: two of these are identifiable as Saint Thomas Aquinas and Saint Peter Martyr, while the third is of an unspecified saint of the order. As van Marle observed and Dalli Regoli agreed, the four panels must originally have flanked a fifth, of the same size, the identification of which as Saint Dominic has been challenged, shown from the front, which was in the Spiridion sale, Amsterdam, 19 June 1928, lot 24 and later in the Colonna collection, Turin (Dalli Regoli, no 125, fig. 157). A sixth panel, of Saint Catherine of Siena, surfaced at Sotheby's, London, 3 July 1997, lot 60: this may have been the left-hand element, and was presumably balanced by another panel of a female saint of the order. The panels presumably formed part of a predella, in which this panel would have been on the right side. Although regarded by Venturi as an early work, the panels are characteristic of Credi's later maturity, and were dated by Dalli Regoli to the first decade of the cinquecento (G. Dalli Regoli, 'Precisioni sul Credi', Critica d'Arte, XXXVI, 1971, p. 78).