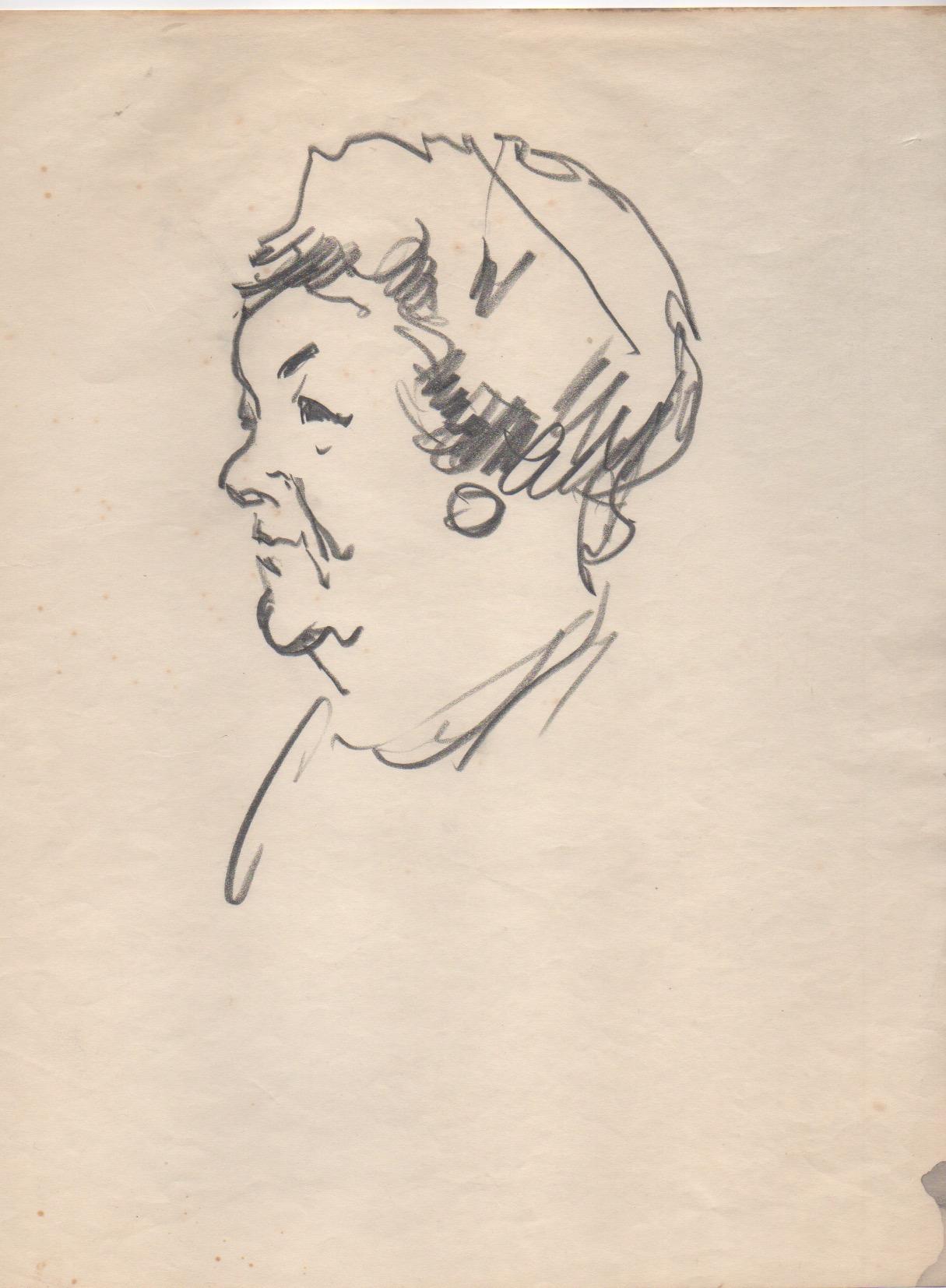 MARGARETT SARGENT (1892-1978) ORIGINAL UNSIGNED drawing, paper size approx. 10-1/2 x 8-3/4 in. Very good condition. In the exhibition of her work in NYC at the gallery that handled her estate there were 19 works on paper and all but 3 were unsigned which is NOT unusual for her works on paper. MARGARETT SARGENT, American artist. An unconventional member of an aristocratic Boston family and fourth cousin of the artist John Singer Sargent, she was an artist who rebelled against both the social conventions and artistic tastes of her class and time. Student of George Luks and Mt. Rushmore sculptor Gutzon Borglum, she was inspired by such school-of-Paris Modernists as Matisse, Picasso and the German Expressionists. She began to exhibit in 1916, eventually participating in as many as than 30 shows. She was a great beauty who challenged her conservative family to pursue a career in art. Lincoln Kirstein, founder of the New York City Ballet, gave her a solo exhibition at the Harvard Society for Contemporary Art, in a season that included Maurice Prendergast, Buckminster Fuller Alexander Calder, Henri Matisse and Pablo Picasso. Calder performed his famous miniature circus at Sargent's Boston home. Bernice Abbott photographed her, Marie Laurencin painted her daughter's portrait. She met Edith Wharton and Gertrude Stein, and collected works by Derain, Vlaminck, De Chirico Degas, Gauguin, Vuillard, Villon and Toulouse-Lautrec. She carried on affairs with lovers of both sexes, including the writer Jane Bowles, and also suffered from severe bouts of manic-depression and alcoholism. At the same time, Sargent was married to a wealthy Bostonian and had four children by him. Francoise Gilot (artist and mother of two children by Picasso) wrote that she was like Zelda Fitzgerald who struggled to be freed from the constraints imposed on them by society. An exhibition of her work was held at the Davis Art Museum (Wellesley College). A major book on her life and art has been published and the exhibition traveled from the Davis Museum to New York for exhibition at the Berry-Hill Galleries. This drawing had been in storage since her death in 1978. Because of the exhibitions, the book, and several articles [including a major article in the Boston Globe], there is at present, more than a little interest in this artist, which is sure to grow. VG. NOT FRAMED. 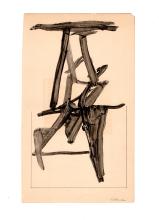 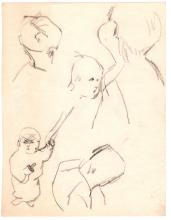 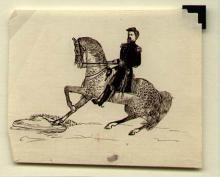 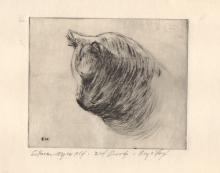