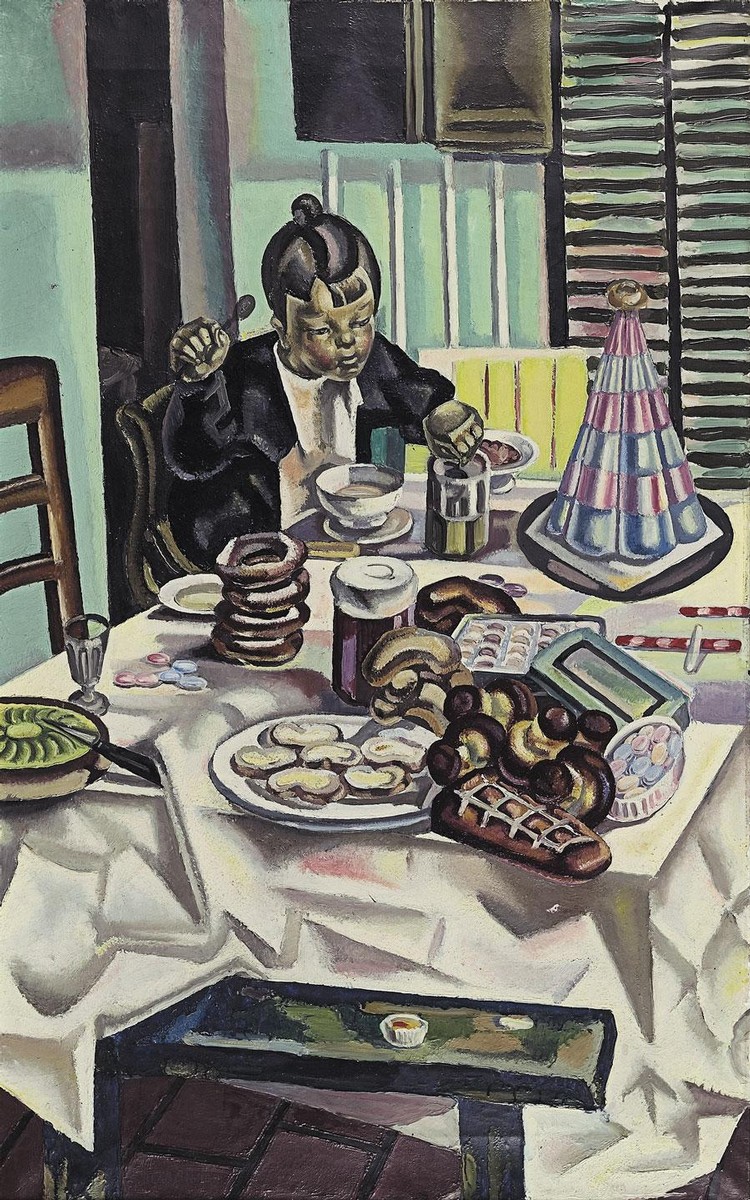 PROPERTY FROM A PRIVATE FRENCH COLLECTION

The authenticity of this work has been confirmed by Liliane Caffin Madaule, who also provided assistance in the cataloguing of this work.

In La gourmandise, Blanchard presents us with a festive scene, a small girl unable to resist the delights of tea time placed before her. Though she is alone, the table is heaving with sweet pastries, and Blanchard captures the unrestrained impulse of greediness described by the work's title, before the girl tucks into the food before her.

The composition and palette is typical of Blanchard's Cubist-derived works of the 1920s, particularly under the influence of her fellow Spaniard Juan Gris. La gourmandise is part genre scene, part still life, with an emphasis on chromatic harmony and spatial construction. The girl, with her hair tied in a top knot, has her visual echo in the towering jelly to the right of the composition; the feast appears to overwhelm her physically. The painting was inspired by a photograph of Nicole Delgouffre (fig. 1), daughter of the collector Jean Delgouffre, Maria Blanchard's most important patron during the 1920s, and the first owner of this work.

FIG. 1, Photograph of Nicole Delgouffre, daughter of the first owner of the present work
Blanchard_3BKXP_comp.jpg