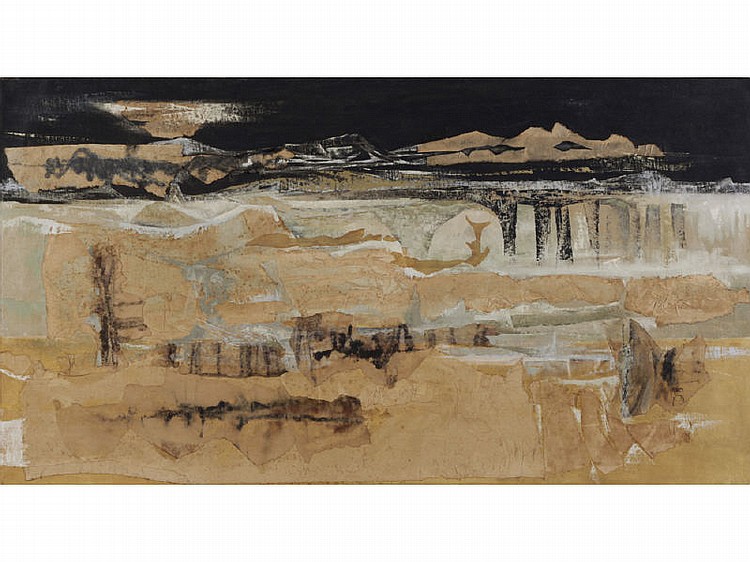 1. Thank you for your interest in our auction. Placing a bid on our items constitutes your agreement to pay as specified in the ArtFact guidelines. While every reasonable effort has been made to ensure accuracy, statements called from the auction block take precedence over any written material. On the fall of the auctioneer's hammer, the highest bidder shall be deemed to have agreed to purchase the offered lot in accordance with all of the conditions set forth herein and, thereupon will pay the purchase price in full.

2. Payment terms: All items are to be paid for within 10 days of auction end by a) Cash (in house), b) Cashier's Check c) Properly authorized Visa, MasterCard, d) Money Order in U.S. dollars, e) Bank Wire Transfer. WE DO NOT ACCEPT PAYPAL. No property will be released until payment in full is made on the items.

4. All sales are final. Notwithstanding any other terms of these conditions, any and all refunds shall be given at the sole discretion of Myers Auction Gallery. Refunds requested on the grounds of authenticity must be made within 20 days of the auction date, and such requests must be accompanied by at least one supporting statement in writing from a recognized authority, stating that the painting or art sold, is incorrect or is not work of the artist. A recognized authority shall be defined as a person who has authored, edited, or substantially contributed to a monograph on the artist, a person who has curated, organized or substantially contributed to a solo exhibition of the artist, a person who has represented the artist's estate or someone who worked closely with the artist while they were alive and in any of the above instances physically handled the works of the period, medium and subject matter in question during the course of their duties. Please note that dealers who advertise to buy a wide range of artists, appraisers and representatives of other auction firms, do not qualify as authenticators of individual artists unless they have had specific involvement with an artist's work as specified above in addition to their daily duties. Any item lot in question must be returned to Myers Auction Gallery in the exact same condition as when sold.

6. We reserve the right to withdraw any property at any time before the actual sale. Unless otherwise announced by the auctioneer at the time of sale, all bids are per lot as numbered in the catalogue and no lot shall be divided for sale.

7. Myers Auction Gallery expends much time and effort describing all items as accurately as possible. We provide quality images, detailed informative descriptions and take special care to note any imperfections and damage. Please bid with confidence and feel free to call 727 823 3248 or email us at [email protected] with any questions well in advance of the auction. All property is sold "as is" and neither we nor consignor makes any representation or warranty, expressed or implied, as to the merchantability, fitness or condition of the property or as to the correctness of description, genuineness, attribution, provenance or period of the property. In the event that a refund is authorized any and all shipping costs will not be refunded.

8. Estimated Prices - As a convenience to our clients, we furnish pre-sale estimates for all materials included in the auctions. These estimates are only our approximate valuations and should be taken as educated guesses based upon comparable auction values, not as "prices." Bidding normally begins at about one-half the low estimate, but the final bid price may well be less than or more than any estimate printed.

9. With respect to all property, a buyers premium of 15 + 3% of the successful bid price will be added thereto and is payable by the purchaser as part of the total purchase price.

10. With respect to sold property; all lots must be removed from our premises at the purchaser's expense, no later than twenty days following the date of the auction. We reserve the right to transfer non-removed property to a storage facility at the purchaser's risk and expense unless prior arrangements have been approved by the auctioneer.

11. All shipping arrangements and costs are the sole responsibility of the buyer. We are happy to assist in the transfer of merchandise to a shipper of your choice. Buyers should request a shipping quote prior to bidding. For your convenience local shipper Thad, at PKG Shipping has provided the following link:

to obtain individual shipping quotes on items. Once you click the link, scroll to the item for a quote. To the left of each description, is the shipping quote from PKG Shipping. You may also contact Thad Deye of PKG Shipping at 727-895-7547 or by email at: [email protected]

There are other reliable shipping companies to use and they include:

LARGER ITEMS SHIPPING SUGGESTIONS Items too large for standard shipping such as furniture.

There are of course, many other local and national shippers located in our area. We are not responsible for any delays on the part of this third party shipper, should there be any. We recommend shipping all items insured. Should any damage occur to items transported by a third party, we are not held responsible. In the event that an item is approved for a return, shipping is not refundable.

12. We are prevented by fire, theft or any other reason whatsoever from delivery of any property to the purchaser, our liability shall be limited to the sum actually paid by the purchaser.

ALL SALES ARE FINAL.