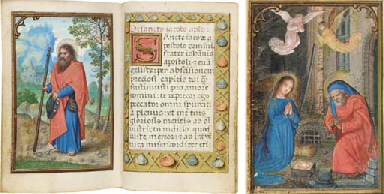 MINIATURE BOOK OF HOURS, use of Rome, in Latin, ILLUMINATED MANUSCRIPT ON VELLUM

Lot 35: MINIATURE BOOK OF HOURS, use of Rome, in Latin, ILLUMINATED MANUSCRIPT ON VELLUM