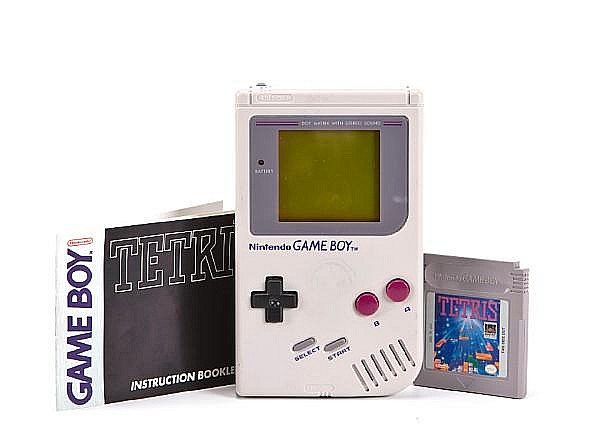 A space Nintendo, flown on Soyuz TM-17 to the Mir space station by cosmonaut Aleksandr A. Serebrov in 1993. This Game Boy spent 196 days in space and has orbited the Earth more than 3,000 times. Upon its departure from Mir, TM-17 accidentally ran into the space station, fortunately causing no major damage.
Tetris, one of the most famous computer games ever, was invented in the Soviet Union and is therefore a particularly apt pastime for a cosmonaut on Mir.
Together with SEREBROV'S autograph provenance note signed, in Russian, dated May 20, 1994, stating that "Like all cosmonauts, I love sport. My particular favorites are football and swimming. During flight, in rare minutes of leisure, I enjoyed playing Game Boy." He goes on to state that he is consigning the present Game Boy to auction. The provenance note is on the reverse of a certificate electing Serebrov an honorary member of the USSR American Football Union.
When he wasn't playing with his Game Boy, cosmonaut Serebrov made several spacewalks, and was the first Russian to fly a rocket-backpack in open space.
Provenance: Aleksandr A. Serebrov; Russian Space History, Sotheby's, New York, March 16, 1996, lot 395.