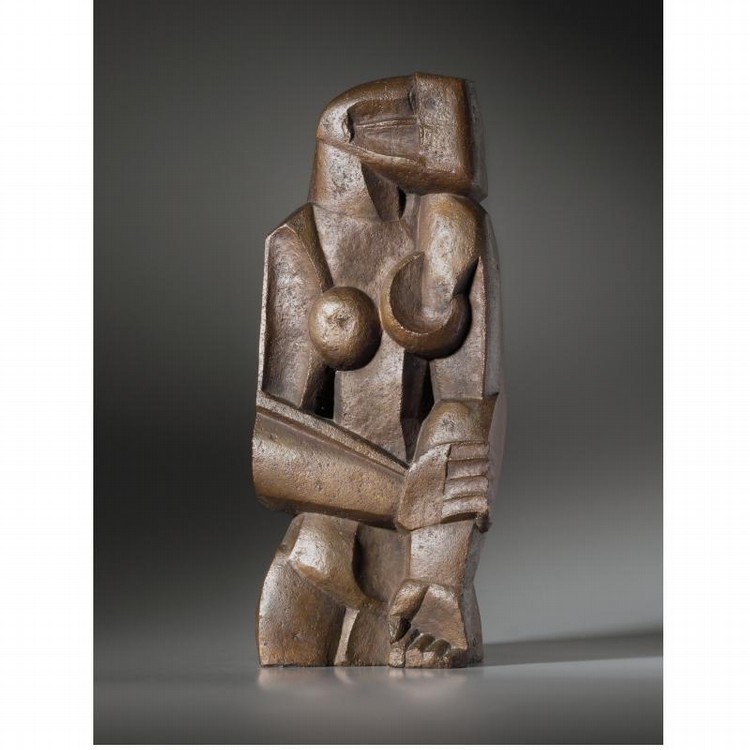 Conceived in 1922 and cast during the artist's lifetime.

This work is recorded in the archives of the Musée Zadkine, Paris.

Following in the footsteps of Picasso and Léger (fig. 1), Zadkine moved past a rigorous interpretation of Cubism by the time the present work was conceived. Zadkine declared, "As soon as I freed myself from Cubism, my work showed a return to something which has always given me pleasure, a return to the visible object, to the complete transformation of Nature. Underlying my creations, there is a sense of freedom, freedom to create a whole world thanks to my having rediscovered the true nature of my own personality." (Ionel Jianou, Zadkine, Paris, 1964, p. 38)

The solid, hieratic structure of Femme debout also expresses Zadkine's interest in primitive African sculpture. He constructs the human body through geometric forms arranged in a rhythmic manner. This play of concave and convex shapes creates an undulating surface that brings out the rough quality of the material used and displays Zadkine's unique vision.