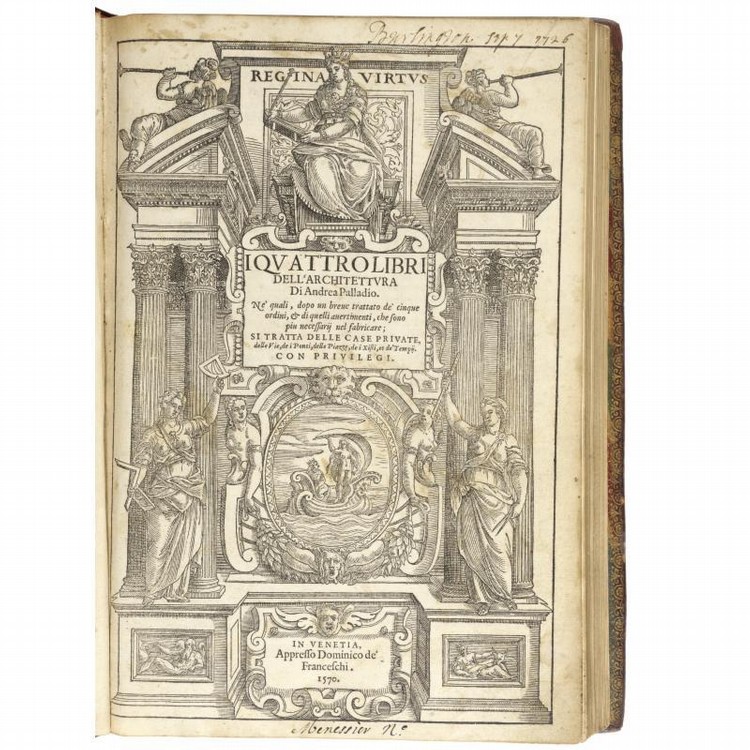 Richard Boyle, 3rd Earl of Burlington and 4th Earl of Cork (1694-1753), was a practising architect to whom is owed the flourishing of Palladianism in eighteenth-century England. He had a substantial collection of drawings by Palladio and others and an extensive library of architectural works. In 1730 he had published Fabbriche antiche disegnate da Andrea Palladio Vicentino, which Palladio had intended to include in his Quattro Libri. Burlington's library at Chiswick House contained four copies of the 1570 Quattro Libri; according to Philip Ayres ("Burlington's Library at Chiswick", Studies in Bibliography XLV (1992), 113-127), the first copy acquired by Burlington is dated January 22 1728 (i.e. 1729), making this the first copy acquired by burlington. Two other copies were also bound for Burlington in very similar fashion. His daughter Charlotte married the 4th duke of Devonshire, and upon Lord Burlington's death she inherited his architectural library, much of which is still at Chatsworth House. It is unclear how a volume from Burlington's library could have made its way into the possession of the Stanhope family.

Mary Hyde Eccles (1912-2003) was an avid book collector, married first to Donald Hyde, with whom she established a centre for the study of Samuel Johnson in New Jersey, and then to David, Viscount Eccles, the first chairman of the British Library Board. Another copy of this work from her collection was sold at Christie's New York, 9 June 2004, lot 13.

first edition of Palladio's infuential architectural treatise. Palladio, originally trained as a stonemason, soon came under the patronage of Giangiorgio Trissino, a Vicentine nobleman, humanist and amateur architect. Palladio first visited Rome in 1541 where he was able to study contemporary (High Renaissance) architecture as well as Classical remains; his drawings and reconstructions of Roman buildings have been much studied by archaeologists.

The Quattro Libri make extensive use of Palladio's own domestic constructions, predominantly elegant but functional villas on the Venetian terrafirma, for illustrative purposes. There are also studies and details of the five orders of architecture, various Roman buildings in Italy and elsewhere, piazzas, basilicas and bridges.

Request more information
Contact: Sotheby's
Auction: The Estate of Christian, Lady Hesketh:Sold by order of her Executors, together with property of the Trustees of the 2nd Baron Hesketh's Will Trust
Auction Date/Time: March 7, 2007
Lot 226: PALLADIO, ANDREA.
Cancel

The Estate of Christian, Lady Hesketh:Sold by order of her Executors, together with property of the Trustees of the 2nd Baron Hesketh's Will Trust 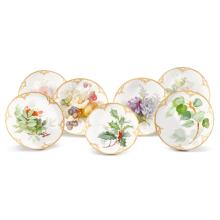 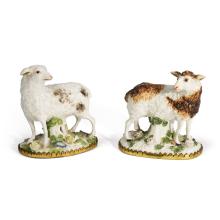 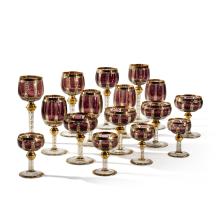