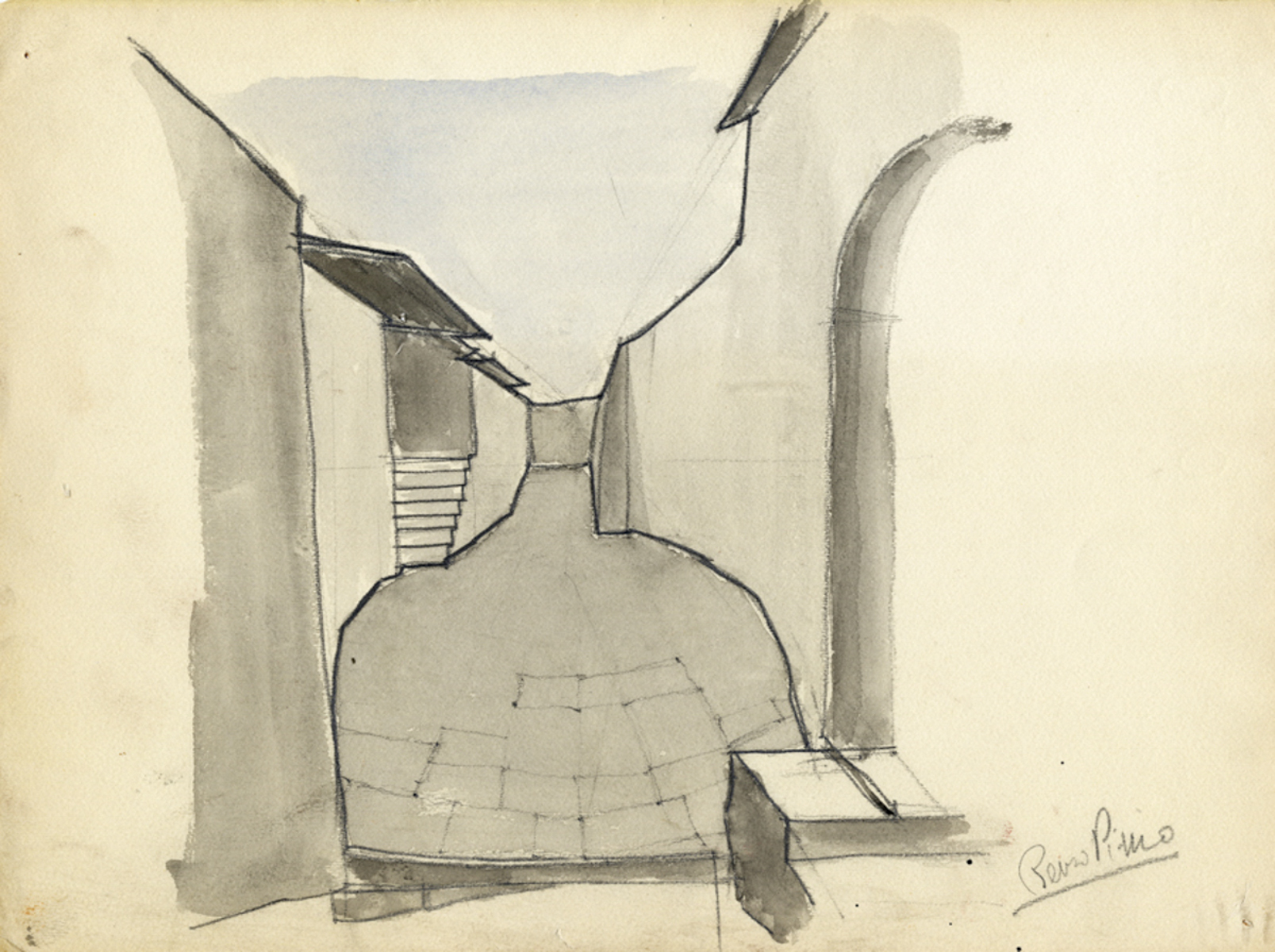 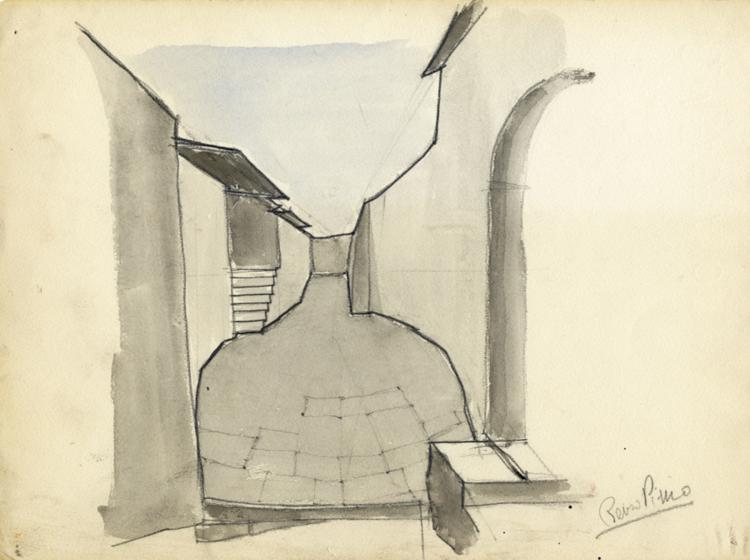 We can provide an insured postal service at your cost.

EXPORT AND PERMITS
We are pleased to inform you that, according to the italian regulation, for goods older than 50 years you are required to ask for an export licence that we will forward to you if you so wish. This service is provided at no cost.

Gonnelli Casa d'Aste is a registered trademark of Libreria Antiquaria Gonnelli Srl, based in Florence, Piazza Massimo D'Azeglio 13, registered to the REA of Florence No. FI-44707 VAT No. IT00520660481.

1. Libreria Antiquaria Gonnelli Srl (henceforth referred to as "Gonnelli Casa d'Aste") in carrying out its sales activities acts as the exclusive agent in its own name and on behalf of each Seller whose name is transcribed in the proper registers of Public Security held at Gonnelli Casa d'Aste. The sale must be considered as occurring between the Seller and Buyer (hereinafter called "Winner"); as a consequence, Gonnelli Casa d'Aste assumes no liability beyond those in descendants from its holding office.

2. Sales are made to the highest bidder, to be considered for cash.

4. According to Legislative Decree No. 118/2006, the "Right of Action", i.e. the right of the living Author of figurative works and manuscripts, or his heirs, if the Author is dead less than 70 years before, to receive a fee calculated as a percentage on sale price of his original works on the occasion of sales subsequent to the first. This royalty is asked to the seller and is paid by Gonnelli Casa d'Aste to SIAE under the terms established by law.

5. The Auction will be preceded by an exhibition of the lots in which at least one responsible from Gonnelli Casa d'Aste will be available for any clarification. The exhibition is designed to allow a review of the conservation status and quality of objects and clear up any errors and/or inaccuracies in which we were incurred in the compilation of the catalogue. The descriptions in the catalogue can be integrated at the request of our clients through the delivery of written reports (s.c. condition reports).

6. Any complaints about the duties listed in the catalogue and on the quality of the lots awarded will be moved by registered mail with return receipt to be sent no later than 10 days from the date of award. Where the contestation is founded on the basis of documents which in any case must be produced at the Winner's expense, Gonnelli Casa d'Aste will be held exclusively for the repayment of sums already received, without interest, upon return of awarded goods without any further obligation to compensate in any way.

7. As for auctions of books, complaints about damage to binding, stains, moth holes, charts or tables trimmed and any other defect which affects the completeness of the text and/or illustrative apparatus, lack of indexes of tables, white sheets, ads supplements and appendices following the publication of the work will not be accepted. In addition, no complaint will be accepted on the books not described in the catalogue. As for auctions of paintings, drawings
and prints any statement as to authorship, attribution, origin, date, age, provenance and condition is a statement of opinion of Gonnelli Casa d'Aste and is not to be taken as a statement of fact.

8. Those wishing to participate in an auction must first complete and sign a registration form, indicating all their personal information (attaching a copy of their ID card) and possibly their bank references. These data will be treated in compliance with current legislation on the protection of the confidentiality of Personal Data (s.c. Privacy), as information that will be delivered to participants. Gonnelli Casa d'Aste reserves the right to refuse bids from persons not registered and identified, or that failed to submit appropriate bank references. Gonnelli Casa d'Aste deemed solely responsible for paying the Winner and transfers to third parties of batches already awarded are not accepted. Therefore, participation in the auction and on behalf of third parties must be notified in advance. Personal data given at the registration will be used for the invoice and will be unchangeable.

9. Gonnelli Casa d'Aste may accept purchase commissions of lots for sale on the precise mandate fully completed in each part (written bids or telephone participations). In this case the Auctioneer will increase the bid on the basis of instructions received.
- Written bids (by our website too) are valid provided they reach Gonnelli Casa d'Aste within 24 hours before the auction and are sufficiently clear and complete.
- Telephone participations are valid provided they are confirmed in writing within 24 hours before the auction. Whilst acting with the utmost seriousness and care, Gonnelli Casa d'Aste shall not be held responsible or liable for telephone bids that are missed or otherwise not executed. Gonnelli Casa d'Aste disclaims any and all liability for failure, errors and omissions in connection with telephone bidding. The lots will be purchased at the lowest price
permitted by other bids on the same lots and the recorded reserves. In case of tenders for the same amount, bid received first will prevail.

10. During the Auction the Auctioneer in his discretion may vary the order of sale, match and/or separate lots, raise the biddings in his discretion, reformulate an offer to sell for a lot if he has reason to believe that there is a error or dispute and take any measure he considers appropriate in the circumstances; Gonnelli Casa d'Aste reserves, in addition, not to award and/or to withdraw the lots for which the tender bids do not reach the minimum reserve price agreed with the Seller.

11. Ownership of lots goes to the Winner only after payment in full of the hammer price and the commissions for the rights of the auction. Payment must be made in Euros and the following forms of payment are accepted:
a) cash, for values that do not exceed 3,000 euro for UE citizens;
b) credit card, with a planned increase of 1,50% of the total amount due;
c) non-transferable bank drafts made payable to Libreria Antiquaria Gonnelli Srl;
d) by bank transfer to Libreria Antiquaria Gonnelli Srl, characterized by the following IBAN bank account:
IBAN: IT 81 Y 03268 02800 052886559670- SWIFT: SELBIT2B

Payment of the total due to Gonnelli Casa d'Aste must be made within seven days from the Award.

13. The lots purchased and paid for must be picked up or can be dispatched within seven days. In case of shipping all costs, except for certain insurance amounts will be at the Winner's expense. In the event that after the seventh day the Winner has not taken steps to withdraw the lots, Gonnelli Casa d'Aste will be granted of all rights of custody and it will be exempt from any liability in relation to the housing and the possible deterioration of objects. The daily cost of storage, for the seven days following the expiration date, amounts to 10.00 euro per day. After this period the lots will be delivered to external warehouses with costs and risks borne by the buyer and its following billing, and Gonnelli Casa d'Aste, being anyhow subject to compensation for further damages, can proceed:
a) to seek enforcement of the obligation to purchase;
b) to dispose of the lot by private treaty, with the right to claim any price differences from the Winner;
c) to sell in a next auction the goods to the detriment of the Winner, holding as a penalty any advance payments received;
d) to act solely for the recovery of a penalty equal to 25% of the hammer price.

14. (TI): being lots marked with this symbol under the system of temporary import on Italian territory by a foreign seller are not subject to any restrictive measure on the part of Italian law. For other lots, possibly subject to notification by the State, the Winners will be bound to comply with all provisions of the January 22, 2004 Legislative Decree No. 42. The export of objects by Winners resident and not resident in Italy will be governed by that legislation and by the customs laws, currency and tax in force. Gonnelli Casa d'Aste assumes neither liability to the Winners in regards to possible restrictions on the export of the awarded lots nor with regard to any licenses or certificates that the Winner should obtain accordingly to Italian law. The Winner, in case of exercising the right of first refusal on the part of the State, can not claim from Gonnelli Casa d'Aste and/or the Auctioneer any reimbursement of any interest on the price of the auction commission already paid.

15. This regulation is automatically accepted by all those who contribute to the auction, including those making written or telephone bids. Any controversy will apply Italian law and the Court of Florence will be exclusively responsible, without prejudice to Gonnelli Casa d'Aste from acting before the court of the defendant.

We can provide an insured postal service at your cost.

EXPORT AND PERMITS
We are pleased to inform you that, according to the italian regulation, for goods older than 50 years you are required to ask for an export licence that we will forward to you if you so wish. This service is provided at no cost.

Ownership of lots goes to the Winner only after payment in full of the hammer price and the commissions for the rights of the auction. Payment must be made in Euros and the following forms of payment are accepted:
a) cash, for values that do not exceed 3,000 euro for UE citizens;
b) credit card, with a planned increase of 1,50% of the total amount due;
c) non-transferable bank drafts made payable to Libreria Antiquaria Gonnelli Srl;
d) by bank transfer to Libreria Antiquaria Gonnelli Srl, characterized by the following IBAN bank account:
IBAN: IT 81 Y 03268 02800 052886559670- SWIFT: SELBIT2B

For Sale from Gonnelli Casa d'Aste 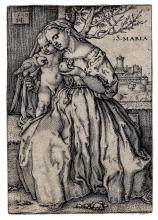 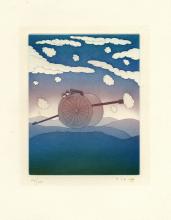