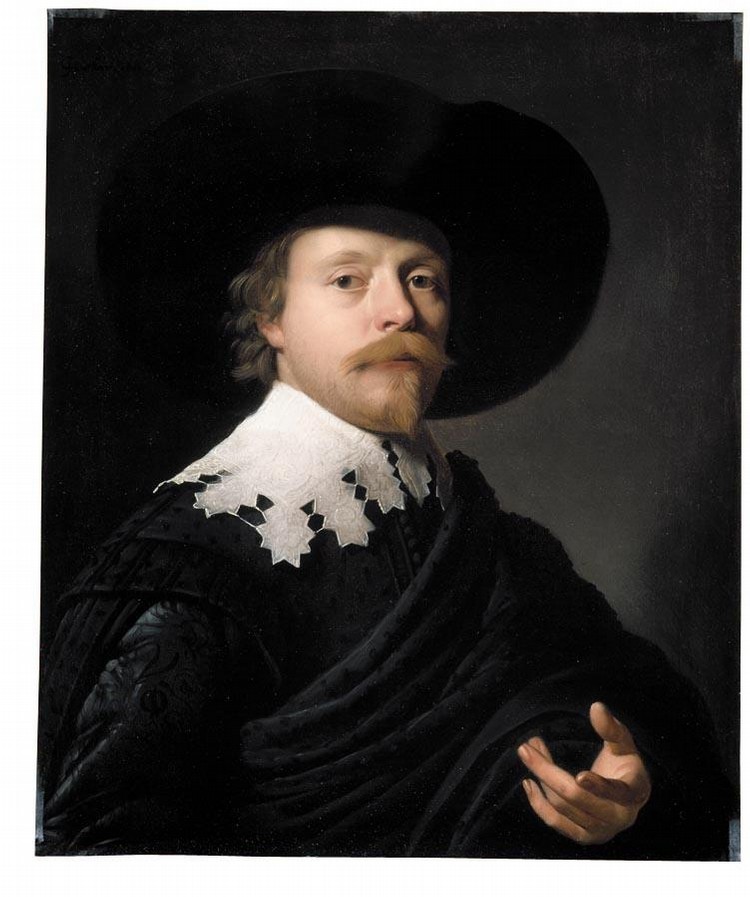 Lot 21: PROPERTY FROM A PRIVATE COLLECTION GERRIT VAN HONTHORST UTRECHT 1590 - 1656 PORTRAIT OF A

PROPERTY FROM A PRIVATE COLLECTION GERRIT VAN HONTHORST UTRECHT 1590 - 1656 PORTRAIT OF A GENTLEMAN, BUST LENGTH, WEARING A BLACK COAT, CLOAK AND HAT, AND A WHITE RUFF

With Arthur Tooth and Sons, London, 1945;
Anonymous sale, London, Christie's, 9 December 1994, lot 284;
With Richard Green, London, from whom purchased by the present owner.
LITERATURE AND REFERENCES

By the time this portrait was painted in 1631, Honthorst's reputation as a portraitist in international courtly circles was well established. By this date he had already painted King Charles I of England in 1628, and begun his lucrative and long-lasting relationships with the courts of the exiled King Frederick V of Bohemia and his wife Elizabeth Stuart (the 'Winter Queen'), and that of the Stadtholder Frederik Hendrik and his wife Amalia von Solms in The Hague. Despite the considerable demands placed upon him by his position (Joachim Sandrart, who studied with him between 1625 and 1628 records that Honthorst employed 25 students in his studio) and the somewhat rigid formulae of court portraiture, Honthorst still found time for a number of private commissions. Many of these, of which the present work is an outstanding example, reveal that Honthorst was capable of suprising dexterity and invention in his non-official likenesses, as well as a remarkable sympathy for character. As Judson remarks (see Literature, p. 34) the simple elegance and fluent handling of this work recall that of his masterpiece from his English sojourn, the Portrait of King Charles I reading a letter of 1628 today in the the National Portrait Gallery, London (op. cit., p. 296, no. 415, reproduced plate 314).