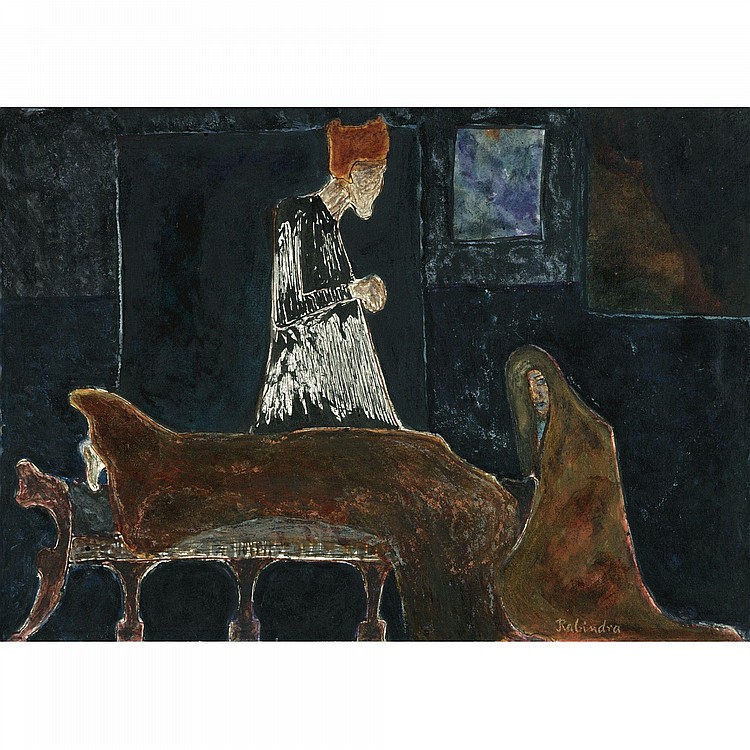 Sotheby's, London, 2 May 2008, lot 11
Purchased by William and Mildred Archer from the artist at Santiniketan, October 1932

"Years later, in 1955, when I was writing my book 'India and Modern Art' ... I realised that although Rabindranath's early style bore no relation to previous kinds of Indian painting, it in fact unconsciously contained some essential Indian elements - strong, bold outline, glowing colour, aggressive shapes. He has been, in other words, 'naturally Indian' ... It was this freedom from previous styles, both Indian and non-Indian, this bold originality, this willingness to create forms in ways which were naturally Indian yet robustly modern which made him the first modern Indian artist; and looking back over the last fifty years, I cannot think of any other Indian artist whose influence has been so profound." (WG Archer, India Served and Observed, London, 1994, Part II, p. 31)