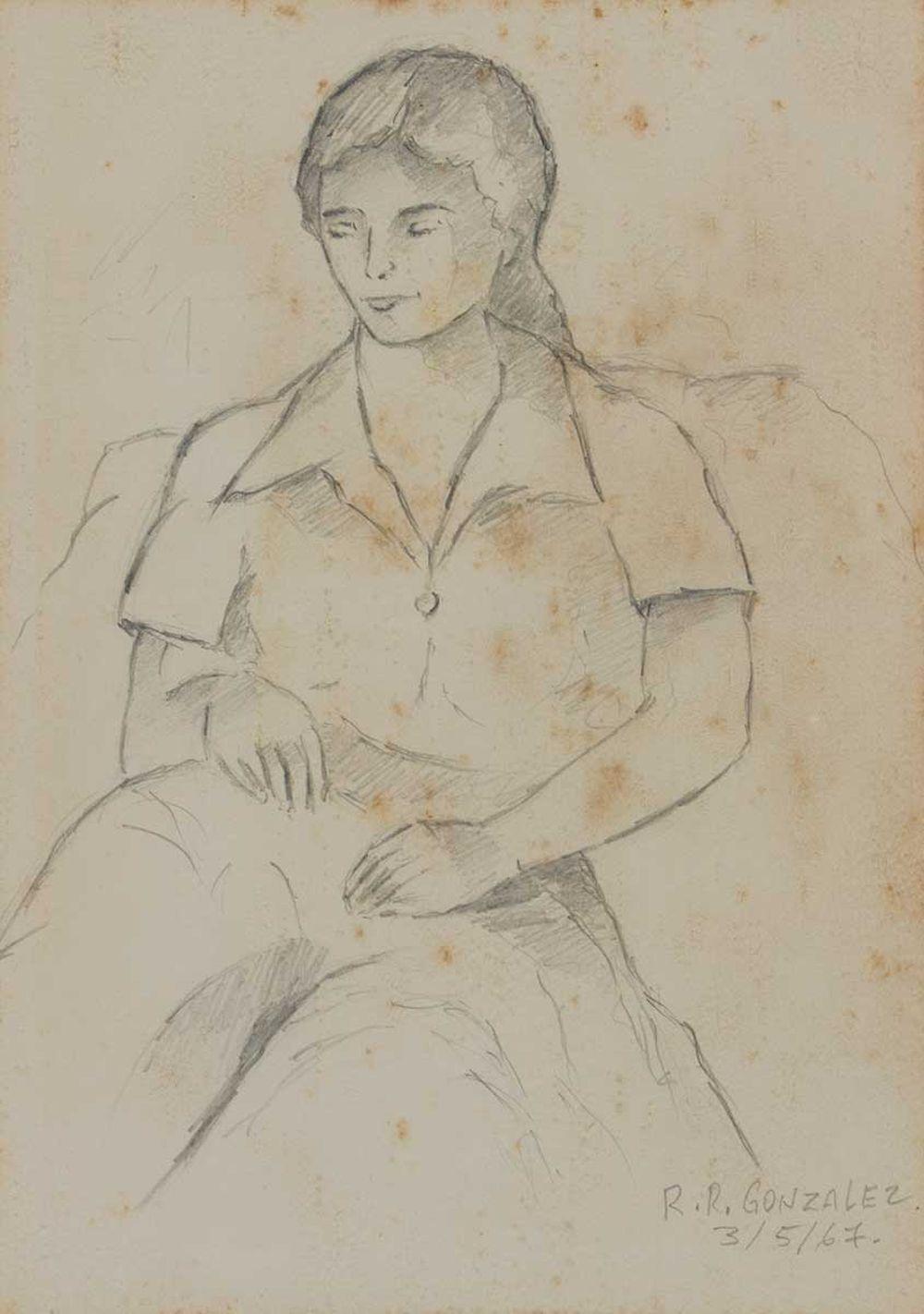 GENERAL CONDITIONS AND REGULATIONS OF AUCTIONS

1) To the effects of the present document, the following will be acknowledged as:

b. THE PARTICIPANT: The person that having been interested to be present at the act of the auction, is admitted by THE AUCTIONEER, since he or she has been proved enough a guarantee, according to THE AUCTIONEER and has been granted the NUMBERED BIDDING PADDLE.

c. THE BIDDER: The one who participates in an auction to make a bid for a particular lot, expressing his will to buy by raising the NUMBERED BIDDING PADDLE.

d. THE HIGHEST BIDDER: The one who offers the highest amount of money thus making the best bid which is verified in the person who raised in the last place the NUMBERED BIDDING PADDLE to buy a GOOD or LOT auctioned.

e. THE BUYER: The HIGHEST BIDDER or grantee of a GOOD or LOT
auctioned with whom a contract of purchase and sale is fulfilled.

f. THE RESERVE PRICE: amount of money that constitutes the starting offer for the bids with which THE AUCTIONEER begins the selling of a GOOD.

g. SALE PRICE: The essential payment of THE BUYER, consisting of THE HAMMER PRICE, THE BUYER PREMIUM and its taxes.

h. MARKET PRICE: reference price of a particular GOOD or LOT, representing only the opinion that, based on its experience, is issued by THE AUCTIONEER, and is founded in prior auctions operations, in the actual supply and demand, as well as in the renown and reputation of the artist or artists undersigning the works, which does not entail in any way the parties involved in the operations.

i. NUMBERED BIDDING PADDLE: essential instrument to participate in the auction, which identifies every person thus granting him the qualification of BIDDER to make bids and offers legally and serving in turn when it is raised, as an unmistakable signal of the expressed will to buy a particular GOOD or LOT and to pay THE HAMMER PRICE for it.

j. THE SELLER: the natural or juridical person that supported on the interest of selling a good of his property through THE AUCTIONEER, upon its acceptance and with complete submission to the present agreement and to the General Conditions of Auctions, cedes such good.

2) THE AUCTIONEER reserves to himself the right of registration and admission of public in general to the viewing of the works to be offered as well as to the auction itself. The activities of THE AUCTIONEER are of private right, reason why he states the rules and conditions that all participants must comply with.

3) Only the participants can take part in the auction. They must observe at all moments a respectful attitude in accordance with the rules of conduct thus contributing to the tranquility of everyone and to the keeping up of the concentration, proper of this kind of acts. This includes abstaining from producing noises or from participating in acts which could prevent the normal development of the sale.

4) Participants must refrain from distracting or making approaches to other participants. If there might be present a consignee, a seller, a gallery owner, or a merchant d'art at the auction as a participant, he is obliged not to either sell or offer his works to any other participant. In case of disobedience the person (s) will be punished under disloyal competence and subject to make up for civilian damages.

5) THE AUCTIONEER reserves to itself the exclusive right to include or exclude from the viewing as well as from the auction, any of the works of art that are part of the sale, without prior warning.

6) The public in general is free to verify, inspect, compare, and even have certify the works to be sold, during the time the viewing before the auction lasts, and will have access to any information related with the works, always in the head office of the AUCTIONEER.

7) THE AUCTIONEER will not guarantee under any circumstances the authenticity, the good conditions or the precedence of the works consigned to be auctioned. Neither will he assure to the public the authenticity of the data supplied either in written or oral form with respect to the works referred to, since those are directly transmitted from what was given by the consignees.

8) The potential bidder must comply with enough time in advance, preferably before the auction day, with a procedure of registering, which consists of only the providing of personal data and the giving of enough guarantees based on THE AUCTIONEER criteria. Bids coming from people that haven't complied with the requirement previously stated will not be admitted.

9) After having been registered and at the day of the sale, the potential buyers will be granted the so called NUMBERED BIDDING PADDLE, which is the only instrument for bidding and purchasing, not to mention that it is the only identification at the moment of making a bid during the sale. Such NUMBERED BIDDING PADDLE, is of the exclusive property of THE AUCTIONEER, reason why, after the conclusion of the sale, it must be returned to him, otherwise the amount of BsF 100 (one hundred Bolivares Fuertes) will be discounted from the guarantee executed by the participant. Likewise, at the moment of the returning of the paddle, the participant will be given back the guarantee granted by him in accordance with these general conditions of auction, unless he had been adjudicated one or more lots during the sale as a BUYER, in which case such guarantee will act as an installment to the BUYER PREMIUM. The person in possession of the NUMBERED BIDDING PADDLE is directly responsible of its devolution and of any bidding or purchase done by a third party with it.

10) The works of art consigned to be offered at auction, will be sold only during the development of this act. Nevertheless, the people duly registered to this effect, can make irrevocable private biddings in advance provided that the 15% FIFTEEN PERCENT of the maximum price offered by the work be paid to THE AUCTIONEER as a warrant.

11) At the beginning of the sale, THE AUCTIIONEER will announce in a clear loud voice, as usual, the RESERVE PRICE of the piece to be sold and immediately, THE BIDDER will show his willingness to purchase the work by raising his NUMBERED BIDDING PADDLE. Then, THE AUCTIONEER will gradually increase the value repeatedly until there is not any more bidding for the same work. When the gavel fells down the last and thus the higher bidder will become THE BUYER.

12) As the higher bidder, THE BUYER is then compelled to accomplish the obligation to pay the price of the item purchased and the buyer premium. With no prejudice of the prior statement, THE AUCTIONEER will give to THE BUYER an invoice that he must sign after the item is granted to him and will have to collect it in the following 7 week days from the moment of the sale. Otherwise, THE AUCTIONEER reserves to itself the right to charge contractual interests for the delay in the payment with a percentage of FIFTY PERCENT (50%) yearly, besides the administrative and storage fees being incurred at, equivalent to the TWO PERCENT (2%)monthly of the selling value of the item which THE BUYER is enforced to pay, charging him the equivalent of EIGTHEEN PERCENT (18%) of the total granting price of the item in respect of damages and in this last case, THE AUCTIONEER reserves to itself the right to dispose of such item.


13) THE HOUSE FEES are the TWENTY TWO PERCENT (22%) of the total sale price to which taxes must be added and have to be paid as stated by THE AUCTIONEER, at the end of the sale; otherwise, the last one can immediately execute the constituted warranty.

14) The failure of THE BUYER to comply with any of the clauses contained in this General Agreement of Auction, gives THE AUCTIONEER the right to resolve the awarding executed in favor of THE BUYER, to dispose of the work or to request from the last one the enforcement of the agreement, keeping in any case the warranty previously granted in his favor as a compensation for damages as stipulated in clauses NINTH and TENTH of this General Agreement.

15) If during the offering of a work there would not have any bidding to the counting of three and at the falling of the gavel, it will be withdrawn.

17) Any controversy aroused during the performing of the auction will be elucidated exclusively by THE AUCTIONEER, whose decision will be definitive and irrevocable.

18) THE AUCTIONEER reserves to itself the right to modify without prior warning both, these general conditions of the auction and the content itself of the catalogue of works and the organizing of such works in it, all of which will be considered of the public knowledge, specially of the BIDDERS and BUYERS during the auction.

19) With the only purpose to comply with the regulations of the commercial law, THE AUCTIONEER is obliged both, to exhibit to the public in advance the lots to be auctioned and to catalogue them. So is understood by the artists and consignees.

20) The parties governed by the present conditions show as a legal domicile the city of Caracas, to the tribunals under whose competence they declare to submit to.