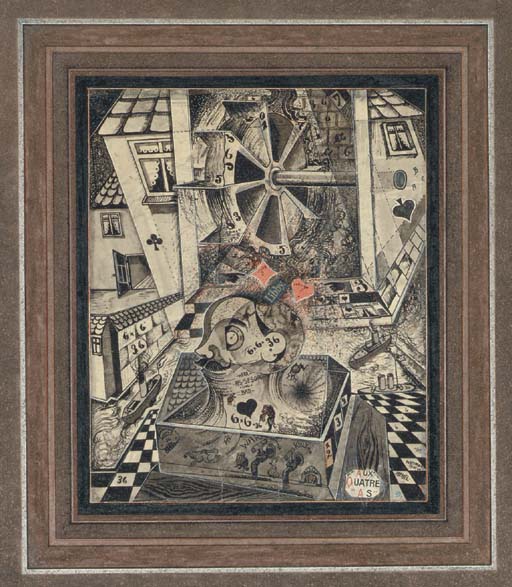 Carl Laszlo, Basel, by whom acquired directly from the artist.
K.P. Poor, Hamburg.
Rachel Adler Gallery, New York.
Acquired from the above by the present owners in 1989.

PROPERTY FROM THE SACKNER ARCHIVE, FLORIDA

Executed during Michel's stay at the Weimar Bauhaus, this work is one of the artist's earliest documented works. Masterly conveying Michel's revolutionary treatment of collage and design, Herr-As-Sesor-im-Bad numbers among his most inventive compositions. Much as Fernand Léger was deeply impressed by his experiences during the First World War, so too was Michel, whose role as a pilot instilled in him a profound admiration for the Machine. At the basis of his abstractions lie a veneration of its power, but not without a lightly sarcastic touch. This early collage, imbued with a delicate irony, is one of the finest of his Dada phase, a period that greatly endeared Michel to one of Dada's most ardent supporters, Marcel Duchamp.