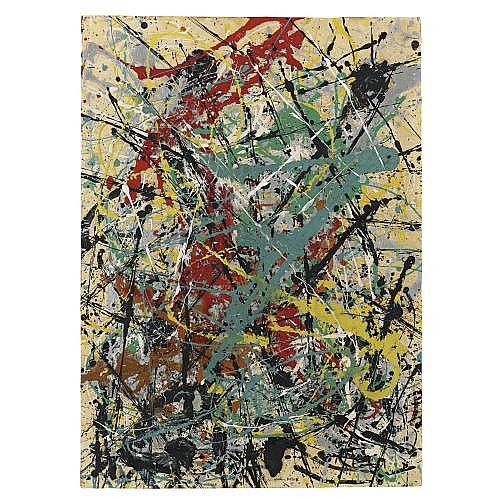 
Jackson Pollock is one of the Masters of twentieth century art, whose impact on the art of his time was radical and far-reaching; his art was like no one else before him and art would not be the same after him. The freedom to paint, draw or sculpt according only to what one believes art should be was a daunting and overwhelming prospect in Modernist aesthetics, but Pollock embraced the challenge and produced some of the most liberated and personal art that had been seen up to that time. Number 16, 1949, formerly in the collection of the artist's earliest dealer, Peggy Guggenheim, dates from the period when Pollock was at his most confident in the use of his signature 'drip technique' that would prove so influential for generations of artists to come.

With dramatic flourish, Pollock proved that if art was defined by the artist, then the individual's subconscious and instincts directly influenced the technique, composition and content of the art. Certainly there were precedents: the innovative use of collage and found objects in the works of Picasso, Braque and Duchamp, as well as the automatism of the Surrealists and the conceptual subversions of Marcel Duchamp. Yet, Pollock demonstrated unequivocally that the medium was the message while working in the most traditional of mediums, paint. As Kirk Varnedoe observed, " 'How?' would take over from 'What?' as the prime point of genesis. Changing his self-awareness from a search for buried icons or totems to a reliance on more pragmatic instincts about how it felt best to work, Pollock would unblock the way to a fundamentally personal, original art. And a great deal more." (Exh. Cat., New York, Museum of Modern Art, Jackson Pollock, 1998, p. 48)

Pollock's innovations were elemental and instinctive, born of many years of struggling with the tension between figure and ground, abstraction and representation, content and technique. Beginning in the winter of 1946-47 when Pollock first placed his canvases on the floor of his Long Island barn, he pushed the boundaries of painting beyond his earlier Surrealist and Expressionist work. Standing above the painting surface, Pollock worked from all four sides to drip, pool and fling pigment from sticks, brushes and other implements. From 1947 to 1951, Pollock's brush seldom touched his paintings, but his dexterity and total physicality abounds in Number 16, 1949 as he orchestrates the fluidity, density, speed and rhythm of his medium into an "all-over composition" of cohesive expressiveness.

While Pollock and the great Piet Mondrian were antithetical in some respects, they share a kinship in the essential raison d'Ãatre of abstract art. Mondrian was one of the great innovators of abstraction in the early part of the 20υth century, influenced by the geometric shapes and shifting planes of Cubism. Mondrian's revolutionary form of non-representational painting was born from his beliefs that there is a knowledge of nature more profound than the one gained through empirical or observational means. Mondiran's "neo-plasticism" or "new image" sought to achieve the absolute harmony of straight lines and pure colors underlying the visible world. In a famous 1914 letter to H. P. Bremmer, Mondrian stated, "I construct lines and color combinations on a flat surface, in order to express general beauty with the utmost awareness. Nature (or, that which I see) inspires me, puts me, as with any painter, in an emotional state so that an urge comes about to make something, but I want to come as close as possible to the truth and abstract everything from that, until I reach the foundation (still just an external foundation!) of things...I believe it is possible that, through horizontal and vertical lines constructed with awareness, but not with calculation, led by high intuition, and brought to harmony and rhythm, these basic forms of beauty, supplemented if necessary by other direct lines or curves, can become a work of art, as strong as it is true." Pollock's trust of instinct and impulse certainly bears a kinship with Mondrian's independent thinking and both artists believed that the painting's true nature would be discovered in the process of its making. Clement Greenberg noted the singularity of each artist's achievement in his review of Pollock's 1948 show at Betty Parsons. "Since Mondrian no one has driven the easel picture quite so far away from itself." (The Nation, January 17, 1948)

Number 16, 1949 is an exquisite example of Pollock's mastery of color, less frequently noted than his mastery of line, and in this quality another link to Mondrian can be detected. The harmony of pure colors and the tensile strength of linear design is at the heart of this remarkable painting, sharing an originality of elemental invention with Mondrian's pure abstractions. The thin skeins of black and white interweave with bright red, blue, yellow, green and silver to literally build the structure of Pollock's composition as precisely as Mondrian constructed geometric abstractions. The balance within this painting rests on the strong diagonals of blue and red which serve as a gravitational center for the oscillating rhythms of Number 16, 1949, while each quadrant of the composition brings weight to the overall effect. Pooled dollops of blue, black and silver anchor the upper left and lower right, while interwoven red and yellow activate the upper right and lower left. Number 16, 1949 is thus an embodiment of MondrianÂ?s call to "awareness, but not with calculation" in creating art. Number 16, 1949 possesses that inner life and sense of completeness that Pollock sought in each work, which emerged out of the combination of emotional abandon and aesthetic control. 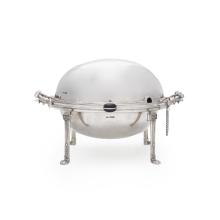 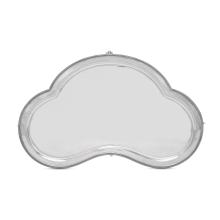 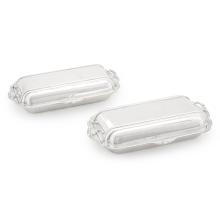 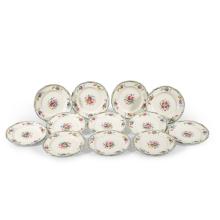