Your registration is pending.
The auctioneer will review your account in accordance with their bidding criteria. You may contact the seller directly to discuss your status.
Your password has not been updated in a while. To improve the security of your account, please update your password now. Update Password.
No Image
Lot 46

SIMRYN GILL BORN 1959, SINGAPORE LIVES IN SYDNEY THREE WORKS FROM DALAM, NOS. 56, 14, 85,2001 PHOTOGRAPHED IN MALAYSIA, NO. 14: IN PASIR PANJANG, NEGRI SEMBILAN; 56: KUALA KUBU BARU, SELANGOR; 85: SUNGEI PETANI, KEDAH CHROMOGENIC DEVELOPMENT PRINTS each 27. 6 x 27. 6 cm (10 7/8 x 10 7/8in) Signed, dated and numbered in pencil on the reverse Edition 2 of 5 ESTIMATE: US E1,600-2,200 AU E2,900-4, 000 PROVENANCE The artist EXHIBITED "Dalam," Galeri Petronas, , Kuala Lumpur, Malaysia, 4-31 October,2001 Literature: Meagher, David, The Australian Financial Review Magazine , June 2002, repr. [No. 56 ] LITERATURE Raslan, Karim, "Playful Yet Subtle, "Business Times , Singapore, 26 April 2002; Carruthers, Asley, "Simryn Gill; Dalam ," Forum on Contemporary Art and Society ((Singapore), No. 4,2002 ( forthcoming August 2002). 57 Gill's work has found wide exposure in Australia with exhibitions in the major public galleries, including participation in the 3rd Asia Pacific Triennial, Queensland Art Gallery in 1999, and the exhibition upcoming this year at Sydney's Art Gallery of New South Wales. Her work has been shown internationally in the 2nd Biennale For Contemporary Art, Berlin, in 2001; CCA, Kitakyushu, Japan; Ikon Gallery, Birmingham, United Kingdom; "Flight Patterns," Museum of Contemporary Art, Los Angeles; and "Delicate Balance: Six Routes to the Himalayas," Kiasma Museum of Contemporary Art, Helsinki, Finland, all 2000. Simryn Gill works episodically, often using the medium of photography to express her visual conceptions. Dalam is her most recent series to focus on a range of sociological and ecological aspects of the country of Malaysia, where she grew up. Since relocating to Sydney, Gill's perceptions of her former home have become sharpened and more objective, echoing the experience of Australia's many expatriate artists. The works of Dalam present an array - random while at the same time profoundly informative - of customs and ways of daily life among the various classes, , religious and socioeconomic groups that make up the population of Malaysia. The photographs were taken following no particular itinerary during a two-month odyssey from May to July 2001, and involved making contact with people throughout the country to persuade them to permit the artist to photograph in their homes. Inevitably, she was admitted to the main living rooms only, predominantly of strangers, so that patterns and bases of comparison begin unexpectedly to emerge as one compares and contrasts interiors from among the photographs of the group. Earlier series include A Small Town At the Turn of the Century which is currently on view as part of the 2002 Biennale of Sydney.

For Sale from Lawsons 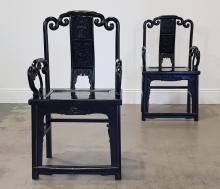 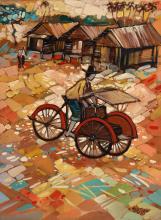 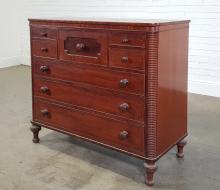