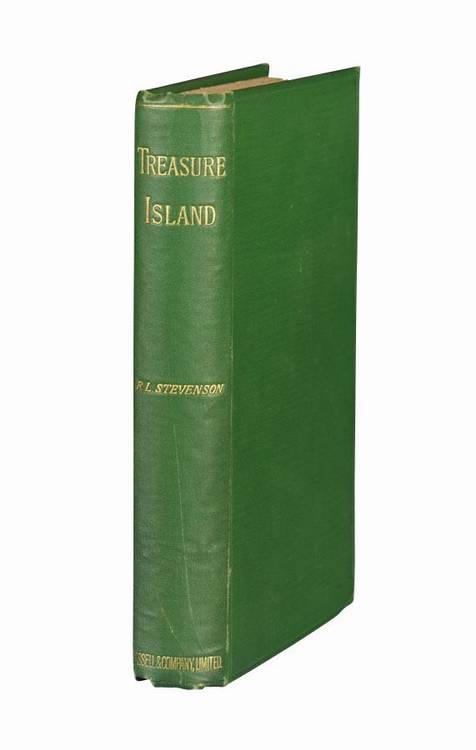 a fine copy. Prideaux stated the novel was "the finest tale of maritime adventure that has been told since Defoe produced his great romance". The first movie treatment dates from 1912 and there have been numerous subsequent versions.

The numerous film versions of Treasure Island since 1912 include, most memorably, the 1950 version with Robert Newton as Long John Silver (its success spawned a sequel, Long John Silver, in 1954).

The Library of George Cosmatos: Part 1