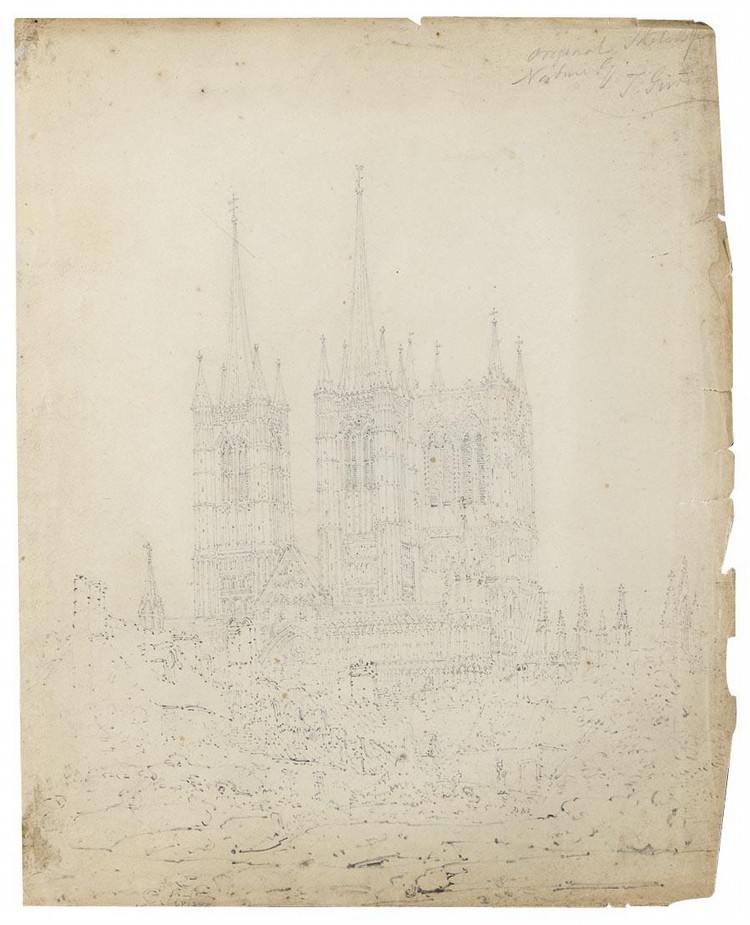 with an album of watercolours and drawings by or attributed to Benjamin West, George Jones, Thomas Stothard, Thomas Philips, Richard Wilson and other hands
including, figures picking fruit in Autumn, scenes from 'As You Like It', 'Measure for Measure', 'King John', 'The Tempest' (2), William Rufus attacked by two soldiers, figures ploughing fields in February, St Martin, Cowper and Mrs Unwin, Virginia Water Windsor Park, London from Greenwich, a Prophet, Harvest Moon and other subjects
forty-seven, one signed: RW., twenty-two inscribed with titles, one dated 1844
nineteen pen and ink, seventeen watercolour, nine pencil, one print and one photograph, some of the album sheets watermarked and dated 1832, various sizes

Girtin's detailed drawing of Lincoln Cathedral is a study for a finished watercolour of the same subject, now in the Usher Art Gallery, Lincoln. There is another version of this watercolour, dated 1794, which was formerly in the Walston Collection (See Thomas Girtin and David Loshak, The Art of Thomas Girtin, 1954, No. 86. vol II., p.145)