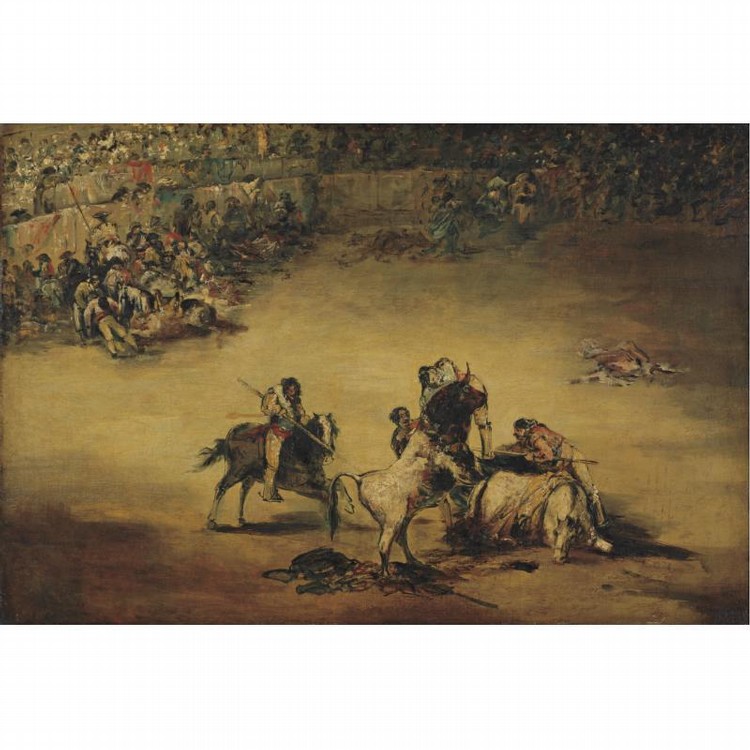 PROPERTY OF THE TOLEDO MUSEUM OF ART, SOLD TO BENEFIT THE ACQUISITIONS FUND

Lucas Velázquez, long known as Lucas Padilla before research revealed his correct surname, is considered one of the most important Spanish painters working in the tradition of Goya in the period following that master's death. His indebtedness to Goya's style is obvious in his use of color and the vigor of his brushwork, and many of his paintings have been wrongly identified as works by Goya (as, indeed, the present work was).

The composition of this painting is based on Goya's lithograph Bravo Toro (see fig. 1), one of a series of prints depicting bullfights in Goya's Bulls of Bordeaux series (1825). A companion paintingυ1 after another of the prints in this series was also in the Edwards collection and sale in Paris (see Provenance).