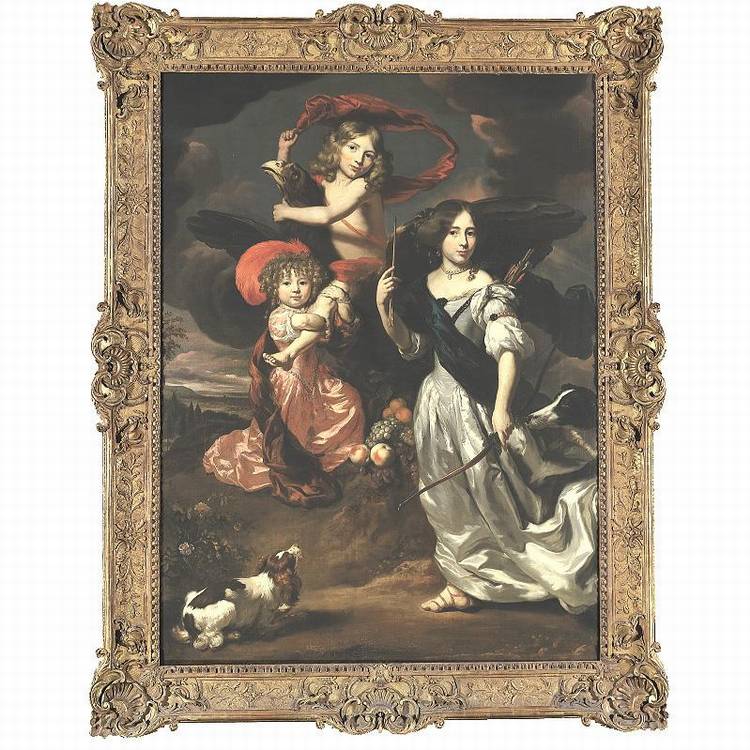 Maes painted several portraits of children as Ganymede, some as single figures and some, as in the present portrait, as part of a group with other children represented as Diana, Apollo, or other mythological figures. These can all be dated to the late 1670s and early 1680s. A similar group portrait with four children, signed and dated 1674, is in the Dordrechts Museum, Dordrecht.

Property from the Estate of Lillian Rojtman Berkman