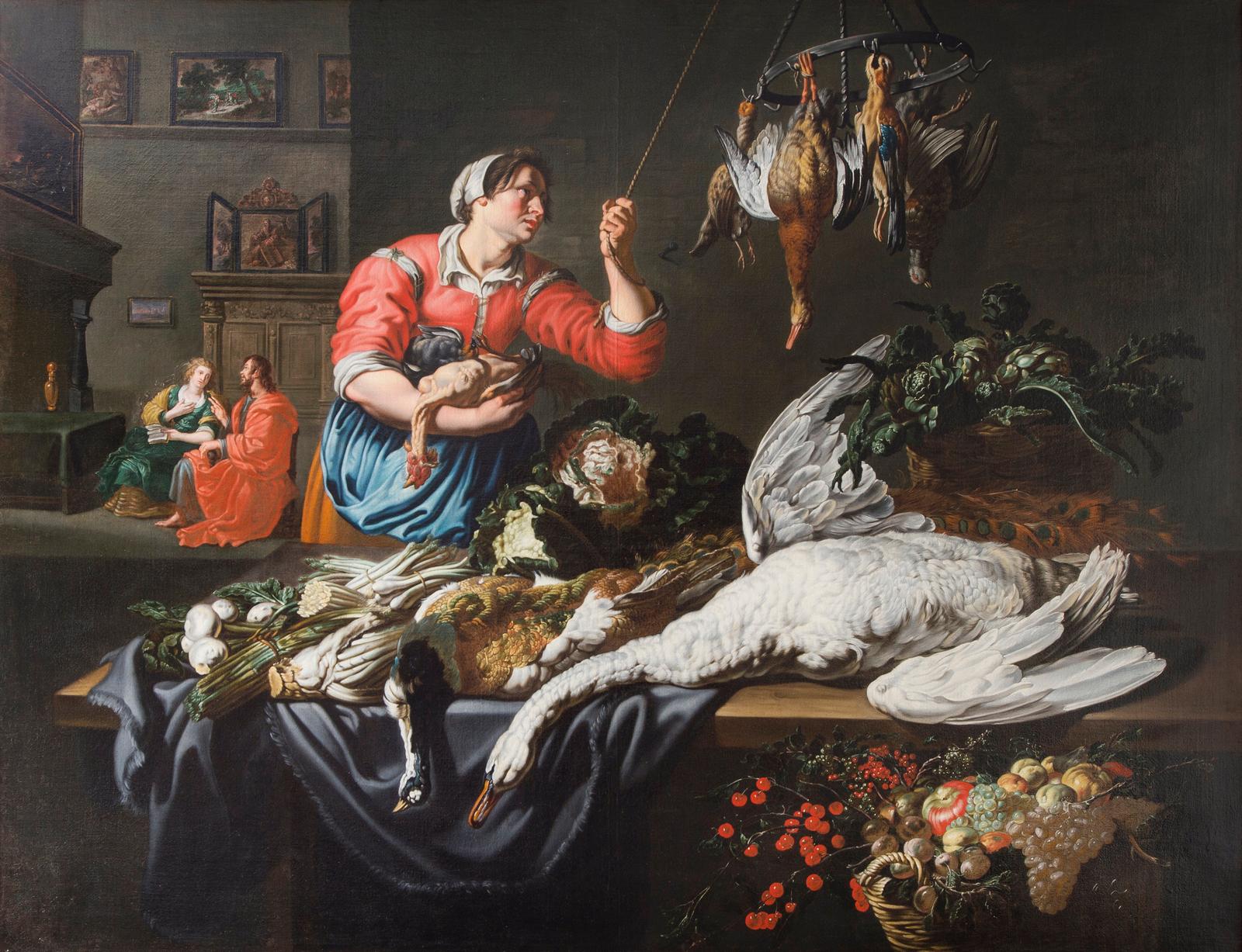 VAN UTRECHT ADRIAEN (1599 - 1652) Circle of. Kitchen scene with still life of game, fruit and vegetables (Christ in the house of Martha and Mary) 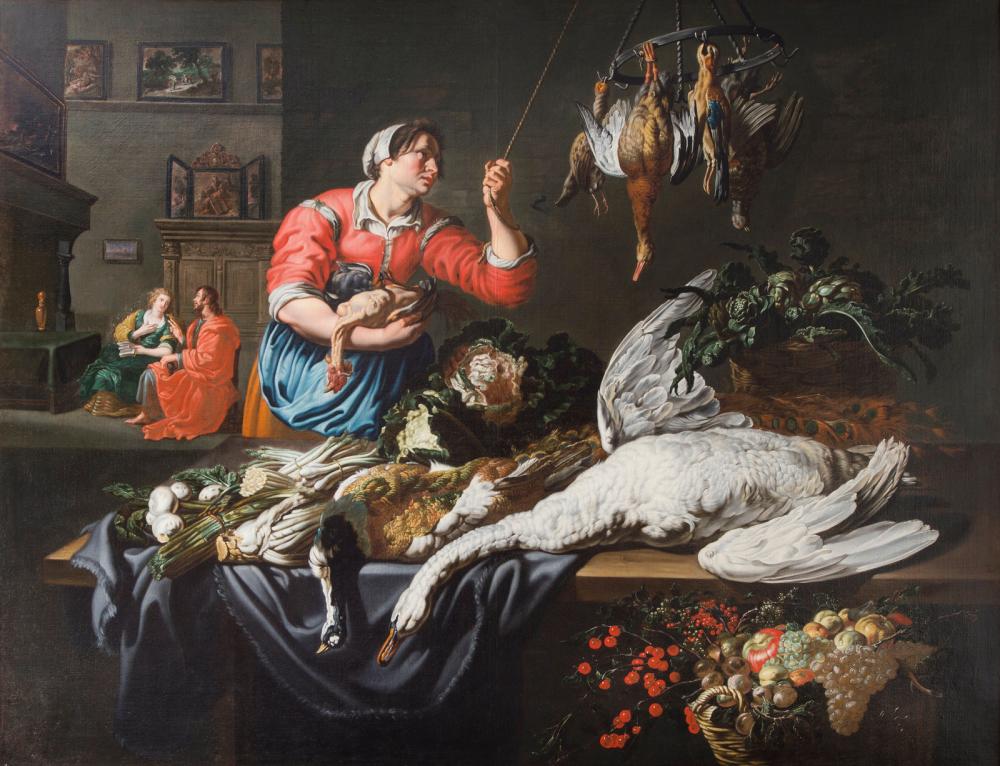 Lot 72: VAN UTRECHT ADRIAEN (1599 - 1652) Circle of. Kitchen scene with still life of game, fruit and vegetables (Christ in the house of Martha and Mary)

VAN UTRECHT ADRIAEN (1599 - 1652). Circle of. Kitchen scene with still life of game, fruit and vegetables (Christ in the house of Martha and Mary). We would like to thank Dr. Fred G. Meijer for his kind assistance in cataloguing this lot. The present painting, which stands out for its high executive quality and for its excellent conservation conditions, is inspired by the autograph model by Adriaen Van Utrecht depicting the same scene conserved at the Musée de Picardie in Amiens (inv. M.P.Lav.1894-115). The subject derives from the Gospel of Luke, in which it is narrated how Christ, having arrived in the village of Bethany, is welcomed into the house by Martha, Mary and their brother Lazarus: while Martha is dedicated to cooking a rich meal, Mary remains seated to listen to the teachings of Jesus, unleashing his sister's anger. Jesus therefore intervenes, indicating to Martha how Mary is actually doing the best thing, listening to him, rather than dealing with earthly matters. Here the evangelical scene is functional to the representation of an extraordinary ""pronkstilleven"", a still life rich in game, vegetables, flowers and fruit, a typology that the master of Van Utrecht, Frans Snyders, had already invented and addressed several times, often including characters. It was therefore not uncommon for two artists to work together on the same painting, one focusing on the natural elements and the other on the figures. In the Amiens work, it seems that Van Utrecht collaborated in this sense with Simon de Vos, a painter specialized in characters and husband of the artist's sister. This painting is inspired in detai tol the work preserved in France and, in consideration of its quality, could suggest that it was potentially made within the circle of Adriaen Van Utrecht and his workshop. The painting is completed by a large frame in carved, parcel gilt and polychrome wood, probably from the first half of the 19th century, with molding richly decorated by a module of carved and gilded acanthus leaves seamlessly with an external profile decorated by a series of spheres.. Cm 240,00 x 190,50.

The Sales are carried out the greater offerer and they agree "cash".
2.

The exposure that precedes every Sale comes carried out in order to do good to examine the state of conservation and the quality of the objects; after the award some claim is not admitted, even if in the compilation of the catalogue it is incurred in errors.
3.

The objects will be adjudicate to you from the Auctioneer and the purchaser will have to carry out the immediate payment total of the price, but it is faculty of the House to only demand a part a tito it of deposit.
4.

The award of the objects in sale will be burdened for the purchaser of comprehensive 31% of right of auction and vat.
5.

Rising contestazioni approximately the award of an object, it is faculty of the Auctioneer to resume the spell on the base of the made previous offer.
6.

The objects will have to be withdraw to you and pay you not beyond hours 12,00 of the successive day to the Sale. In case of non-payment from part of the buyer, the Auctioneer is authorized to replace to the Auction the object, to risk and danger of the inadempiente purchaser.
7.

The Auctioneer will be able to vary in the contest the order previewed from the Catalogue and will have faculty to re-unite and to divide the lotteries, will be able moreover, during the sale, to throw again the offer on mandate of who cannot participate to the auction, in case but, the price of award in knows it was equal to the price indicated in the mandate, the lottery will be adjudicated the present customer.
8.

In case, for a reason whichever the purchaser was not in possibility to withdraw the acquired objects and pays to you within the term of article 6, it will be held to correspond to the House a fixed right of magazzinaggio in connection with the value of the same object.
9.

All those who concur to the Sale accept senz'altro the present regulations and therefore, becoming deliberatori of a whichever object, they legally assume the responsibility of the made purchase.
10.

The transport of the objects acquires will be made cure and expenses to you of the customers.
11.

The House of Auction, as far as the originality and the attributions of the works in sale, does not assume other responsibility beyond that one deriving from the quality of intermediary.
12.

The declared important works interest according to of the art. 6 D.L. 29/10/99 n. 490 are indicated like such in the catalogue or marked during the sale. On such works the Italian State can exercise the preemptive right within the term of 60 days from the communication of the happened sale; the sale, therefore, will only have effectiveness after that it is passed such term. In the event in which the preemptive right he comes effectively exercised the highest bidder will have the right to the reimbursement of the sums eventually already paid.
13.

The present terms of sale come accepted automatically from how many concur to the purchases. For whichever controversy the competence of the Hole of Brescia is established.

For Sale from Capitolium Art 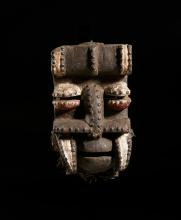 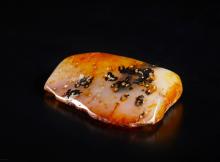 . A piece of polished chalcedony europe 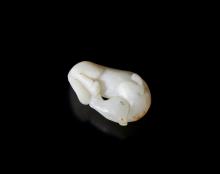 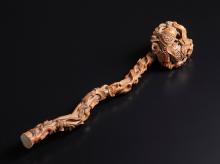 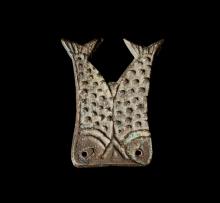 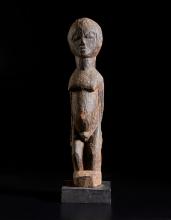