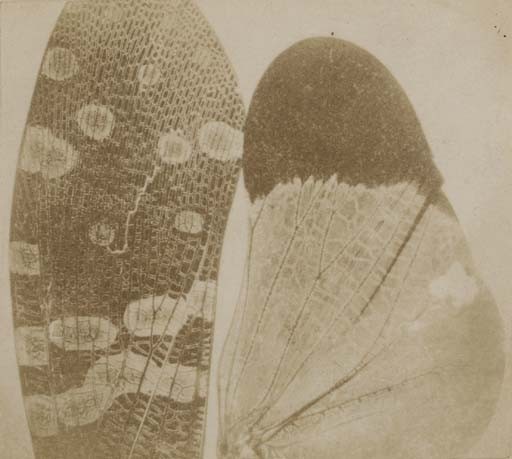 THE PROPERTY OF A DESCENDANT OF ROBERT MURRAY

Robert Murray was centrally placed within the orbit of early British photography. Trained as a scientific instrument maker and chemist, he was apprenticed to John Newman at 122 Regent Street as early as 1812 and was there for over 40 years. During this time, Murray conducted his own optical and physical experiments, including the process of electrotyping non-metallic objects, presented to the Royal Society in 1841. Murray and Newman were, it is clear from surviving correspondence, closely involved in the supply of chemical and physical support for early photographic experiments. In 1855, less than two years before his death, Murray formed a partnership with Vernon Heath and opened a firm at 43 Piccadilly under the name of Murray & Heath.

Murray's surviving correspondence and day books make it clear that he knew all the major protagonists of early British photography. William Henry Fox Talbot in late 1846 took out a lease on part of Newman's premises at 122 Regent St. and there in the autumn of 1847, Nicolaas Henneman and Thomas Augustine Malone, who was a friend of Murray, opened their photographic establishment. The early works by Talbot, Henneman, Malone and others offered in the following lots were all acquired by Murray at this time. Murray's collection, subsequently inherited by his son, Robert Charles Murray (1839-1916), was on loan for a long period to the Royal Photographic Society and was on view in the Russell Square exhibition rooms as late as 1912 (British Journal of Photography, 13 Dec 1912.)

Talbot described his involvement with photomicrography to Samuel Highley, Jr. in a letter dated 10 May 1853 and published three days later in the Journal of the Society of Arts:

The first person who applied photography to the solar microscope was undoubtedly Mr. Wedgwood...but none of his delineations have been preserved, and I believe that no particulars are known. Next in order of time to Mr. Wedgwood"s, came my own experiments. Having published my first photographic process in January, 1839, I immediately applied it to the solar microscope, and in the course of that year made a great many microscopic photographs, which I gave away to Sir John Herschel, Sir Walter Calverley Trevelyan, and other friends....The process employed was my original process, termed by me at first '"Photogenic drawing,'--- for the calotype process was not yet invented. I succeeded in my attempts, chiefly in consequence of a careful arrangement of the solar microscope, by which I was enabled to obtain a very luminous image, and to maintain it steadily on the paper during five or ten minutes, the time requisite. From the negative, positives were made freely, in the usual way. The magnifying power obtained was determined by direct measurement of the image and the object itself, which gave for result a magnifying power of seventeen times in linear dimensions, and consequently of 289 in surface. The definition of the image was good. After the invention of the calotype process, it became of course a comparatively easy matter to obtain these images; and I then ceased to occupy myself with this branch of photography, in order to direct my whole attention to the improvement of the views taken with the camera. 1

The National Museum of Photography, Film & Television, Bradford holds the negative and two prints of this particular image. Prints of this image are very rare and this is the only known print in private hands.