One of the most popular and recognizable doll brands in the 20th and 21st centuries, Barbie dolls are highly sought after by collectors today, particularly well-preserved vintage models. With endless special editions and accessories, Barbie collectors can choose from a dizzying array of dolls and other items.

Barbie is the creation of the Mattel toy company of Hawthorne, California. Ruth Handler, who cofounded Mattel Creations with her husband Elliot, designed the doll to be a toy that would allow young girls to dream about their futures as teenagers and adults. The original 1959 Barbie doll was first introduced as Barbie the Teen-Age Fashion Model. At 11.5 inches tall, she was first displayed at the New York Toy Fair on March 9, 1959 sporting a pony-tail hairstyle, black-and-white striped swimsuit, open-toed shoes, sunglasses, and hoop earrings.

As styles changed with the '60s, so did Barbie. Her ponytail hairstyle evolved to a bubble cut and then to straight, shiny hair. Her makeup became more relaxed and her outfits more diverse. Barbie personas included careers such as astronaut, doctor, and CEO. Barbie has also had a parade of friends over the years, including her including her original best friend, Midge. Her longtime boyfriend Ken debuted on March 11, 1961. Barbie also has several siblings as well as hundreds of accessories. 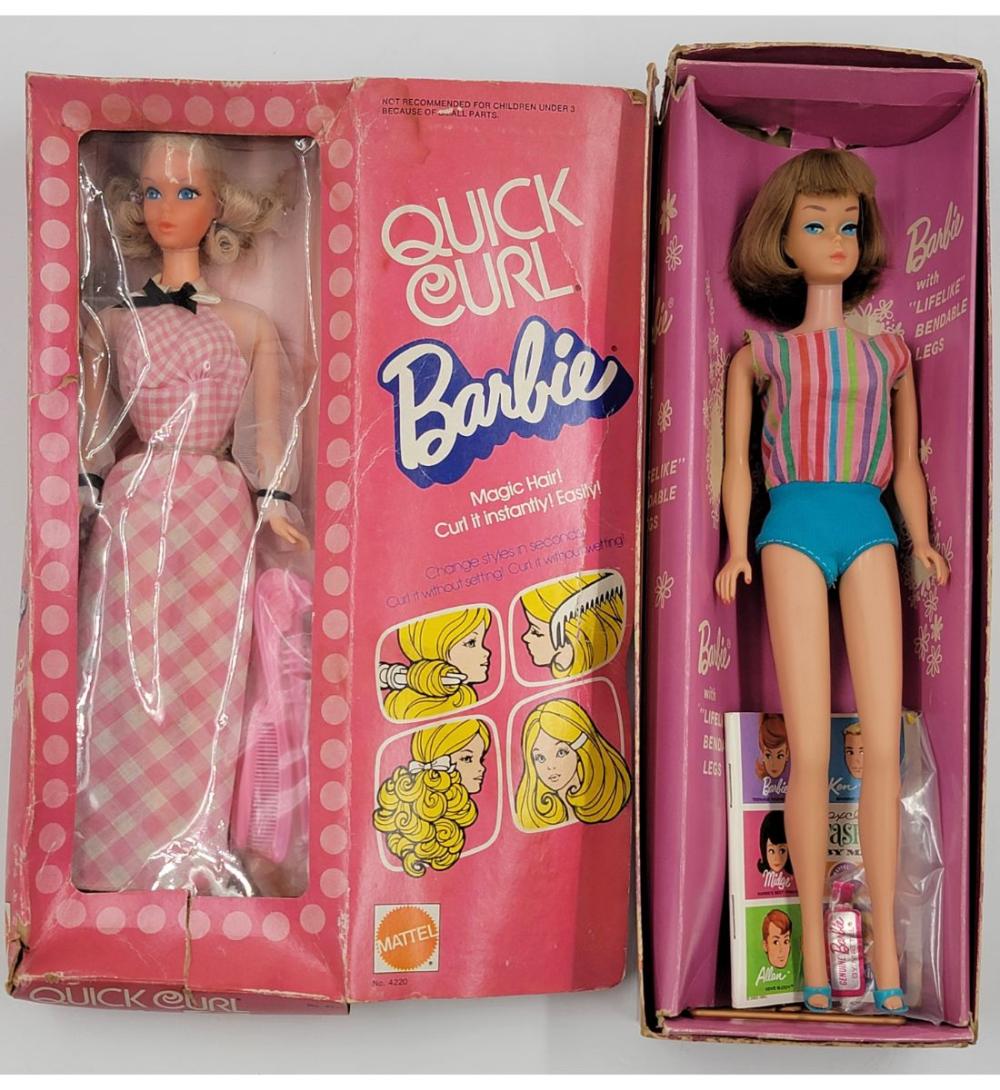 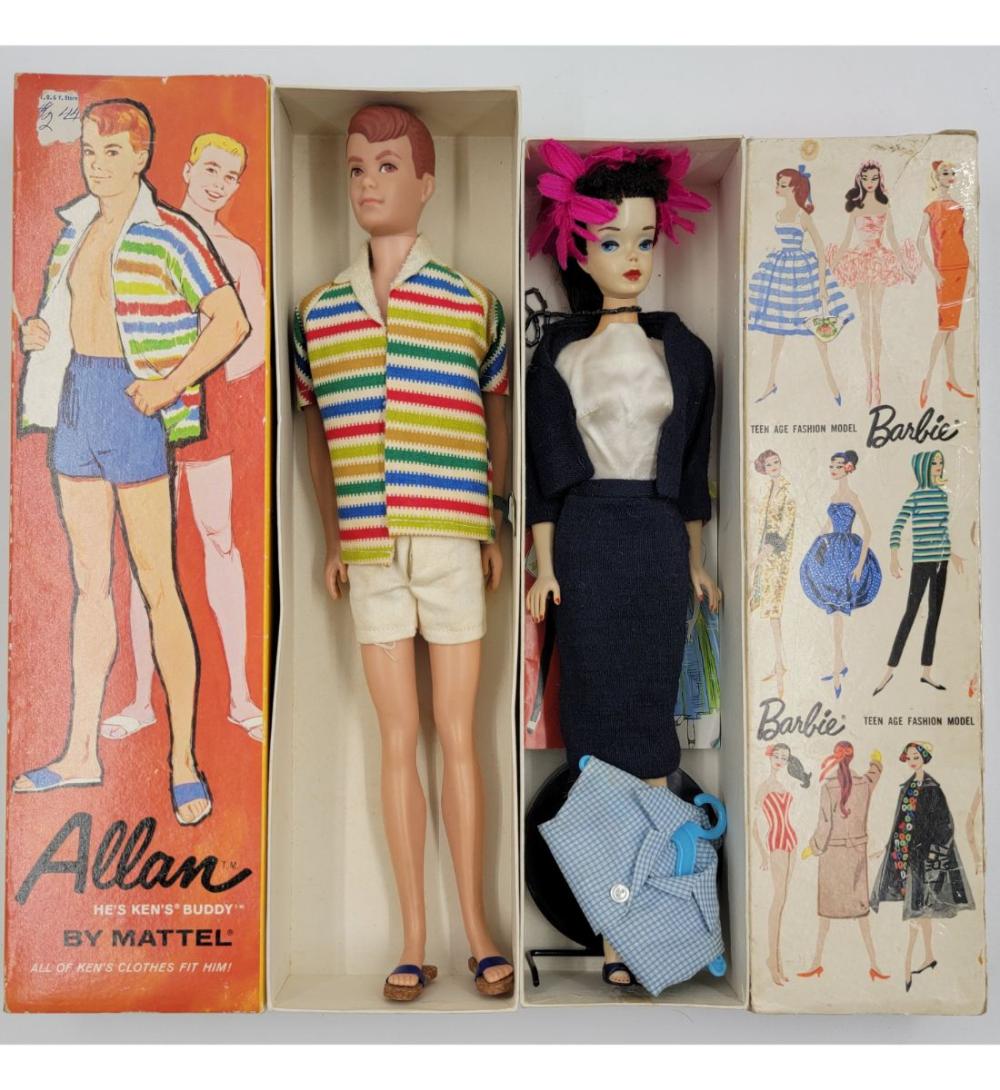 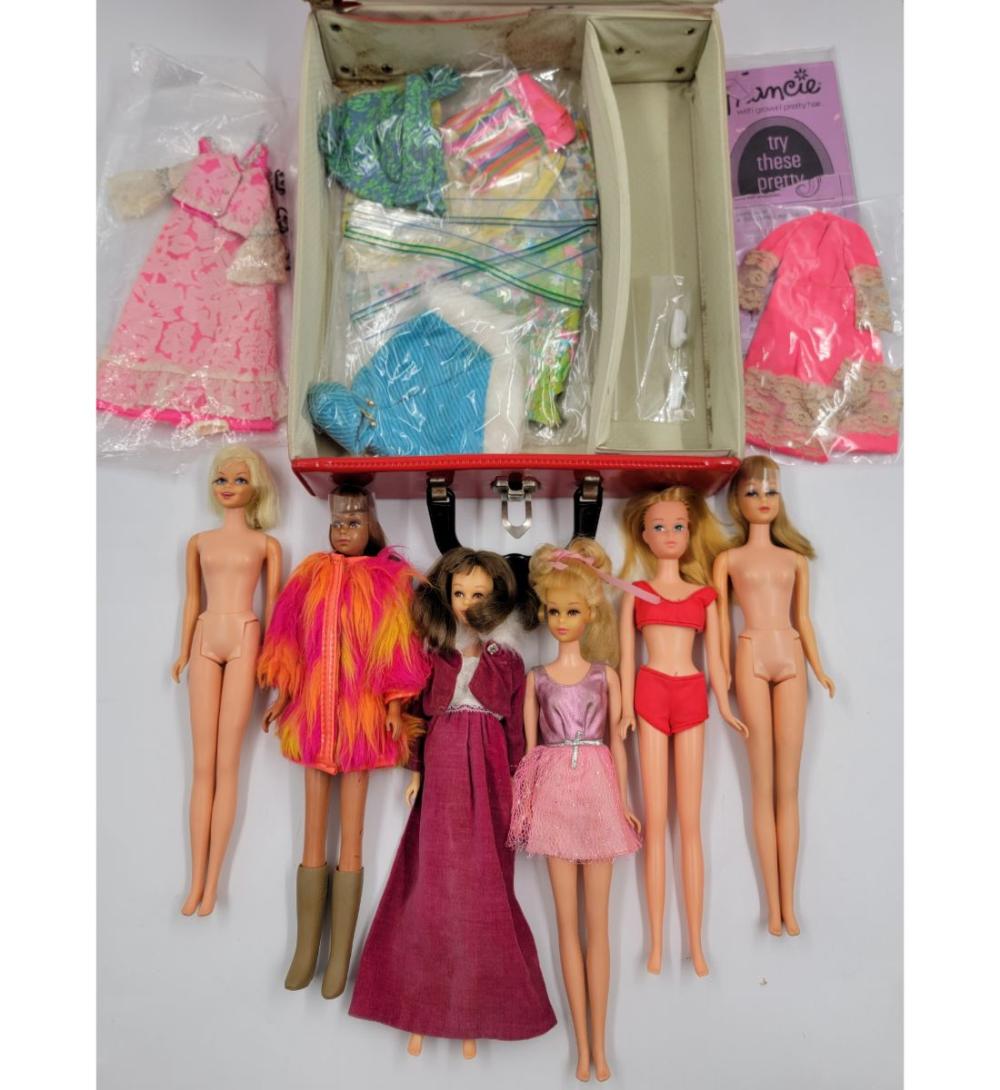 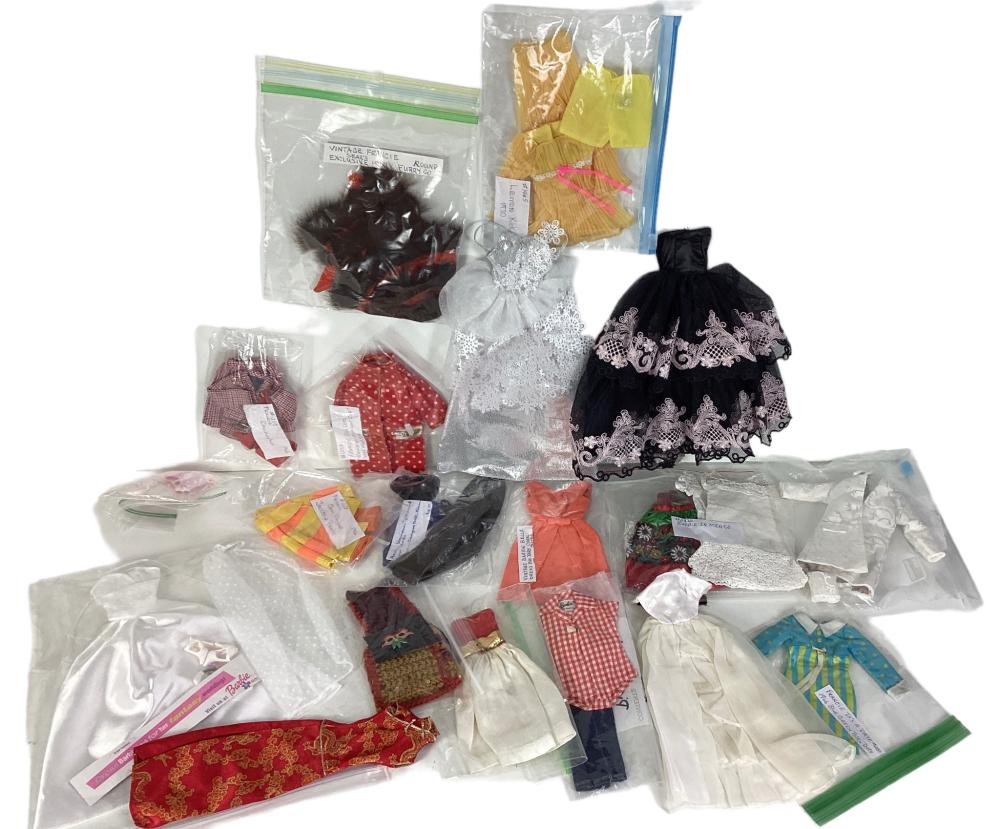 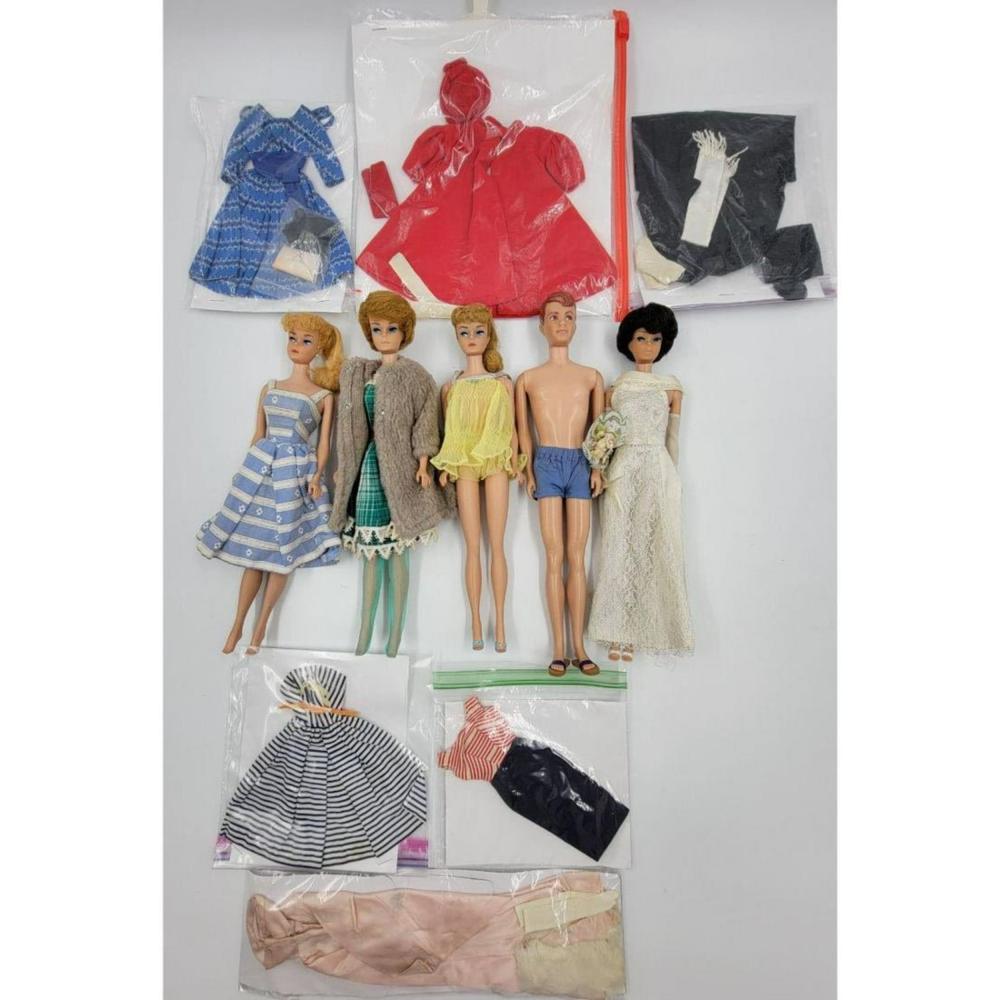 (1) BFMC Silkstone Barbie featuring Duleissima, from the Italian Doll Convention & Gold Label Barbie. She wears a short black a-line skirt & cape, tall boots and purse are. all embroidered in gold, then a off white bl... 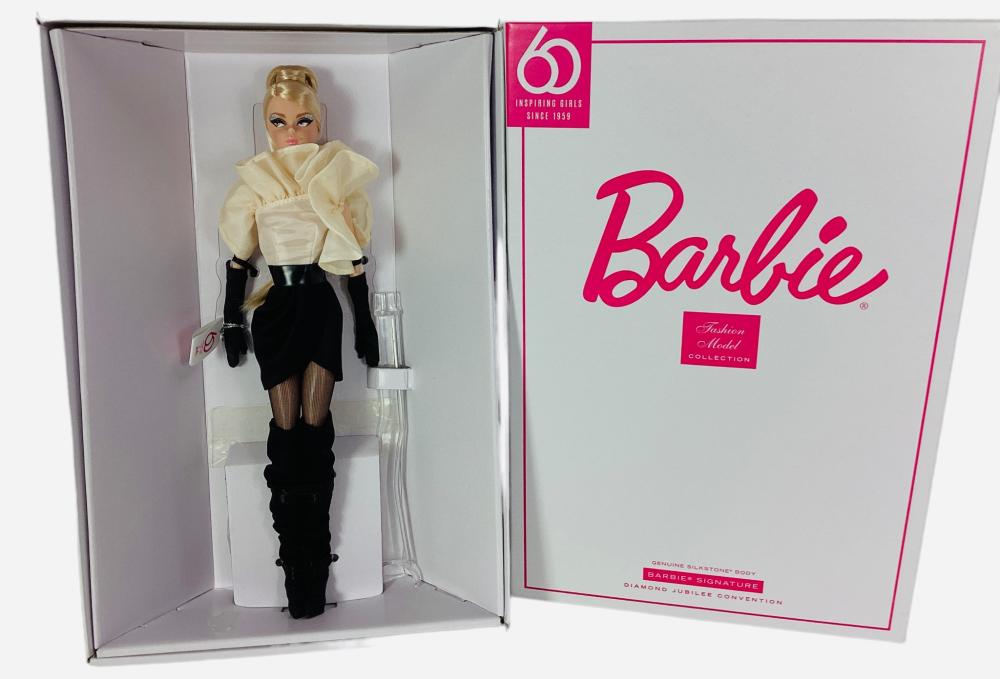 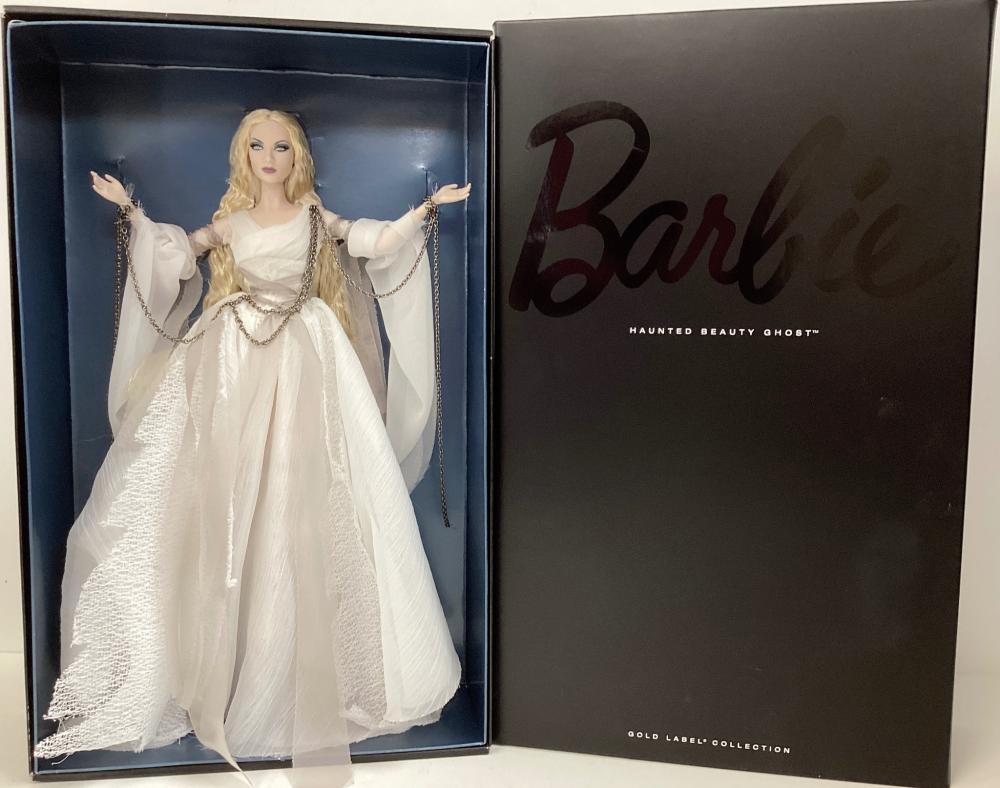 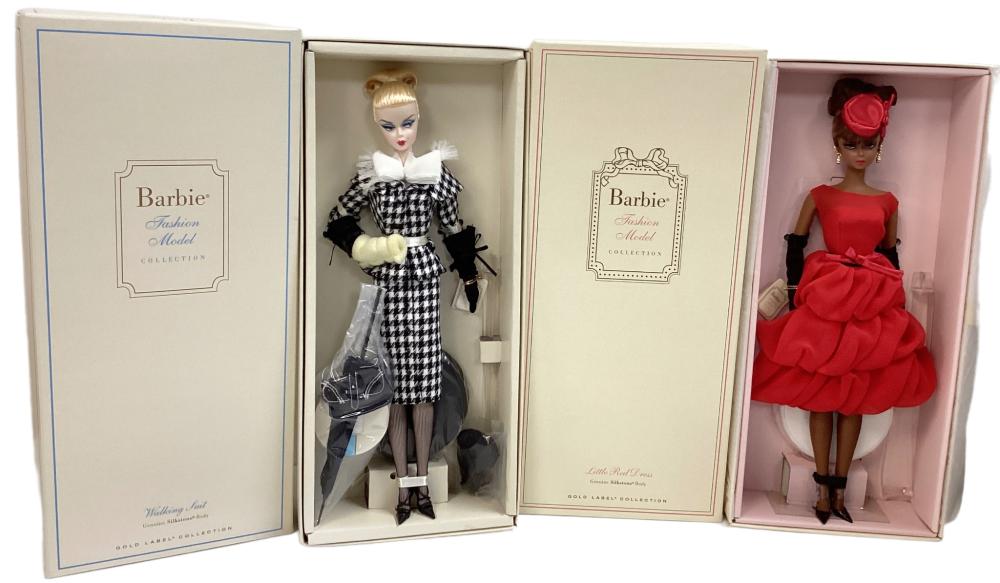 (2) BFMC w/ Genuine Silkstone Barbies including (1) Walking Suit, a gold label Barbie that has 6,600 dolls worldwide. Comes with doll, dress, and many accessories for Barbie. (1) Little Red Dress AA Barbie. she is wea... 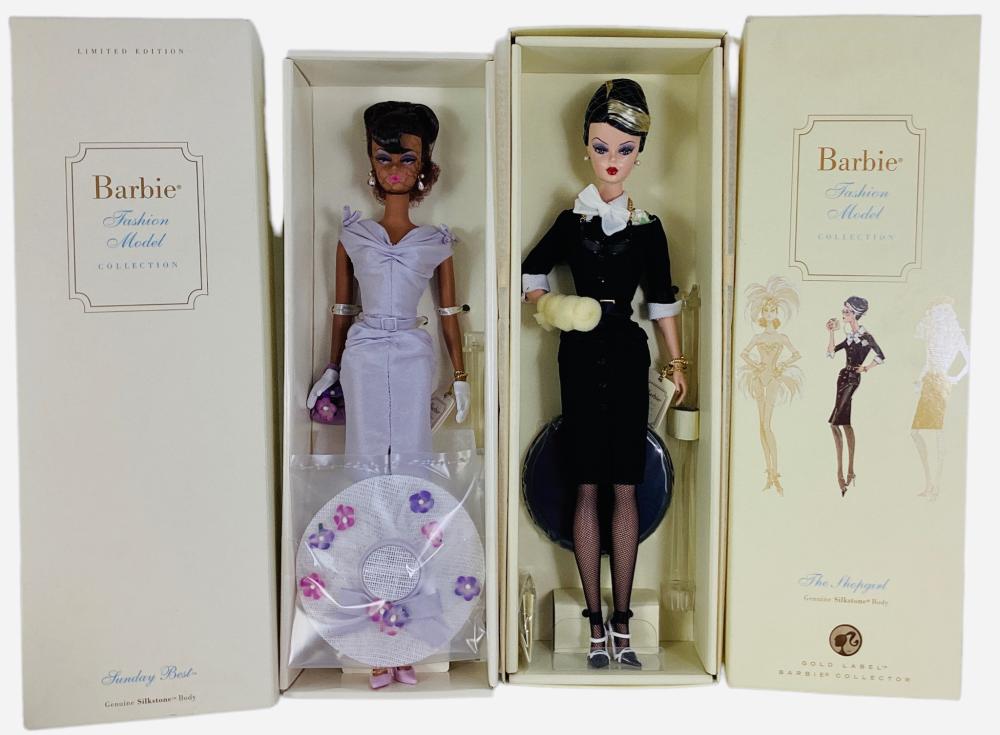 (2) Barbies including (1) The ShopGirl, a gorgeous BFMC Silkstone Barbie, who is MIB and has NRFB as well. The Shopgirl is a part of the Career Silkstone Barbies and no more than 6,900 dolls worldwide. Outside of box ... 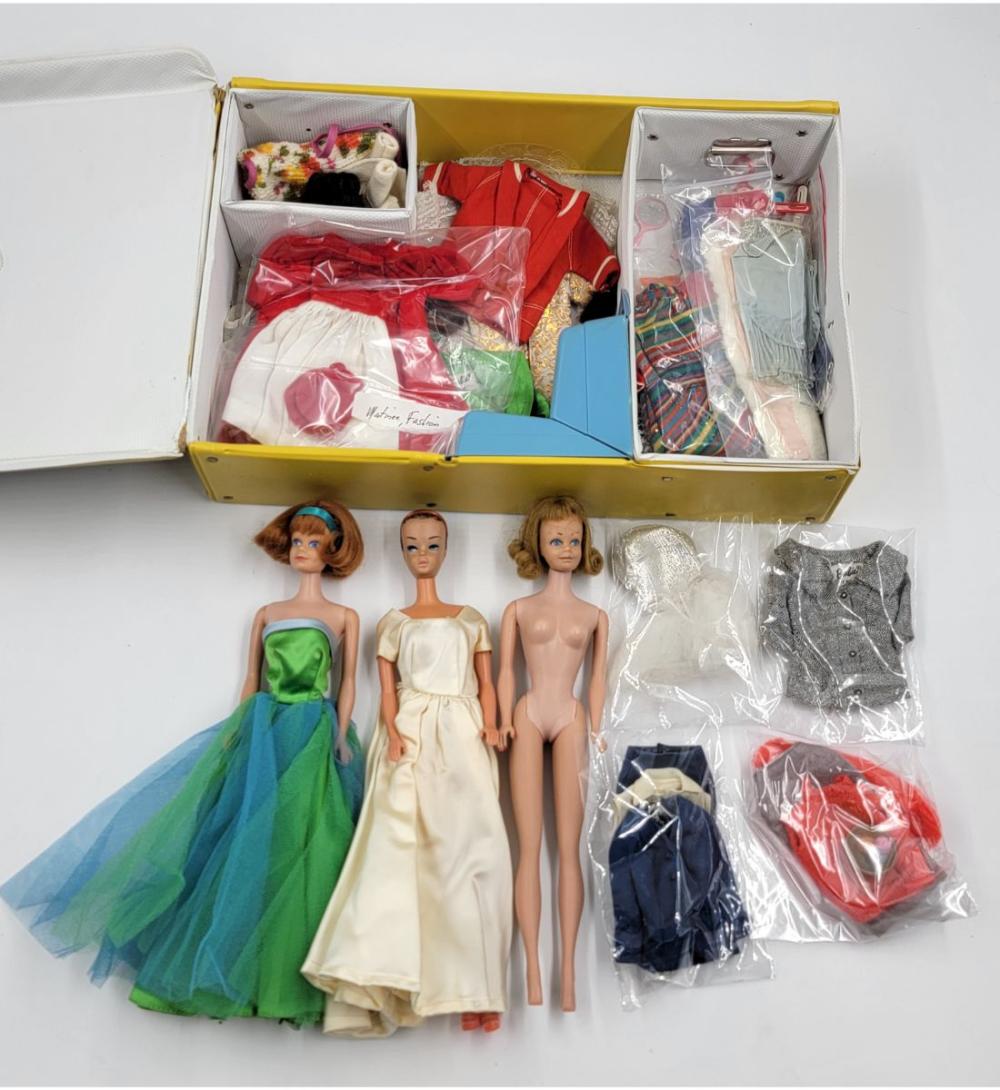 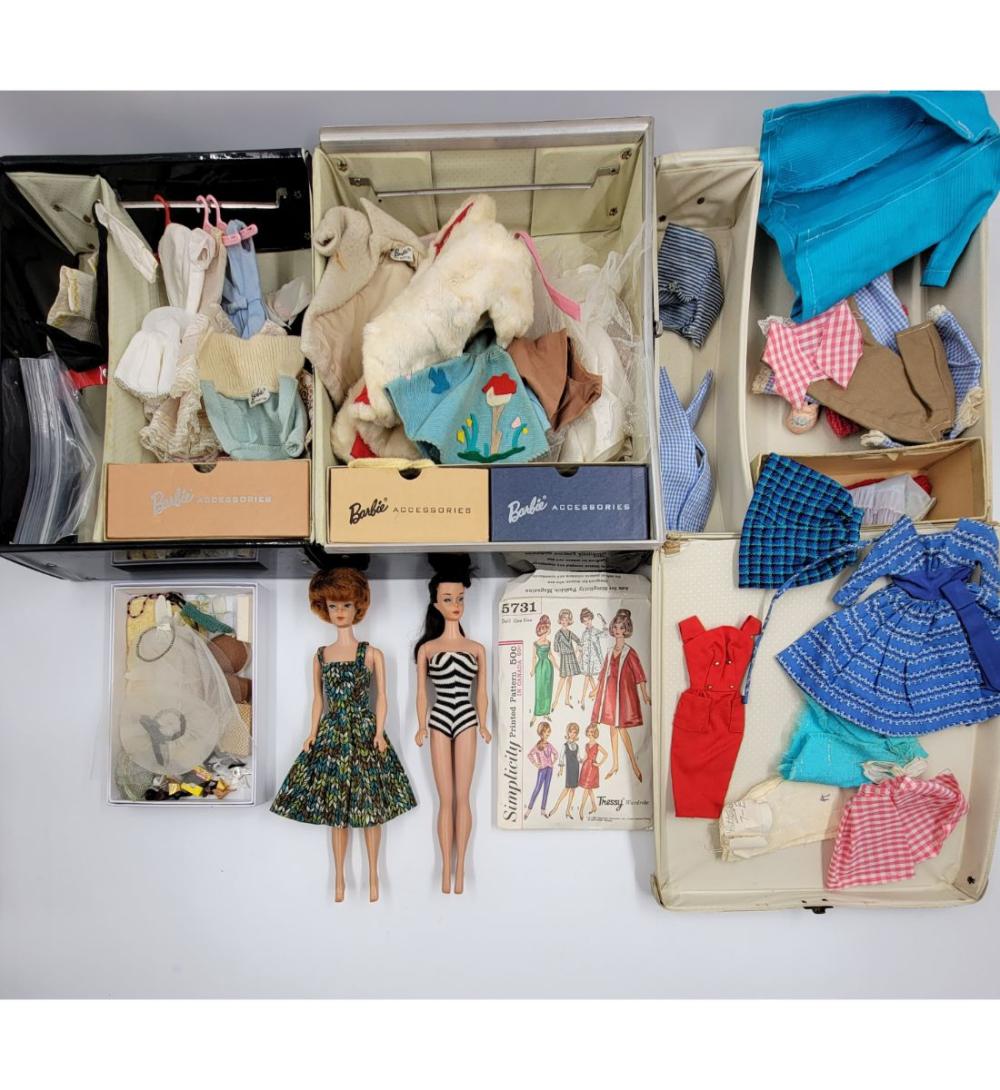 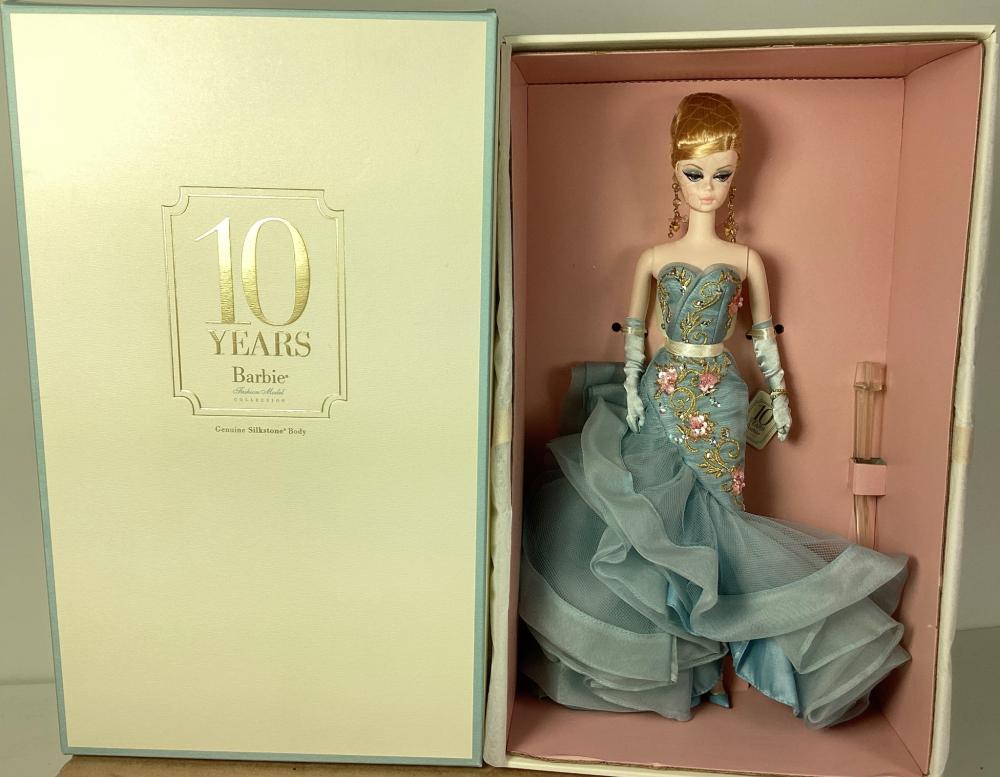 (1) TRIBUTE BARBIE with genuine Silkstone body an comes from BFMC. This gorgeous Barbie is wearing a pale blue gown with embroidery & pink and silver sequins. Tribute Barbie is a NRFB doll as well as MIB. A Gold Label... 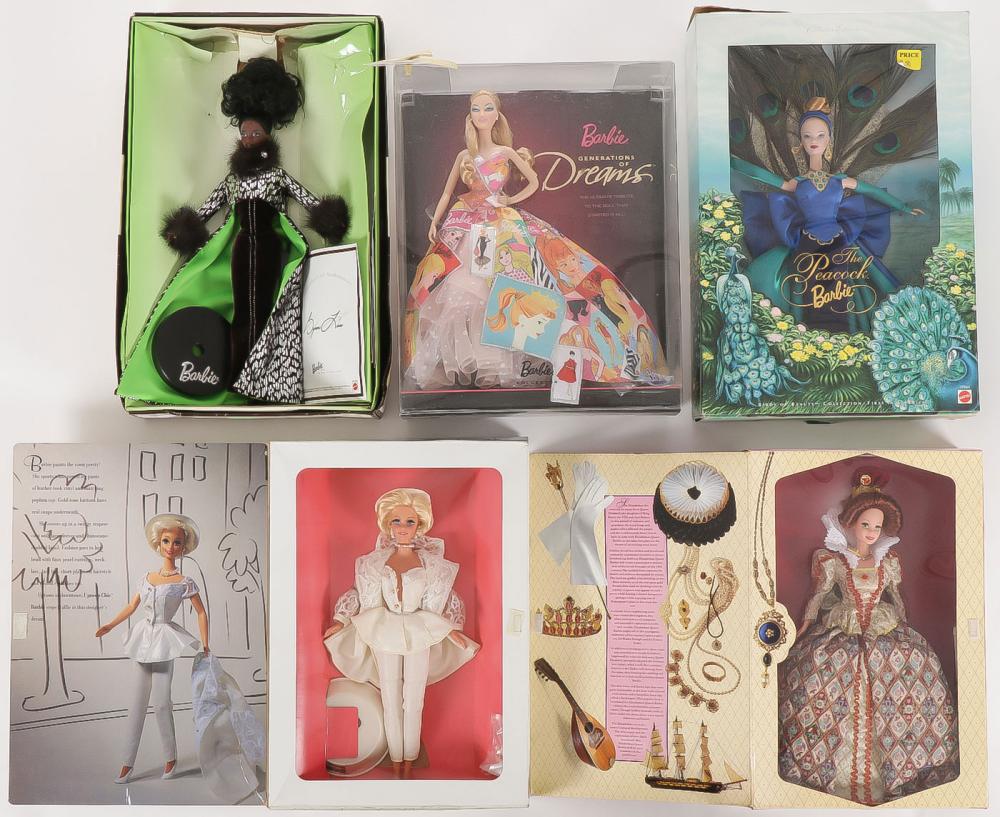 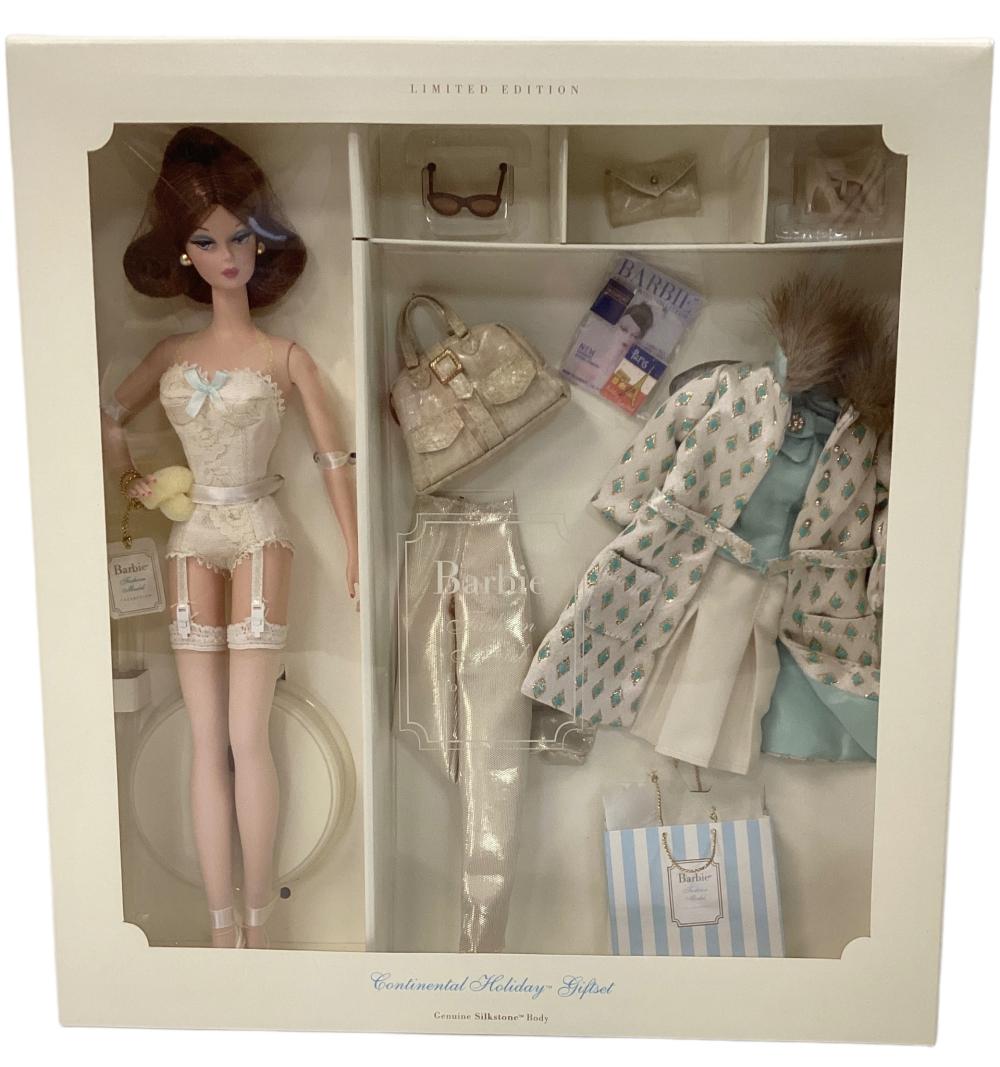 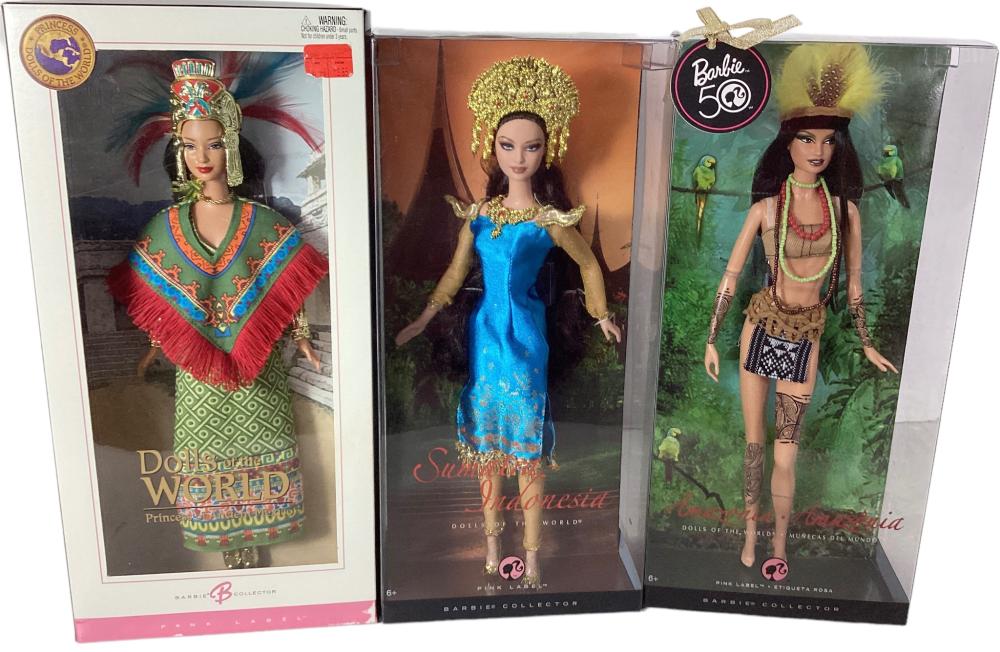 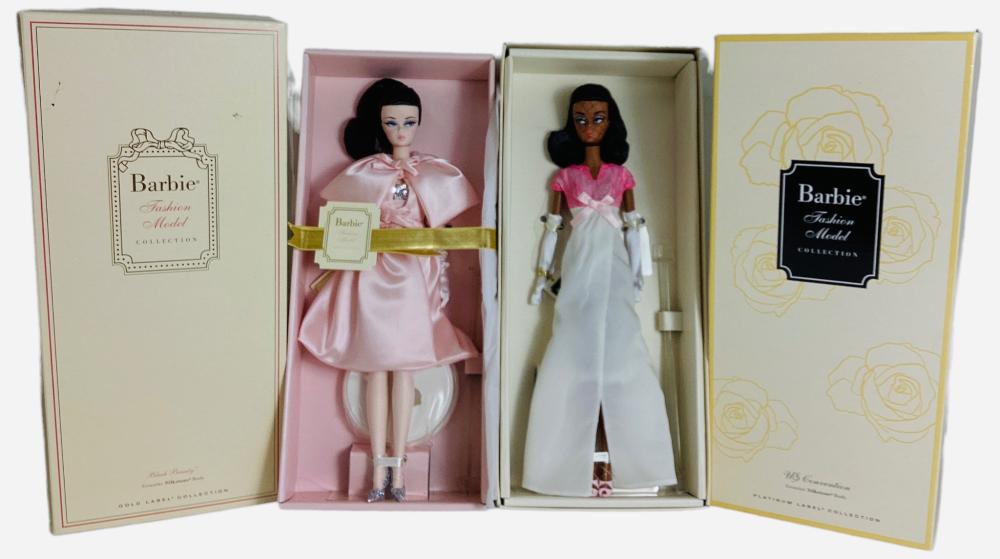 (2) BFMC Barbies including (1) US Convention Silkstone AA Barbie with a platinum label. Barbie stuns in a floor length white gown topped with pink lace& Sparkly shoes and eyeshadow. This AA Barbie is the first time ev... 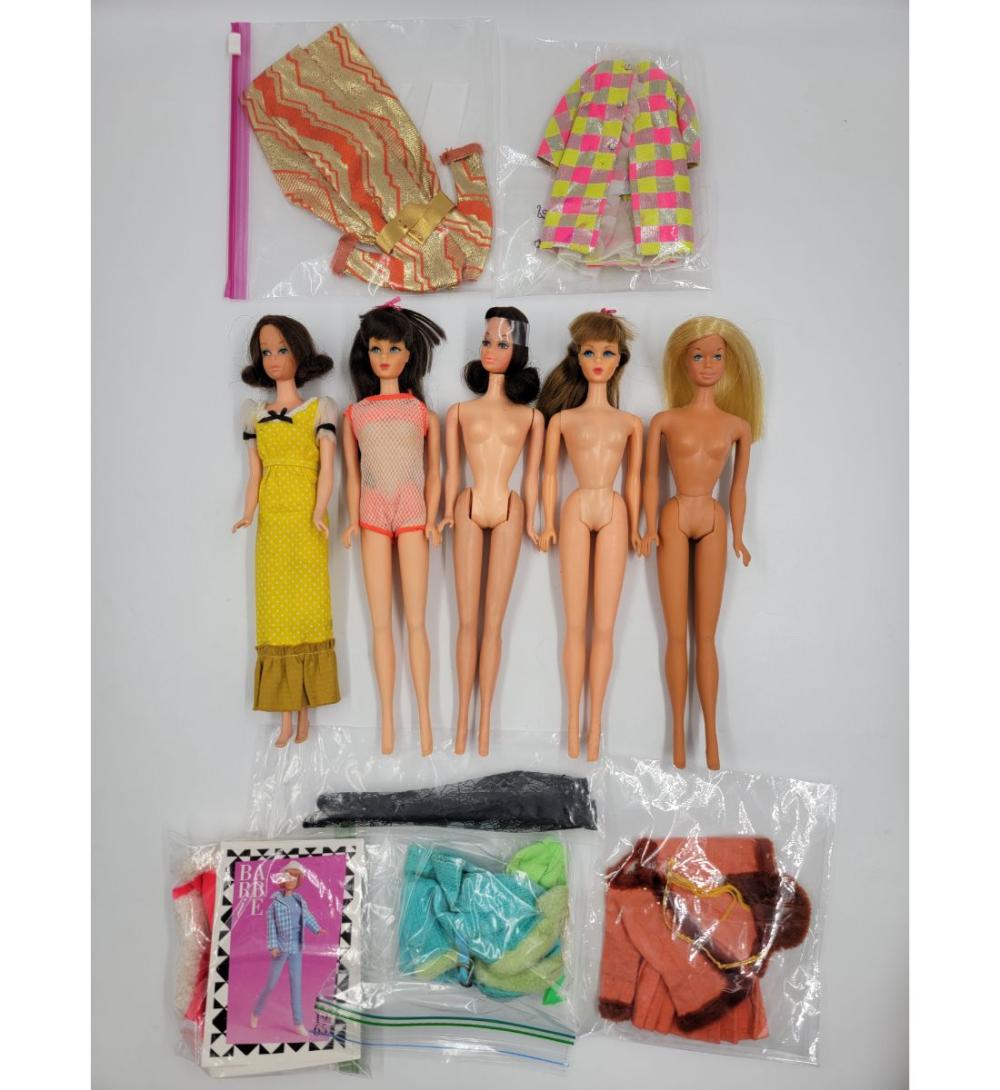 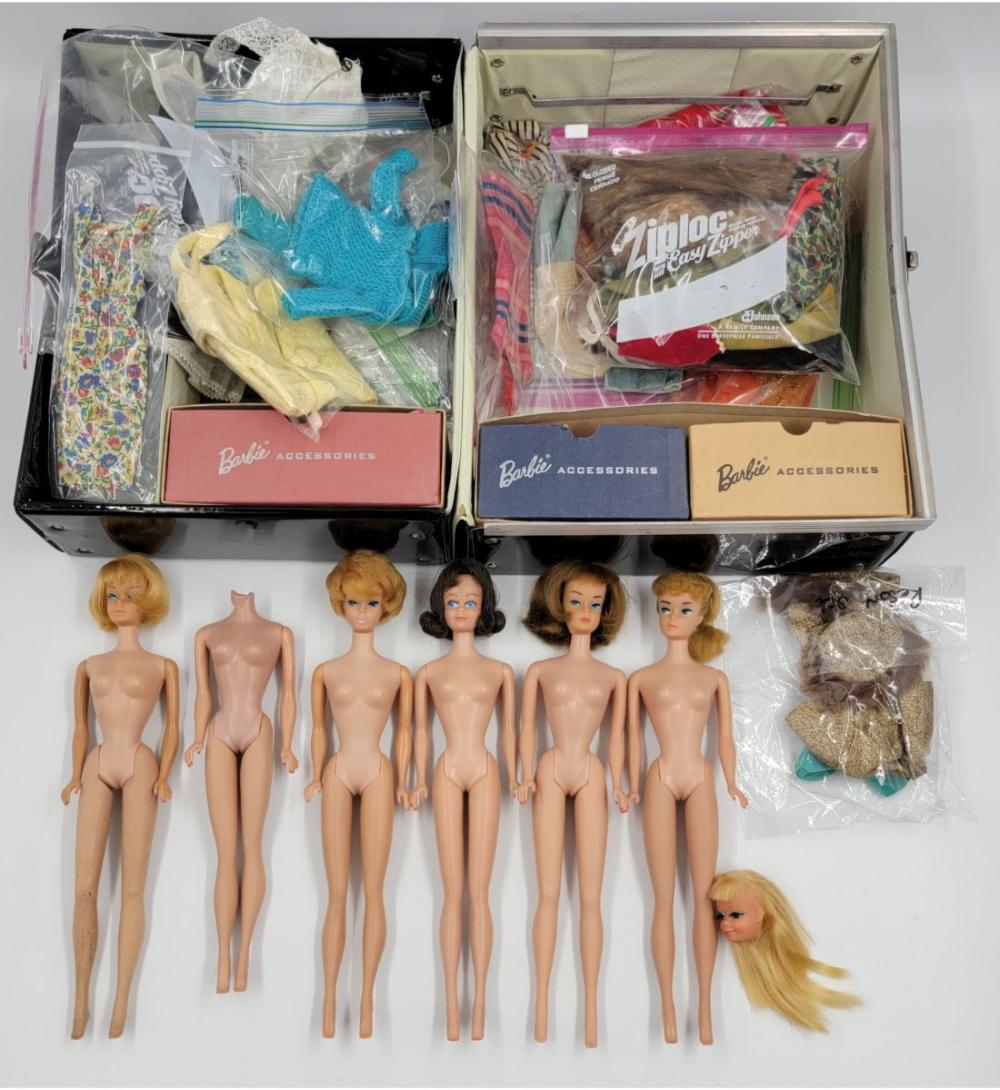 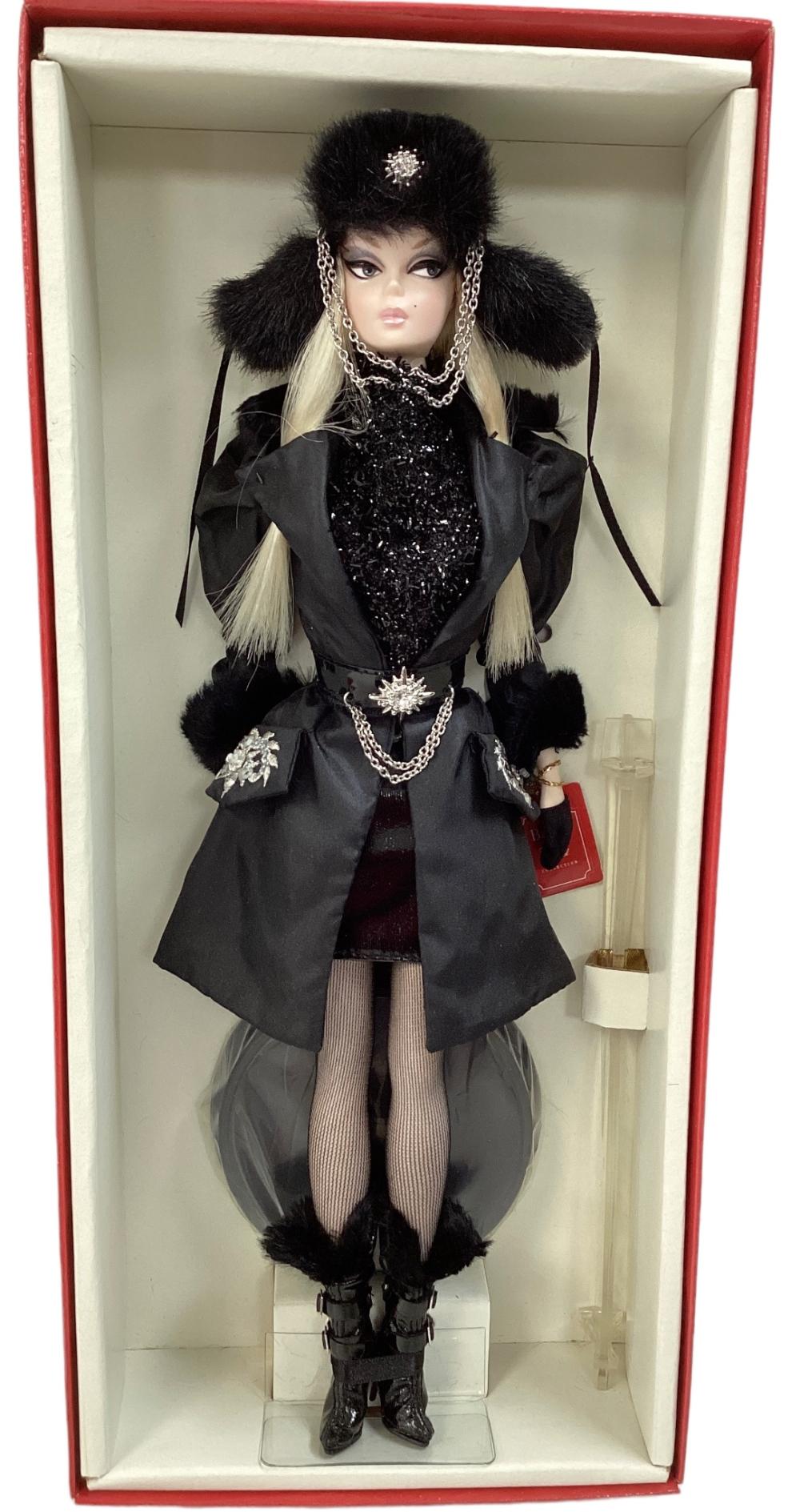 (1) Very HTF The Stewardess of the Barbie Fashion Model Collection. Genuine Silkstone Body and Gold Label. NRFB, she was sealed so she could be displayed without removing her from her box. This mint pristine Silkstone... 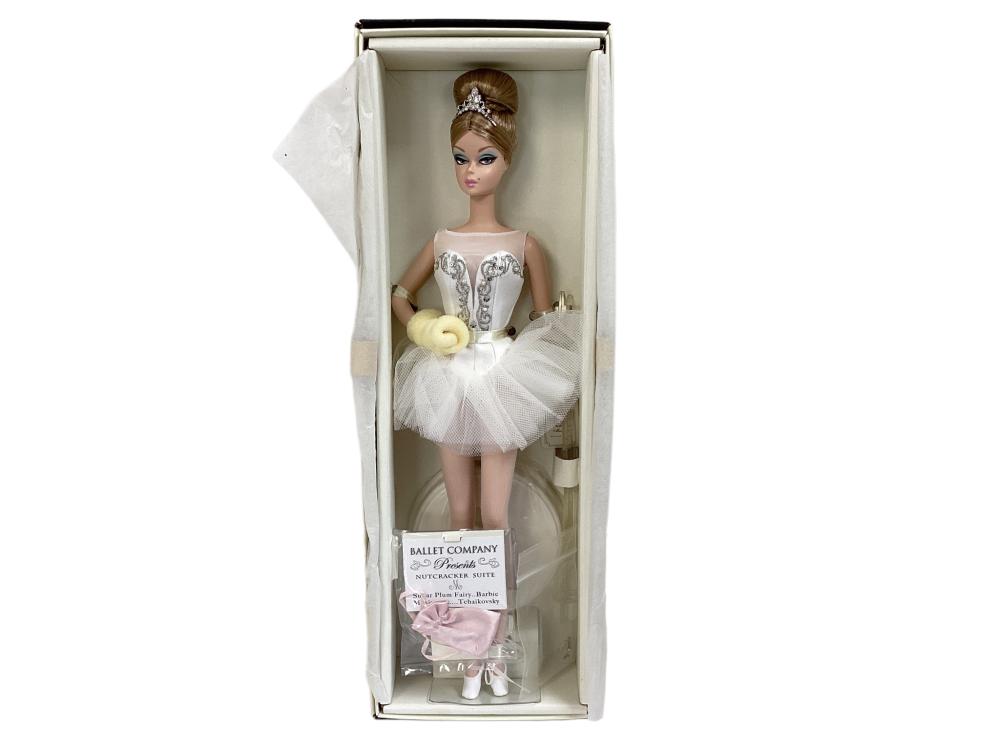 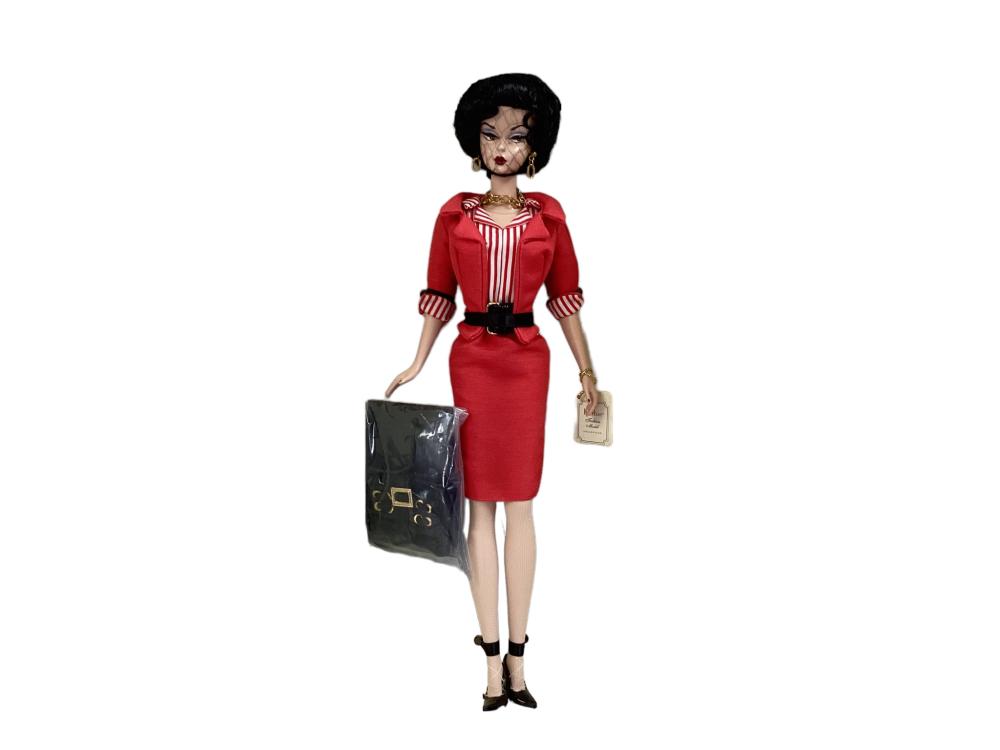 (1) BFMC Gal On The Go Barbie w/ silkstone body. Gal on the Go Barbie pays homage to Busy Gal but have been reinvented for this era. Red pencil skirt & jacket w/striped blouse & other accessories. NRFB, MIB and no mor... 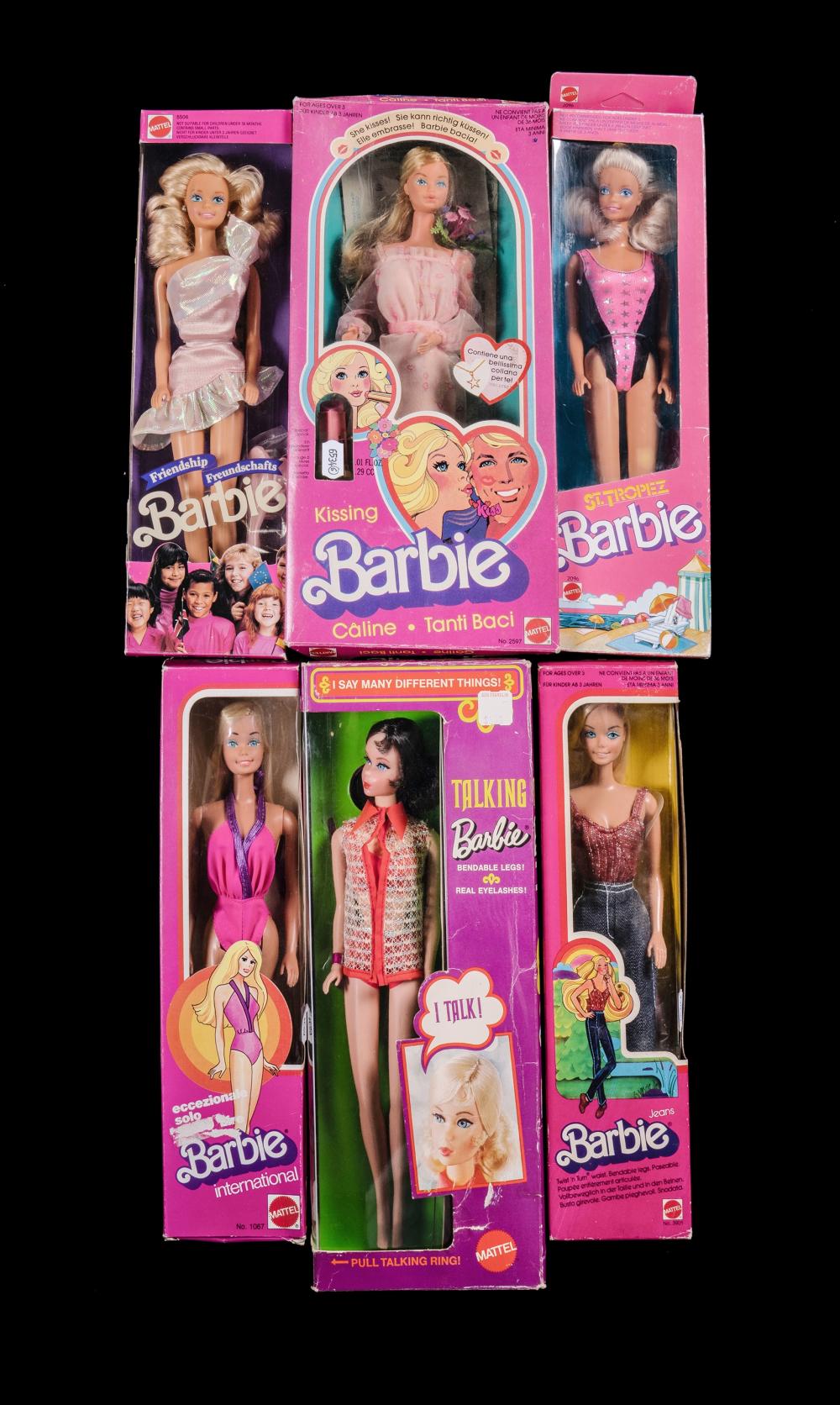