From Beethoven to Beyonce, composers and vocalists consistently reach celebrity status for their artistry. Fans and collectors can acquire iconic items from musicians at auction, including set lists, signed photographs, and stage-worn clothes, some of the most sought-after relics from the celebrated careers of award-winning performing artists.

Inspired by the 59th Annual Grammy Awards, which airs February 12th, we’re looking back at some of our favorite musical mementos ever sold on Invaluable, in order of realized price. 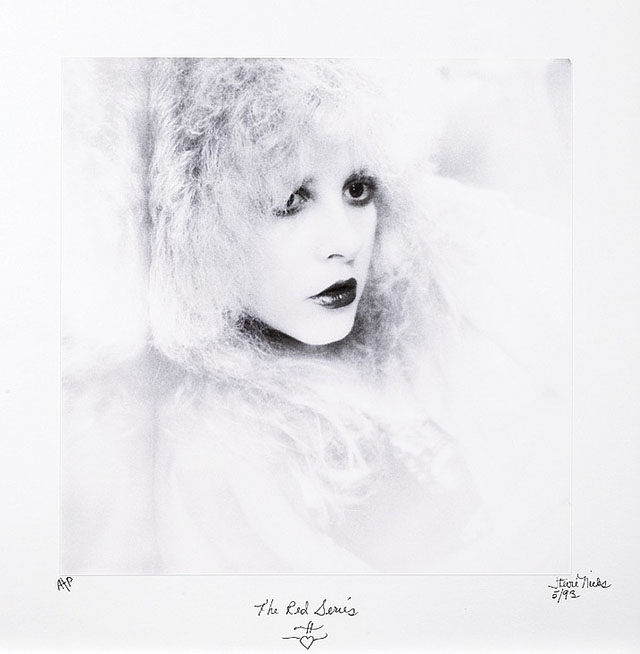 This photograph of Stevie Nicks, captured by Herbert Worthington in 1993, is inscribed and signed by the artist, “A/P The Red Series, Stevie Nicks 5/93.” Nicks, known as the Queen of Rock n’ Roll, began her career with one of the best-selling music acts of all time, Fleetwood Mac. 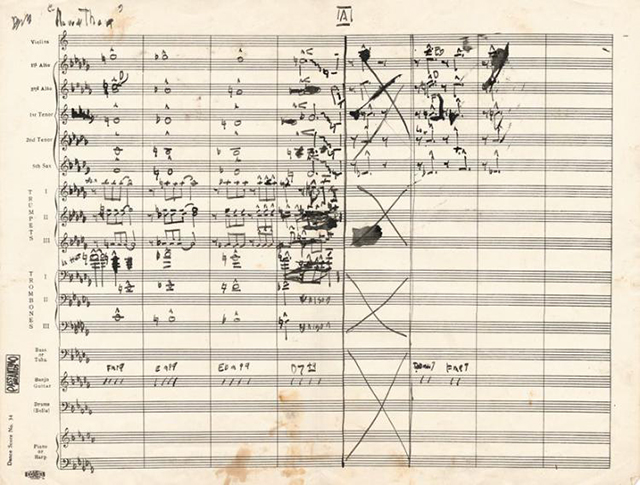 American jazz saxophonist and composer John Coltrane worked on this score paper, annotating in black ink. Coltrane has influenced generations of musicians and garnered numerous honors, including a special Pulitzer Prize citation awarded in 2007 for “masterful improvisation, supreme musicianship, and iconic centrality to the history of jazz.” 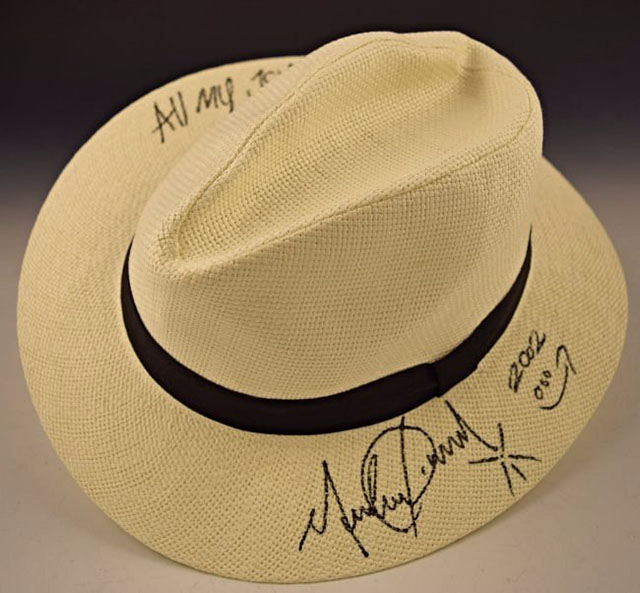 The “King of Pop,” Michael Jackson, once owned this white fedora and signed it. The hat was later given to Jackson’s business manager and friend, Frank Cascio. Throughout his career, Jackson won a whopping 13 Grammy awards (not including the Legend Award and Lifetime Achievement Award) and has been awarded 39 times by the Guinness Book of World Records, including the one for “Most Expensive Jacket Sold At Auction” for his jacket from the Thriller music video. 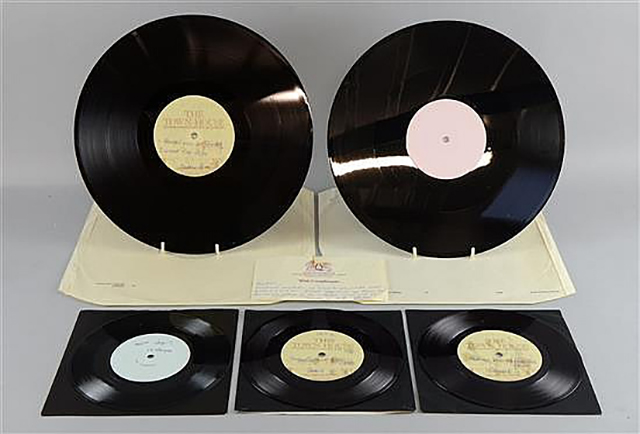 Vinyl singles including “Friends Will Be Friends,” “Gimme The Prize,” and “Seven Seas Of Rye” were delivered to Queen frontman Freddie Mercury in 1989 for his approval. Although Queen has never won a Grammy, their songs “Bohemian Rhapsody,” “We Will Rock You,” and “We Are The Champions” are all featured in the Grammy Hall of Fame. When asked if he’d like to win in 1984, Mercury said “it would be nice, but I won’t lose any sleep over it.”

5. Record Signed by The Rolling Stones 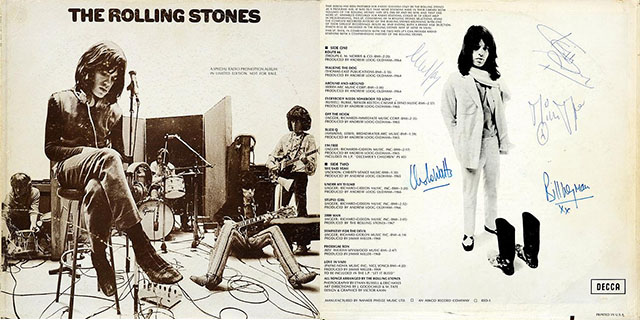 Originally pressed for the American market, The Rolling Stones promotional record was also briefly distributed by Decca UK in England. This copy is signed by all 5 members of the iconic group, although Bill Wyman allegedly signed for Charlie Watts who was absent at the autograph session. 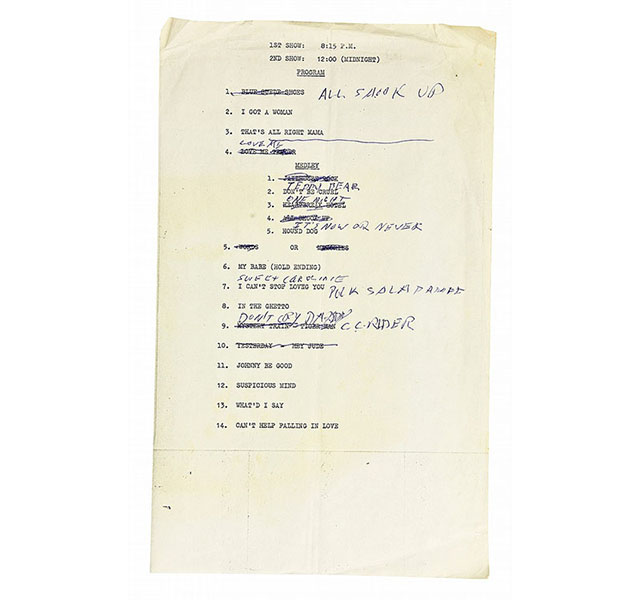 Likely from his very first Las Vegas season in 1969, this set list from one of Presley’s shows is marked by his handwritten adjustments and notes. Of the fourteen songs typed, the artist altered half. 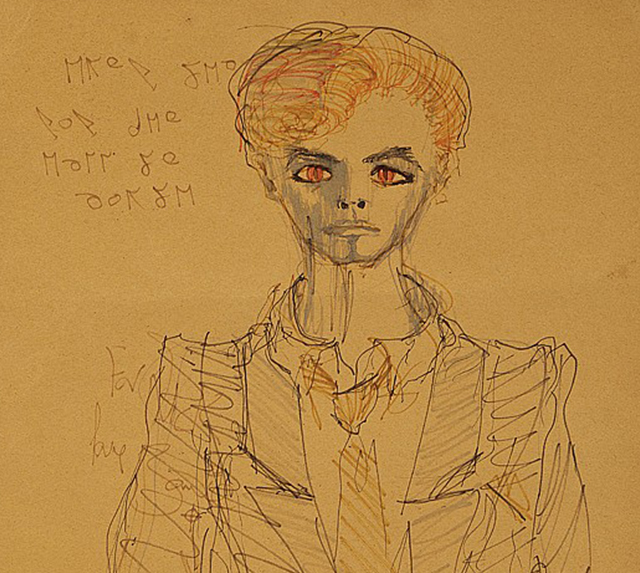 Unsurprisingly, David Bowie’s broad artistic talent also included drawing. A perfect example of the performing artist’s crossover into the visual arts: a self-portrait of Bowie as an alien, executed as he was developing his character, Thomas Jerome Newton, for the 1976 film The Man Who Fell From Earth. The sketch, created with artist pens and gouache, is signed over the right shoulder: “For Nick, Love Bowie” (presented to director Nicolas Rogue). It also included an inscription in an alien language of Bowie’s own invention. The sketch sold in October 2015, just a few months before Bowie’s death.

8. Guitar Signed by The Eagles 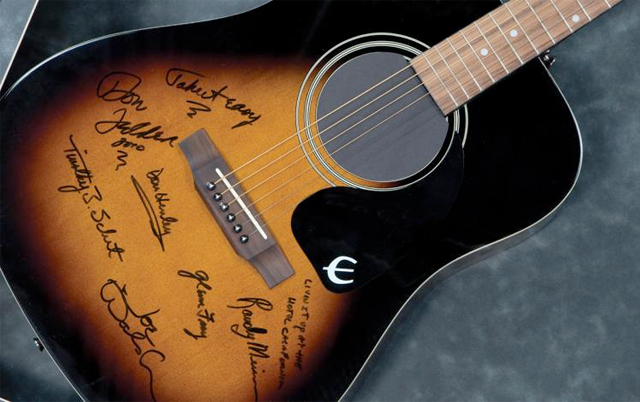 A guitar signed by the iconic American rock band, The Eagles, for their fan club. The band, formed in Los Angeles in 1971, consisted of Glenn Frey, Don Henley, Bernie Leadon, and Randy Meisner, who together won a total of 6 Grammy Awards and 3 Grammy Hall of Fame Awards. Their songs “Take it Easy” and “Livin’ It Up at the Hotel California” are both inscribed on the guitar. 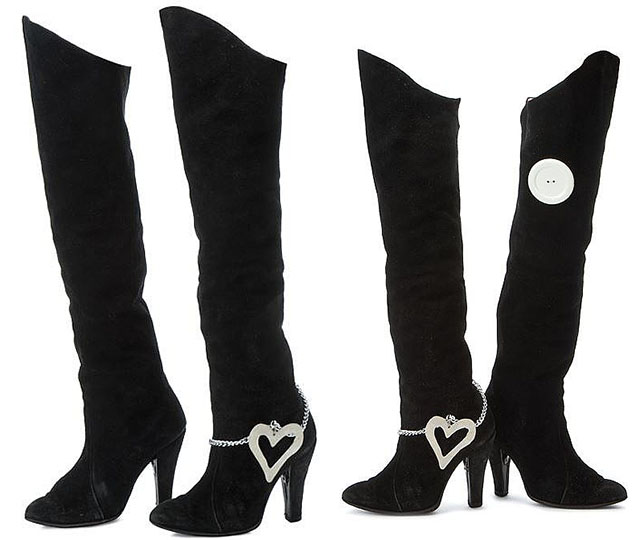 These over-the-knee suede boots were worn by Prince during his world tour in 1988-89. In addition to selling over 100 million records throughout his career, Prince won seven Grammy Awards and was inducted in the Rock and Roll Hall of Fame the first year he was eligible in 2004.

10. Julie Andrews’ Guitar from The Sound of Music 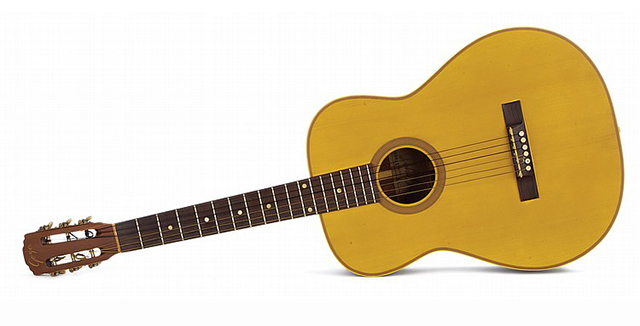 Known for her award-winning star roles in Broadway and movie productions of My Fair Lady, Mary Poppins, and The Sound of Music, actress and singer Julie Andrews won the Grammy Hall of Fame Award in 1973 for the musical recording of the 1965 film, The Sound of Music. Pictured above is the acoustic guitar Andrews used while playing Maria, who in the film inspired the Von Trapp family to bring music back into their lives with songs like Do Re Mi and My Favorite Things. Sold in October of 2015, it’s a vintage Goya brand 6-string with its original maker’s label, originally from the collection of The Sound of Music associate producer, Saul Chaplin.

Celebrate the upcoming Grammy’s with original, artist-owned or signed costumes, records, awards, instruments, and more. Explore a massive selection of music memorabilia, autographs, and musical instruments soon up for offer on Invaluable. May the Fourth Be With You: Best “Star Wars” Sales on Invaluable A Compendium of Iconic Guitars by Genre