In recent years, fashion photography has been recognized as an art form in its own right. “Fashion photography is among the most cutting edge of all photography,” says Sharon Phair Fortenbaugh, Director of Sales & Marketing at Chowaiki & Co. who has spent over 25 years in media and the arts. “It’s exciting, controversial, and something that is still of interest to all types of photography collectors.” Front-running photographers in the fashion industry have sparked and inspired art movements, techniques, and trends.

To celebrate this week’s kick off of New York Fashion Week (September 9-15), we’ve selected some of the best in fashion photography; from the early pioneers of the 1940s through the noteworthy contemporary image creators. 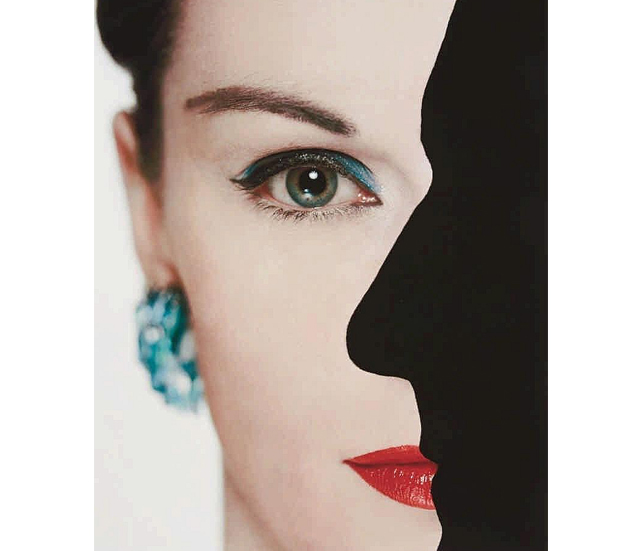 Arguably the most experimental of fashion photographers at the time, Erwin Blumenfeld continually drew inspiration from the Dadaists. This is evident in his use of photographic manipulation such as solarization, multiple exposures and photomontage. This seemingly playful image aims to represent something profoundly deeper; evoking the absence of the woman’s male counterpart in times of war. 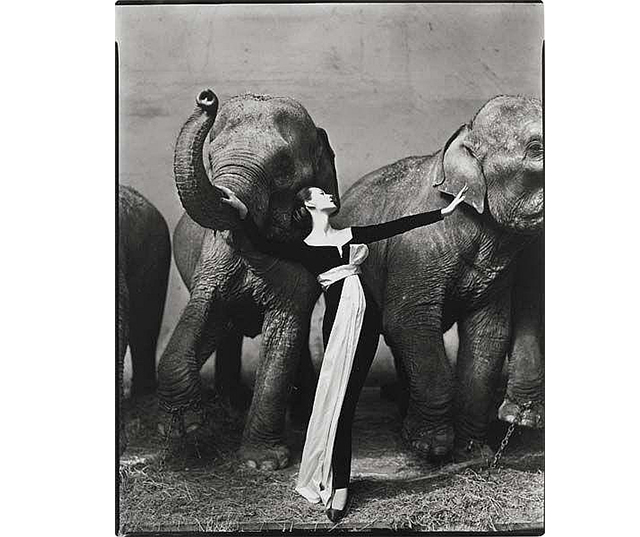 Described by Fortenbaugh as a “classic fashion photographer,” Avedon contributed significantly to establishing photography as an art form, with work appearing in a diverse range of publications from Harper’s Bazaar and Vogue, to Life and Look. “Dovima with Elephants” was amongst the first images to take fashion photography out of the studio and on location, initiating a practice that is still adopted today. 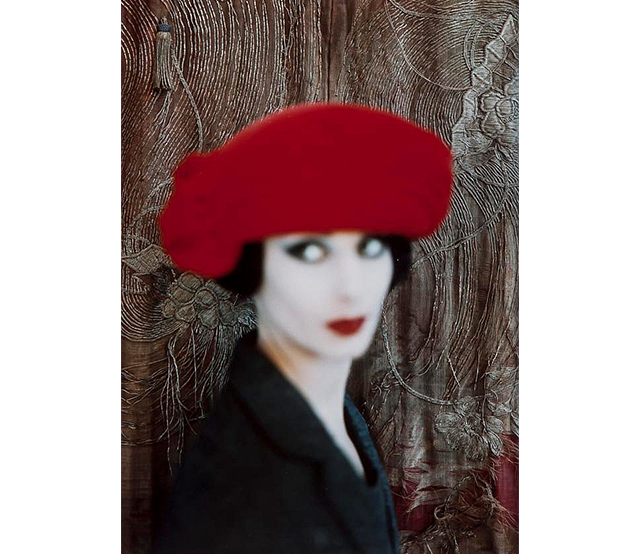 Another pioneer of fashion photography, Norman Parkinson injected a relaxed and casual elegance into his work, which set him apart from his contemporaries and made him one of Vogue’s star contributors. Inspired by the painter Kees Van Dongen, Parkinson plays with texture, color, and focus in this image, capturing the model’s gaze to convey the power of suggestion. 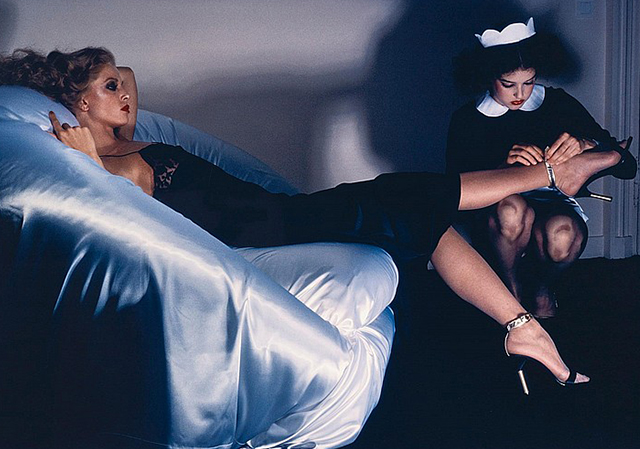 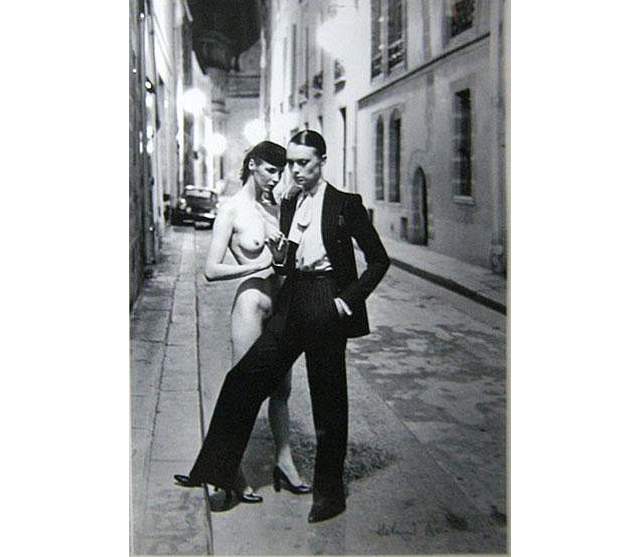 In contrast to fashion images that came before, the Helmut Newton woman was strong and in control. Shot for French Vogue in 1975 and showcasing the slick silhouette of the YSL tuxedo, “Rue au Britot” set the tone for a new type of femininity; playing on the notion of androgyny, which continues to influence fashion culture today. 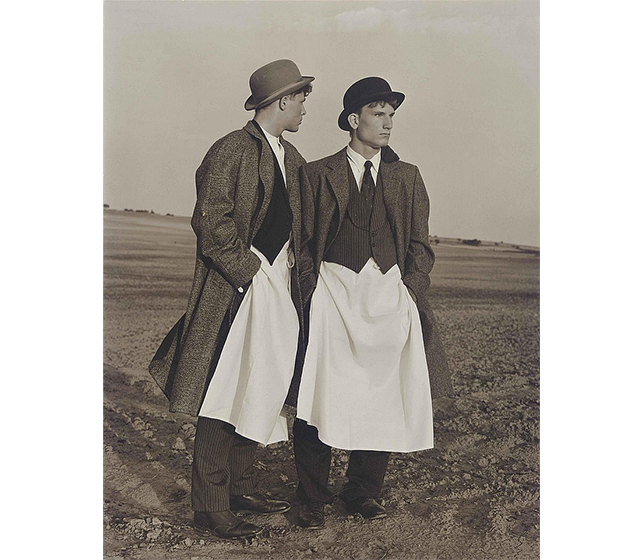 From the “waspish chic” of Ralph Lauren campaigns to his somewhat controversial depiction of youth for Abercrombie & Fitch, Bruce Weber is known for re-inventing the American dream for modern times. Rising to prominence during the 1980s, Weber was an early champion of the cult of the male model, here choosing his signature backdrop of the wild American landscape. 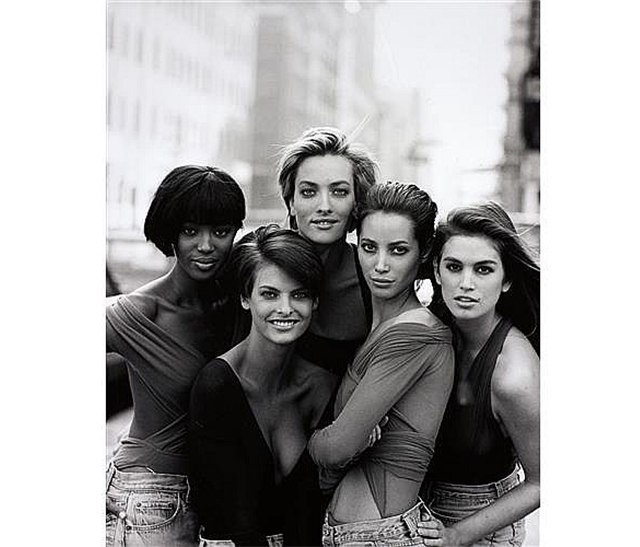 Taking a more documentary approach, Peter Lindbergh introduced a new realism to fashion photography; redefining the standards of beauty with a modern elegance which set the tone for the era. The iconic status of this image is undeniable; it heralded the age of the supermodel and kick-started their trajectory to fashion world takeover. 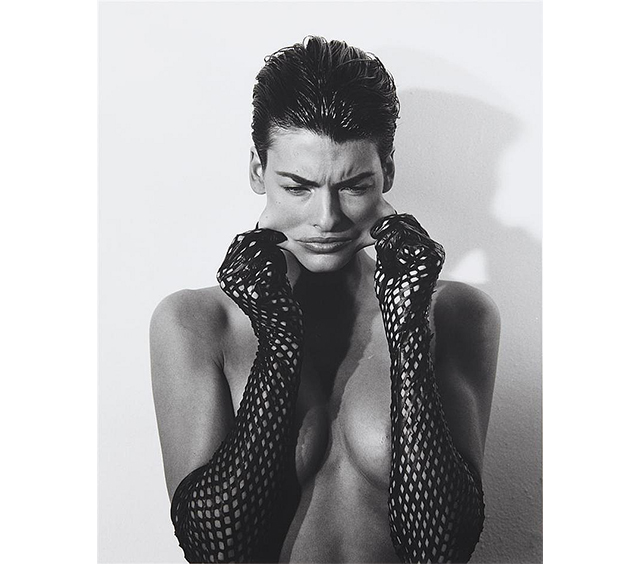 Cited by Fortenbaugh as “the benchmark for the coolest, most cutting edge photography in fashion”, Steven Meisel has created some of fashion’s most powerful images, particularly for Italian Vogue. Having previously discovered Linda Evangelista (as well as other 90’s supermodels), this is one of his first portraits of the supermodel; inadvertently capturing the spirit of the time. 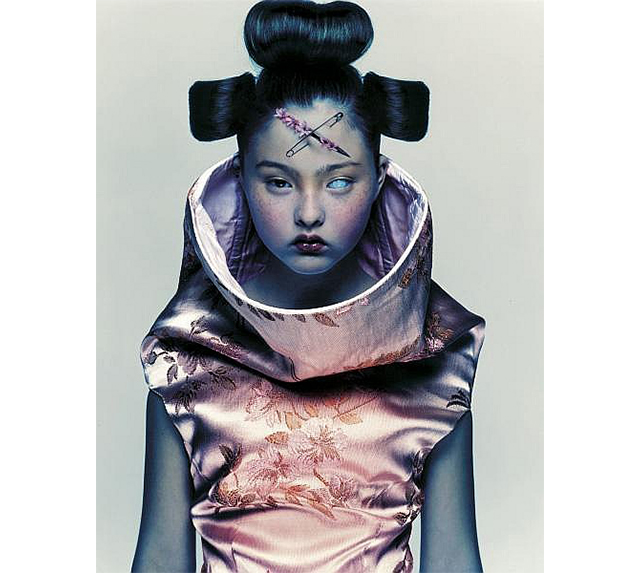 Throughout his career, Nick Knight has continually challenged conventional ideals of beauty; forging a reputation for pushing the boundaries in creative technique and being at the forefront of innovation. In collaboration with designer Alexander McQueen, this image for Visionnaire 20, shows model Devon Aoki transformed into a cyborg geisha, in turn, exploring McQueen’s signature themes of orientalism and science-fiction. 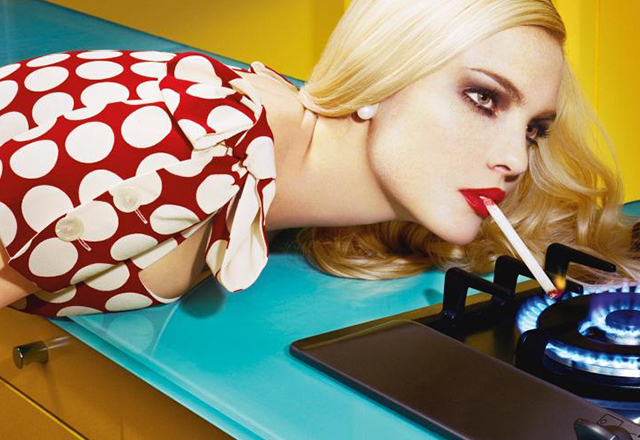 Through a very distinctive aesthetic, Aldridge sets himself apart from the conventions of fashion photography, establishing him as a key player in the 2000s thanks to his work for numerous influential publications. “Home Works #3” represents Aldridge’s signature style: a unique blend of artificial glamour and luxury with the surreal; lying somewhere between cinema and photography. 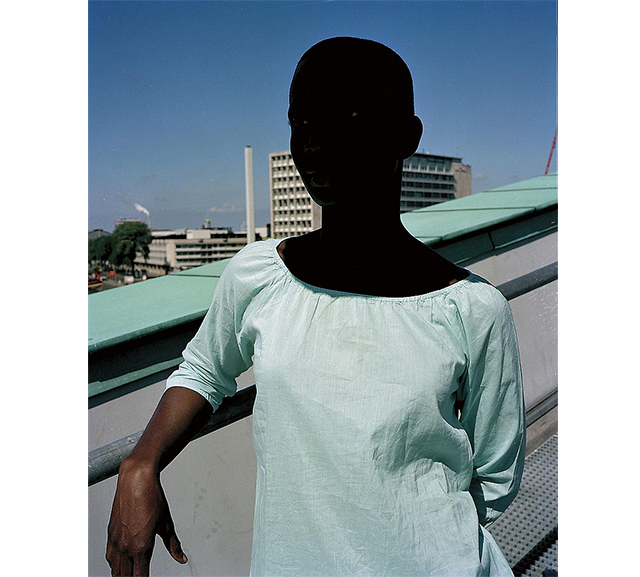 With a refreshing approach to fashion photography, it’s not hard to see why the work of Viviane Sassen is widely published and exhibited internationally. In her book “Flamboya,” which includes the above pictured “Kathleen,” Sassen experiments with shadows and cut-outs to explore the complexities of representation and identity. For those interested in investing in future icons, this fashion photographer is one to watch.

About Fiona McKay & Xenia Capacete
Fiona and Xenia are fashion curators and exhibit makers, and founders of White Line Projects, a curatorial and creative studio based in London. White Line Projects curates, designs, and produces a diverse range of outcomes including exhibitions, installations and digital experiences, and websites for a wide range of clients in the fashion and cultural sectors. Fiona, Xenia, and the team at White Line Projects bring a diverse combination of skills and background experience ranging from visual communications and 3D technologies to architecture, art history, and exhibition design to theatre design and performing arts. Behind the Scenes at Sotheby’s: Rare Photographs for Sale 6 Photography Framing Tips to Live By Photorealism and Its Impact on Contemporary Art
Recent Posts
Categories