Art lovers, rejoice! The 2016 fall art season is finally here, and this year’s line-up of art fairs and events is better than ever. We compiled a list of our most anticipated events this season, in select cities across the United States including Houston, San Francisco, New York City, Chicago and Miami. Whether you’re most interested in on-the-rise or established artists, the events below will appeal to all audiences with fresh works on display and inspiring discussions by industry specialists and influencers. 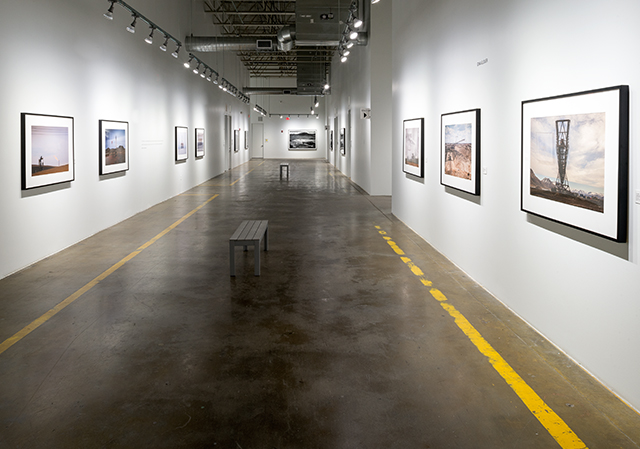 When: September 29 – October 2
Where: Silver Street Event SpaceThe Houston Art Fair (HAF) hosts local, national, and international galleries that focus on modern and contemporary artists. Now in its sixth year and located in one of the largest art-buying markets in America, the fair has hit its stride. HAF also features special onsite projects and panel discussions and events for all types of collectors.

Texas Contemporary features a variety of works and mediums. Partnering with the Department of Cultural Affairs at the Mexican Consulate, the fair allows fairgoers to discover the connections between the art scenes in Houston and Mexico City.

More to See in Houston

In addition to the Museum of Fine Arts, Houston, this city is home to the Menil Collection. A unique institution, the Menil Collection consists of a campus with buildings dedicated to special exhibitions and the permanent collection, Cy Twombly, and Dan Flavin – a must-see for art lovers and fairgoers. 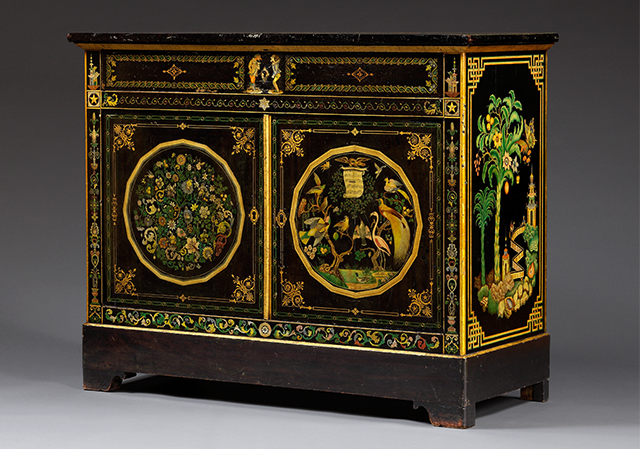 When: October 27-30
Where: Festival Pavilion in Fort Mason Center

The San Francisco Fall Art & Antiques show is celebrating its 35th year with the 2016 Exhibition ANIMALIA: Animal Imagery in Art and Antiques. The show features 60 dealers from across the United States and Europe specializing in a wide range of fine and decorative art.

More to See in San Francisco

San Francisco has a wealth of cultural landmarks including museums and national parks. If you’re looking for something especially unique, the Wave Organ – a carved granite and marble musical instrument which depends on the tide for its variety of sounds – was built on a jetty in the San Francisco Bay by artist Peter Richards in 1986. 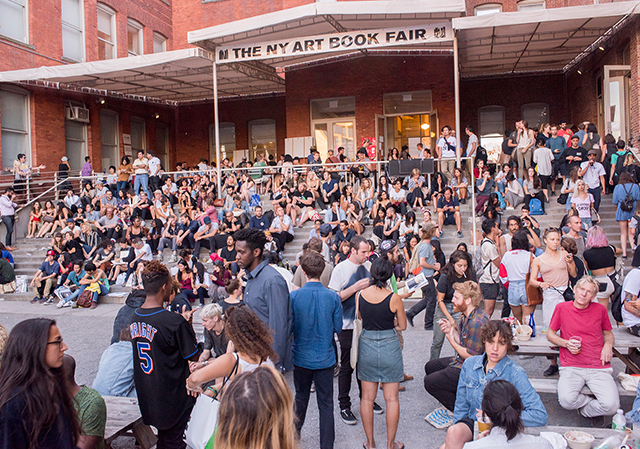 The NY Art Book Fair, sponsored by Printed Matters, is presenting its 11th iteration this September. The fair is considered the world’s premier event for artists’ books, exhibition catalogs, monographs, periodicals, and zines. Last year, it featured over 370 vendors from 28 countries and was attended by over 35,000 people. 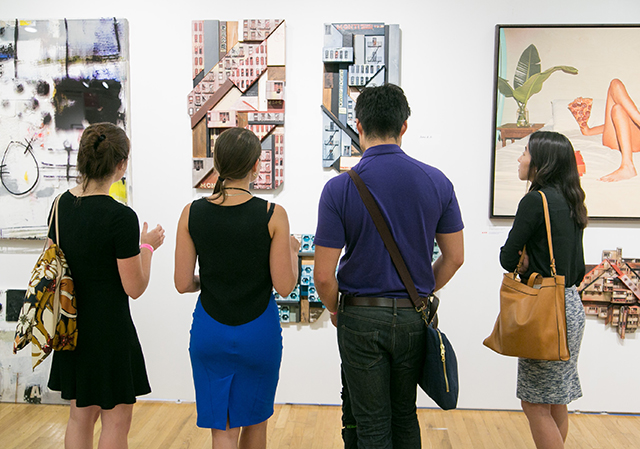 When: September 29 – October 2
Where: The Metropolitan Pavilion

The first Affordable Art Fair launched in New York in 1999. The fair focuses on relatively unknown artists, and as such is able to sell works ranging in price from $100-10,000. In 2016, the fair accepted 70 galleries with original artworks from more than 500 artists.

When: October 21-26
Where: Park Avenue Armory 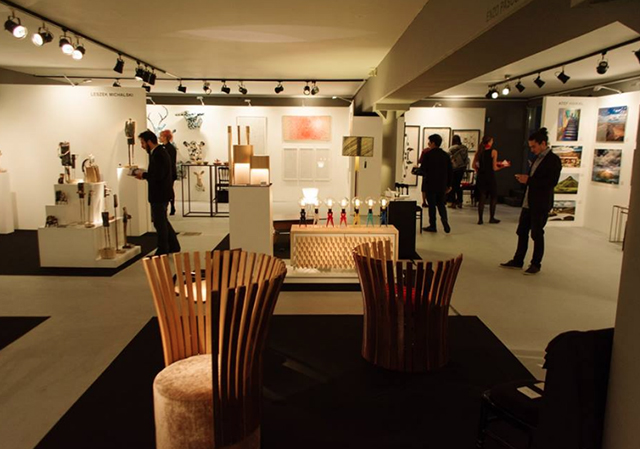 When: November 1-25
Where: The National Arts Club

The Accessible Art Fair, in a partnership with MvVO Art, is launching its New York edition this fall after a successful 10-year run in Brussels. The fair’s mission is to offer buyers the opportunity to communicate with and purchase works directly from the exhibiting artists.

When: November 2-6
Where: Park Avenue Armory

The International Fine Print Dealers Association is a non-profit organization of art dealers. Known for its rare and high-quality prints, the fair also promotes emerging artists and new works from all price ranges. Fair activities extend throughout “Print Week” in the form of lectures, demonstrations, and gallery talks from October 31 until November 6.

If you’re not close enough to make regular trips to this art world hub, New York is worth visiting for upcoming museum exhibitions, in addition to the robust number of art fairs. Be sure to visit the newly unveiled Whitney Museum and Met Breuer; both colossal expansion projects were met with critical acclaim when they opened earlier this year. 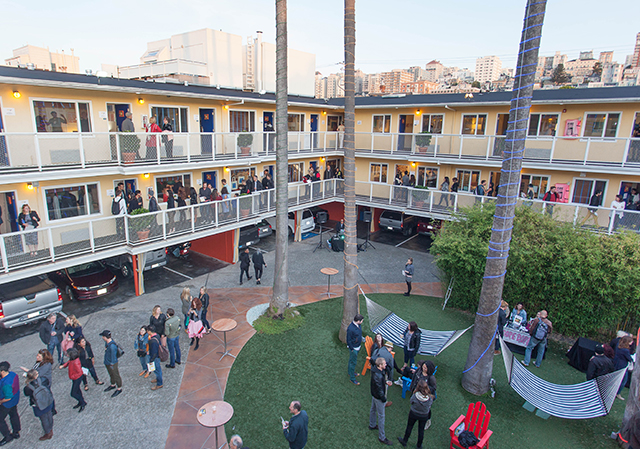 When: September 23-25
Where: MileNorth Hotel

stARTup Art Fair provides exhibition space for independent artists (without formal commercial gallery agreements). The selection committee chose over 40 solo or two-person exhibitions for this year’s fair, with 100 percent of the sales proceeds going to the artists.

More to See in Chicago

From hot dogs to pizza and doughnuts, Chicago is lauded for its decadent speciality food items. If that’s not enough to entice you to visit the Windy City, it’s also home to some of the world’s best art sites. After your obligatory selfie with Anish Kapoor’s Cloud Gate in Millennium Park and a visit to the Art Institute of Chicago, try hitting the Chicago Cultural Center or the Museum of Contemporary Art. 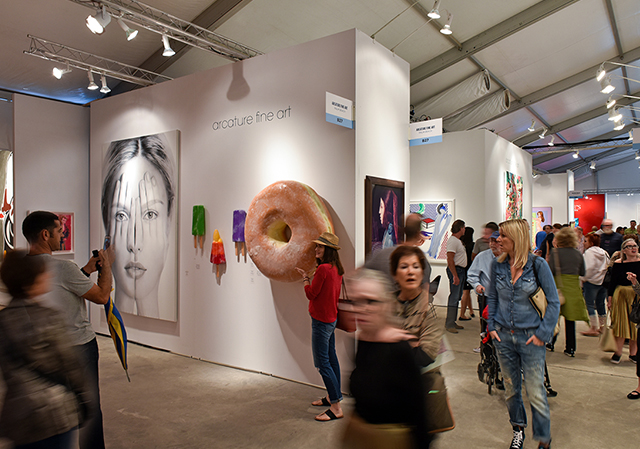 Art Miami anchors Art Week, showcasing modern and contemporary art from 125 international art galleries. Art Miami is the longest-running art fair in the city, and this year is running its 27th edition. With sister fairs CONTEXT for emerging and mid-career artists and Aqua Art Miami for emerging art, attendees with a multi-day fair pass can access pieces from a wide variety of artists. 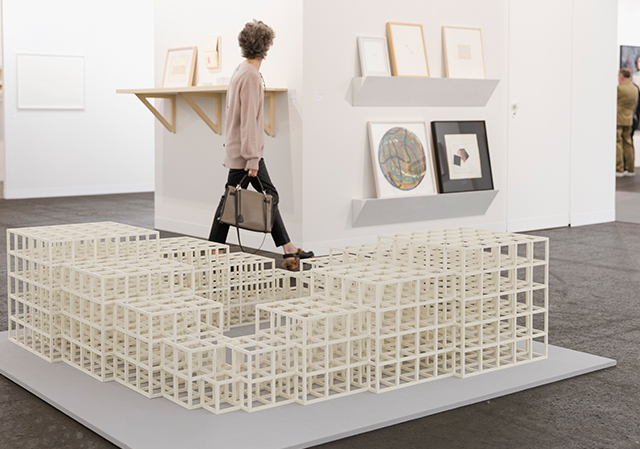 Beginning in Europe, Art Basel has become the world’s premier modern and contemporary art fair and has held an iteration of its annual event in Miami Beach since 2002. Art Basel now sprawls across Miami Beach with large-scale installations and satellite fairs, including Design Miami. 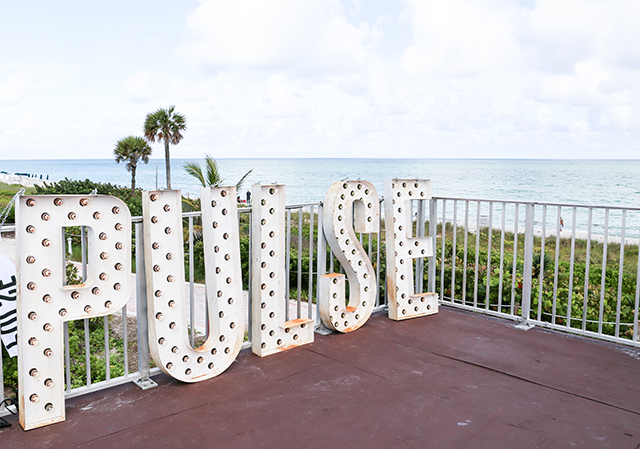 When: December 1-4
Where: Indian Beach Park

Located on the Miami Beach boardwalk, PULSE Contemporary Art Fair was established in 2005 and is now a venerated part of the busy art calendar in Miami Beach. PULSE focuses on emerging and mid-career artists and will be hosting almost 100 exhibitors this year.

More to See in Miami

The sheer number of art fairs make this trip worthwhile – Miami is home to over a dozen international and local art fairs during Art Week at the beginning of December. But in the unlikely case that you get tired of seeing paintings, sculptures, and photographs, get some fresh air with a tour of the architecture of the Art Deco District.