This year, Baselworld, the world’s largest watch and jewelry fair, celebrated its 100th anniversary. Established in 1917 as a small event with just 29 brands, the fair has grown to become something of a global sensation. Attracting an audience of more than 100,000 buyers, media representatives and watch enthusiasts from around the world, the eight-day event is ground zero for discovering the latest and greatest from the luxury watch industry.

This year’s show was slightly more subdued than previous years, reflecting the challenging times that the luxury industry as a whole – and the luxury watch industry in particular – is currently facing. There was, however, also a sense of cautious optimism, and an underlying feeling that the tide was slowly beginning to turn. Not surprisingly then, the focus for many brands was on reconnecting and re-enforcing their heritage, whilst also continuing to innovate, albeit in a slightly less ostentatious manner than in previous years.

Despite the current state of the luxury market, clear style trends emerged from Baselworld 2017. Here are my picks for some of the most exciting, colorful, and slender watch brand reinforcements and innovations to look out for this year.

Vintage still remains a strong source of inspiration for a number of watch brands, thanks in large part to the red hot vintage watch market, which continues to thrive despite the challenging economic times. Perhaps the most popular example of this came in the form the 1957 Trilogy Edition, unveiled by Omega. Sixty-years ago the brand launched three professional timepieces that would go on to become highly sought after collector’s items: the Railmaster, the Seamaster 300 and the Speedmaster. The latter two in particular belong to, arguably, the two most iconic collections Omega has ever produced, with one being worn by James Bond and the other being worn on the moon. 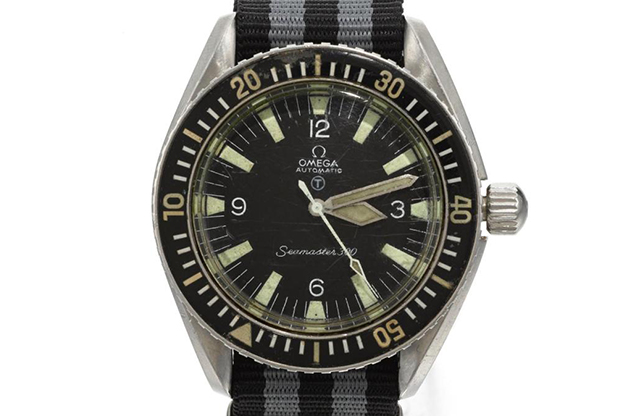 To mark this momentous occasion, the brand has reproduced all three models to almost the exact specifications of the originals. All three watches are cased in brushed and polished stainless steel and feature a black tropical dial, with vintage indexes slightly deepened to allow filling with Super-LumiNova. The stainless steel bracelets have been updated for strength and aesthetics and feature a retro-style Omega logo on the clasp. For die-hard enthusiasts Omega has created a very special Trilogy box, limited to just 557 pieces.

Patek Philippe also delivered a lovely surprise, in the form of its retro-styled Ref. 5320G Perpetual Calendar in a 40mm white gold case. The storied watchmaker invented the wrist-worn perpetual calendar in 1925 and now continues this proud tradition with this latest model, which has a distinctive Art Deco feel to it. Likewise, Blancpain unveiled the retro-inspired Tribute to Fifty Fathoms MIL-SPEC, which made its original debut in 1957-58. Used by American combat-swimmers, the dial features a colored disc just above six o’clock which would turn to red in the event the watch’s water resistance was compromised. Even Rolex got in on the act this year, taking the almost unprecedented step of creating an anniversary watch. Although not a vintage re-issue as such, the brand’s famed Sea-Dweller model has been revisited and revised to celebrate its 50th anniversary. 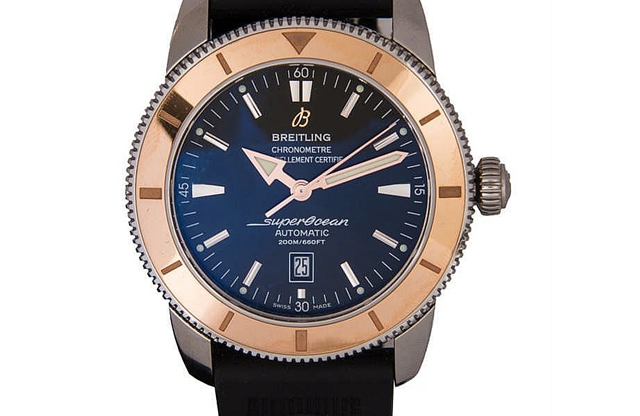 Color also featured prominently in a number of models this year, with blue dials in particular proving popular. Breguet unveiled the wonderfully complicated Marine Equation Marchante 5887 in a 43.9mm platinum case. The marine-themed, blue dial features two types of engine-turning, including a “wave” pattern specifically developed for this new creation. Chopard’s L.U.C. Lunar One, also presented in a platinum case, features a blue dial complete with a perpetual calendar and orbital moon-phase display. Breitling presented the somewhat simpler SuperOcean Heritage II 42, with a gun blue dial and bezel, whilst Rolex chose blue dials for both its new Sky-Dweller and Datejust 41 models.

Smart & Thin is In 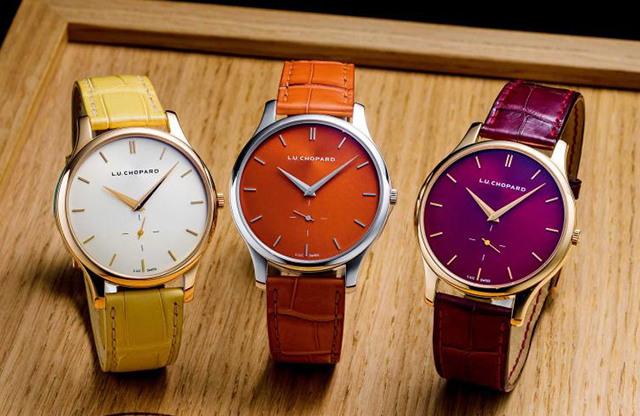 Surprisingly though, mechanical watches weren’t the only drawcard at this year’s Baselworld. Smart watches have also started taking up some real estate, with Samsung opening a booth in the main hall to show-off some its latest developments. The real winner in this space however, it seems, was Tag Heuer, which unveiled the latest iteration of its Connected watch series; the Connected Modular 45. Continuing to use Google’s Android Wear technology, the Modular 45 allows you to build a fully customized smartwatch, swapping components in and out as you please. Significantly, its modular design allows its owner to substitute the smartwatch unit with a mechanical one in a matter of seconds, meaning you really can have it all.

Despite the challenging conditions that the luxury watch industry is currently facing, this year’s Baselworld demonstrates that appetite for good quality products, fueled by passion and innovation, will always prevail. Here’s looking forward to next year’s Baselworld!