Fashion is an area of increasing interest to the savvy collector. To guarantee a good investment, our editors asked experts for tips on how to spot a piece that’s well worth your money.

Although accessories, if well cared for, may be considered a more reliable purchase, vintage clothing can also provide a good return on investment. Recent blockbuster museum exhibitions that highlighted the significance of designers and figures in fashion (such as Savage Beauty, the Alexander McQueen retrospective exhibited at New York’s Metropolitan Museum of Art and London’s Victoria & Albert Museum, or Oscar de la Renta: The Retrospective at San Francisco’s de Young Museum) have also influenced market value.

Patricia Frost, independent consultant on fashion, textiles and historic costume – and formerly Christie’s International Specialist on Fashion & Textiles – says that provenance is key in terms of value, particularly if worn by a style icon or if captured by important photographers. Overall, Frost stresses the importance of finding “unaltered, clean and fresh pieces where ever you can” and advises buyers to “buy boldly.”

Within the area of accessories, Meg Randell, Designer Handbag and Fashion Specialist at Chiswick Auctions, says “there are two brands that will retain their value far more than any others, and they are Chanel and Hermès.” She also notes that the classic Chanel 2.55 double flap and the Hermès Birkin are clearly the two that make the best investments, as well as Hermès scarves.

Randell notes that these examples “will often fetch close to, if not more than, their original retail price, particularly if they are in good condition,” even if second hand, “and with original packaging.” With the most expensive Hermès Birkin bag on record selling for $300,168 at Christie’s Hong Kong in May 2016, this example is relatively uncommon. 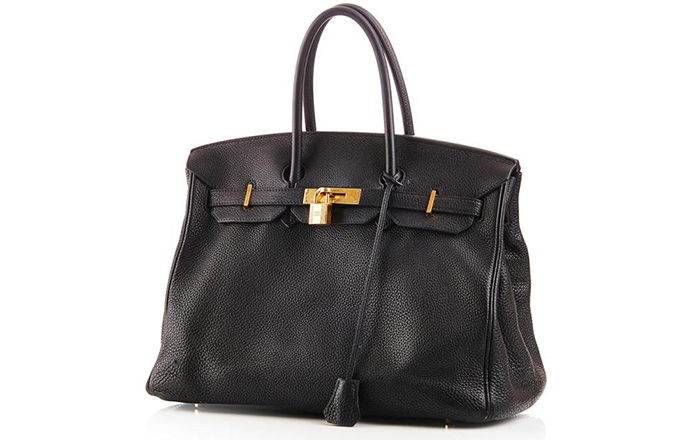 Within the realm of vintage clothing, pieces from the golden age of Haute Couture (1940s-1960s) tend to fetch more at auction thanks to their rarity and craftsmanship. Designers to look for include: Chanel, Madeleine Vionnet, Paul Poiret, Elsa Schiaparelli, Mariano Fortuny, early Lanvin, Charles Frederick Worth, Courrèges, and Givenchy. Both examples from Christian Dior, especially from the late 1940s and Yves Saint Laurent are a “banker,” according to Frost.

Frost also cites Cristobal Balenciaga as a “master of the precision cut and inspired use of fabrics. At least two major exhibitions on ‘The Master’ are in the offing (a related exhibition will be on view at the V&A later this year), which usually increases prices.” 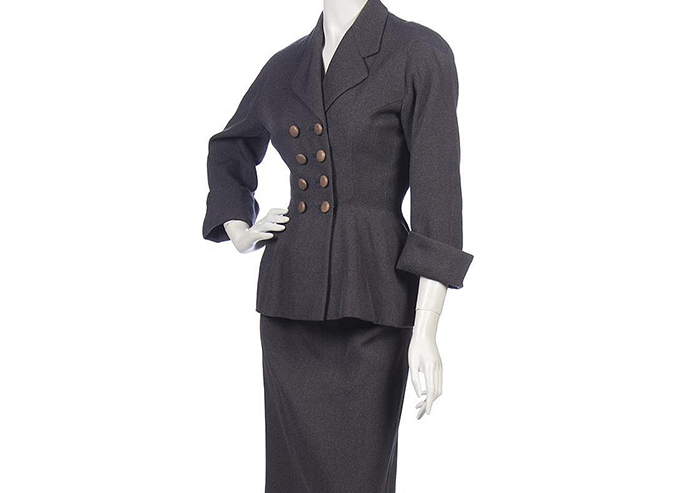 Famously worn by the designer herself, the classic Chanel suit is reinvented by Karl Lagerfeld on a seasonal basis, reinforcing it’s timeless power. If a garment bears the label “Gabrielle Chanel,” this will also increase the item’s worth as these examples are from the outset of Chanel’s career. 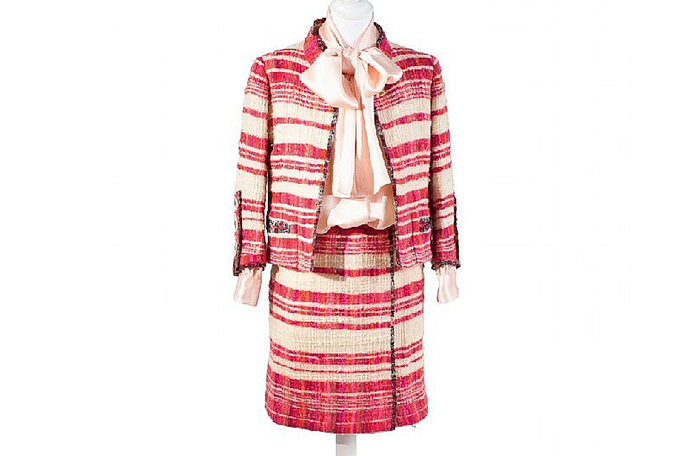 Blurring the lines between fashion and art, Elsa Schiaparelli was an active member of the artistic movement Surrealism from the 1920s onwards. For Frost, this association with art “can carry a premium for collectors.” Key pieces include “lobster handbags, suits with trompe l’oeil pockets that look like a chest of drawers, a shoe-shaped hat, and a lamb chop hat complete with paper frill.” Mostly bespoke and “exquisitely finished with buttons made by sculptors and other artists,” these pieces are extremely rare and sought-after by museums and collectors alike. 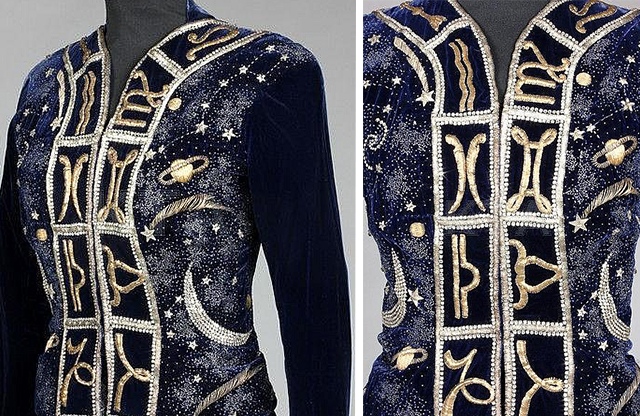 Cult British designers from the 1960s and ’70s are also proving valuable in today’s market. Frost encourages investors to “look for outrageous couture pieces from the 1970s – the more space age and plastic the better.” She says that “designers such as Cardin, Rabanne, Courrèges, and Gernreich are all collectible.”

Immortalized in the famous portrait by artist David Hockney, Ossie Clark’s bohemian silhouettes along with the whimsical illustrations of his creative and romantic partner Celia Birtwell, set the tone for luxury jet set of the 1970s. 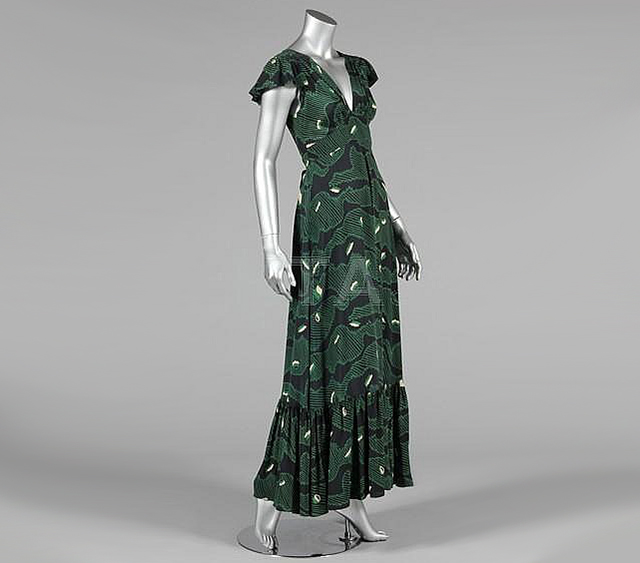 Gaining traction with the auction market are important designers from the last 20-30 years, such the late Alexander McQueen and John Galliano, plus French designers Azzedine Alaïa and Jean-Paul Gaultier.

As one of the most innovative contemporary designers, Alexander McQueen’s status was further reinforced following the tour of Savage Beauty at both the Metropolitan Museum in New York and the V&A in London. Frost emphasizes that “McQueen couture already has a big collector base and cult following as well.” 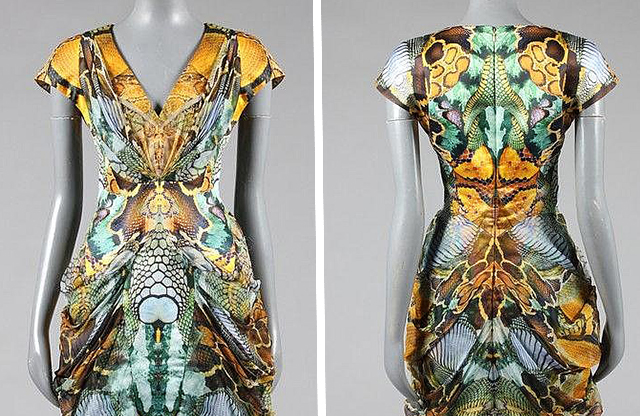 If cared for and preserved, these items will not only keep their financial worth, they will “often sell for more as second hand than their original retail price,” as Randell highlights, but also act as legacy of their cultural worth.

In fashion, it seems big risk comes with big rewards. Frost adds that, “if you are out to maximize your returns, then you need to go for the ‘big guns.’ However, if you aren’t so worried about a guaranteed profit, then you can have fun spotting the next Alexander McQueen.”

Hunting for more? Find vintage clothing & accessories up for offer on Invaluable.

About Fiona McKay & Xenia Capacete
Fiona and Xenia are fashion curators and exhibit makers, and founders of White Line Projects, a curatorial and creative studio based in London. White Line Projects curates, designs, and produces a diverse range of outcomes including exhibitions, installations and digital experiences, and websites for a wide range of clients in the fashion and cultural sectors. Fiona, Xenia, and the team at White Line Projects bring a diverse combination of skills and background experience ranging from visual communications and 3D technologies to architecture, art history, and exhibition design to theatre design and performing arts. How to Buy and Preserve Chanel Handbags
Recent Posts
Categories