Some jewelry lasts a season, other pieces last a lifetime. Then there’s the jewelry that holds its appeal throughout generations, in large part due to their rich history. Read on to discover the historical roots and modern allure of five classic pieces of jewelry that no serious collector should be without. 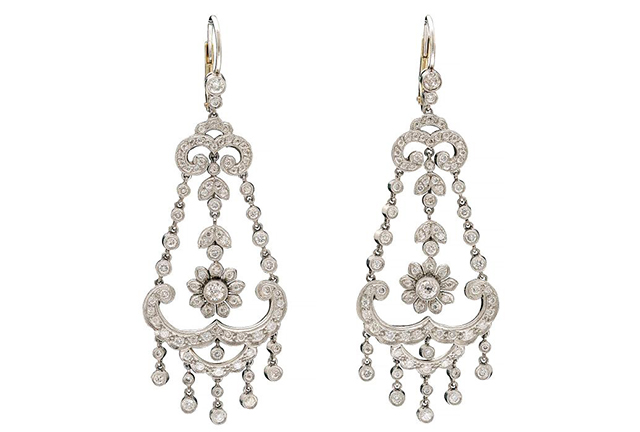 Eye-catching, dangling pieces set with suspended stones, chandelier earrings originated from the Middle East, India, and Greece. Unearthed examples of gold filigree chandelier earrings from Turkey date back to the third century B.C. In ancient Greece, they discovered “gold filigree chandeliers with enameled rosettes and tiny shell pendants” that are believed to date back to the fifth century B.C.

After the age of British colonialism, chandelier earrings became more frequently worn in the West. In the 18th and 19th centuries, many gemstones used in Western-made jewelry were being imported from the East. Thus Eastern earring styles, like chandeliers, also rose to popularity. The chandelier style continued through today, especially as celebrities and public figures took to the trend. In 1947, King George IV gifted a pair of diamond chandelier earrings to his daughter, now Queen Elizabeth II, as a wedding gift. More recently, in 2008, Michelle Obama made her first appearance as First Lady wearing white gold, diamond chandelier earrings.

Prime examples of chandeliers often reach high prices at auction, but you can find more accessible, yet still brilliant examples like the above pair of Edwardian diamond-set chandelier earrings that sold in March of 2016. 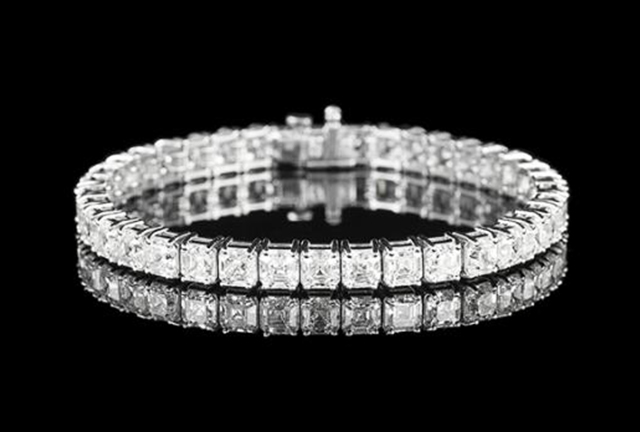 Glamorous U.S. tennis star Chris Evert, known as The Ice Maiden for her cool, calm demeanor, was famed for wearing diamonds on the tennis court. Mid-way through a long rally during the televised Grand Slam in 1987, her signature flexible diamond line bracelet, which she often wore during matches, snapped and fell off. The episode was particularly memorable as Evert insisted play be halted until it was recovered.

After this famous accident, jewelers began to get requests for what customers were calling “tennis bracelets,” and so the diamond line bracelet got a new nickname that would last well beyond Evert’s career. Of course, this style of bracelet was popular long before Evert picked up a racquet and in the 1920s, it was fashionable – as it is today – to stack tennis bracelets. Because of this you can find some great (and accessible) Art Deco examples at auction, such as a 1930s tennis bracelet sold by Tajan earlier this year. 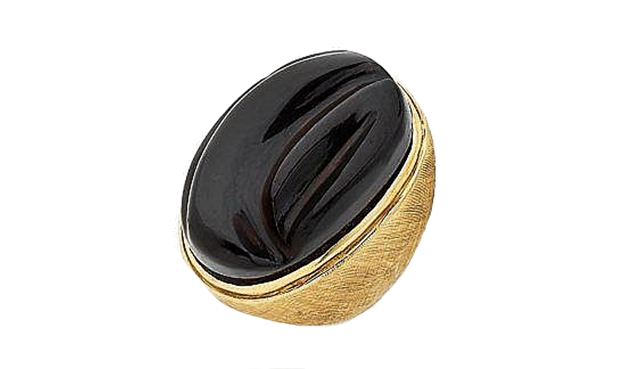 No jewelry box is complete without at least one right-hand ring. Cocktail rings evoke images of dressing up and going out, and its history is streaked with rebellion. These rings first earned their boozy name during the prohibition era in the U.S. when fashionable flappers would wear bold right-hand rings to draw attention to the illicit mixtures within their glasses.

Cocktail rings were also the calling card of a new breed of independent woman. These rings were often bought by women for themselves, using their own money, unlike the chaste wedding bands of the left hand. During the 1950s and early 1960s, after a sombre wartime period, cocktail rings returned to popularity as women began hosting and attending cocktail parties; no cocktail dress was complete without a cocktail ring.

Most jewelry auctions will include statement gemstone rings than can be worn as a cocktail ring, and Phillips has sold some spectacular examples this year, including some signed by houses like Cartier, Bulgari, Van Cleef & Arpels and David Webb – wise investments, as provenance will always positively influence a jewel’s value. 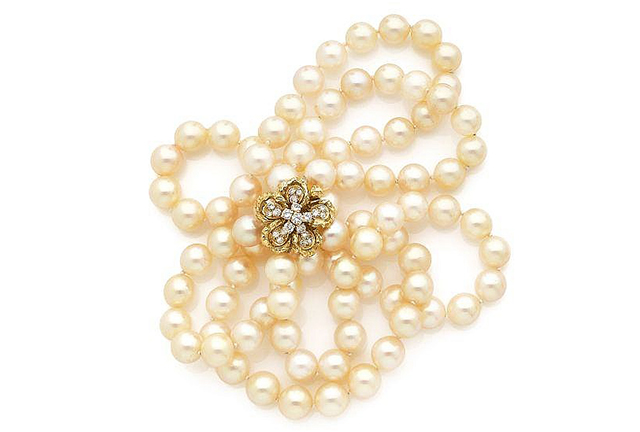 While much has been done to modernize pearls of late, we keep returning to this timeless icon. Coco Chanel was rarely seen without multiple strings adorning her neck, and at Chanel’s Métiers d’Art show in December, Karl Lagerfeld dressed both female and male models, including guest star Pharrell Williams, in strings of pearls. While Coco Chanel preferred faux pearls, the majority of pearls at auction will be cultured – created on farms by inserting an irritant, such as a small piece of shell, into a mollusk.

For the true connoisseur with deep pockets, the real prize is a string of natural pearls. These pearls would be pre-1920s (when culturing transformed the market) and would have been recovered by hand from wild oysters found in the ocean by pearl divers. Due to their fragility, natural pearls are increasingly rare and because of this their value, according to the Knight Frank Luxury Investment Index, has increased 758 percent in the past 25 years. In November, a double-strand necklace of natural saltwater pearls sold at Christie’s Geneva for CHF2.88 million ($2.85 million). 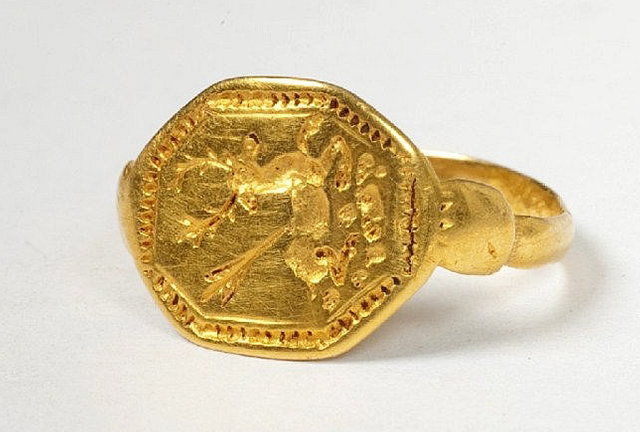 Originally these signifiers of wealth were decorated with family crests or seals and worn by men of the upper classes on their pinky fingers to identify familial ties, as well as to authenticate letters by making imprints in wax seals. While this is still a primary function of signet rings, these jewels have been adopted by other groups to communicate other types of allegiance.

During the Victorian era in the UK, men and women uninterested in marriage would wear rings on both pinkies, while in the 1950s gay men and women adopted the tradition to silently share their sexuality with others in the know. In the US, signet rings are widely used to show which schools graduates attended. In recent years, the signet ring has become a fashion statement too, worn by men and women for nothing more than sartorial satisfaction.

Rachael Taylor is a freelance journalist who writes about jewelry and watches for a number of titles, including The Financial Times. In her 10 years reporting on this rarified world, she has travelled to industry fairs throughout the globe, a Fairtrade gold mine on top of a Peruvian mountain, silver jewelry factories in Thailand, and regularly has access to the most sparkling jewels and people in the business.