As an interest in contemporary photography grows, more photographers, especially those capturing landscapes, are abandoning traditional values and experimenting with new ways to interlace what’s natural and unnatural.

“Landscape photography continues to challenge the notion of both what landscape is and what photography is,” says Dr. Marisa Kayyem, Associate Professor and Director of Continuing Education at Christie’s Education, New York.

The genre is undergoing a resurgence, adds Bonnie Donohue, Senior Lecturer in Photography at the School of the Museum of Fine Arts, Boston. “This is especially in light of the multiple meanings of landscape, including the aftermath of drone strikes, climate change, satellite espionage, as well as places of social gathering like theaters, stadiums, and vacation spots.”

For those that would like to grow their collection or just their understanding of landscape photography’s evolution, we’ve highlighted six artists who have paved new roads and driven strong demand in this ever-changing space. 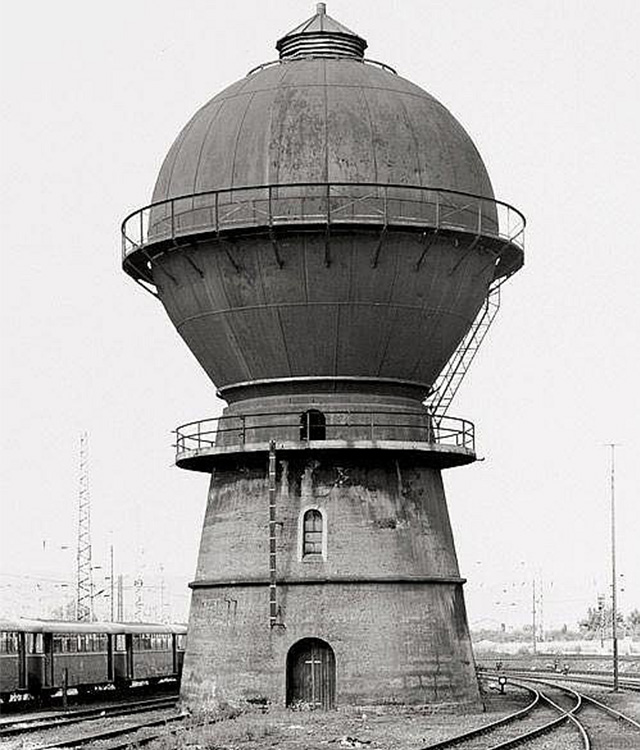 The Becher’s became widely known for their detailed studies of “the relationship between form and function.” Their work, considered “the most influential in photography today,” has taught and inspired several other renowned contemporary landscape photographers including Andreas Gursky, Candida Hofer, Thomas Ruff, and Thomas Struth.

“Their vision of once durable yet disappearing places and typologies conjures memory and preservation,” says Donohue.

Collections: The Becher’s work can be viewed at the Tate Gallery, London and at the Museum of Modern Art (MoMA), New York. 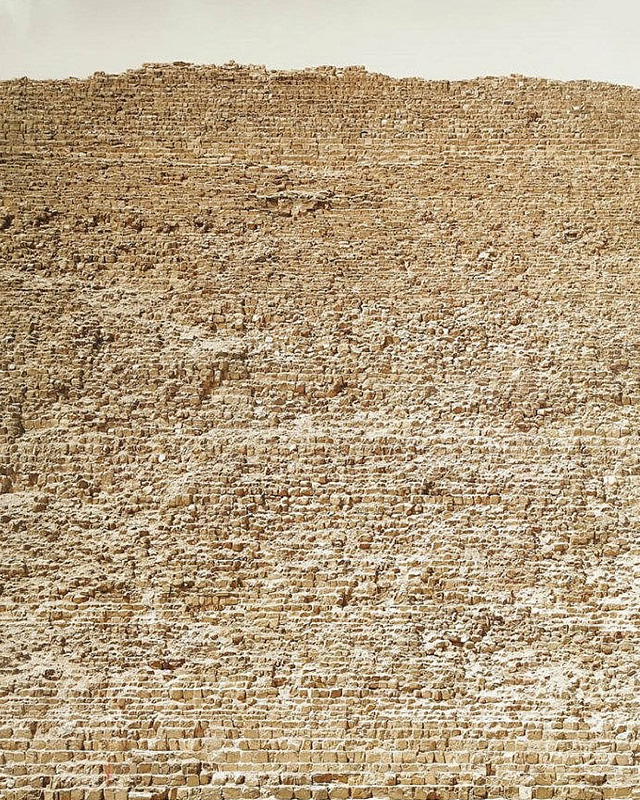 After experiencing a surge of interest in his Becher-influenced work during the 1980s, Gursky traveled to cities including Tokyo, Hong Kong, Los Angeles, and Singapore, and meticulously documented structures – from random buildings to hotels to department stores.

In 1988, Gursky literally took his works to a new height with the help of new technology – some of his works towered at over six by fifteen feet. Today, he still uses large-scale photos to draw viewers into his exquisite natural landscapes, government buildings, archaeological sites, and heavily populated city areas.

“Gursky uses cutting edge digital technology to transform the views of the world into virtual realities, contrasting the approach of others like Abe Morell and Sally Mann, who have returned to primitive photographic practices of the 19th century,” says Dr. Kayyem.

Exhibition: The World Is Made of Stories, Astrup Fearnley Museet, Oslo. Now through May 8, 2016. 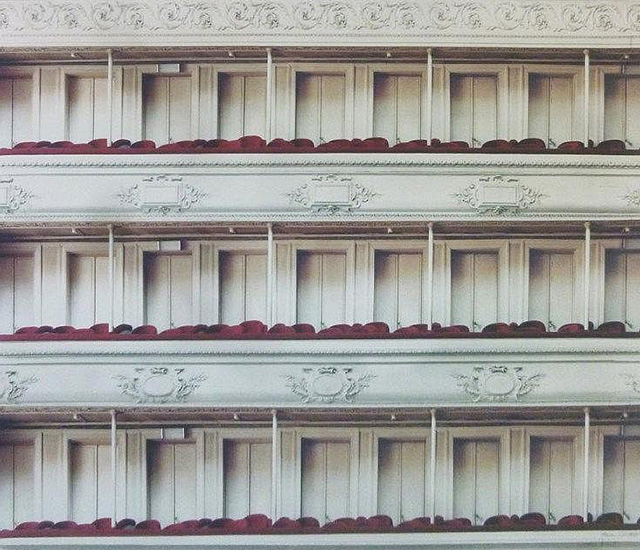 Another German-born contemporary photographer, Candida Hofer, has been dedicated to photographing what the New York Times indicates is a series of “wide open spaces” for over 35 years across the U.S. and Europe. These spaces include libraries, royal palaces, theaters, and museums.

Hofer, who also studied under the Becher’s, is best known for her large-scale images of empty public places – social and cultural institutions – which address the ways in which these places are designed to house and inform audiences. Her work has been on display in museums like the MoMa and the Museum Ludwig in Cologne.

Collections: Hofer’s work can be viewed in collections at the Biblioteque Nationale de France, the Centro de Arte Reina Sofia in Madrid, and the J. Paul Getty Museum in LA, among others across the world. 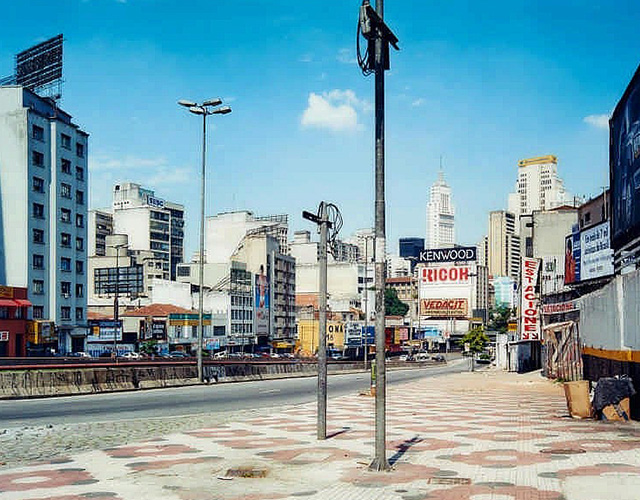 A comparably influential German photographer Thomas Struth captures abandoned cities and empty streets in a “soulless” way that Slate Magazine suggests may lead viewers to ponder the importance of humankind. He studied painting with Gerhard Richter at Düsseldorf Academy, and he later joined the first photography class taught by the Becher’s. Struth is best known for photographing natural jungles and urban jungles, as well as museumgoers in a popular series titled “Museum.” His early works depicted industrial areas, detailed architecture, and urban development.

After traveling from New York to Berlin to Tokyo, Struth honed in on capturing the relationships between city inhabitants and and their bustling surroundings. As he worked to expand his profile, however, he more recently became interested in discovering locations across the globe to snap photos of colorful, detailed natural landscapes.

Collections: Struth’s work can be seen at the Walker Art Center in Minneapolis, and online at the Guggenheim and MoMa. 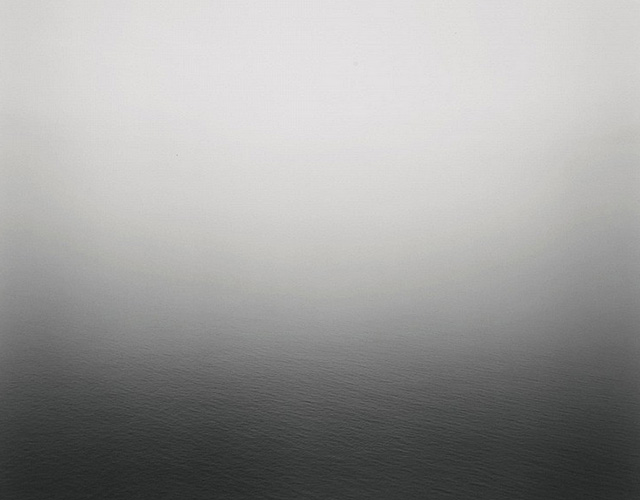 Hiroshi Sugimoto, born in Tokyo, has been described by Pace Gallery as a “multi-disciplined contemporary artist” in that he has managed to bring together elements of painting, installation, and architecture into his photography.

Sugimoto photographs seascapes, movie theaters, Buddhist sculptures, among other subjects, and in addition to elements of time, he also examines what the Gagosian Gallery explains as the mysterious “nature of reality” in photography – what is real, and what is an illusion created by the camera.

“Sugimoto is an innovative master of the large-format camera, of extended exposures, the study of reflected light over time, and of those most elusive and difficult-to-capture photographic tones from deep grays to blacks, which are particularly magical in his recordings of minimalist seascapes and ornate movie theaters,” notes Donohue.

Collections: Sugimoto’s work can be viewed in collections at the Moderna Museet in Stockholm, at the Museum of Contemporary Art in LA, and online at the Guggenheim, among other locations across the world. 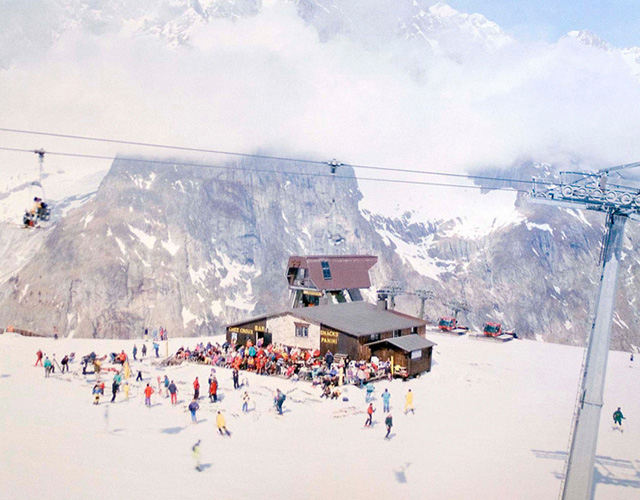 Beginning his career as a photojournalist, Italian photographer Massimo Vitali started to doubt the ability of photography to portray subtleties of reality. That steered him down a new career path – exploring photography as an art. Vitali began to capture scenes of European beaches, ski resorts, pools, dance clubs, and other locations where people do leisurely activities.

Vitali’s work is described as both detailed and colorful, and intends to capture from afar a certain balance between people’s environments and their own personal stories and interactions.

Collections: Vitali’s works can be viewed at the Centro de Reina Sofia in Madrid, the Centro Per L’Arte Contemporanea in Prato, and the Museo de Arte Contemporaneo in Castilla y Leon, Spain, among other locations across the world.