Without realism, art becomes visceral, emotional, and transcendental. Purchasing abstract art allows collectors to go with their gut – to choose a work of art based on an emotional response to color and form rather than narrative, adding depth to both new and established collections. To whet your appetite for abstraction, our editors gathered some prime examples of 20th century art from Versaille Enchères’ July sale. 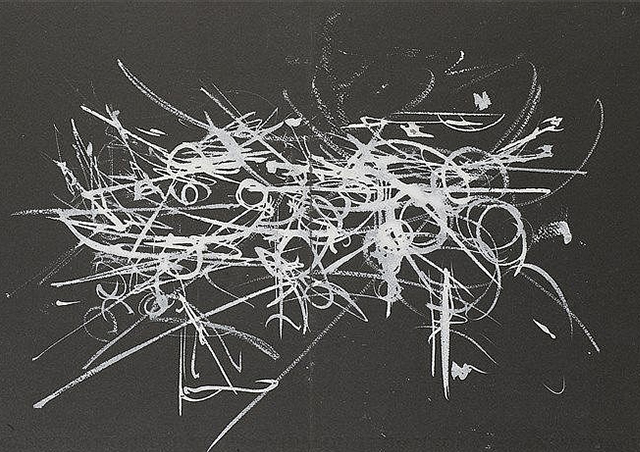 Artist Georges Mathieu was active in the Post-War Lyrical Abstraction movement. Modeled after Wassily Kandinsky, artists in this school opened themselves to expression through abstraction. In “Composition,” Mathieu utilizes a monochromatic background and minimalist strokes to breath life and movement into the work. 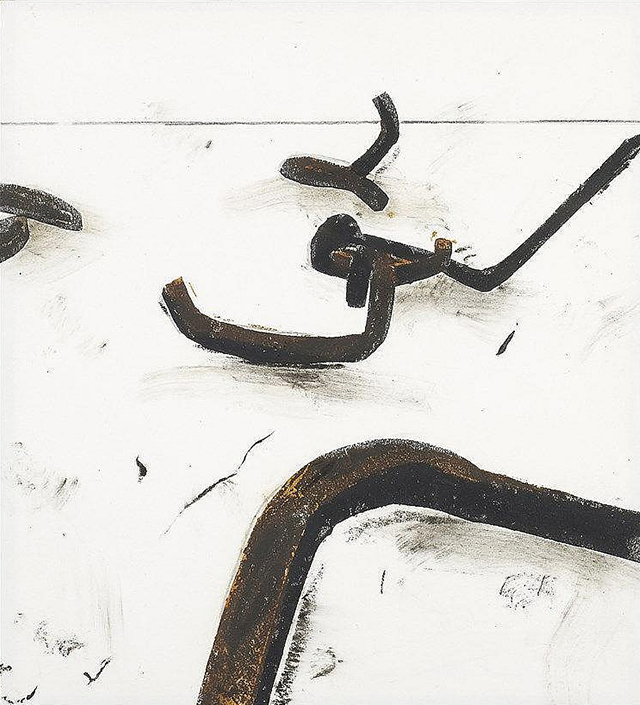 Known for his large-scale conceptual sculptures, Bernar Venet’s untitled mixed media piece is evocative of the industrial materials favored by the artist. Venet works in several mediums, including painting and photography. He was recently awarded the 2016 Lifetime Achievement Award in Contemporary Sculpture alongside Kiki Smith and has previously been honored with the insignia of Chevalier of the Order of Arts and Letters from the French government. 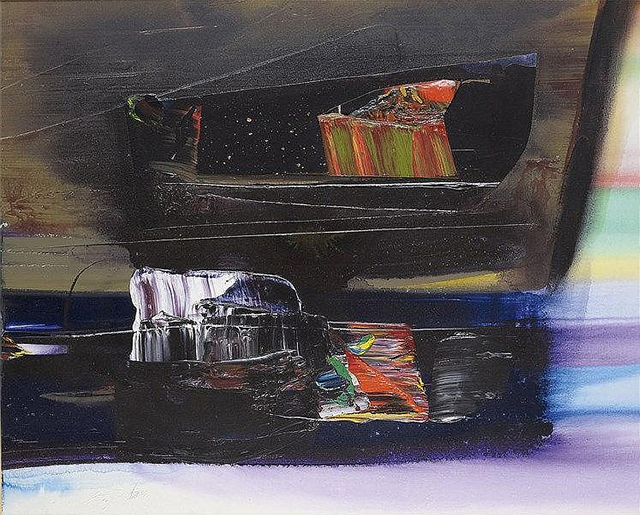 Often associated with the Abstract Expressionists, Paul Jenkins created his works using a process of paint-pouring and canvas manipulation. Throughout his career, Jenkins was interested in and inspired by Eastern religions and philosophy. Many of his works evoke a sense of ethereality, seen here in the dreamy colors of the outer edges of the canvas. 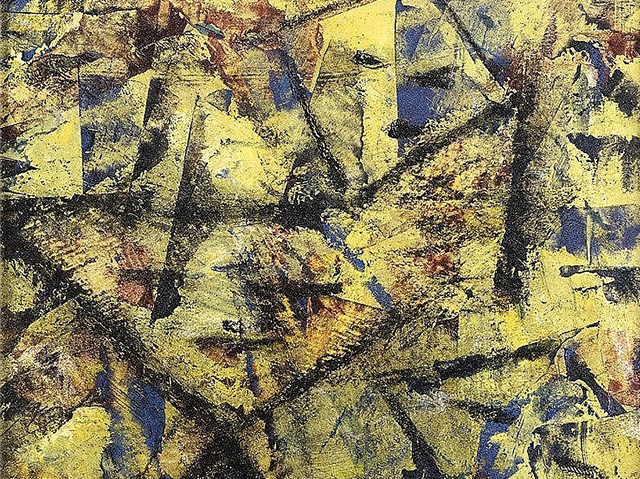 German painter and sculptor Max Ernst is best known for pioneering Dada and Surrealist movements. Ernst inspired many Abstract Expressionists that followed, including Jackson Pollock, Mark Rothko, and Willem de Kooning, and spent the latter part of his career in France where he painted this untitled abstract work in 1957. 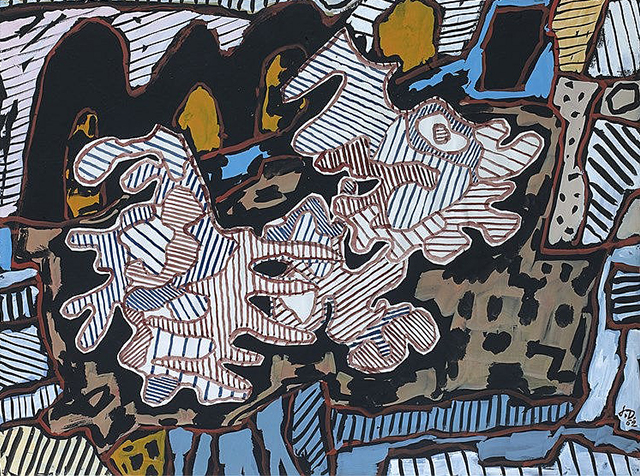 Jean Dubuffet is a master of unorthodox materials and often bucked traditional aesthetic principles. Eventually he pioneered the Art Brut, or “raw art,” movement, inspired by several visits to Algeria after WWII to break down national and artistic barriers and create in abstraction. In “Jeune Chien Bouclè (Eg. 5),” he uses his unconventional approach to create a collage by combining a variety of patterns. 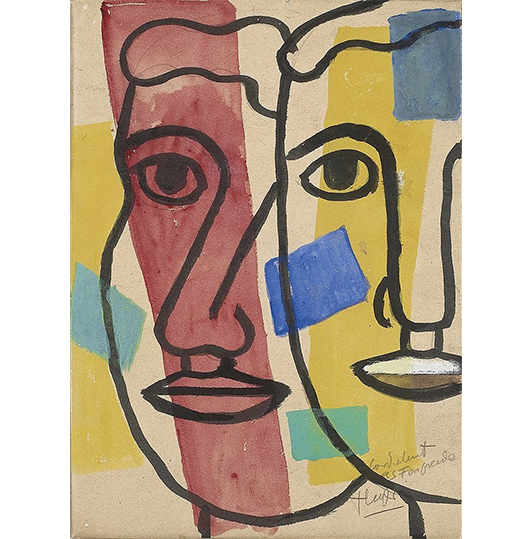 French artist Fernand Léger treats the figures in this piece in the style of cubism; however, his bold use of line and color substantiate the claim that he was pivotal to the development of Pop art. Throughout his career, Léger transitioned back and forth from figural to mechanical subject matter but always maintained an abstract sensibility. 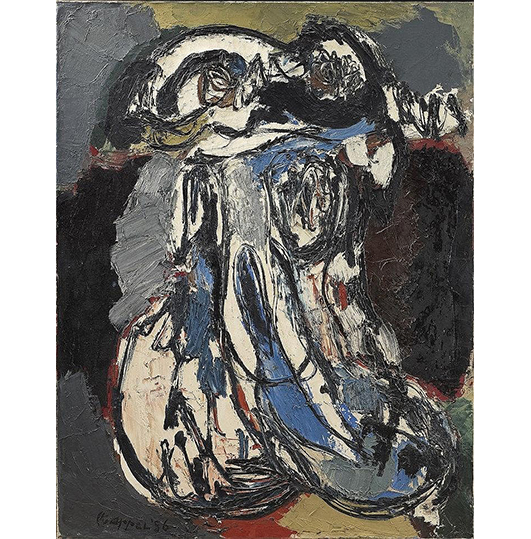 Inspired by Jean Dubuffet’s Art Brut movement, Karel Appel’s figurative abstract works incorporate intense textures and bold gestural qualities that evoke Dubuffet’s signature style. Appel is known for co-founding CoBrA, a Dutch avant-garde movement including artists from Copenhagen, Brussels, and Amsterdam, but also spent time traveling between Europe and the United States to gain international experience. Recently, Appel has been featured in several shows including his own retrospective at the Gemeentemuseum in The Hague in 2016. Why Collectors Are Vying for Latin American Art