TEFAF is here! With nearly 300 participating galleries and dealers, 35,000 objects on view, and over 100,000 square feet of exhibition space, it can be difficult to see each and every object on view at TEFAF. Our editors offer top picks for what to see from seven of this year’s primary collecting categories. 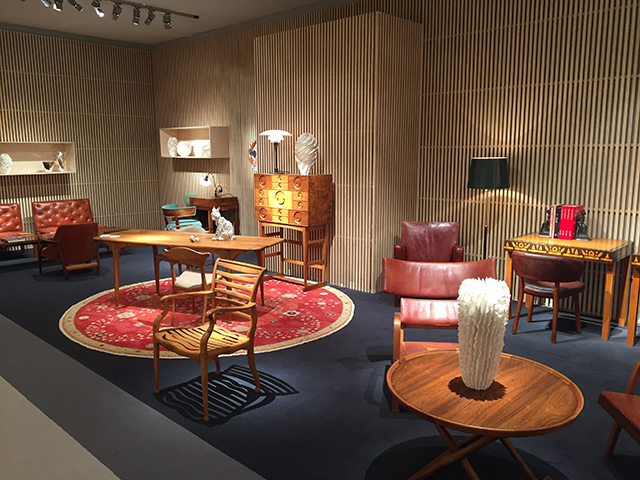 Modernity specializes in 20th century Scandinavian design, including rare and high quality furniture, ceramics, glass, lighting, and jewelry. The gallery is a regular exhibitor at international art fairs and has supplied pieces to collectors and institutions across the world, including the Cooper Hewitt Museum in New York and LACMA in Los Angeles. 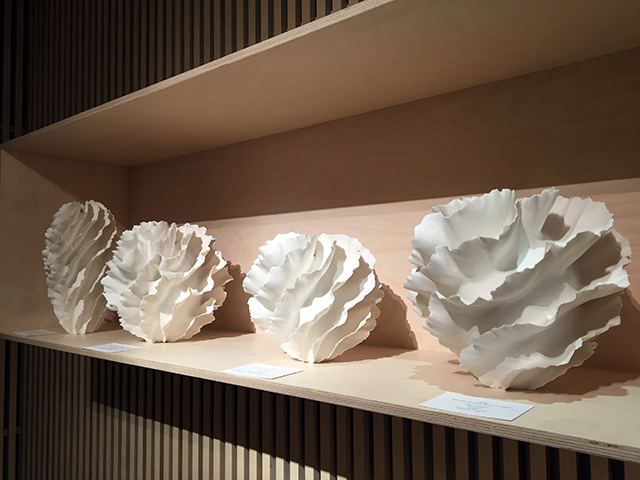 These luscious, texture-rich vases by Sandra Davolio at Modernity are worth a closer look.

Contemporary artist Sandra Davolio was born in Italy but currently lives and works in Denmark. The artist’s delicate porcelain sculptures are reminiscent of flower petals or ocean waves, organic forms typical of work inspired by Art Nouveau. In addition, Davolio’s minimalist shapes are typical of the futuristic Scandinavian design that inspires her work. 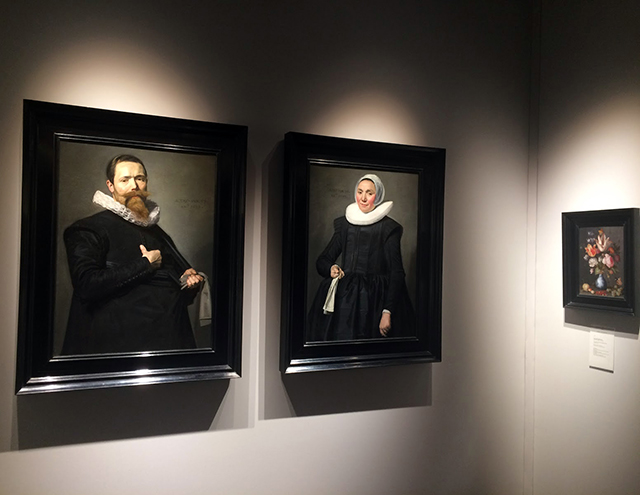 Be sure to take in works by Dutch 17th century painter Frans Hals at dealer Johnny van Haeften.

Frans Hals is one of the best known portraitists of the Dutch Golden Age. In this pair of paintings depicting a husband and wife, the artist’s ability to bring his subjects to life is especially apparent. These portraits, likely commissioned for the couple’s wedding, reveal a warmth of expression all the more impressive given the severity of their wardrobe. 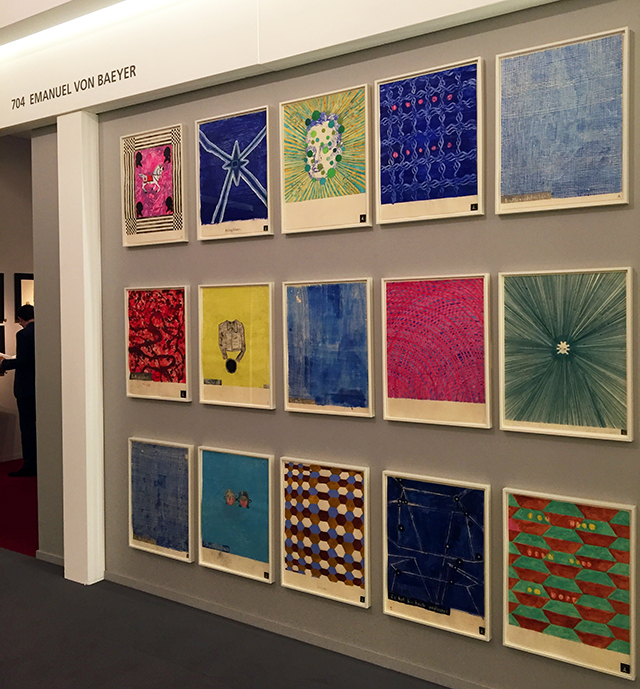 Vibrant works on paper by 20th century German artist Martin Assig at London’s Emanuel von Baeyer are sure to turn your head.

Emanuel von Baeyer London is a preeminent space for European drawings, prints, and paintings from the 15th to the 20th centuries. The gallery regularly participates in international print and drawing fairs. 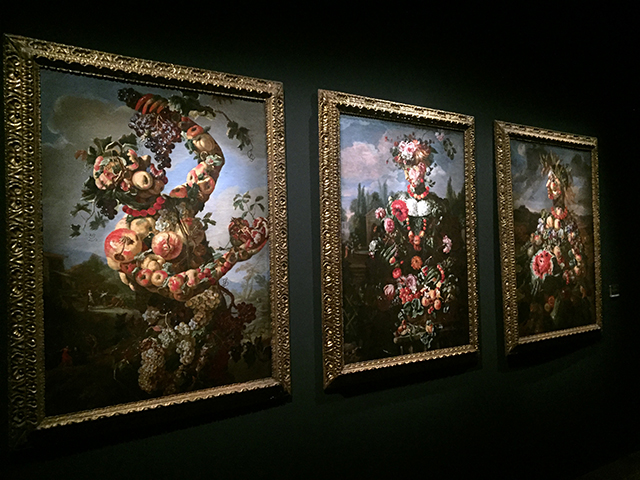 “A series of Anthropomorphic still-life paintings of the seasons: Spring, Summer, and Autumn” by Giovanni Paolo Castelli aka lo Spadino, c. early 18th century, oil on canvas, each 51 x 38 in.

Lo Spadino was one of the premier still-life painters working in Rome in the late 17th and early 18th centuries. He was trained by his older brother and was strongly influenced by Flemish master Abraham Brueghel, to whom he may have been apprenticed while the two families were neighbors. This series references the surreal pictures of the Seasons and the Elements painted by Mannerist Giuseppe Arcimboldo in the 16th century. 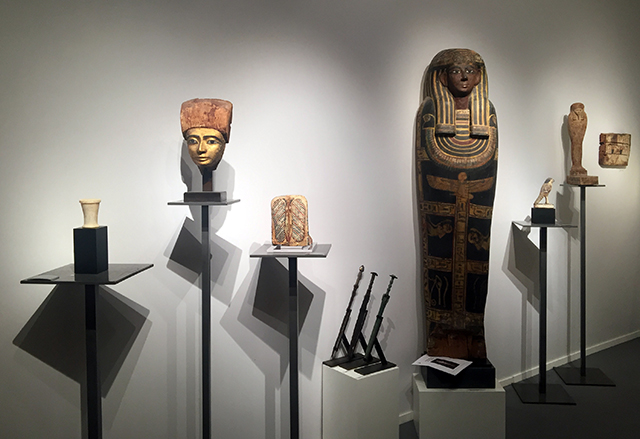 For a change of pace, our editors recommend Etruscan and Egyptian antiquities from Amsterdam’s Mieke Zilverberg.

Mieke Zilverberg is the only dealer in the Netherlands specializing in antiquities and ancient coins. The gallery shows works from Egypt, Western Asia, Greece, Etruria, and Rome from 3000 BC to 500 AD. 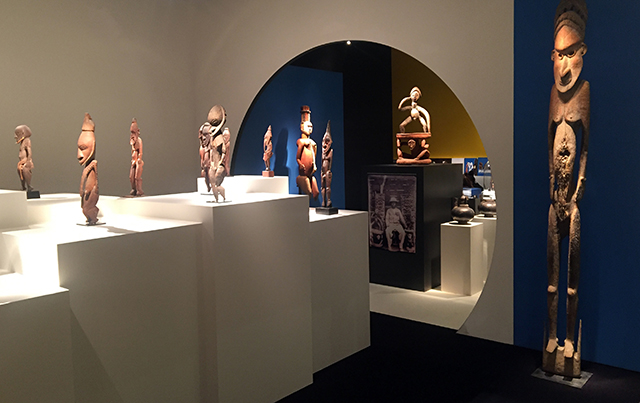 A strong group of tribal sculpture from the Lower Sepik Coastal Region of Papua New Guinea on view at Brussels dealer Bernard de Grunne is worth a stop.

This year marks the 17th time Bernard de Grunne is participating in TEFAF Maastricht. Their current booth presents a display of effigies called kandimbong, each of which personifies a clan founder or mythical hero. Be sure to take in the large-scale Male Ancestral Statue (pictured far right). It is one of the largest known examples in the world, and dates from the 18th century. 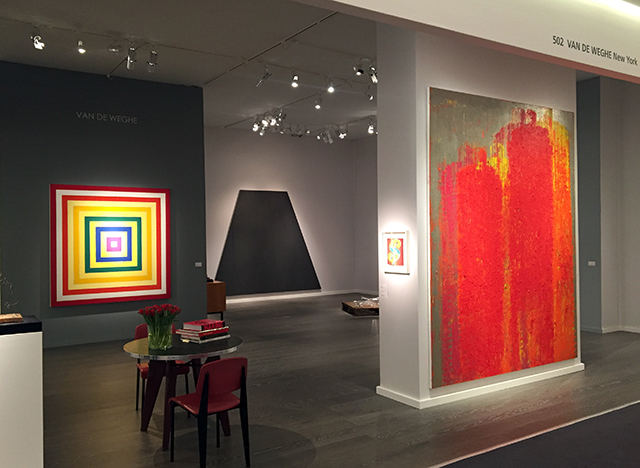 With archetypes by post-war greats on view at New York’s Van de Weghe, this stop is a must in TEFAF’s “Modern” section. All Eyes on London: Political Borders Up, Art Borders Down Why Condition is Everything for Works on Paper
Recent Posts
Categories