Frieze New York has come to signal the beginning of the major spring sweep of art fairs, gallery and museum exhibitions, and major auctions. This year, our editors distill Frieze New York into 9 of our favorite moments – from solo presentations to individual works that left us inspired.

One of the tiniest works of art on view, Mika Rottenberg’s, “Lips (Study #3),” 2016, is more than what meets the eye. Visible between the protruding lips is a 1 minute, 28 second video installation that requires viewers to lean in, within inches of the wall, to get a better look. In doing so, audiences unknowingly become a part of the visual experience themselves (get ready to pucker up). 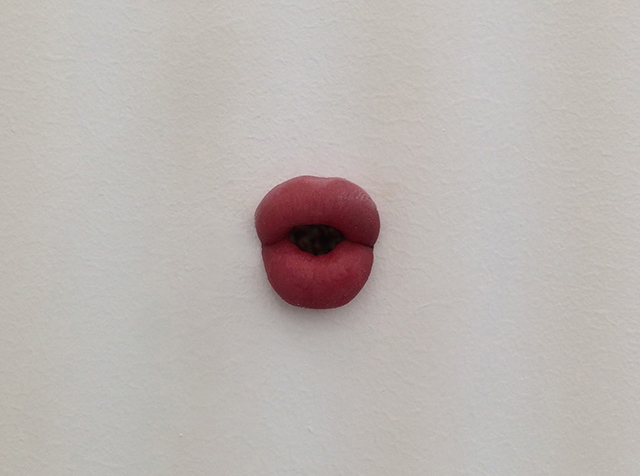 On view at Acquavella Galleries were quintessential examples by modern and contemporary artists including James Rosenquist, Alexander Calder, Ed Ruscha and Wayne Thiebaud. A favorite moment in the booth was the visual conversation between Henry Moore’s “Reclining Figure No. 2” and Andy Warhol’s silver and gold “Dolly Parton,” 1985. Hello, Dolly! 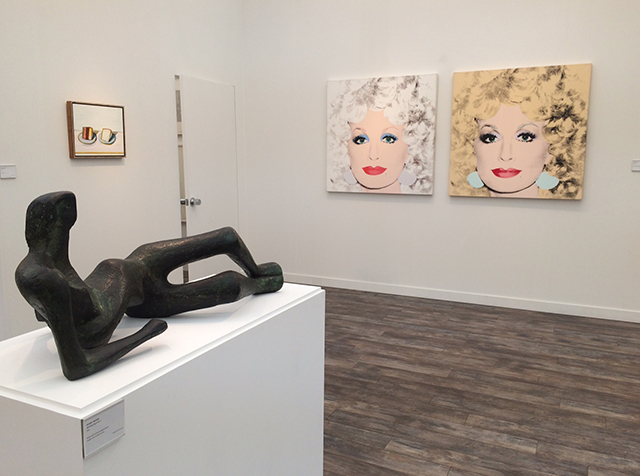 British artist Cornelia Parker’s hanging suspensions are at once ethereal, mysterious, and haunting. Parker’s “A Side of England,” 1999, is comprised of chalk fragments collected from a cliff-fall at Beachy Head – a breathtaking overlook on the coast of East Sussex, England. 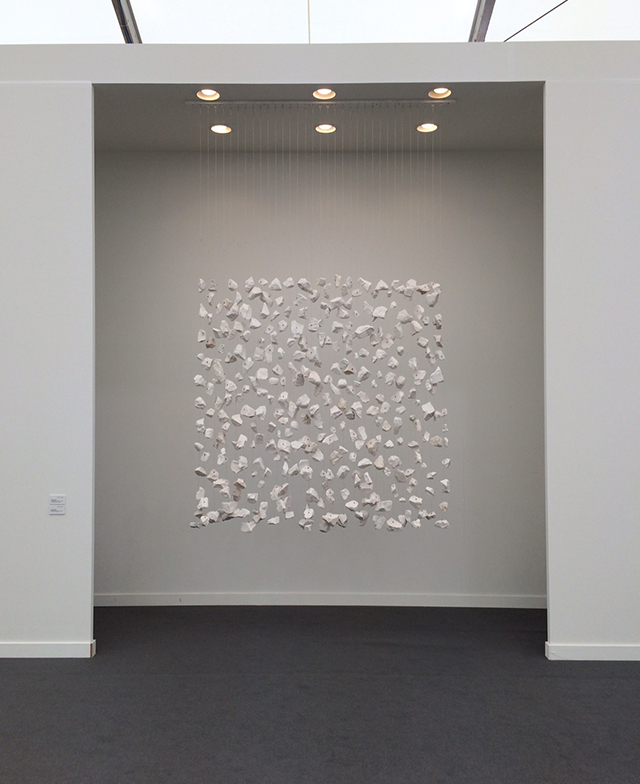 Cornelia Parker, “A Side of England,” 1999, Frith Street Gallery

In what was truly a visual feast for Damien Hirst fanatics, Gagosian Gallery’s booth was devoted exclusively to classic examples of the artist’s best-known series. On offer were quintessentially Hirst examples including a vibrant spin and butterfly painting. 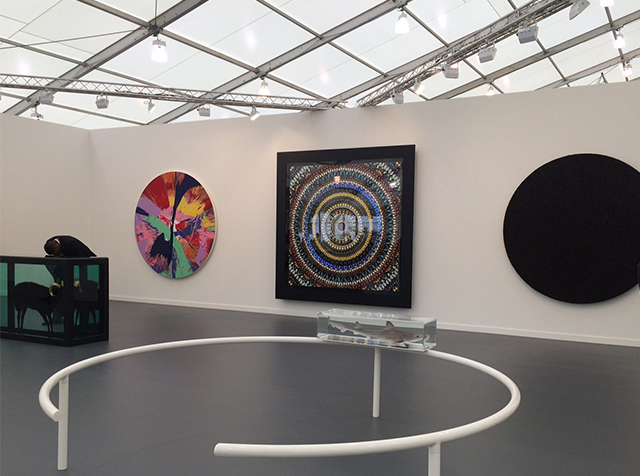 Installation of works by Damien Hirst at Gagosian Gallery 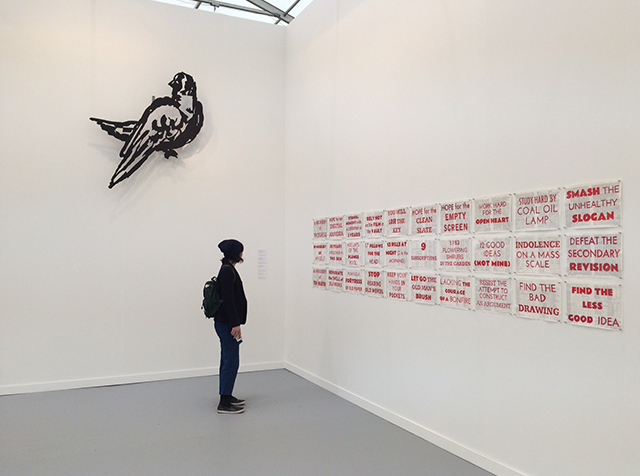 Installation of works by William Kentridge at Marian Goodman Gallery 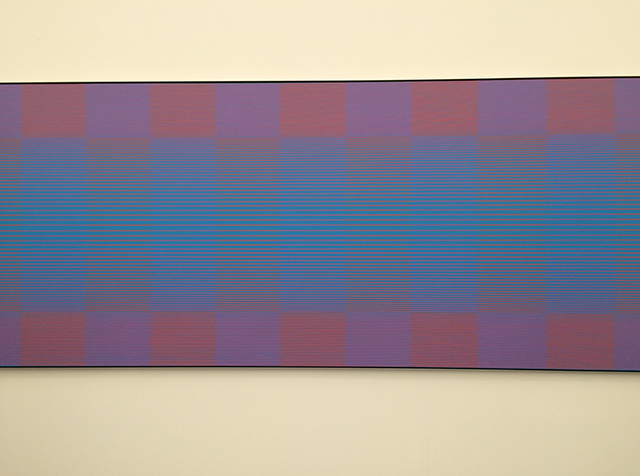 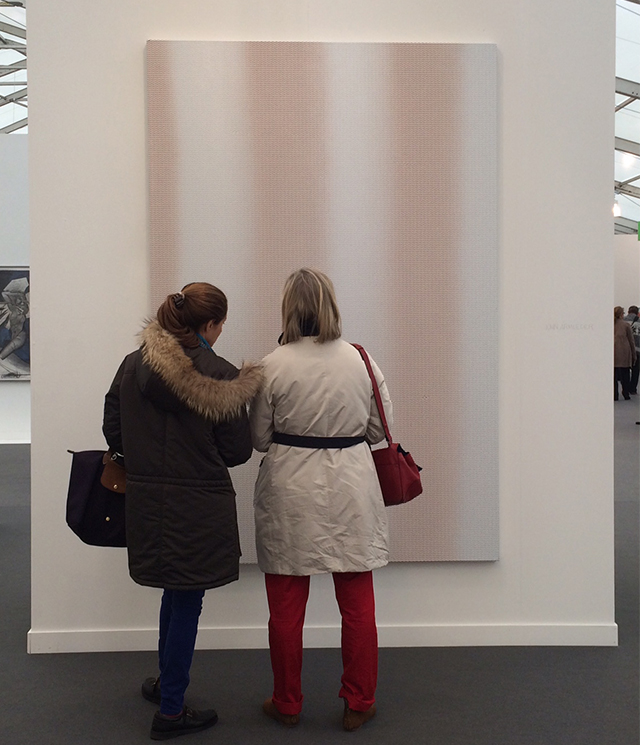 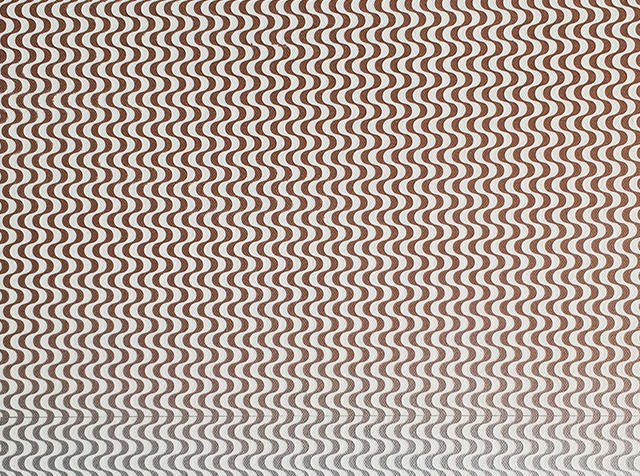 Detail of work by John Armleder at Massimo de Carlo

Betty Woodman’s stunning “Aeolian Pyramid,” 2001, was given pride of place in Salon 94’s booth at Frieze New York. The work is comprised of 44 glazed, flat earthenware vases of blush and yellow hues. Woodman is widely known as one of the foremost ceramic artists of her time. 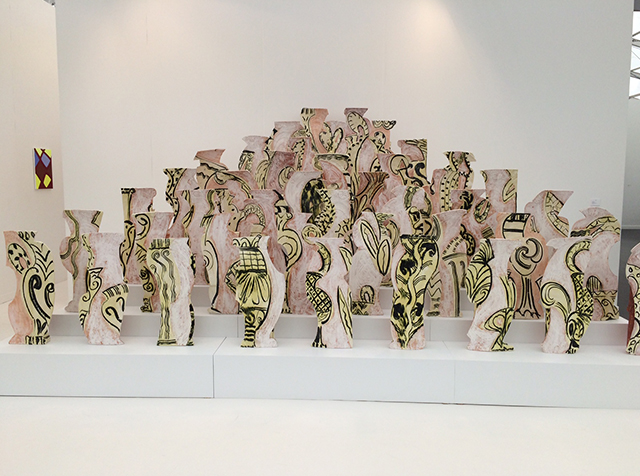 Meanwhile, Sean Kelly Gallery offered beautiful conversations between two- and three-dimensional works, including Antony Gormley’s “DAZE II,” 2014 and Jose Dávila’s “Untitled,” 2014. Another perfect pairing at the booth was Callum Innes’ “Untitled Painting No. 15,” 2013, installed next to Jose Dávila’s “Homage to the Square,” 2016. 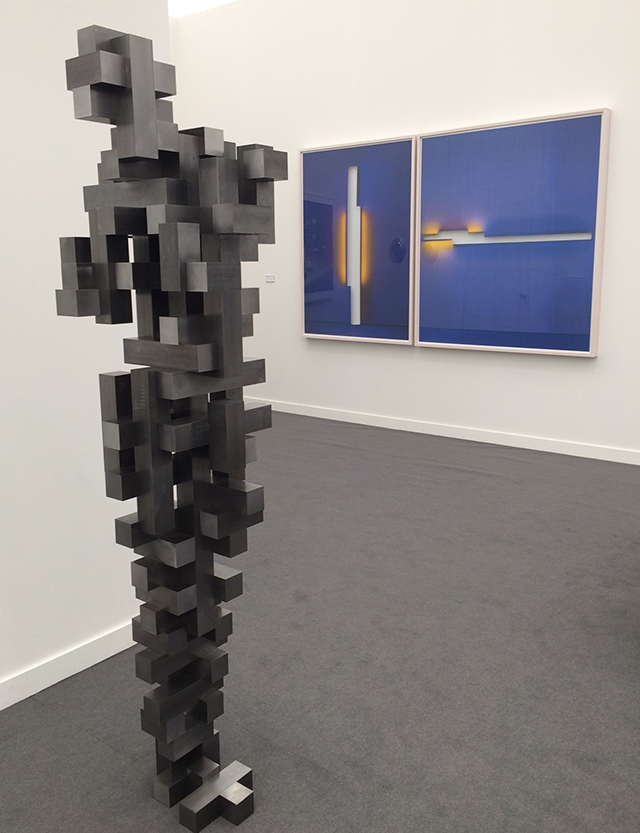 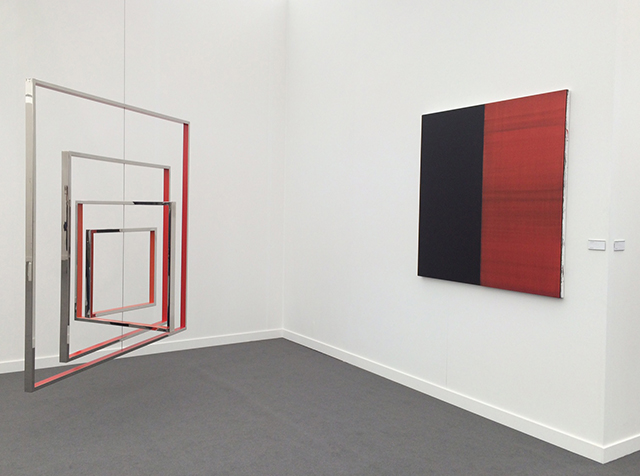 In a booth dedicated to (mostly) recent work by Brazilian photographer Vik Muniz, our editors were fascinated by Muniz’s new look at Rouen Cathedral, a homage to Claude Monet’s extensive exploration of the same subject matter in the late 19th century. 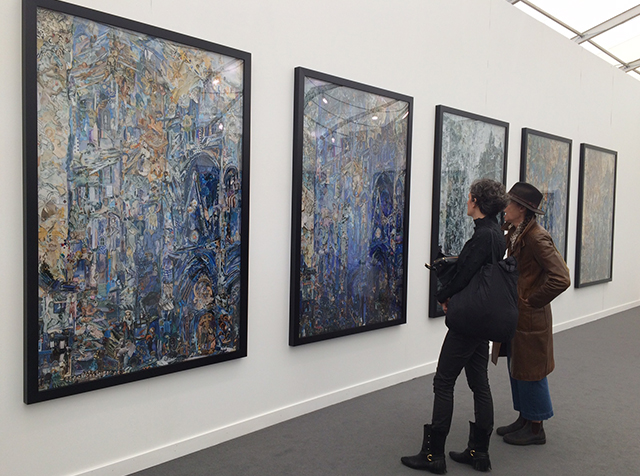 Installation of works by Vik Muniz at Sikkema Jenkins & Co.

Why Condition is Everything for Works on Paper What You Missed at Armory Week
Recent Posts
Categories