The Accessible Art Fair is back after an exceptional event in Brussels, this time for its first-ever New York edition, presented by MvVO ART. The fair is taking over the historic National Arts Club for nearly a month (November 1-25), spotlighting a fresh mix of talented emerging and mid-career artists. A jury composed of art advisors and experts from Sotheby’s, Gagosian, artnet, and more have carefully selected this year’s roster.

We sat down with Maria van Vlodrop, co-founder (alongside Stephanie Manasseh) and director of the Accessible Art Fair New York to discuss how this innovative model is designed to build new bridges between artists, art lovers, and collectors.

Tell us a little about yourself and how you got involved with the fair that’s previously been called an “art market disruptor.”

Maria van Vlodrop: I’m a businesswoman with a lifelong passion for art and creativity. After years in advertising and technology, I returned to New York from Europe and started MvVO ART with a creative team from marketing, advertising, branding, and communications. Our objective is to use our business expertise to create opportunities for emerging artists, collectors, and corporate sponsors to discover each other and develop powerful partnerships.

When I lived in Brussels, I used to attend the Accessible Art Fair. When I came back to New York, I was astonished by the fact that, at the time, there was nothing like it. It’s such a nice, social experience. It’s not like when you go to big fairs and it’s just the galleries – “accessible” means you really get to meet with the artists. I researched whether this concept would be welcome, and I received overwhelmingly positive feedback. I called Stephanie and she thought it was a great idea to introduce it to New York City, so we partnered to launch the Accessible Art Fair New York, presented by MvVO ART. I asked Stephanie to be the Chief Curator and invited contemporary artist Isaac Aden to be the Guest Curator. I’m excited to see their combined vision at the fair.

How is the New York edition different from Brussels, and why did you choose the month-long format?

MvV: Of course, the New York fair is tailored to the city’s extraordinary art scene. It’s really important that the fair has a New York style: big, bold, and open. Mixing contemporary art with the Gothic architecture of the National Arts Club is going to be particularly interesting. We have to be careful because we’re not exhibiting under a white tent, we are exhibiting in an iconic location, so each artist can only present a couple works. It’s the tip of the iceberg [in terms of an artist’s body of work].

New York has so much happening and so many people involved, so the month-long format was a natural fit. We want to enable as many art lovers as possible to experience the work of these emerging artists.

Why is the Accessible Art Fair New York considered an artist-led fair?

MvV: With the artists present, there are unique opportunities for a direct connection between the creator and art-lovers. The fair invites interactions that are hard to find in a conventional art world context. From that perspective, I think the fair breaks down the barriers between artists, the general public, and collecting. Our jury selected artists on basis of their work and talent; the fair gives these artists the potential to jump-start their careers.

These are artists on the cusp of discovery. Some have some gallery represented but the majority don’t have a major gallery around them. The fair is helping them jump start not only their careers but also their collections, and introducing them to long-time collectors.

What are your goals for the fair and the artists?

MvV: Our goals are the same as the artists’ goals. It’s all about creating opportunities for connection. The artists want to be discovered by collectors, and we want the collectors to discover new artists; to mix and mingle and talk about art. We hope that our rising artists will find eager collectors, gallery representation, and media buzz. We want to provide an environment conducive to discovery.

What does “accessible art” mean to you?

MvV: It’s about building a bridge between the artists and art-lovers. We are reaching out to a new audience and offering them an insider look at artists who offer new opportunities to each art lover – at our fair, they get direct contact with the creators behind the work. The standard way of buying art and collecting focused on a few, but we think art should be accessible to everyone. The reality is that we are changing and being disruptive in the sense that we are putting these new, emerging artists in direct contact with a wider public, when in the past maybe art has been seen as a little more insular.

MvV: Someone who has an interest in art but has not previously considered collecting might visit the fair. When they see the artists and the work, barriers drop and they think, “I could buy this piece of art, I could start my collection.” Not all art lovers are thinking of buying a piece, but in this context I think that we give them the opportunity to take that step because they’re getting more of an unfiltered experience.

We are also a conduit to connecting with long-time collectors who are looking to come in and discover something new. So, I think the experience will change everyone’s preconceived notions about art fairs. For established collectors, it’s about the discovery. For new collectors, this is a great place to start because it’s open, friendly, and you can meet the artists.

We’ve relied on the judgment of exemplary art professionals to put together this group and in that sense it’s the best of both worlds. Visitors will explore the work of new artists knowing that each one is worth the inclusion in an exclusive group and that they have yet to be discovered by the world at large.

Art lovers and collectors, take note. Below are some of the artists we’re most excited about, heading to New York this month. 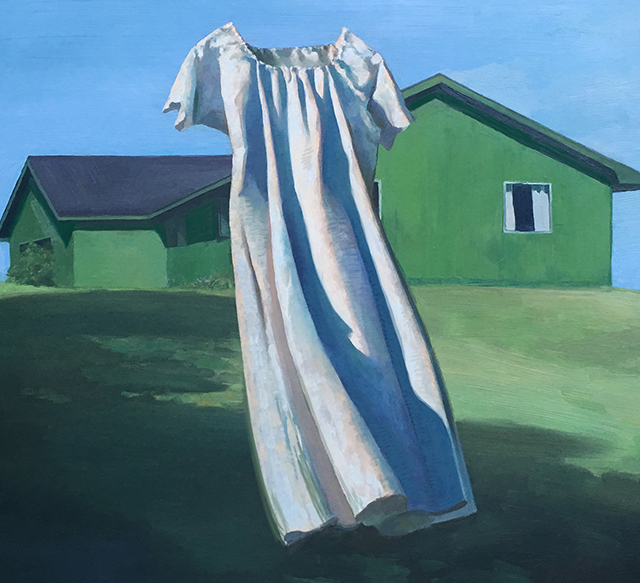 “Day One Hires” by Grant Collier. Photo courtesy of the Accessible Art Fair.

Grant Collier was born into a family of artists and was taught the traditional methods of painting, composition, and color theory by his father and older brother. This lead to a study-abroad program in Rome, Italy where he focused on art history and religion. After returning to the United States, he was accepted into Art Center College of Design in Los Angeles where he graduated with honors.

Collier was the winner of the Mary Pickford Portrait Competition in L.A., which began a short career as a portrait painter. After art school, he used his film and animation skills to make films and music videos for Warner Bros Records, American Records and was soon signed to DNA Films in Hollywood. At this time, Collier was exposed to the digital space and saw potential for making art in a new way. He followed this new medium to New York and soon became Creative Director for several digital advertising agencies and design houses, most notably Hillman Curtis, Inc.

Collier is a multimedia artist. He explores the internal and external narrative through the figure, examining one’s identity to themselves and one’s relationship with the world. He lives in New York. 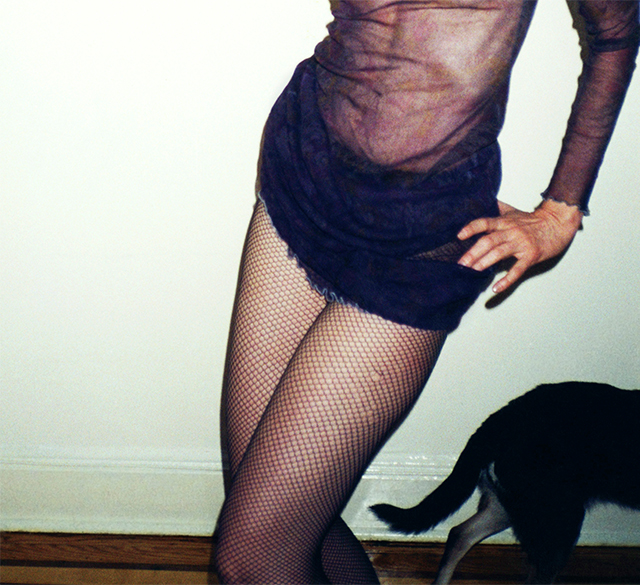 Lori Cuisinier is inspired by the rawness of sexuality, love, rock n’ roll, the Metropolitan opera, Helmut Newton, El Greco, Rilke, Dante, Simone de Beauvoir, and Patti Smith. Her cinematic story lines combine memories and experiences of the distant and more recent past with those of the present day – the end-goal being, in part, to juxtapose strength, vulnerability, mystery and eroticism, often within an ambiguous female form or written words.

Using her body and clothing, she invites the viewer into her world and seeks to transcend the personal, thereby touching the viewer’s own psycho-sexual consciousness and emotions.

Cuisinier calls New York “a palette of rich and gritty diversity, from the mundane to the spectacular,” which inspires her and infiltrates her photography, paintings, and drawings. Through a long process of assimilating, integrating, discarding, and transforming aspects of her dichotomous experiences in New York, her artistic vision and soul have evolved. 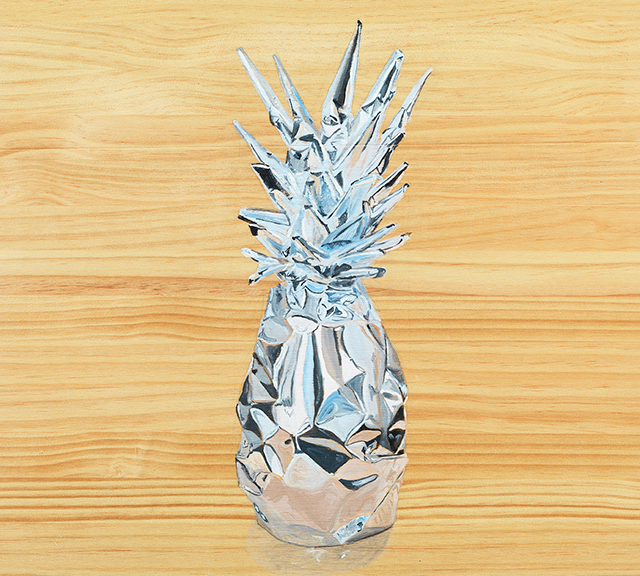 Gemma Gené is an architect and visual artist from Barcelona, Spain, currently residing in New York. She moved to the United States to earn a Master in Advanced Architectural Design at Columbia University and in 2014 immediately upon graduation joined Steven Holl Architects. She previously obtained a degree in architecture at La Salle University in Barcelona, Spain, and expanded her education in Architecture and Fine Art at Escola da Cidade, São Paulo, Brazil and University of California Berkeley.

Gené has maintained an independent career as an award-winning painter and published illustrator. Her two-dimensional work tries to provoke today’s architecture using color and textures to communicate sensations. She relies on urban art as a way to make her work accessible. Her three-dimensional work shares her architectural language and is a study of volume and geometry using stone, concrete and 3D print.

Gené is best known for her online comic, “157ofgemma,” where she narrates in an ironic fashion her life with her inseparable pug Mochi that has a very strong following on social media. 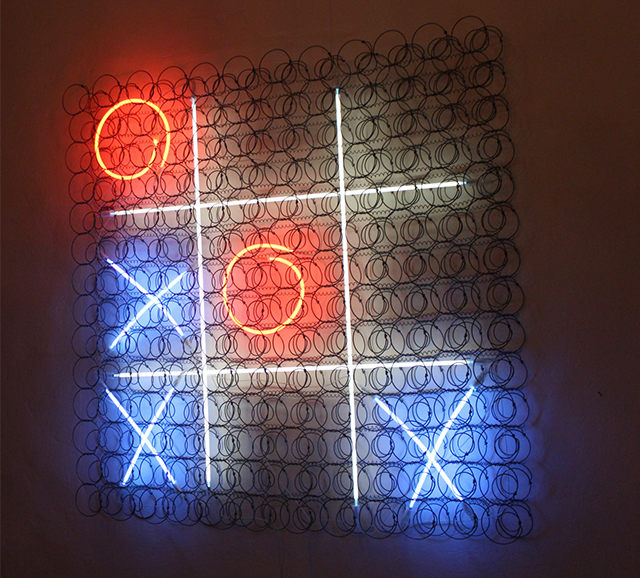 “Your Turn” by Jeroen Gordijn. Photo courtesy of the Accessible Art Fair.

Jeroen Gordijn grew up with an interest in archeology, history and architecture and collected medieval and archeological objects which he says “fill his curiosity cabinets.” He chooses objects based on their representation of life as symbols of their function. After finishing primary school, Gordijn entered the Graphical High School in Utrecht to pursue an education in graphic design, but quickly left to engage in a more hands-on, artistic style. As a self-taught artist, he started restoring old historic vehicles and weapons while collecting objects.

In 1999, Gordijn was apprenticed as a glassblower and learned how to bend neon glass. He is now a highly specialized restorer for renowned neon artists, as well as being an accomplished goldsmith. Gordijn describes himself as a “Neoniste,” stating, “my work may be looked upon as an ‘illumination’ of my world, as my mark on the objects from my environment.”

Can’t make it in person? The fair will continue on Invaluable. Browse and buy more from featured Accessible Art Fair New York artists from December 1-20, 2016.