On April 3, works by Man Ray, Ansel Adams, Hiroshi Sugimoto, Irving Penn, and more masters from the 19th-21st centuries will go up for auction at Sotheby’s Photographs sale in New York City. The highly anticipated event is led by a 1924 photogram by Man Ray, who in that decade became a leading figure in the Dada and Surrealist movements and known for these camera-less pictures he dubbed “Rayographs.”

“Many of the photographs in our auction – such as the Man Ray ‘Rayograph’ and the Ansel Adams mural – have been in private collections for decades, and that has generated a lot of excitement,” says Emily Bierman, Assistant Vice President, Director of Sales, and Senior Specialist in Photographs at Sotheby’s. Such important works that come fresh to market are “very well received by today’s collectors,” she adds. 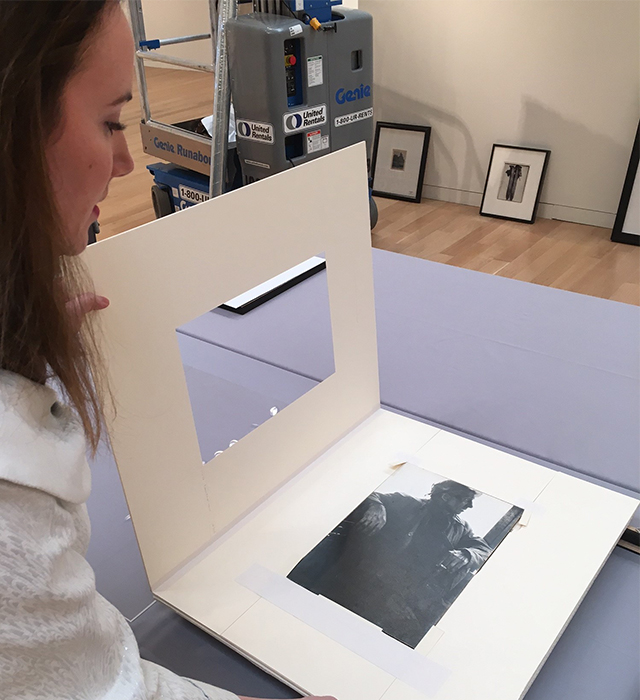 This week, Bierman guest curated and commented on a series of significant works from the sale, each of which carry its own noteworthy story. Here’s a behind-the-scenes look before they go on view at the pre-auction exhibition in New York starting March 29. 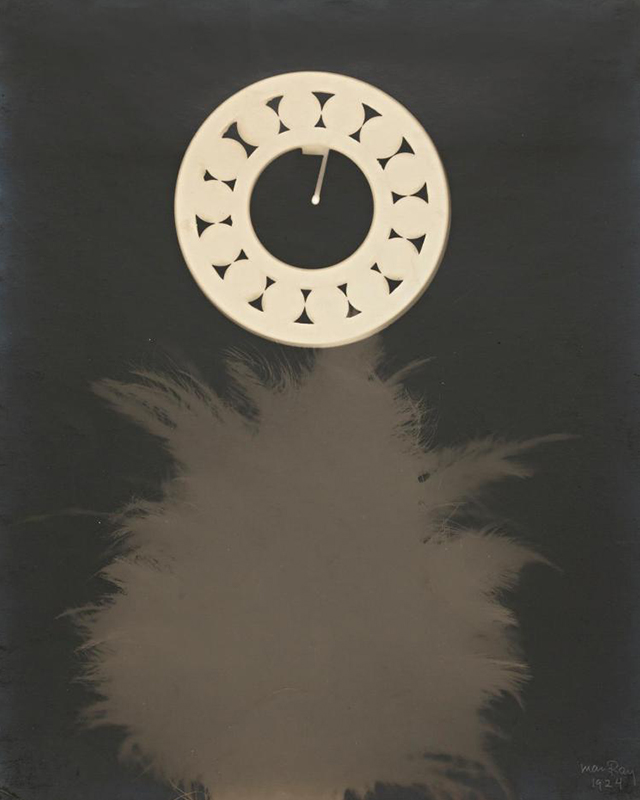 “This luminous, unique photogram, referred to Man Ray as a Rayograph, was made in 1924, just a few years after he began experimenting with the photogram process. With its lush, velvety darks and bright creamy highlights, it possesses all of the depth and visual dynamism expected from the best of Man Ray’s work from this period,” says Bierman. “ Photograms are made without the use of a camera, by placing objects on, or just above, light sensitive photographic paper. In the present work, the most prominent element is the glowing circular form of a metal ball bearing. This Rayograph has significant exhibition history: it was included in the highly important 1962 retrospective of Man Ray’s photographs at the Bibliothèque Nationale in Paris.” 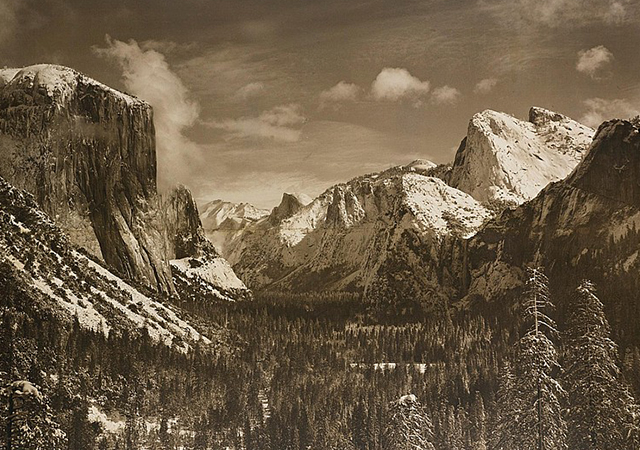 “The name Ansel Adams is synonymous with classic American photography, and we routinely offer many of his best known photographs in our auctions. Rarely, however, do we encounter Adams’s murals in this impressive, mammoth scale. Adams first began making mural-sized prints in the 1930s, and he quickly became an articulate spokesman for the form. The present mural is from a series that Adams executed in the mid-1950s for the American Trust Company (later Wells Fargo Bank) for their San Francisco offices.” 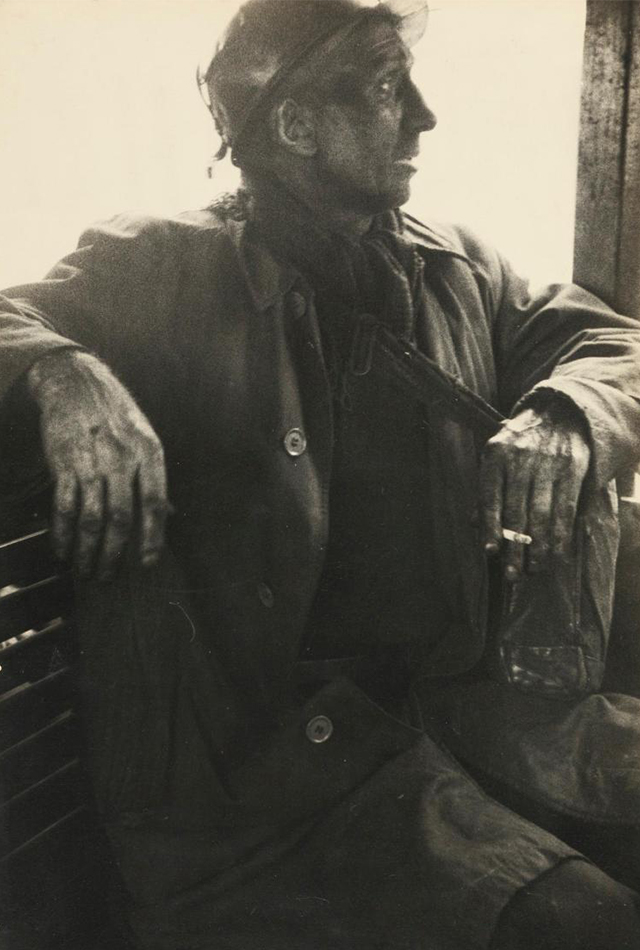 “This portrait of a soot-covered miner is from a series of images Robert Frank made while traveling through South Wales in 1953. The print that we are offering has important early exhibition history. It was one of 22 photographs by Robert Frank featured in the 1953 exhibition Postwar European Photography at The Museum of Modern Art, organized by Edward Steichen. This photograph has great object quality, as it is flush-mounted to Masonite and the original MoMA exhibition label is still on the reverse. It’s hard to imagine, given today’s security concerns at museums, but this photograph would originally have been exhibited at MoMA unframed and directly affixed to the wall with hanging tabs – those are still present on the back of this object.” 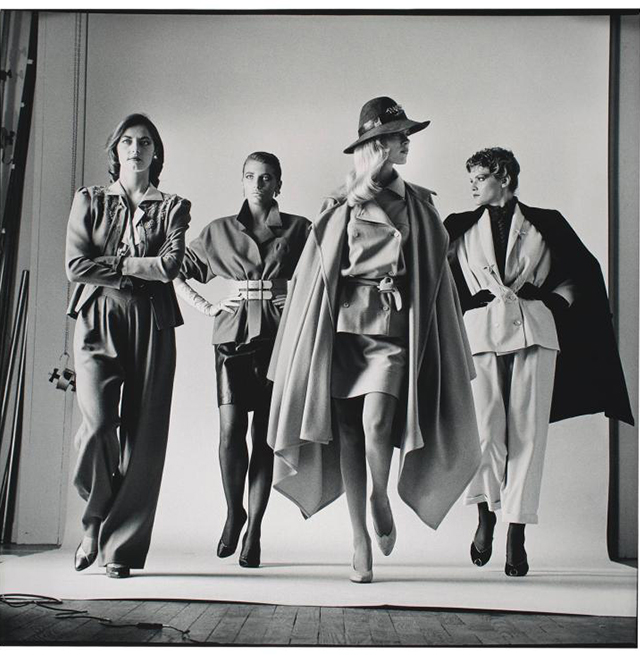 “This diptych is classic Helmut Newton at his best. Newton juxtaposes four strong models: stylishly dressed on the left [above], naked but commanding on the right. These images originally appeared in French Vogue in 1981, and have captivated viewers for the past three decades. We more often see these images on the market in a smaller format, and they are all the more striking here as a pair of large 42 x 42 inch prints.” 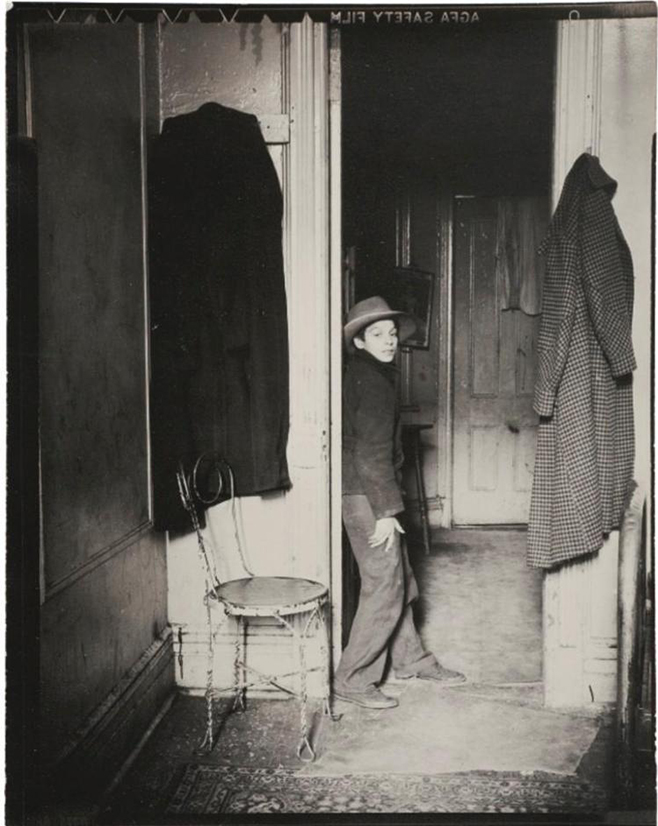 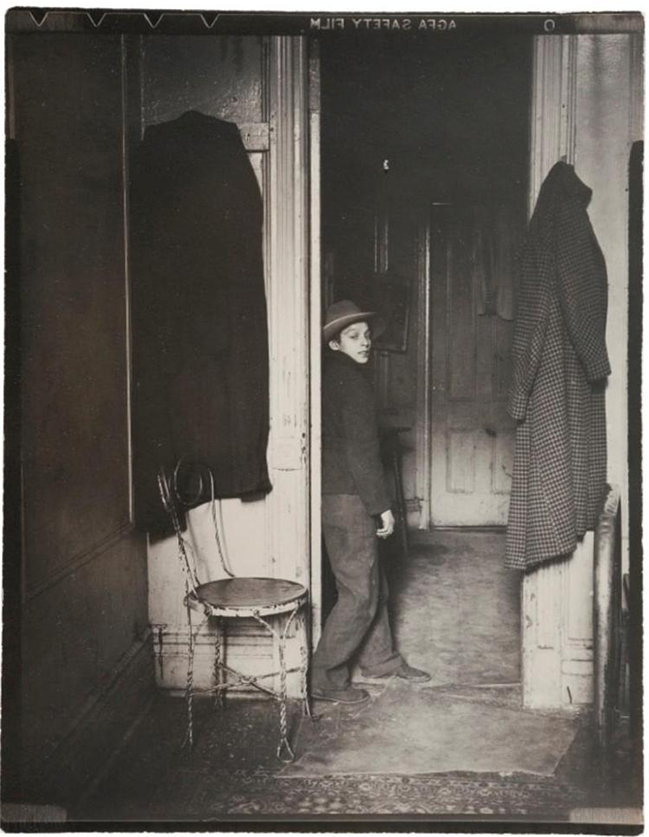 “Helen Levitt made this pair of charming portraits with a 4 x 5 view camera borrowed from the photographer Walker Evans. Levitt was more accustomed to working out of doors with her handheld Leica camera, but I think these images nonetheless display her instinctive talent for portraiture. The first photograph is the classic exposure from that sitting, and is the image that was illustrated in Levitt’s definitive volume, A Way of Seeing, first published in New York in 1965. The second photograph is a rare print of Levitt’s first exposure when her flash did not go off. Prints of either image are rare, and have seldom appeared on the market. These are believed to be the first prints made from the negatives.” 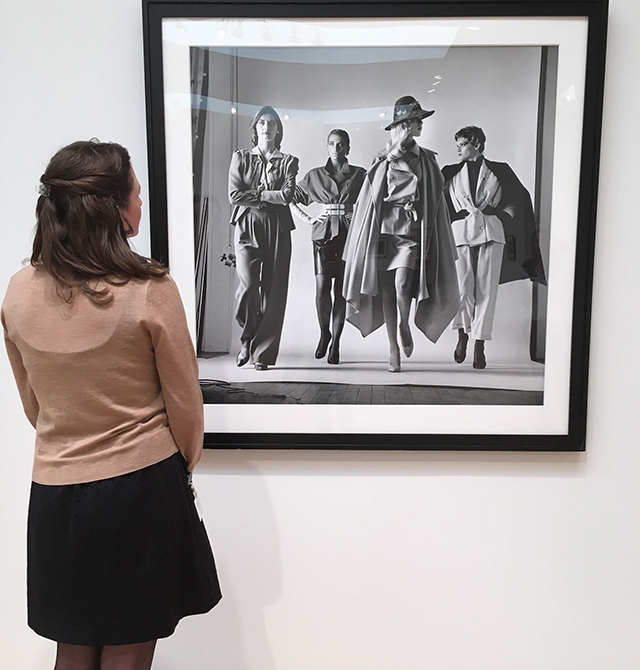 The Art of Observation: What You Can Learn from Street Photographers
Recent Posts
Categories