It’s an incredibly exciting time to be a part of the art world. With the emergence of online art buying adding transparency and accessibility to the market, art fairs changing the way that art is experienced and sold, and social media redefining ways in which artists communicate with their followers, the traditionally opaque and fragmented market is now more transparent and democratic than ever before.

“The art market is fueled by record-breaking prices for modern and contemporary works and the excitement and interest trickles down through the market to affect less valuable works, and works by lesser known artists,” says Lisa Thomas, Director of the Fine Arts Department at Stair Galleries. Collecting, she adds, like anything else is affected by social trends and popular taste.

The extremes of today’s art market suggest that we stand at the beginning of a new transformation in thought, attitude, and culture; a shift that echoes the revolutionary vision that emerged during the Italian Renaissance.

The visual languages of past or present cultures can be seen as both art and artifact, and the art of one society may serve as source material for others. In the Western world, the Romans discovered and sought to improve upon Greek art, which also influenced Etruscan works. After a dormant period, Medieval religious art developed into the sweeping drama of Gothic and Renaissance Art.

The Renaissance: An Artistic Rebirth 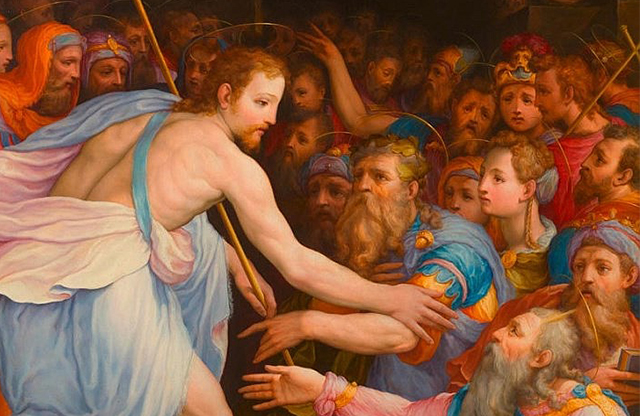 During the Renaissance, artists focused on representing the world as accurately as possible. Renaissance artists studied freshly excavated Roman works and immediately adopted and elaborated upon ancient sculptural forms.

Literary and technological inventions also led to more technically-skilled artistic endeavors. Giorgio Vasari wrote the first history of art, including remarks from his personal conversations with Michelangelo. In the 1400s, Italian and Northern artists began to use oil paint, which opened new possibilities for life-like colors. In the 1500s, canvas imported through Venice made paintings easy to store and transport, and thus made art more durable.

By the end of the late Renaissance, Mannerism took hold with its unrealistically tall forms, unusual poses, and less clear perspective. As the Baroque style simplified art in France and Italy, Mannerism was handed off to Northern Europe, where it flourished through the 1600s.

Baroque to Neoclassical: France as the Art Capital of the West 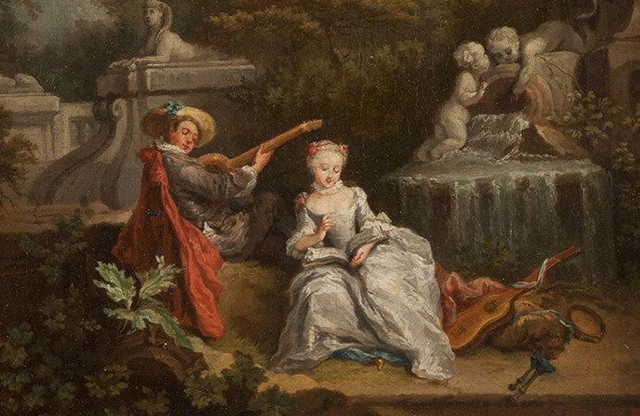 “Paradise of Love in the Park” by Antoine Watteau, oil on canvas, Hargesheimer
Kunstauktionen Düsseldorf (September 2016)

In the 1600s, Louis XIV of France spent a considerable amount of the country’s gross domestic product to build a vast art production system that made France the European capital for art production. His remodeled palace, Versailles, represents the heavy artistic style of the Baroque period.

Louis XV infused a sense of lightness, ushering in the Rococo period with its playful, organic, flowing forms. By the time Louis XV died, people had grown tired of Rococo style. As the Age of Enlightenment took its grip, Louis XVI’s reign ushered in a political revolution and the Neoclassic period, in which art returned to classic forms and motifs.

Academies sprung up among the major European capitals to train artists in the standard visual vocabulary, a conservative style that could be traced directly to the Renaissance and the subsequent stylistic advances. There was a hierarchy of genres for academic painters and sculptures. The apex was history painting, followed by portrait painting, genre painting, landscape, animal painting, and still life. 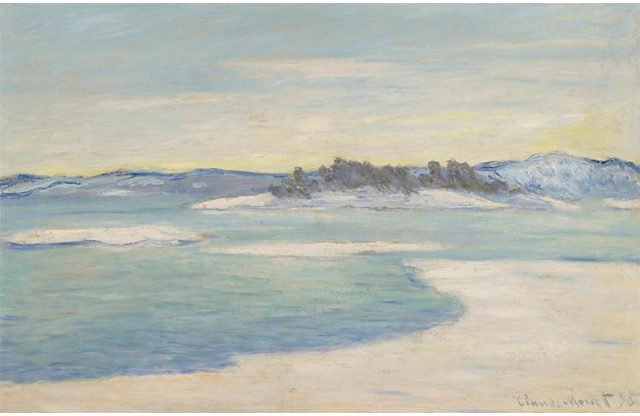 A great revolution happened with the advent of modern art in the middle of the 19th century. Artists in Paris were frustrated by a state-sponsored art world that demanded years of labor, rewarded only a few, and placed tight constraints on how artists could express themselves. Therefore, they sought to create a new style independent of these restrictions.

The modern art revolution made possible unprecedented levels of experimentation, including the use of materials in finished works that the Academy of Fine Arts would not have accepted. Artists began to paint social critiques. Paint tubes were invented so that artists could work outside, and they began to travel longer distances via the new train systems to paint out-of-doors. Paintings increasingly emphasized flatness, geometry and color. Bits of canvas were left unfinished. Coinciding with the Impressionists, luxury goods dealers in Paris became art dealers, and in time these dealers – with art critics as their publicists – became the new mechanism for distributing art to the market. 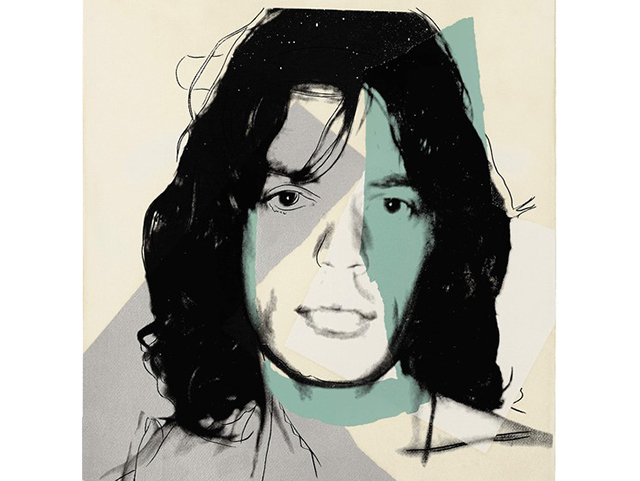 After World War II, the Abstract Expressionists created a new, radical visual language based on color and gesture. New York became the capital of the international art world. Conceptual art reduced drawing to a set of instructions on paper for producing the piece. Environmental artists sculpted into the earth. Pop art brought sculpture and paintings from the galleries to the streets with simplified motifs and commercial appeal.

The tradition of social critique in art established in the 19th century continued. Artists began to examine issues of gender, sexuality, and ethnicity in their works. Non-Western art history began to be recognized as equal to the development of art in the West. Queer artists, female artists, and artists of color started to be recognized among their white male peers.

By the end of the 1900s, artists could utilize anything from paint to readymade objects in their art, and the clear delineation between types of art – painting, sculptures, performance, installation – had in many cases disappeared. Artists today have the freedom to work outside of traditionally lauded genres and mediums.

The Anatomy of a Work of Art

Understanding the types of works available at auction is paramount to your success as a collector. Get better acquainted with some of the most common fine art mediums available in the market today.

Original paintings are one-of-a-kind works executed by the hand of the artist typically composed of oil paint, acrylic paint, watercolor or gouache. A vast array of paintings by both emerging and established artists can be found at auction, spanning a variety of artistic periods, movements and styles.

Emerging technology in the 19th century enabled the development of photography – catapulting one of the most widely used image-making devices into circulation and radically changing the course of art history. From early daguerreotypes to experimental works by living artists, photography is a diverse field. Artists in demand today include Diane Arbus, Richard Avedon, Irving Penn, Robert Frank, Ansel Adams, Sally Mann, and Hiroshi Sugimoto. 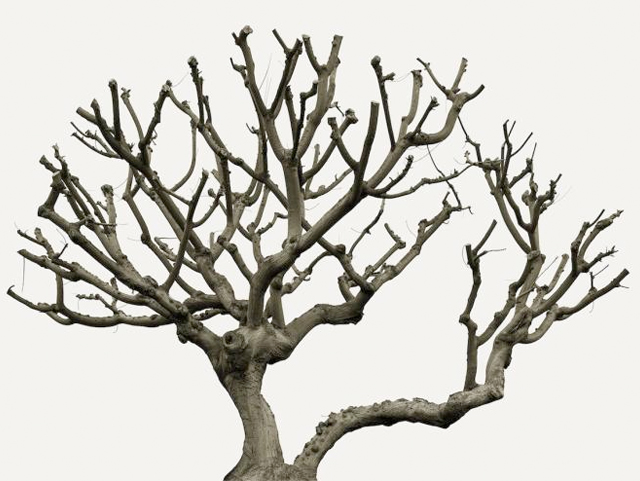 Drawings can be a great place to start collecting original works of art because they are usually more economical than paintings but still hold tremendous artistic and academic value. Some drawings serve as studies for an important painting by the artist and hold great value in revealing the earliest manifestation of the artist’s idea, while others are fully-executed compositions. Traditional drawing materials include graphite, charcoal, India ink, pastel and chalk.

Prints and multiples – including lithographs, etchings, and woodcuts – are a great way for new buyers to begin collecting. These images are typically produced on paper and in set quantities that range from limited editions to expansive series. Typically, the smaller the number of editions the more valuable each edition becomes.

While printmaking techniques have evolved over time, the process has generally remained the same: the artist creates an impression on a carved surface (wood, stone, metal, rubber, etc.), applies ink or color, and transfers the image in ink the surface to a sheet of paper.

Sculptures are available in all sizes and materials including marble, wood, stone and various metals. A sculpture’s value may depend on the edition size of a sculpture, its material, and its maker.

Follow the steps below if you are contemplating starting your own fine art collection. 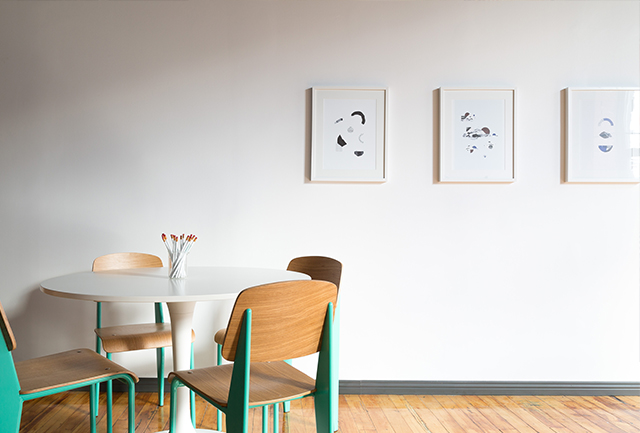 Visit as many museums and galleries as you can. As you explore, take note of artists, movements, periods and techniques that you are aesthetically drawn to. Read wall text and write down what attracts you the most. Online galleries such as those hosted on the Google Art Project are an excellent way to explore remotely.

“Buying drawings and prints is a good way to start a collection and helps a buyer acclimate to sourcing and bidding at auction,” says Thomas. “If someone wants to start buying art, but doesn’t have a specific artist or type of art in mind, I often suggest starting a collection with a theme like small, 19th century French still life paintings or drawings of historic American buildings.”

Once you’ve determined who and what interests you, research those artists and find similar works from the same genre. Exhibition catalogues are a great way to start – these texts are compiled by the organizing gallery or exhibiting museum and often include expert knowledge about the artist’s oeuvre.

Use online databases to access price points – these will provide a benchmark for similar works and give you an indication as to whether the artist’s works are currently within your budget.

Tips for Buying at Online Auctions

Online marketplaces like Invaluable make it easier than ever to purchase a work of art from anywhere in the world; however, you may not have the chance to inspect the object in person before you purchase it. Follow these guidelines to ensure you are getting what you want:

Each auction house has its own registration requirements. For example, on Invaluable, you must register to bid with each auction house on the platform and be approved. The entire process is straightforward, but is better done a day or two in advance of the sale.

If you have any other questions, ask them. If the answer is not satisfactory to you, do not bid or buy.

“Talk to auction specialists, as they can provide additional insight into items offered,” says Celine Rabago, former Fine Arts Specialist at Pacific Galleries. “Review the catalog description carefully and the auction house policies, if you have questions about provenance or condition, contact the auction house to clarify.”

Make sure your bid is competitive, but not so high that you’d be significantly overpaying.

“But don’t be afraid to pay more than the estimate for a work that you really love, especially if it is unique and rare, because you may never have the opportunity to own it again,” says Thomas.

6. Don’t Bid Unless You’re Sure

All sales at an auction are final. For larger items, the auction house will provide a list of good art handling or shipping companies.

7. Take Care of Your Works

It’s important for any collector to carefully document the works in his or her collection. Keep the originals safe, and be sure to make copies.

Key documentation may include:

To maintain and grow your collection, it can be helpful to move works around to different places in your home. You’ll start to see them in a new way by interacting with them from different distances or in different spaces. When you visit museum and gallery exhibitions, take note of how they organize and curate their collections.

“Always consult a specialist before having major restoration work done. We see many paintings and works on paper that have been ruined by improper restoration,” reminds Thomas.

Lastly, don’t be afraid to deaccession items that no longer fit or you outgrow as your taste evolves. How to Start a Fine Art Collection