When you hear the word Cartier, what’s the first thing that comes to mind? Beautiful necklaces? Iconic watches? Or maybe a signature gold bracelet?

Regardless which of these appeared in your imagination, one thing is for certain: Cartier is synonymous with luxury. Since the mid-19th century, they have been building a name as a classic, yet innovative jewelry and watch maker. Their pieces are iconic and timeless.

With Phillips’ Hong Kong Watch Auction, Session 1 and Session 2 (May 30) around the corner and other key jewelry sales quickly approaching, the timing seemed just right to review one of the most beloved luxury jeweler and watch makers.

To understand how Cartier gained an association with opulence and class, the history and the founders have to be explained. The production, design and limited edition features of their signature collections will also be reviewed so that you can confidently pick a signature piece or begin building a collection of your own.

Founded in 1847 by master jeweler Louis-François Cartier who took over from master watchmaker Adolphe Picard, Cartier built a reputation on his ability to create extravagance. Cartier’s son Alfred took over in 1874 and expanded into new forms of watchmaking including the trendy wristwatch, but it would be his three sons Louis, Pierre, and Jacques, who built the brand you know today. 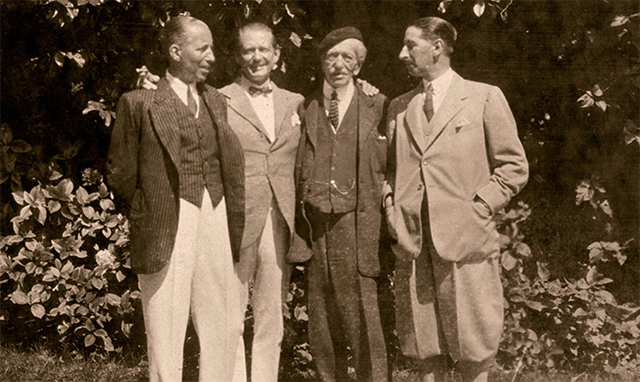 Louis, Pierre, and Jacques wanted to make Cartier an international name. In the early 20th century, they quickly opened locations in London, St. Petersburg, and New York where their influence expanded.

Louis was left to helm the Paris house of Cartier. It was under his leadership that the brand moved to the Rue de la Paix in the center of Paris, where one of their historical maisons still stands. He was also responsible for the creation of the Santos watch. Louis designed the flat Santos wristwatch which balanced form and function and came a modern yet timeless staple of Cartier’s brand.

Pierre Cartier opened both the London and the New York Maisons before settling in New York to focus on the American branch of the company. He gained a strong customer base from financiers, industrialists and Broadway stars. His clientele later expanded to Hollywood.

Jacques assumed the reigns of the London operation once Pierre set sail for New York. He moved to the current address on New Bond Street.

The three brothers together expanded from watches to fine jewelry that included rings, bracelets, necklaces and a plethora of royal gems. Cartier has a royal warrant with the British monarchy after King Edward requested 27 tiaras for his coronation and famously referred to Cartier as, “the jeweller of kings and the king of jewellers.”

Not long after King Edward made his decree, warrants rolled in from the courts of Spain, Portugal, Russia, Siam, Greece, Serbia, Belgium, Romania, Egypt, Albania, Monaco, and the House of Orleans.

The Birth of Cartier’s Iconic Watches

The Cartier brand was built on their innovative watch designs. Clocks, brooches and pocket watches adorned with onyx, pearl and enameled figures made up a majority of their product echoing the fashion of the day. As the 20th century approached, a new trend in women’s apparel gained momentum: the short sleeve. As women across Paris pranced around with their bare wrists, Louis Cartier predicted the future popularity of the wristwatch.

The iconic Santos watch was created in 1904 to aid Brazilian aviator Alberto Santos-Dumont. Santos-Dumont complained of the impracticality of using a pocket watch while flying. He wanted to tell time in the air to help track speed and break records. The watched has rounded angles and exposed screws revolutionized wristwatches. In the century since its creation, the Santos has been released in many different styles for both men and women.

The Tonneau model was the next released from Cartier in 1906. The Tonneau watch is delicate and curved in design. Although small in size, it was originally intended as a men’s watch as was common of all models in this time. Many versions are only available in gold and platinum. To celebrate its 100th birthday, Cartier released the Tonneau XL which consisted of a larger case and wider strap to appeal to the new style of men’s watches.

The Tortue watch, named of it’s tortoise-inspired shape, became another classic following its release in 1912. It gained popularity across age and gender. At a time when all watches were round, this unique design was groundbreaking.

The outbreak of World War I cemented the budding trend of wristwatches as they became not only fashionable, but practical. On the battlefield, soldiers didn’t have the time or wherewithal to pull out their pocket watch. Given the grand militarization of Europe, Louis was inspired by the lines of a military tank and the Tank watch with strap attachments was revealed in 1917. In the century since, it has been seen on the wrists of first ladies from Jackie O. to Michelle Obama.

Louis Cartier created the Trinity collection in 1924. Its interlacing bands of yellow, white and pink gold are meant to symbolize the different stages of a relationship – white for friendship, rose for love and yellow for fidelity. Each band is movable yet intertwined. The popularity of this collection has not waned in the century since its inception. The simple design contributes to its sustained success making it still feel contemporary and modern.

In 1914 Cartier caused a stir with a panther inspired wristwatch covered in panther spots consisting of onyx and diamonds. Even this early in its inception, Cartier had gained a reputation for innovative and flashy jewelry. Louis Cartier explored the exotic animals, colors and patterns of the Orient as the world expanded through global exploration.

Jeanne Toussaint, nicknamed the panther, carried this motif through powder boxes, vanity cases and cigarette cases and later to rings, watches, brooches and more. Toussaint would be happy to see that the Panther collection is still going strong following its centennial.

While the Love bracelet didn’t make it to the market until the seventies, it has become one of the most iconic as well as most successful of all of Cartier’s collections. Worn by celebrities, fashion icons and trendy women everywhere, the bracelet is composed of two pieces that screw together with a tiny screwdriver representing never ending love. Now the Love collection extends to rings, earring and necklaces. 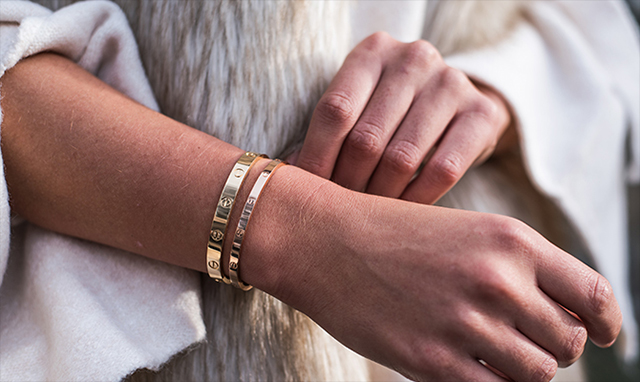 The Juste un Clou collection came into fruition in the seventies in New York City. Transforming a nail to luxury jewelry mirrored what was happening in the world of fine art. Contemporary artists pushed the boundaries by bringing everyday objects into their work. Not only does the Juste un Clou bracelet present a new way of looking at something common, it is also simple, sleek, bold and modern. 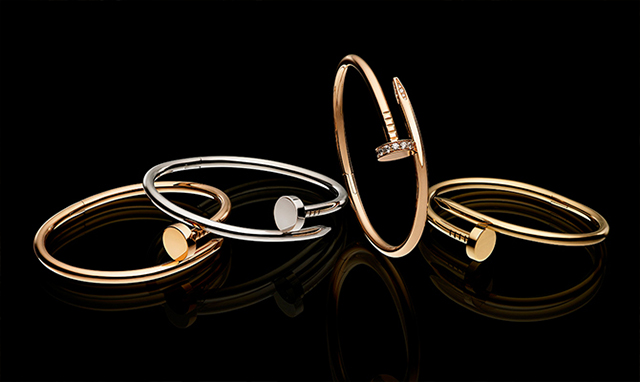 Cartier symbolically links their Amulette collection with a precious lucky charm. Each piece in the collection is comprised of a circle with a slice missing and a diamond in the center. The circle consists of natural gemstones meaning each piece is unique and is said to carry a wish.

Inspired by the popularity of the succulent, Cartier decided to launch a new collection. Each piece of jewelry is bold, bright and modern. A cactus reaches full bloom in the evening which is a brilliant metaphor perfect for elegant evenings. Alternatively, the more muted branch of the collection encapsulates the cactus at daybreak. These pieces are covered in polished gold beads set with tiny diamonds evoking flowers peaking out of a closed bug.

The innovation of Cartier watches continues to bring in new consumers from generation to generation. See how their watches have evolved through the last century in the compendium below.

Learn more about Cartier from the Invaluable Guide to Cartier Jewelry Icons. 4 Things You Should Know About Women’s Rolex Watches

Inside the Archives: Tudor Watch Prices