The ceramics market is at an all-time high. Antique and vintage pieces are selling for prices never seen before, and for good reason: as one of the oldest means of artistic expression, ceramic art also the most timeless.

In addition to finding a personal connection with a ceramic piece to add to their display, collectors also want to ensure they are investing in an artist that will retain its value. We’ve compiled a reference guide of some of our most popular makers to know and follow, from the most historic figures of the past century to the hottest today.

The 20th century experienced an explosion in ceramic creators that still stand out today. Some of the most popular are those makers such as Greuby and Newcomb, who embraced the Arts and Crafts movement by showcasing hand-thrown, organic designs. Pieces by the Greuby Faience Company, operating between 1894 and 1920 in Revere, Massachusetts, continue today to be renowned for their natural forms and organic matte green finish. 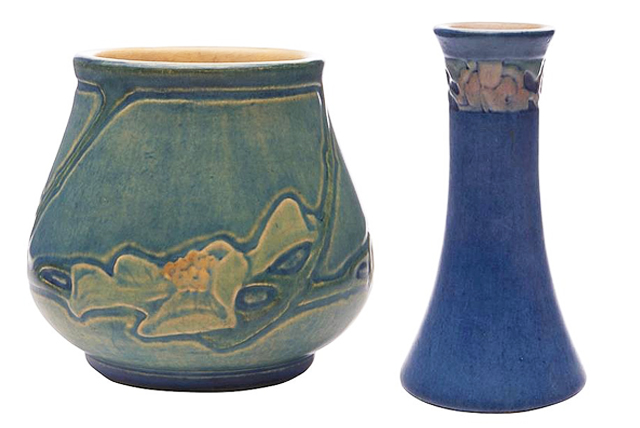 Newcomb Pottery, launched virtually simultaneously with Greuby, became one of the most prestigious producers in the American South and was renowned for its women potters (as it was an extension of Newcomb College, now merged with Tulane University, in New Orleans, Louisiana). Their designs, which featured organic forms decorated with floral motifs, are in such high demand presently that they consistently set record prices at auction. A “Clematis Vase,” for instance, designed in 1904 by Newcomb talent Maria de Hoa LeBlanc, sold in 2009 for more than $169,000. 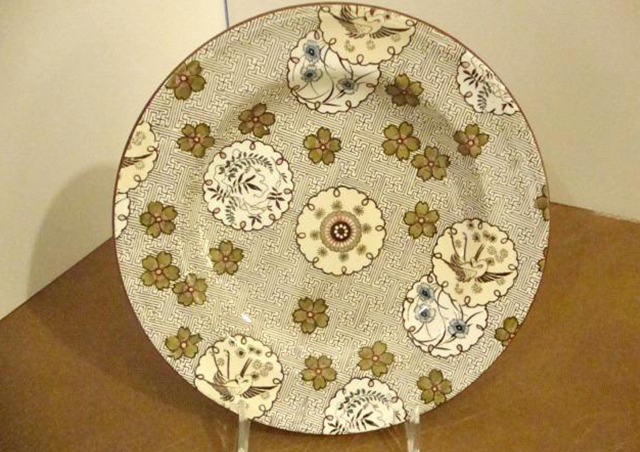 Also perennially popular are the masters of the modern age: those ceramists who perfected the Art Nouveau approach in the late 19th and early 20th centuries. Collectors still clamor for works by makers such as Minton, one of the chief producers in the hub of haute ceramics in the early 19th century: Staffordshire, England. With early pieces that channeled the appeal of classical makers such as Sèvres, Minton’s designs evolved over the course of the century to invoke more of the smooth contours and sultry sheen of Art Nouveau designs. This evolution proved engaging to collectors: as a case in point, this Minton peacock figurine sold in 2010 for more than $170,000. 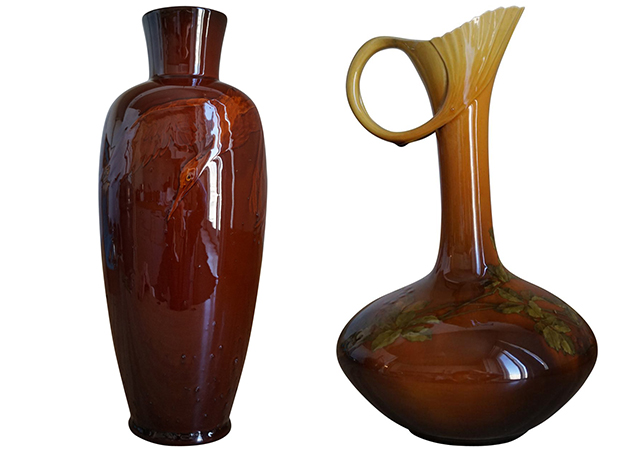 At the same time, makers such as Rookwood, established by Maria Longworth Nichols Storer in 1880s Ohio, also excelled in the Art Nouveau aesthetic while adding in an air of the Arts and Crafts approach. They embraced a beautiful blend of organic forms and rich color to such an ideal extent that their pieces are still revered today. As a testament to this reverence, a Rookwood vase sold in June 2004 in Cincinnati for more than $350,000.

Some of the most popular painters of the 20th century also experimented in the ceramic realm, producing works that today are only accelerating in demand. Famed Spanish artist Pablo Picasso explored ceramics later in his career, for example, yielding a remarkably prolific (and consistently popular) range of painted ceramic tiles, plates, and vessels that echoed the modernist, abstract aesthetic for which Picasso’s paintings were revered. 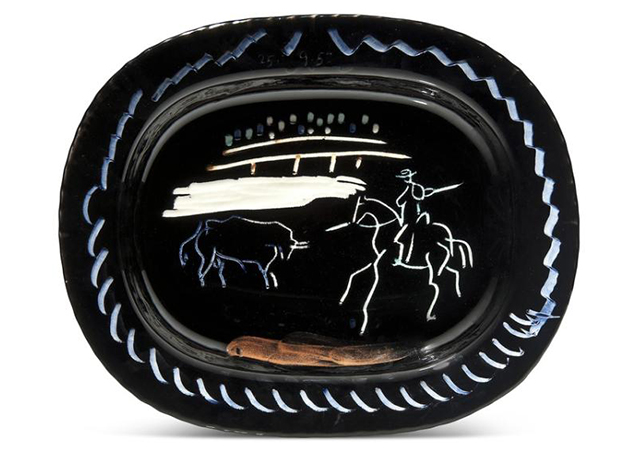 The same path was taken by contemporary Joan Miró, who also embraced the exploration of abstract themes and vibrant color in his work. Miro teamed up with art school colleague Josep Llorens Artigas in the mid-1940s to create a series of collaborative ceramics, from smaller-scale objects to full-size ceramic tile murals. Some such pieces, such as tiles and vases, feature the organic and playful abstract motifs reminiscent of Miró’s most treasured paintings, while others employ the medium of earthenware to manifest the imaginative figures of Miro’s paintings in three-dimensional form. Regardless of approach, with Miro sales at an all time high, collectors are turning to his ceramic pieces as a great means to enter the market for his works.

For as storied as is the history of ceramics, what is most refreshing is that the field continues to charge forward into the modern age. Some popular contemporary ceramists, such as Chu Teh-Chun, have revived the old styles of Chinese blue and white ceramics for a new generation by using these old styles on new, abstract forms. Others, like Jessica Harrison and Jess Riva Cooper, play off of antique models as well, creating forms reminiscent of past masters such as Meissen yet updated for humorous appeal or social commentary. 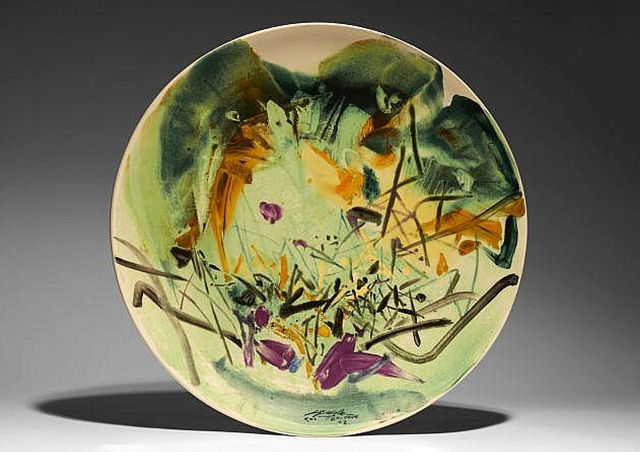 As the work of these rising artists suggest, the art of ceramics is only increasing in popularity. The inherent versatility of medium combined with the immense talents of its artists have made the field of ceramics it a collector’s paradise. There is truly something for all collectors in the field of ceramics, but for those who want to cultivate the most coveted collection, these are the names to seek. Inside the Archives: Picasso Ceramics Prices