Among the rising number of unique art fairs open to the public across the world, the Accessible Art Fair stands alone.

Its mission is to put together a selection of the highest quality art, working mainly with emerging and mid-career artists. “We spend time forging and nurturing relationships with these artists, visiting them at their studios or attending their shows,” says the Accessible Art Fair’s founder, Stephanie Manasseh. Manasseh has extensive experience working closely with emerging artists and has become a leader in spotting the “next big thing” over the last 10 years.

To complete this mission, Manasseh works with selection committees in Brussels and New York comprised of experts who can spot the best talent working today. They are professionals from Sotheby’s, an art adviser at Gagosian, and independent art advisers and art critics. In judging these artists’ works, the committees hone in on technique and originality, never looking at artists’ CVs or resumes of past shows and collectors to give everyone a chance to participate on equal footing.

This year marks Invaluable’s first year of partnership with the Accessible Art Fair, and our team will be present in Brussels (September 22-25) for its 10th edition and for its inaugural edition in New York (November 1-25) at the National Arts Club.

In anticipation of the Brussels event, we are pleased to announce the exclusive full list of artists participating, plus 7 of the 10 jury-selected artists to know and follow.

The Jury’s In: 7 Artists to Know 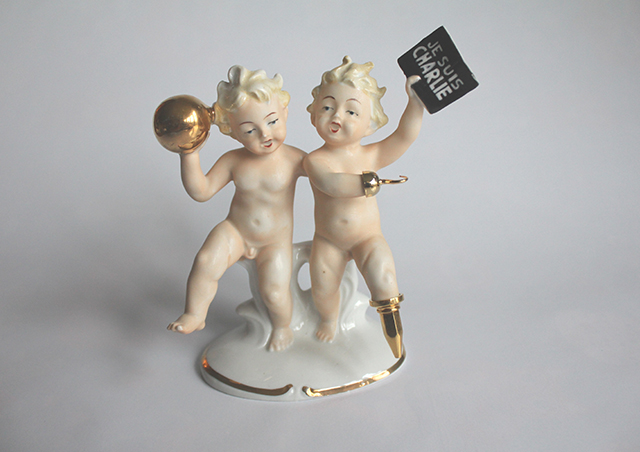 Thierry Lancelot is an art collector and artist who works primarily with ceramics to create unique narrative pieces. He works with both mass-market and antique found porcelain figurines, cutting up and or adding gold or sterling silver elements to them and repainting them, to create sculptures which depicts the male and female figure caught in sexual poses. In recent years, he intensively studied the three-dimensional figure in Art and the philosophical relationship between Art & Perception. 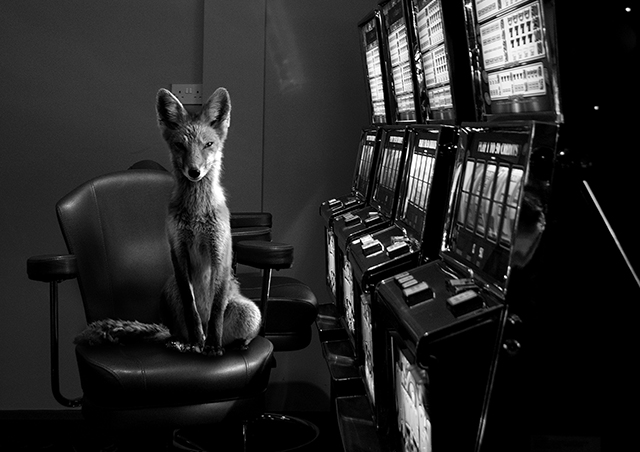 Jason McGroarty started as a self-trained photographer and quickly moved into surreal photographic art. With the use of intricate image editing techniques and creative editorial photography, his work depicts the ordinary in a new light. He sees creating and experiencing art as a way to enhance the human experience. “As we create, we reveal so much about our lives, our loves, our hopes, our dreams, our fears, the things that indeed make us human,” he says. “I have always tried to understand the implications of certain events in my life and through creative expression I am able to reflect upon experiences with clearer vision.”

McIntosh’s work has transformed from figurative sculpture with a medico-anthropological starting point to works with minimal subject other than material, processes and an exploration of a visual language of marks. As a mark maker, he lies within a tradition of drawing. He is also creative facilitator providing bespoke training across educational and business environments, and he lectures and writes about artists’ professional practice. 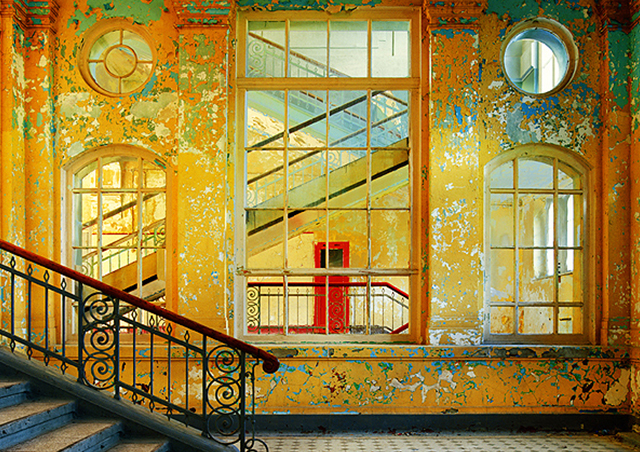 Hassan J. Richter strongly considers himself a documentalist of East German monuments and of the consequences for this region after the turnaround of 1989. He traces its wounds and changes, and lifts the experiences of this local history metaphorically onto a higher level of human handling of successes and crises, ups and downs, values and superficialities of human existence. Working solely as a photographer since 2007, Richter focuses on the topic of “decay and decline.” According to him, decay is an image for the questionable way of how our modern society deals with its own history: it gives evidence of the fast-moving nature of today, its brittleness, and the suppression processes. Or, the human unwillingness to establish and preserve a fair and critical view on history. 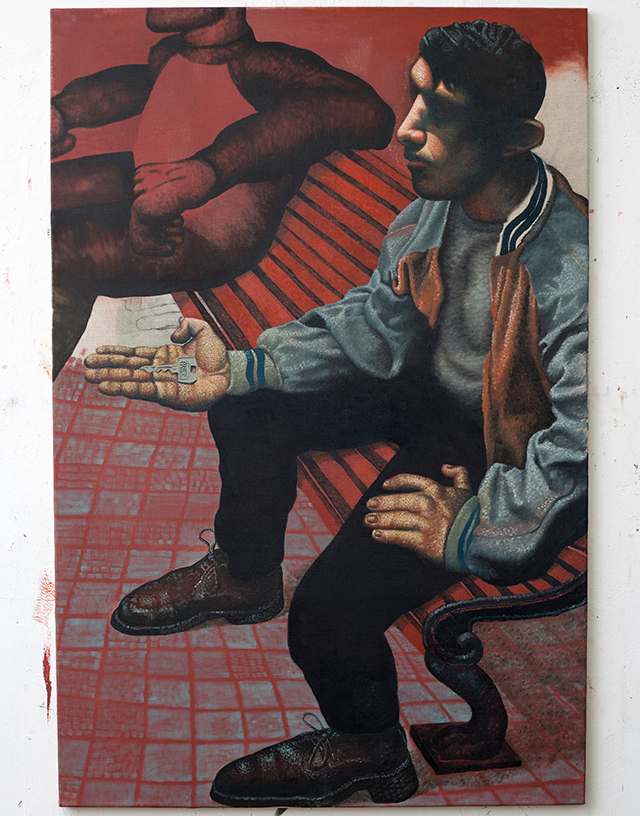 Everything Bendt Eyckermans paints is true; every subject is an event or a recent memory that he has to process through painting. He bases his paintings on his friends, the Antwerp nightlife, and love. “I paint to capture fragile memories. Paint is the perfect medium to express emotions and the impermanence of both the canvas and the memory,” he says. The subjects of Eyckermans’ paintings are meaningful people or places in his life. In these paintings, he explores the boundaries between realism and expressionism, which lead to subtle deformations of his models and an expressive portrayal of color and light. His paintings are a meditation that wants to develop a universal visual language driven by emotion, situation, and atmosphere pursued in the painting. 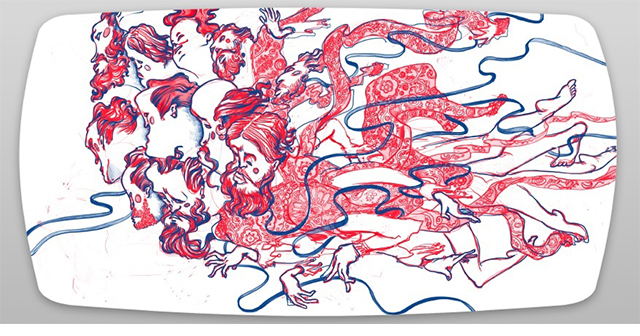 Born in Saint Petersburg, Russia, Alexandr Grigorev is an architect, illustrator, and founder of the design studio “oneione design.” He creates a wide range of works from fine art to conceptual art, and is mostly focused on social topics and pop culture and their collaboration with traditional Asian and Russian art. Grigorev says his childhood spent moving to places like the Kyrgyzstan mountains near the Chinese border, Siberia, Prague, Saint-Petersburg, and London affected his art and influenced him to connect European social reality with Asian and Russian traditions. 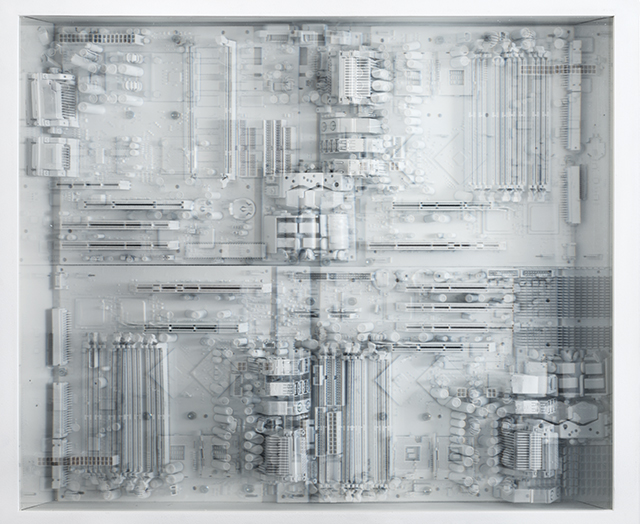 Maria Jimena Herrera’s work mainly focuses on two concepts: The first is how the passing of time affects objects. This has led her to develop a taste for materials that have been discarded by nature or by human beings. She has found it fascinating to work with these waste products because she is able to change their meaning from waste to something beautiful and desirable. She also sees these materials as objects that have great meaning in regards to social, economic, and environmental issues. Herrera’s second focus is on creating painting without employing traditional means. She has produced images or pictoral objects using elements of everyday life: colorful objects with attractive shapes that have the potential to be used as raw material.