Introducing In the Loupe, a series that closely examines the history, meaning, and creation processes behind the most fascinating types of collectible art and antiques.

What makes a Persian rug so highly desirable today? Much of a rug’s rarity and worth has to do with how it was made – both the process and materials used.

Thousands of years before what’s considered the “Golden Age” of Persian rug making, common villagers made informal type rugs with simple, varied patterns. Later, during the 16th-century Safavid period when Shah Tahmasp introduced carpet production factories at court, carpet making turned into a more established craft and owning rugs turned into a status symbol. Weavers began to incorporate more intricate, formal designs into their masterpieces that came to be associated with Persian rugs. 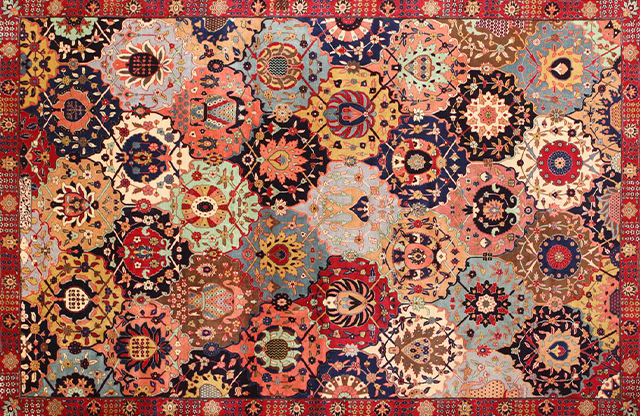 This exquisite Tabriz rug sets itself apart from others of the style due to a relatively thin border that lets the heart of the Persian rug shine through. The thin borderâs rich crimson background sets up elegant contrast against the floral motifs present throughout. These same themes are at their most defined at the core of the antique rug, where they are amplified in terms of size and color. The floral elements overlap and draw attention to their individual form, all while standing out on their own through the skillful use of vibrant highlighting.

In the late 16th century, Shah Abbas introduced a program to reconstruct the economy, including the Persian carpet making industry. He signed treaties with European countries like Spain and England and brought silk merchants to the then capital city, Isfahan. Later, when the Afghans invaded Iran in 1722, Persian carpet making declined until European demand became strong in the late 19th century.

Traditionally, skilled carpet weavers used high-quality silk and dyes to hand make what were considered the most valuable of Persian rugs. Today, rugs can be mass produced by machines with cheaper materials like cotton or wool. However, those made in detail by artisans that follow the traditional hand-making process see higher prices at auction, alongside vintage and antique rugs dating back to the Safavid period.

The type of dye used also contributes to the value of the rug – natural dyes, due to their beauty and the knowledge and skill required to use them, are more expensive than synthetic dyes. 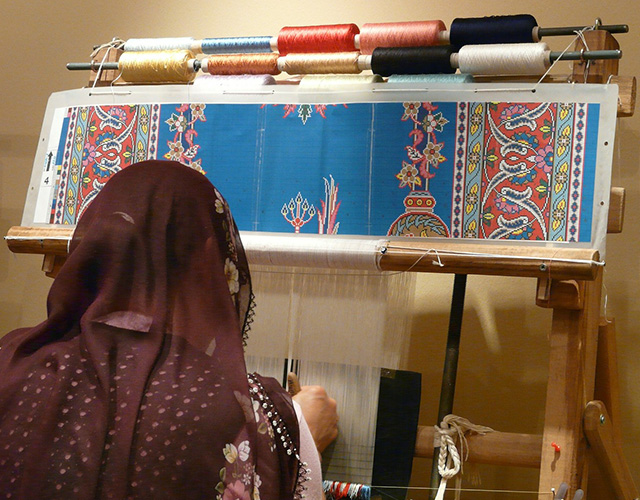 The conventional wooden loom on which antique Oriental rugs (including Persian rugs) were woven involved a “warp,” vertical strands of silk, cotton, or wool attached to two horizontal wooden beams, and “wefts,” strands of the same material woven horizontally over and under the warp. Rows of knots were then tied between wefts. Having thousands of years of success and little need for change, this process is still used today. 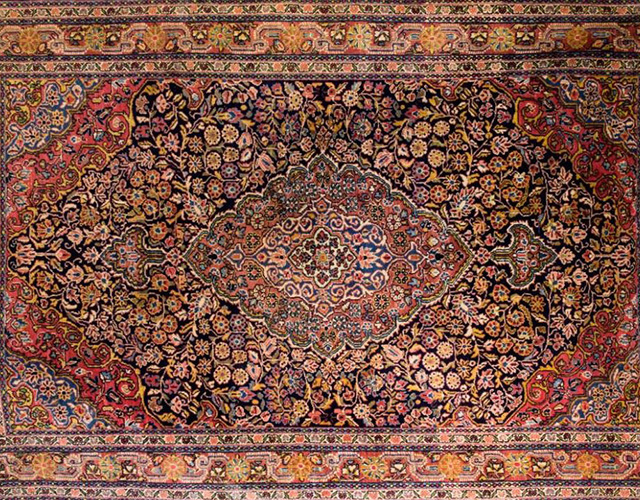 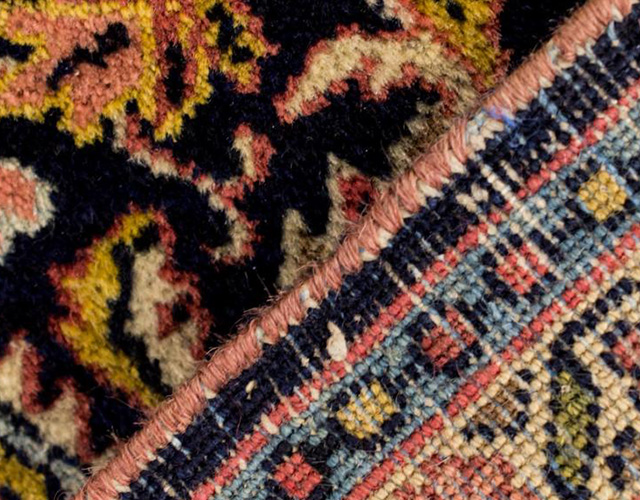 (See above lot details) A closer look at knots tied into an intricate rug pattern.

A major part of Iran’s culture and art, a Persian rug is unique in that it carries with a link to the past (the art of carpet weaving is believed to date back at least 3,500 years) and in its design, which varies by region and tribe. Persian rugs are difficult to craft in that they feature curved weavings rather than geometric ones, which take much more skill and time on the part of the weaver. The overall process of creating a fine, handmade Persian rug could take a weaver a year or more to complete.

Depending on the material, type of dye, age and time period of origin, size, and overall maintenance, can reach prices between $15,000 and $40,000. Factoring in these criteria as well as who previously owned it and who it was made for, a rare rug can reach well into the millions at auction, much like the 17th-century Sickle-Leaf Carpet that sold for $33.7 million at a Sotheby’s New York auction in June of 2013. What Buddhist Sculpture Means for Your Collection