The emission of light from natural and artificial sources can transform how we experience a work of art. While not always immediately apparent to museum visitors, presenting a work of art in the most advantageous way requires close collaboration between curators, museum technicians and preparators, and artists’ studios. It involves a careful balance between showing a work of art as wholly as possible while carefully protecting the piece from harmful UV rays that can, over time, fade the picture and impact a work’s condition and longevity. If done correctly, this effort behind the practice is seldom apparent.

To explore the painstaking process of lighting art – from oil paintings of the Renaissance to bronze sculptures to contemporary works – and to learn how these rules can be applied your personal collection, we polled four stakeholders whose work is directly responsible for producing museum exhibitions, and ultimately deciding how best to light a work of art for both practical and aesthetic purposes.

“Museum staff and living artists often communicate the parameters of a lighting design,” says Charles Sthreshley, exhibits specialist in lighting who has worked at three renowned Washington D.C. museums over the past 20 years. “The exhibition designer and curators offer their opinions of how the lighting should look, whether it should be dramatic or have a more even look.”

The curator, the lighting designer, and the conservator are the three individuals that usually influence decisions the most, adds Nat Silver, assistant curator at the Isabella Stewart Gardner Museum in Boston. “It’s really about the conversation between the three.”

For consultants like Matt Franks, who works at Arup, the firm commissioned to head up lighting design for the new Whitney Museum, the process is a bit more complex. “For the Whitney, we worked with local architects on designing lighting systems for the building. We created the gallery lighting infrastructure – the track systems – and worked with the museum to determine the spacing of the tracks, what types of fixtures go on the tracks, and what types of accessories they’d need.” 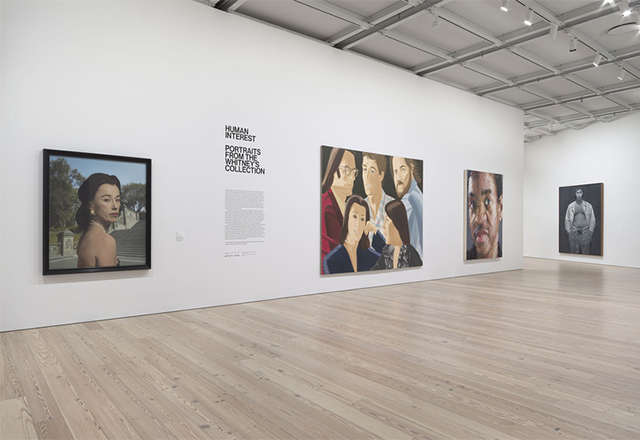 “In general, we work with everyone – architects on the aesthetics of the system, the curators on what the light looks like, the museum lighting specialist on how logistically the system works, and the conservators on understanding what type of light levels they need. There tends to be a long process behind making these lighting decisions,” says Franks.

Conservators, says Sthreshley, have the last word on exactly how many “foot-candles” – the unit used to measure intensity of light – or “lux” are allowed to shine on each piece.

In a museum environment, preservation is the number one priority, and all decisions about lighting are made with that in mind, says Sthreshley. The lighting designer’s task is to make works of art look their best with the minimum amount of light.

Acrylic and oil paintings can withstand a moderate amount of light, about 10-25 foot-candles, for many years, says Sthreshley. “Typically, most institutions with target around 20 foot-candles of electric lighting for paintings. Sometimes there are variations depending on how sensitive certain works are,” notes Franks. 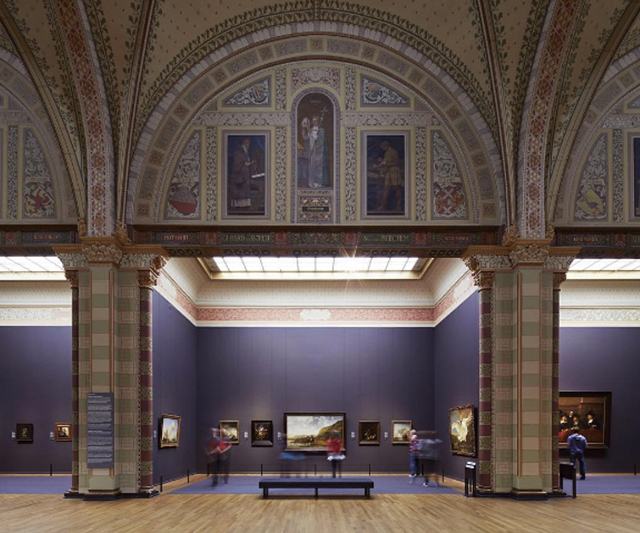 Watercolors, photographs, drawings, and other works on paper must be displayed in very low lighting (about 5 foot-candles) in order to preserve the artwork’s integrity and avoid drastic color shifts and fading. As a point of comparison, typical office lighting or reading lights tend to be about 40-60 footcandles.

Because of their delicacy, “most museums will generally not keep drawings on permanent display – they’ll cycle them out. They may show a drawing for 3 months and then keep them in storage for 9 months or maybe longer,” says Silver. Textiles, he adds, are also much more susceptible to damage in strong light.

For many contemporary works, rules are a bit more loose in terms of light intensity, says Franks. “Generally, whether it’s a Renaissance or contemporary oil painting, the conservation world will tell you that both should have the same limit of light levels, despite the time period in which it was created. That said, there are [some] contemporary works that are not made of light-sensitive materials – like stone, glass, metal – and in those cases, there’s not as much of a limit.”

In the museum world, the natural light that peeks into galleries can be both an asset and a challenge. “What we typically do to at the Gardner protect works from fading is put shades on the windows – all of the windows facing the exterior of the Gardner museum have shades that are permanently down. These shades are made of a very fine netting fabric – light can penetrate but they’re semi-permeable. We don’t want to eliminate sunlight completely because we want people to be able to experience the effects of natural light on the works,” says Silver. 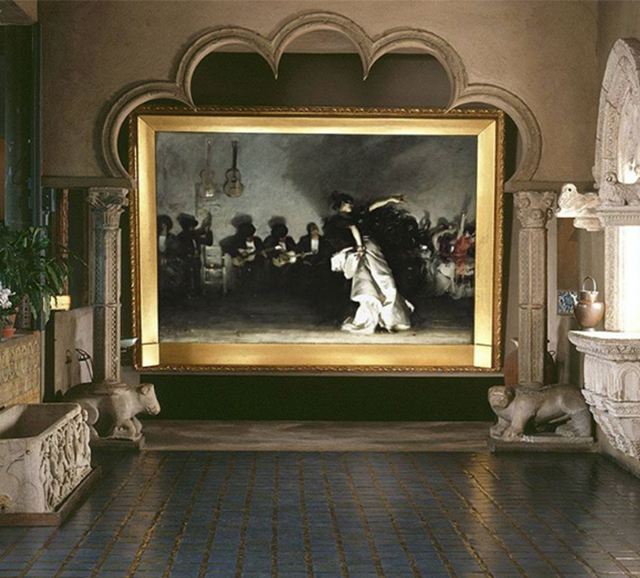 “At the MFA, if we have access to sunlight, we will sometimes use it to our advantage in exhibitions. For example, we used the light from the skylights on the third floor in the American wing for the Lawren Harris show a few months ago. The sunlight enhanced the artwork – but we were able to control how much was let in,” says Keith Crippen, Head Designer, Exhibitions and Design Department at the Museum of Fine Arts, Boston.

Most museums use track systems to light two-dimensional artwork hung on walls. Before art is installed, walls are lit by hanging evenly spaced fixtures on the track closer to the wall. These are called “wall-washers” and contain an opening with a 45-degree angle with a reflective metal plate on the longer side to “kick” the light up the wall, and a glass lens that spreads the light horizontally, explains Sthreshley. Track lighting systems that are used in museums are robust and have fixtures that accept a range of accessories for modifying light.

“Museums use track lighting for convenience and flexibility. One of the bigger decisions is whether there is going to be another layer of lights. That decision gets made fairly early on with the architect, and sometimes with the curators and conservators,” adds Franks. At the Whitney, Franks and his team were not tasked with creating that additional ambient layer. A curatorial decision by museum staff, the Whitney chose to use wall-washers for most of their work. “Instead of having a more theatrical effect, everything is illuminated evenly.” 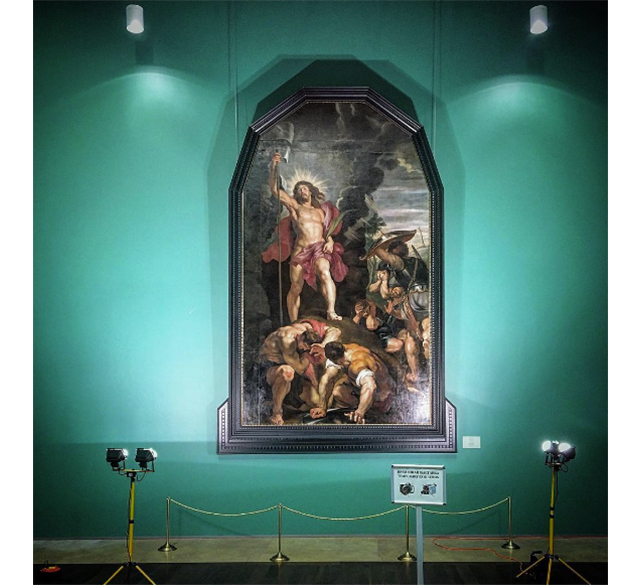 “Resurrection” by Peter Paul Rubens. Photo courtesy of the Hermitage Museum
via Instagram

For museums that opt for more drama, a second system of spotlights or object lights is hung on an inside track, behind the wall-washers, and the intensity of the light is often adjusted individually to the artwork. The Smithsonian American Art museum in Washington, D.C., for example, takes the opposite approach of the Whitney. Each piece of art is illuminated based on what that specific piece requires in an effort to emphasize the work’s focus.

Things get tricky when paintings have a highly varnished or glossy surface. The lighting designer must then position the lighting fixtures in a certain way to divert the resulting glare towards the floor, and away from the typical viewing area. Lighting designers also have to factor in brightly gilded gold frames, which can distract the viewer by creating a glare. Mid-20th century paintings that don’t have frames cause the light to “spill” over onto the walls, which is also distracting to the viewer. Sometimes, compromises need to be made.

Sculpture has an entirely different set of considerations for lighting than flat art. A sculpture placed in the center of a gallery is usually lit from four or more directions with particular attention paid to the symmetry of the shadows. If the sculpture is on a pedestal or base, these are also from multiple angles. 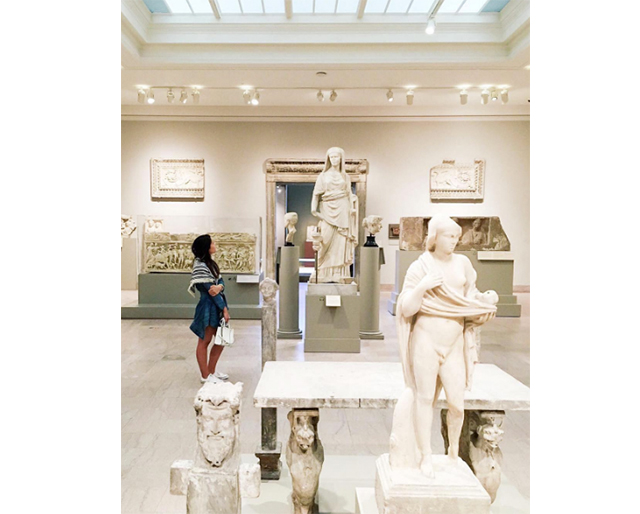 Photo courtesy of the Museum of Fine Arts, Boston
via Instagram

Different sculptures react to light in different ways. For example, if you were exhibiting a group of Rodin bronze sculptures , and you decide to go with a dramatic aesthetic, this approach may reveal only certain areas of the bronze, not letting the viewer properly see the whole sculpture. With bronze, says Franks, you might need a more general ambient light. Similarly, when placed under a spotlight, marble sculptures tend to look washed out.

“If you light sculpture just from one angle, you’re flattening it out. If you want to express its three-dimensionality, you’ll have to make sure it’s lit from multiple angles. The process requires a lot of trial and error,” says Franks.

Seeing Art in a New Light

Over the last 10 years, advances in lighting techniques and types have helped museum specialists create a better experience for the visitor. “We’re constantly looking for new solutions for lighting, and looking to new advances in technology to help us light parts of our collection while still making sure vulnerable objects remain preserved,” says Silver. “We have added new fixtures in the ceilings that don’t spotlight specific works, but rather contribute to an overall ambience in the galleries.” 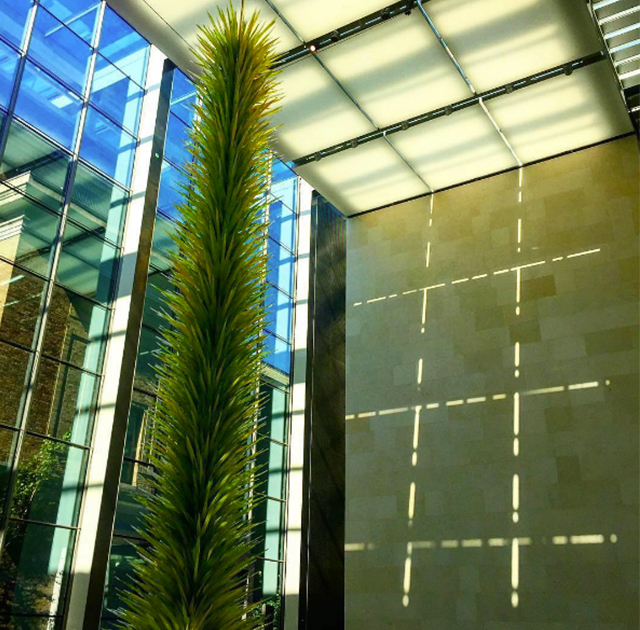 One of the biggest movements in museum lighting happening right now is the transition from traditional, less efficient, incandescent lighting to LED lighting, says Franks. “That was a big decision for the Whitney. They decided to move forward with LED after reviewing both types – and that’s been the trend as of late.”

And while traditionally, museums have chosen to light contemporary art equally with wall-washers, living artists are stepping in. “More artists are realizing that lighting is an essential component of the viewer experience, and they’re more prone to request specific ways their pieces are lighted to enhance certain areas of the work. It’s been less of a white box approach in the last 10 years. Dale Chihuly, for example, is one artist who is very involved in the lighting of his works – he is intensely focused on how his sculptures are represented,” says Crippen. 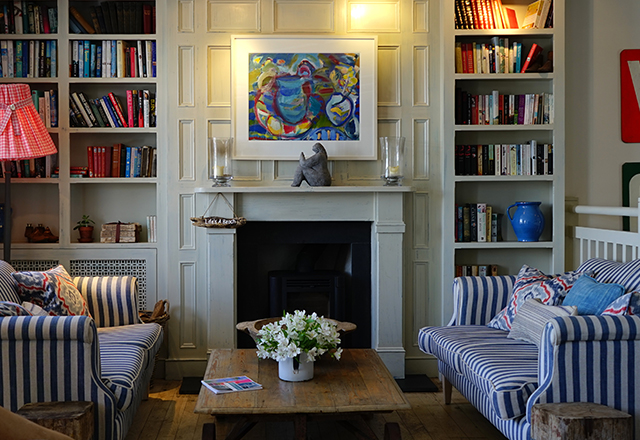 How to Experience and Critique Art