Once summoning travelers from near and far, vintage travel posters have come to serve as delightful reminders of happy vacations, honeymoons, and historic periods in time. Now seen as art and highly sought after by collectors, there has been a particular resurgence in the interest in rail line and airline travel posters, says Mickey Ross of The Ross Art Group, which specializes in original vintage posters.

Travel posters began in the early 20th century as a form of powerful advertising. With their brilliant colors and ability to radiate a sense of adventure and exploration, they enticed people to book trips by train, plane, and boat with travel agents and visitors bureaus.

“Travel posters have a wonderful charm to them, as they relate to people going to enjoyable destinations in their most favorable light,” says Ross. “They also allow for collectors to own artwork by famous artists at low prices, which has also led to increased interest.” Ross, who’s collected original vintage posters for over 10 years, gave a better sense of travel poster history, how they transformed from ad to art form, and the reason behind their modern day allure. 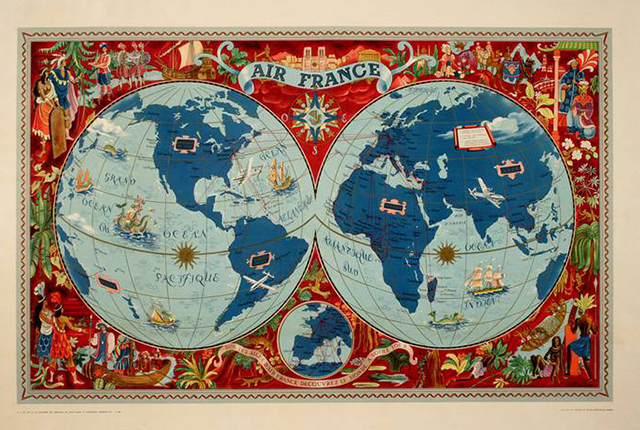 How exactly did the travel posters we know and collect today come about?

Mickey Ross: The most popular travel posters advertised rail and airline travel. For rail travel, most of the posters were commissioned by the rail lines themselves. They were commissioned in a fairly standard format because the typical way of displaying them was inside rail stations. There would be premade train posters that hung on the wall, and the local trainmaster would switch out the poster as new ones came in. So the travel posters would be in the same format and would wonderfully represent city and resort destinations, as well as weekend getaways.

If we think back to the turn of the 20th century, this was the early spread of the distribution lines of the rail companies. They reached more destinations and had to promote travel to these destinations. At the same time, they had to convey to people how much quicker this was than anything previously available.

How did travel posters turn into collector’s items?

MR: A number of very famous artists worked on travel posters in the early era, and many people collect for the artist. They’re also collectible because of their beautiful graphics – they show charming scenes and beautiful colors – and because of their destinations. They might symbolize an important time in someone’s life, be it a honeymoon, or a place they studied, or a place the family frequently visited.

Rail and airline posters were created in a size that’s easy to bring into our homes today. The average size is approximately 29 x 39 in., so it’s a size that suits a small apartment. The other nice part about the size is that posters are easy to move around in a home if you’re redecorating. Over the years, we’ve had a number of people that have purchased travel posters strictly because of their decorative value, others because of the history of rail travel or the special meaning of a destination, and others for the special meaning of that period in time. 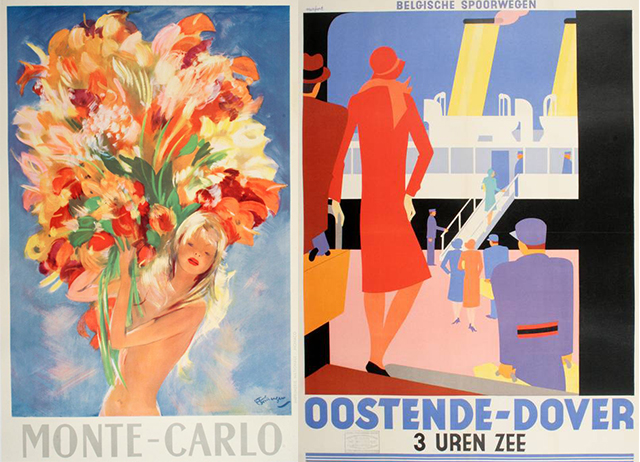 How were travel posters affected by art and technological movements?

MR: If we look at the continuum of travel posters, historically from 1900 through 1940, you’ll see different styles as well. When Art Deco was popular from 1925 to 1939, the movement influenced most travel posters of the time. In the early 1900s, they were more Art Nouveau-influenced.

With the advent of the airplane, as commercial aviation became a factor, which was in the 1920s and onwards, the airline companies were doing their best to promote the advantages of air travel. They stressed the harder to reach destinations that weren’t readily accessible by railway and the comfort factor of the planes. European companies promoted themselves at airports and through travel agents using the poster medium.

Of course, from 1900 to about 1950, TVs and computers didn’t exist, so the poster medium was a very strong and significant way of advertising.

How collectible are travel posters today, and who collects them? Are there any trends?

MR: There is a resurgence in the interest in travel posters in terms of rail line posters and airline posters. People have come to appreciate the affordability of travel posters compared to alternate forms of artwork. They realize how there is a worthwhile collectible factor to travel posters: they provide a unique slice of history while also being decorative. They also give people the chance to cover their walls in collectible artwork at very reasonable prices.

We generally find that people don’t just buy one travel poster for their homes. We also typically see travel posters placed in family rooms, living rooms, and kitchen areas. They are also inviting, so we will see them placed in reception areas of the home.

There’s a very significant collectibility of travel posters on the commercial side. They make wonderful pieces for executive offices, conference rooms, reception areas of office settings. Sometimes international companies want posters of the origin of the various offices that they may have.

What is your number one recommendation for poster collectors looking for original, authentic works?

MR: First and most importantly, deal with a reputable poster dealer of original vintage posters. The keyword there is “original.”

Second, the typical travel poster is anywhere from 25 to 28 inches wide and 35-40 inches tall. So if you’re dealing with something that’s outside of that size range, it might be reason to question it, although it’s not the dimensions alone that convey originality. However, if you get a travel poster offered to you in multiple sizes, for example, that denotes a reproduction. 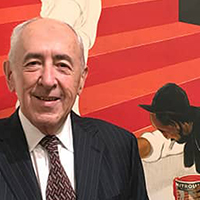 The Ross Art Group was founded by Mickey Ross over 20 years ago, to offer the vintage poster enthusiast his unique aesthetic within the poster world. Having collected Original Vintage Posters for over 10 years, Mickey felt that he would be able to combine his personal design taste along with his business background to bring a unique character to the fine art world. After completing his MBA program at the University of Michigan, Mickey had a successful career in the textile industry for over 20 years. With a background in the design and creation of printed fabrics, it seemed only natural when Mickey began to collect Original Vintage Posters while traveling throughout Europe. What began as a hobby developed into a passion, and that passion has now become a thriving business.