There are few watches more overtly masculine than those made by Breitling. Known for their oversized cases and chunky lines, the Swiss watch manufacturer has made an art of pairing aggressive style with high functionality to create watches that are at once practical and aesthetically distinctive.

Depending on the style, Breitling watches range from $1,000 for the classic Chronomat to $15,000 for the distinctive Navitimer.

Much more than just a pretty face; behind the dial of every watch beats well-over-a-century of Swiss know-how and ingenuity. These are “tool” watches that, first and foremost, have a functional purpose to serve.

Founded by aspiring watchmaker Léon Breitling in 1884, the focus of the company was always on one type of watch complication: chronographs. This single-minded dedication led to a number of developments that have had a lasting impact on modern day watch-making: the creation of the first independent chronograph push piece in 1915; the patenting of the first chronograph system that separated the stop/start functions from that of the reset function in 1923; the creation of the second only independent reset push-piece in 1934; and, finally, the unveiling of the first-ever self-winding chronograph movement in 1969.

This commitment to accurate timekeeping led Breitling into the world of aviation. The company “earned its wings,” so to speak, all the way back in the 1930s with the construction of highly specialized on-board chronographs designed for aircraft cockpits. Considered indispensable by the pilots who used them, the timing instruments were so highly regarded that they were even used by the Royal Air Force in the famous World War II propeller-driven fighter planes.

This relationship with aviation continued through the 1950s and 1960s, as Breitling’s on-board chronographs became standard equipment, first on the propeller-driven planes and later jet aircrafts. While the direct connection to aviation isn’t as strong today, Breitling continues to be the watch of choice of many aviation enthusiasts.

Breitling has produced a broad range of models over the years, which means you’re pretty much guaranteed to find yourself an excellent deal in the secondary market no matter what your taste is. Given the wide range of options available, we present our Breitling style recommendations to help get you started. 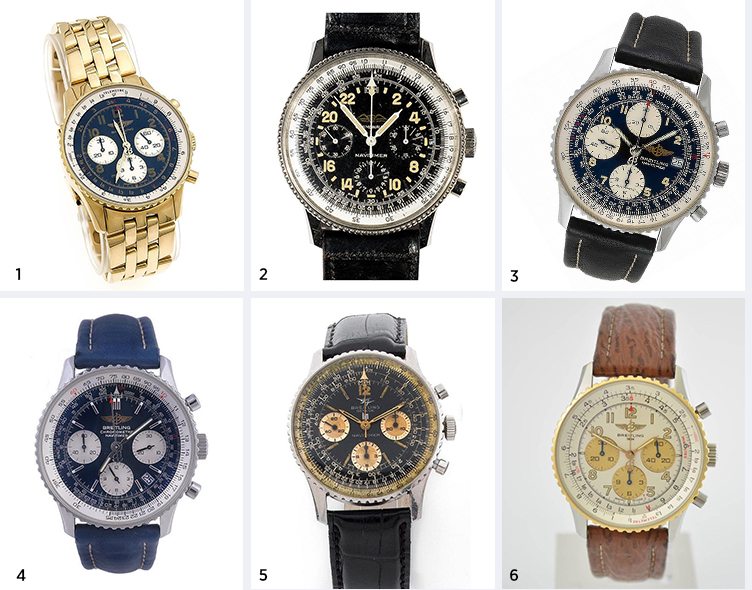 The Breitling Navitimer is arguably the quintessential pilot’s watch. Launched back in 1952, this distinctive watch features a fully functional circular slide rule serving to perform all navigation-related calculations. Continuously manufactured for almost 60 years, the Navitimer is the world’s oldest mechanical chronograph still in production. In 1962, astronaut Scott Carpenter wore a Navitimer on his orbital flight aboard the Aurora 7 capsule, which he used to distinguish day from night, and which thus became the first wrist chronograph to be used in space. Not surprisingly, models in this series are highly coveted by aviation buffs and astronomers alike. 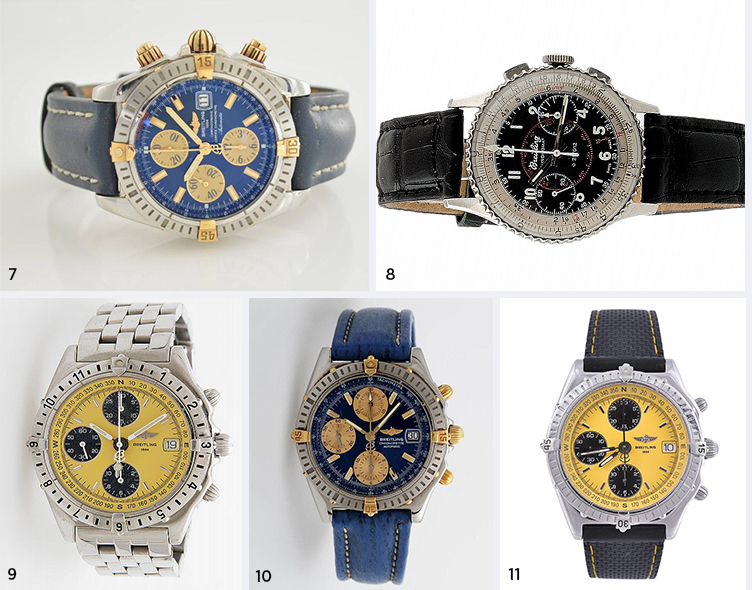 The Chronomat is another Breitling classic that distills the chronograph down to its purest form. Available in a variety of metals, dial colors, and sizes, the Chronomat is a stalwart of the Breitling range and popular with both pilots and businessmen who want a functional, attractive-looking watch that can handle a few knocks without getting its mechanical nose all out of joint. 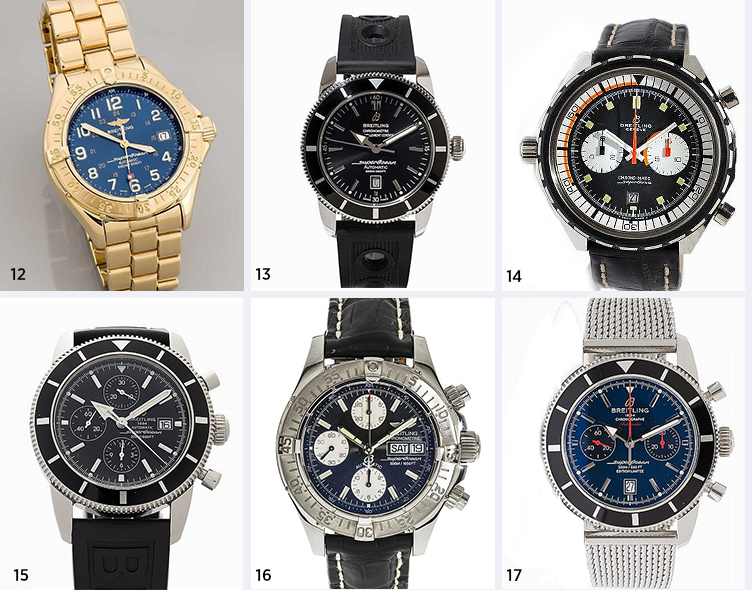 The Superocean is Breitling’s version of the dive watch, and is popular with both professional and recreational divers for its reliability and precision. Depending on the model you choose, you’ll get water resistance all the way up to 500m (1,650 ft), a uni-directional rotating bezel complete with a countdown timer for timing dives, and above all else, a stylish timepiece that will turn heads wherever you go, especially if you opt for one of the gorgeous blue dial versions. 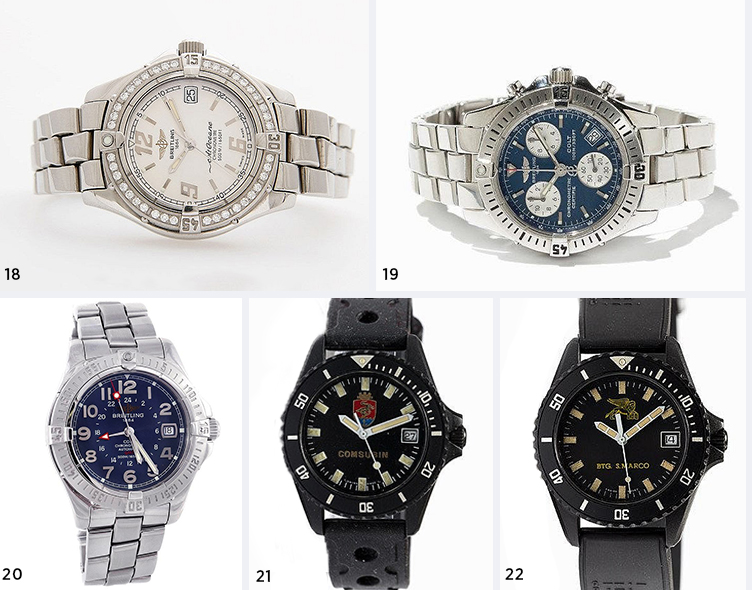 The Colt is arguably the most no-nonsense of the Breitling models, but that is by no means a bad thing. It’s a simple, minimalist watch for those who just want to keep time reliably, yet it makes a bit of a statement on the wrist without going overboard. But don’t let its relatively small stature fool you: the Colt was originally designed for members of the armed forces, and it’s one tough cookie. Plus, it looks great with just about anything.