The Invaluable community is made of up of colorful and passionate individuals with impressive, carefully curated collections that deserve to be shared. In the first edition of our “Why I Collect” series, we spoke with avid users Herb Ascherman, Ron Atwood, and Donna Tonelli to get a sense of their fascinating collecting tastes and techniques, and reveal what exactly it is that fuels their passion for buying items on Invaluable.

Herbert Ascherman was inspired early in his career to learn about the history and methodology of photography, which began in earnest in 1839 when Louis Daguerre introduced the daguerreotype process. Some of the first books in his library are seminal texts by Ansel Adams and Diane Arbus. Now, his collection is made up of books from almost every city and country he has visited, many in different languages. Ascherman’s library holds over 2,000 volumes, including 1,500 first editions and 900 signed copies. 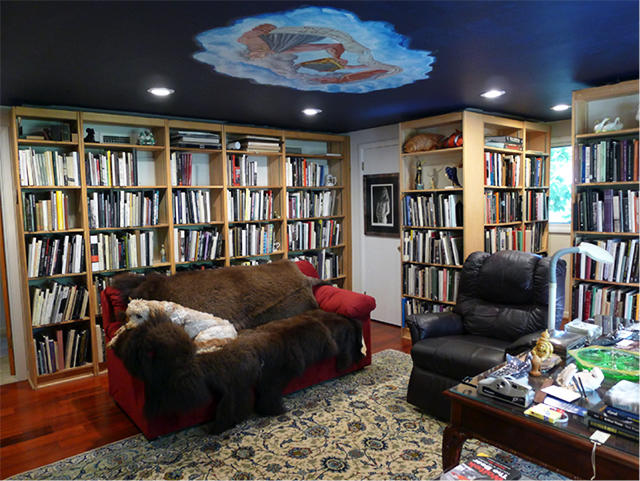 “There are as many different Dag collections as there are Dag collectors,” says Ascherman. He notes that until later photographic processes began in earnest in 1865, millions of American and French daguerreotypes were produced on diverse subjects, including portraits, architecture, and special occasions. One distinction between the two countries of origin is that American daguerreotypes are usually found in small handmade cases of wood or leather, while French examples are mounted in a passe-partout and hung for display. 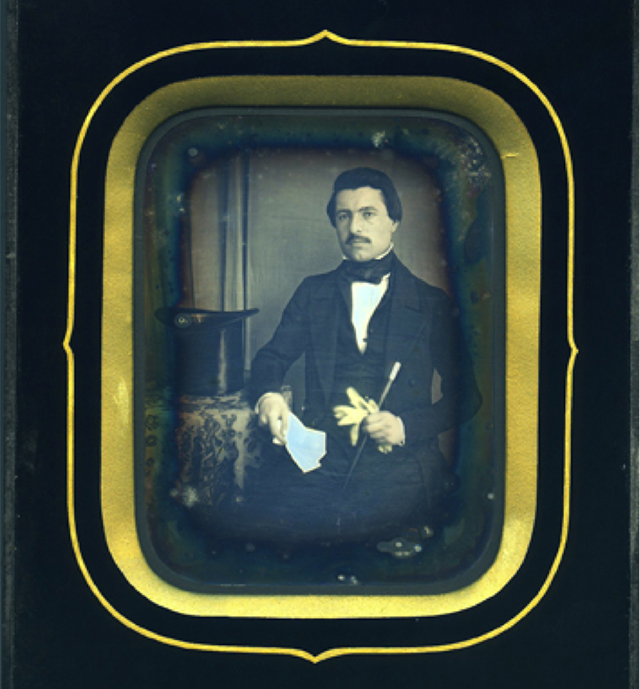 Daguerreotype in Ascherman’s collection. Photo courtesy of the collector.

“Daguerreotypes have always attracted my attention and affection,” Ascherman states, “they are still easily acquired (we call an afternoon at an antique fair or house sale “The Hunt”) through reputable dealers who prize quality over commonality, or by arduously combing the internet and auctions online (provided handily through Invaluable).” 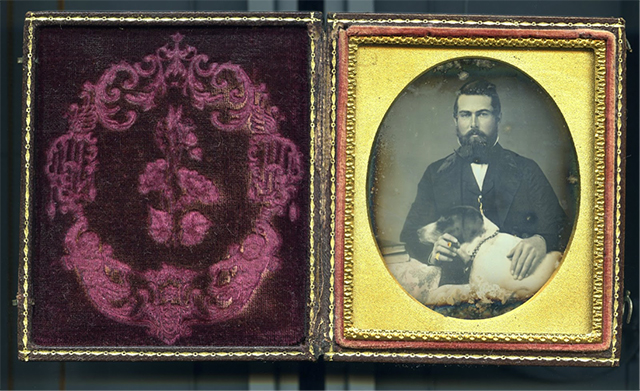 Ascherman’s “dog and cigar” daguerreotype. Photo courtesy of the collector.

Ascherman’s collection of daguerreotypes is focused on the subjects of cigars and people with dogs. He says, “my personal collection is displayed in formal cabinets and places of honor throughout my home. For the past dozen years, I have collected people with dogs almost exclusively, my favorite image being of a man with a dog AND a cigar.” 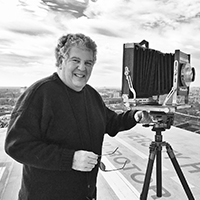 Herbert Ascherman is a fourth-generation Cleveland resident and renowned portrait photographer who began collecting photography books and daguerreotypes (early photographs taken using an iodine-sensitive silvered plate and mercury vapor) in 1972. In his own work, Ascherman exclusively uses black and white film hand-printed in a platinum process patented in 1873.

Ron Atwood is passionate about bringing joy and excitement back to collecting African art, whose influence is felt in the work of great artists from Pablo Picasso to Henri Matisse and onward. He says “becoming enchanted and inspired by African sculpture is something [he shares] with the founders of the modern art movement in the early 20th century and legions of others today who may not even realize they are looking at current textile patterns, furniture styles, and haute couture borrowed straight from Africa.”

“Thousands of articles, books and images of African art are now available over the internet, just as this service from Invaluable is now a resource for everyone around the world.”

Before returning from his work with the Peace Corps in Liberia, West Africa, Atwood travelled to Ibadan, the largest native-built city in Sub-Saharan Africa, where he acquired this small Yoruba “ibeji” statue. While not from a master sculptor, Atwood’s first antique African sculpture is still one of his favorites because “he has a presence that is dear to my heart, that of a man who knows himself, stands firmly, but does not need to self proclaim. He represents a spiritual guide and mentor to my own behavior…” 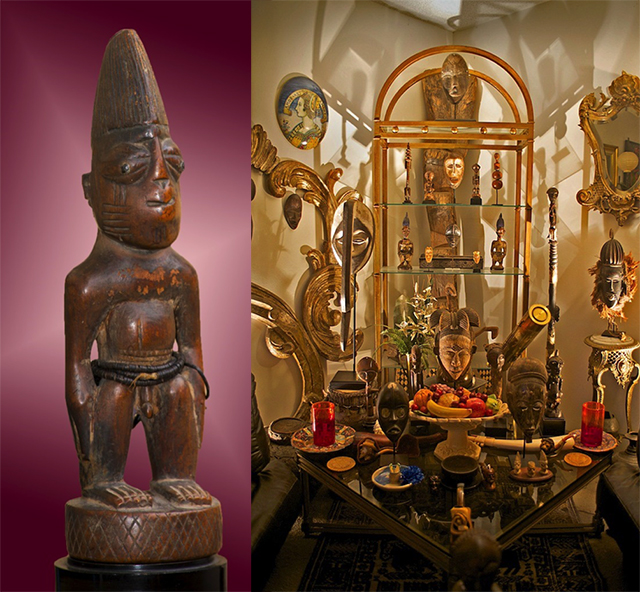 Atwood is also excited about one of his newest acquisitions, a heart-shaped Kwele mask from a tribe that resides in neighboring Congo and Gabon. He states that there are few published pieces of the same style in public and private collections, so “now I have such a wondrous piece and I must say, I think it is the best I have ever seen anywhere. What a joy to look at her beatific face with subtle details not present in any other. Best of all, I can do this each day in the comfort of my own home. That’s the payoff of collecting from the heart.” 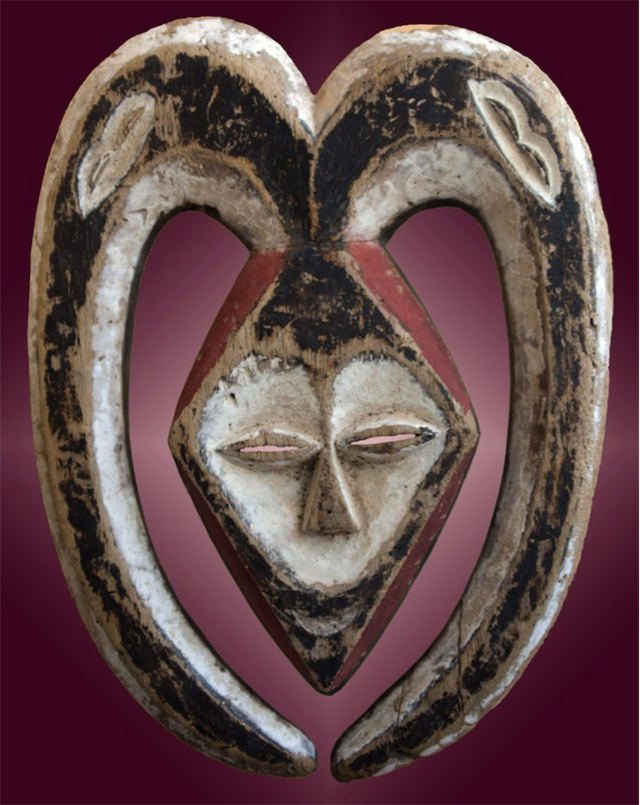 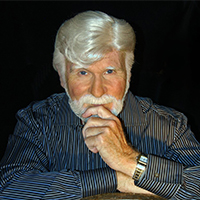 Ron Atwood was the first honors graduate in African Art from the African Studies Center of UCLA in 1968. He sold his first piece of art after returning from the first Peace Corps service in Liberia in 1965. Since then, pieces from the inventory of his gallery Atwood African Masterworks have been selected for exhibition at the Yale University Art Gallery, the De Young Museum, the Art Institute of Chicago, the Metropolitan Museum of Art, and many other prominent institutions. All but one of the works exhibited from his collection were never-before-exhibited discoveries purchased by Atwood, the longest established dealer on the west coast of the United States.

Donna Tonelli and her husband became part of the growing decoy community when they were twenty and living in a small town in Illinois. In addition to becoming a source for Midwest decoys at an early age, their location meant that “the greatest Illinois River decoys were created by men like Charlie Perdew, Robert Ellison, Charles Walker, Bert Graves, and Charles Schoenheider within fifty miles of our home.” 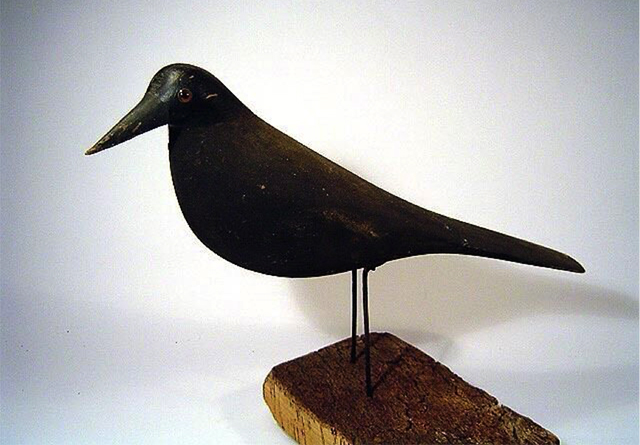 Crow decoy in Tonelli’s collection. Photo courtesy of the collector.

Often, the couple would spend their weekends traveling along the Illinois River selecting decoys. Mrs. Tonelli states, “we built our collections by bartering and selling extra decoys with men like William Mackey, Hal Sorenson, and Joseph B French. Joe would ship out Charlie Perdew crows to Bill Mackey, who sent back an assortment of shorebirds and East coast decoys for Joe to pick from in trade.” 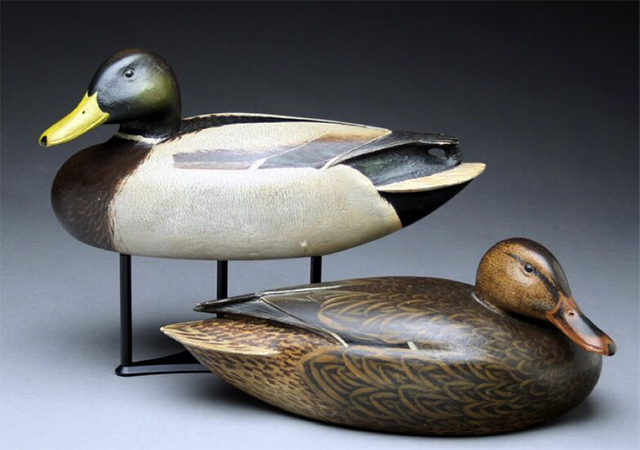 Duck decoys in Tonelli’s collection. Photo courtesy of the collector.

As one of the most prominent collectors in the duck decoy community, Tonelli says that she is “passionate about preserving waterfowling history, which I believe it is an important facet of our American heritage that we are losing because the men who created these wonderful pieces of true functioning folk art were usually local common folk whose work has only receive recognition in more recent decades with the advent of decoy collecting in the mid-1950s.”

Tell Us About Your Collection

Want to be featured in our “Why I Collect” series? Send your story and images of your collection to the In Good Taste editorial team at [email protected]. Why I Collect: Gothic Books, Jukeboxes, Space Artifacts and Beyond 10 Unique Collections and the Psychology Behind Them