The continent of Asia has produced some of the most sought-after works of art in the market today. The history, religion, philosophy, and culture of each country offers a unique perspective, along with a multitude of defining characteristics and individual customs and traditions that directly influence those markets.

Market trends are a primary factor in determining the value of and demand for a given piece of Asian art or artifact. According to Noah Kupferman, Managing Director at Shapiro Auctions, there are “several collecting categories within Asian art that have certainly experienced torrid growth in terms of prices realized.” Those include Chinese ceramics, Chinese furniture, Himalayan sculpture, and Contemporary Indian and Southeast Asian paintings, he notes.

Broadly speaking, buyers and collectors seek a number of unique pieces in styles ranging from antiquities to contemporary art. Some of the most popular collecting categories today include: 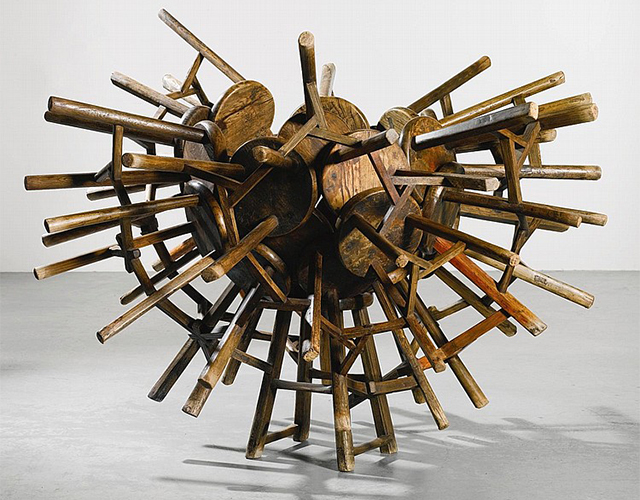 The market for art and antiquities in China, which includes Chinese paintings, calligraphy, pottery, sculpture, and other fine and decorative art, has been one of the fastest growing worldwide markets since it emerged onto the global art scene in the mid-2000s. In terms of auction revenue, China is a top-ranking international marketplace (due in part to its rising prosperity). According to ArtPrice’s annual art market report for 2016, modern Chinese painter Zhang Daqian is the “world’s top auction performer” and “epitomizes the power of the Chinese market, which alone accounts for 38 percent of global turnover.” Other top-selling Chinese artists at auction include Zeng Fanzhi, Cui Ruzhuo, and Ai Weiwei. The popularity of Chinese art has driven up the prices of high-quality and rare pieces dramatically.

Collectors vie for many types of Chinese art, including: 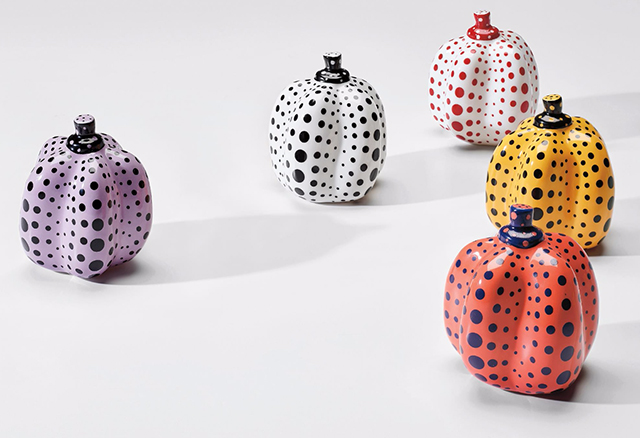 There are a number of Japanese artworks and antiques that are highly valued, such as armor, swords, modern Living National Treasures ceramics, and signature metalwork sculptures. However, in 2013, Japan generated only 0.44 percent of the global art market’s sales.

Some experts argue that one of the reasons Japan’s art market is still small is the lack of general awareness or opportunity to experience art, despite the number of wealthy people in Japan. However, economic policies and the erosion of the yen, causing an international demand for post-WWII and contemporary pieces, have recently energized its art market.

Popular types of Japanese works of art include:

Japanese art encompasses a range of defining themes and elements created throughout the country’s rich history. Korea contributed Buddhist influence on Japan’s artistic development throughout the 6th and 7th centuries, while the Chinese Tang international style defined Japanese art in the 8th century. In general, the most common features and themes include Buddhism, shapes and decor elements based on nature, and spiritual imagery, while contemporary Japanese art often explores themes such as self-identity and finding fulfillment in a modern world. 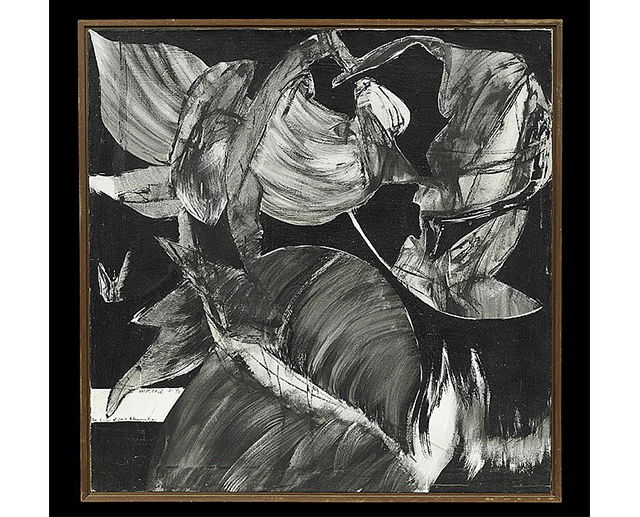 “The Raven of Death and Resurrection” by Wook-Kyung Choi,
New Orleans Auction Galleries (May 2014)

Unlike China and Japan, which both have a history promoting their art to Western society, Korean art has been more overlooked until recent years. While a handful of Korean-born artists – including Nam June Paik, Lee Ufan, and Lee Bul – were internationally known, there was little international demand for Korean art until the 21st century.

Following the Asian financial crises of 1997, Korea became more open to the global marketplace, piquing interest in contemporary art from the region. The art market’s staggering success in 2004 led to international recognition for even more Korean artists.

Collectible types of Korean art include:

Korean art shares aesthetic themes, techniques, and mediums with that of China and Japan, including an emphasis on harmonizing with nature, but maintained its own distinct style throughout its history. According to Korean artistic tradition, importance is placed on the act of creation rather than on the final product, resulting in characteristically simple and unembellished pieces. Korean potters, for example, focused on highlighting the raw materials used rather than technical perfection. 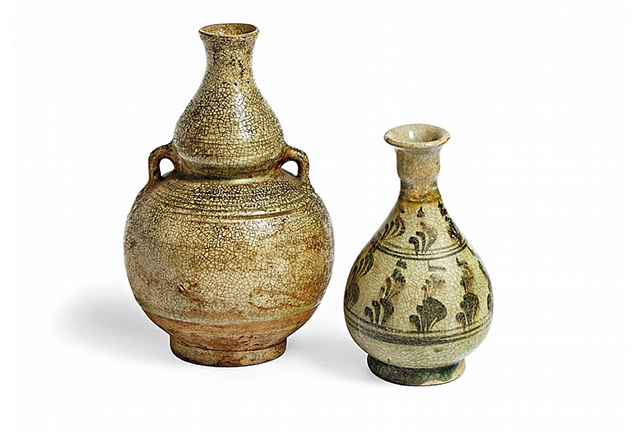 A number of notable modern and contemporary artists have emerged from Indonesia, Vietnam, the Philippines, Thailand, and Malaysia. However, because of Indonesia’s diverse collection of talented contemporary artists, including Eko Nugroho, Nyoman Masriadi, Yusra Martunus, and Agus Heru Setiawan, it is the most popular country within the Southeast Asian art market.

Some of the most popular types of South and Southeast Asian art that see high demand at auction include sculpture and ceramics.

The visual arts in Southeast Asia have followed two major traditions: the indigenous magical and animist tradition and the Indian tradition. Buddhist and Hindu imagery is also common in both. The contemporary Southeast Asian art market includes diverse forms of art as a result of the number of socio-political movements within the region. Its broad cultural heritage is reflected through exploration of national identity and community, cultural understanding, power, and religion. 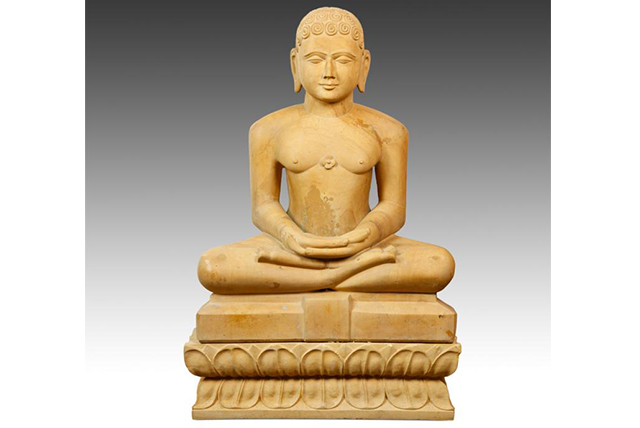 South Asia’s art market, India specifically, suffered greatly following the economic collapse of 2008. Since then, the market has been centered in Mumbai and Delhi, showing signs of resurgence. A handful of notable Indian artists, including Rashid Rana, Bharti Kher, and Jitish Kallat, are now internationally renowned. Some of these artists, among others, produce highly collectible types of South Asian art and artifacts like miniature paintings and Buddhist and Hindu sculptures.

Art within the South Asian regions explores moral and ethical beliefs, government, and social tropes. Indian art is often made of wood, brick, clay, stone, and metal. Sculptures illustrate the importance of dharma, and images of deer are common motifs representing the doctrine of ahiṃsā. These social beliefs and others, such as the spirit of devotion, faith, and respect for moral standards, are often depicted in South Asian visual art. 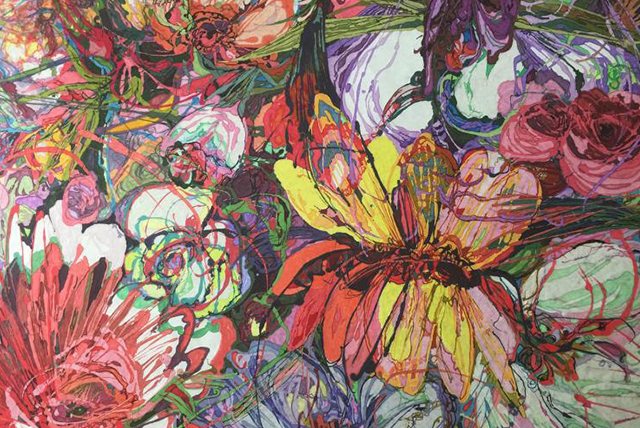 “Under the Sun” by You Si, 2016, Shanghai, China, Chinese ink on rice paper, E-Moderne Gallery

In addition to the market trends explored above, there are a number of factors that affect the value of Asian art. These factors include materials used, condition of the piece, provenance, and authenticity.

Collectors of Asian art must be aware of the rules and history surrounding certain natural materials commonly used. Such materials include:

Jade is historically the most sought-after material in China, and is equated with purity, indestructibility, and power. Ivory has been cherished as a beautiful carving material since ancient times, but government restrictions on ivory carvings have forced ivory to disappear from major auction sales. This, in turn, has driven prices up for wood netsuke and other netsuke materials as artists and consumers look for alternatives.

For those looking to begin a collection of Asian art, the following types of works are a great place to start:

At the very start, advises Kupferman, “the best advice for new collectors is to begin with what you love. Antiques in general can sometimes present difficulties with questions of authenticity. But look and look and look again, and don’t forget to ask questions.”

Next Steps for Seasoned Collectors

If you have the budget for higher-end pieces and know your tastes, consider exploring the following areas of Asian art: 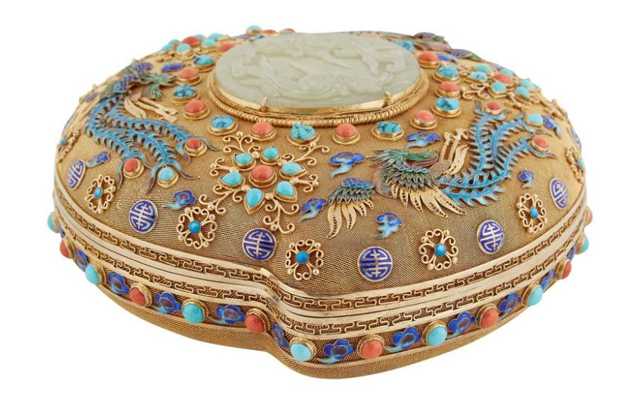 You can now easily buy Chinese art and antiques from online marketplaces like Invaluable; however, you may not have the chance to inspect the object in person before you purchase it. Follow these guidelines to ensure you are getting what you want:

Prior to making a purchase, always ask about the condition of the object and from where it was acquired.

Older works of art are likely to have undergone some repair. Sculpted details on ancient statues may be worn down over time from handling and some pieces have been adhered together. Look for details like this to inform the value of your potential purchase. Consider the extent and quality of the repair work when deciding how much the artwork is worth to you.

Research into a work’s provenance also adds value and credibility to a purchase. Works may have been passed through generations of a family or belonged to someone important years earlier. Understanding the history of the work is just as important as analyzing the quality of the piece.

“When bidding online, do your due diligence. That means getting as much information as possible about the condition of the work, the provenance, and of course the authenticity,” says Kupferman. “There are specialists in each field who collectors should get to know to ask for help, if and when they need it.”

2. If you’re buying at auction, register to bid a few days ahead.

Each auction house has its own registration requirements. For example, on Invaluable, you must register to bid with each auction house on the platform and be approved. The entire process is straightforward, but is better done a day or two in advance of the sale.

If you have any other questions, ask them. If the answer is not satisfactory to you, do not bid or buy.

Make sure your bid or offer is competitive, but not so high that you’d be significantly overpaying.

All sales at an auction are final. For larger items, the auction house will provide a list of good art handling or shipping companies.
Remember: Issues commonly arise when it comes to determining the authenticity of Chinese and Japanese paintings, which makes works bearing artist signatures and ‘mark and period’ (the mark on a piece that corresponds to its actual date of creation) pieces more valuable.

7. Take care of your works.

Like any investment, maintenance plays a substantial role in value. In order to best enjoy and preserve your purchase, take care of your work based on its age and medium.

Refrain from purchasing any art that is in poor condition, especially when it comes to Japanese prints, scrolls, and screens. The only exception to this is if you are certain the piece is rare and can be properly restored by specialized conservators.

The better condition a piece is in, the more value it will generally have. Issues like hairline cracks, ‘invisible’ repairs, and indications that a work may be a reproduction will compromise an item’s worth.

Remember: The value of a piece can significantly increase if you know where it was purchased and who has owned it, which makes documentation and record-keeping crucial when collecting.

Find an excellent selection of Asian art and antiques now available on Invaluable.